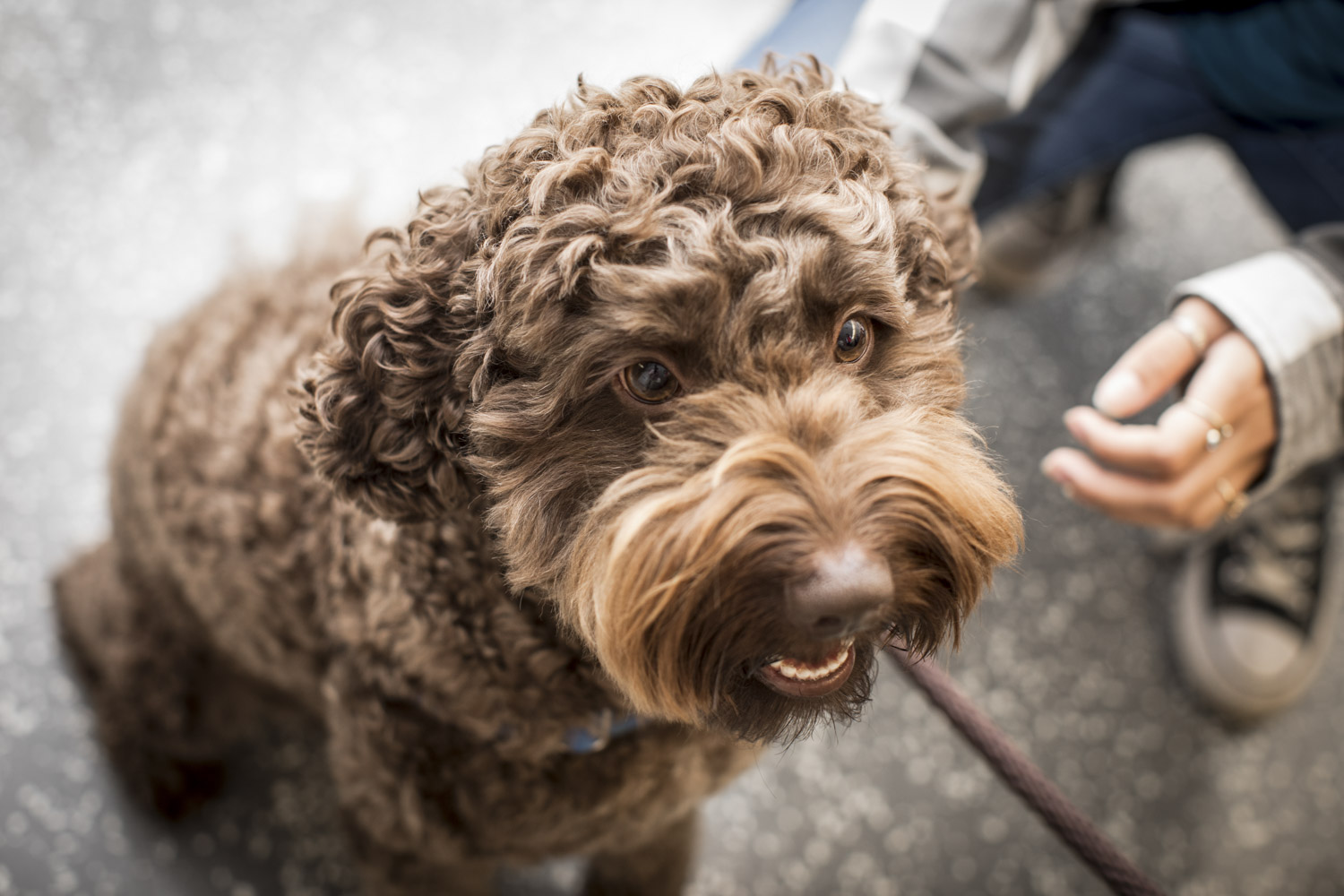 What’s a therapy dog to do during this time of quarantine and social distancing, when it can’t stroll the hospital halls, making health care workers, patients, and families smile?

Get the humans to let you show up virtually, of course.

Kenny, the University of Virginia School of Nursing’s resident therapy dog, appeared online Tuesday via Zoom videoconference with human companion Edie Barbero, his devoted handler and a psychiatric/mental health nursing professor. About three dozen people joined in and some brought children as well as their own furry friends – other dogs, and cats, too.

A 5-year-old Australian mini-Labradoodle, Kenny earned a pet therapy certification with owner Barbero two years ago through Pet Partners and started working regularly at the nursing school and the hospital in October 2018, including weekly sessions at UVA Eye Clinic. Barbero also usually brings Kenny to Grounds during times of heightened stress and activity – including during exams, preparation for the national nursing board exams (known as NCLEX), to reunions and special gatherings.

Now confined to home like the rest of us, Kenny sat on the couch that he’s allowed to sit on next to Barbero during the Zoom session, got a little restless but returned when Barbero enticed him with a treat. 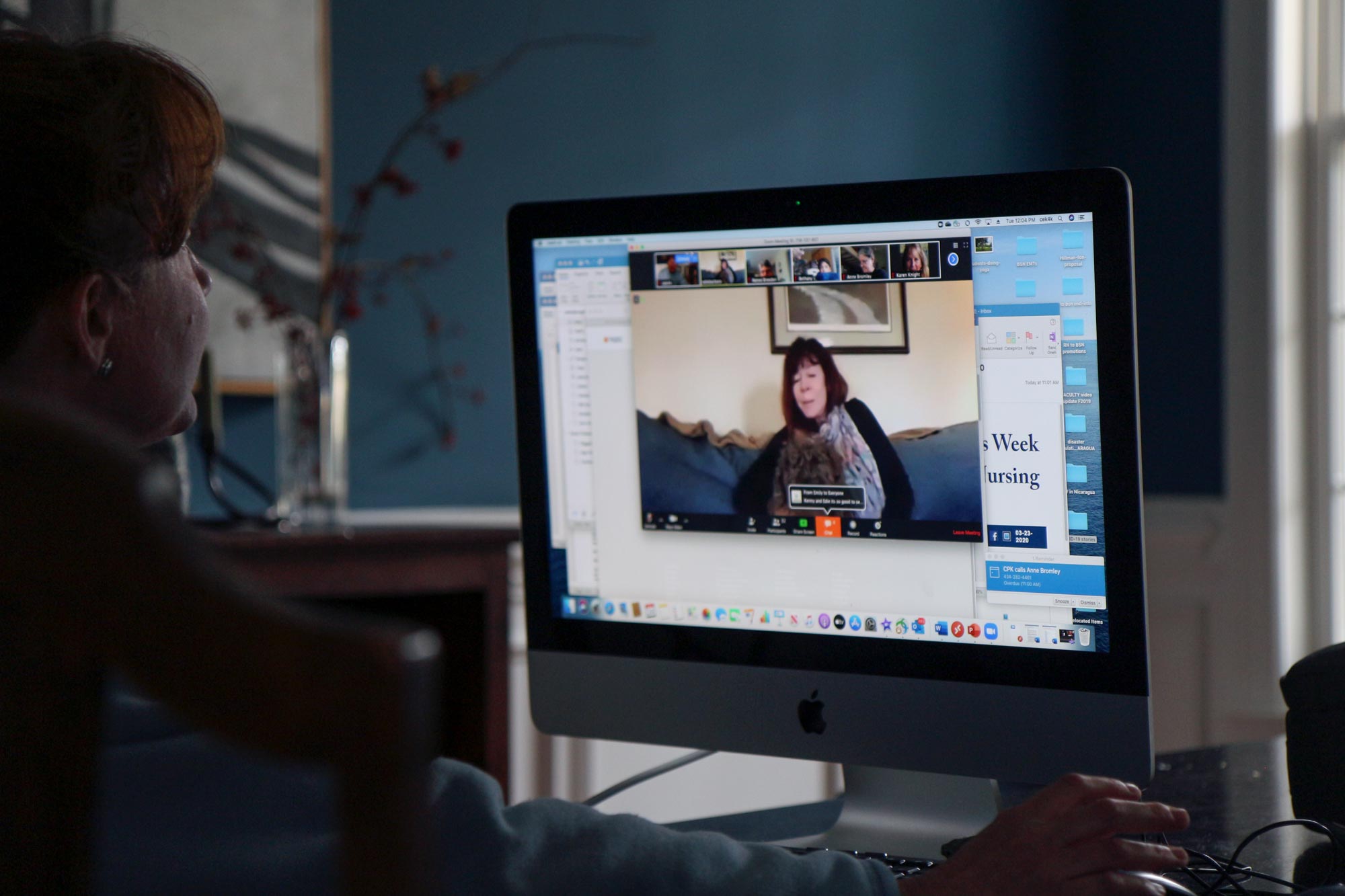 Computer videos might not be Kenny’s preferred way of meeting, but Barbero will bring him back online on subsequent Tuesdays at noon through the Zoom app through May 5 and while the UVA Medical Center’s volunteering services are suspended.

The School of Nursing’s Compassionate Care Initiative hosted the session, with mostly Nursing School faculty and staff – plus some of their children – joining in. Some nurse-practitioner students with the Adult Gerontology Acute Care Trauma team tuned in, as did a nurse working on the Medical Intensive Care Unit and School of Medicine faculty and staff.

Kenny is a very smart dog, and he knows something is different in their routines, Barbero said. “He misses the students,” she said. When the duo visited the hospital and the Nursing School regularly, he liked the attention especially the undergraduates would give him, because they’d get right down on the floor or grass and play, she said.

On Tuesday, the dog mostly sat quietly next to Barbero, who has also trained him not to bark in the house. So it was Barbero who led the group in taking deep breaths to relax and asked people if they wanted to share what they’re grateful for, which included spending time with family – and pets, naturally.

For All of Us END_OF_DOCUMENT_TOKEN_TO_BE_REPLACED