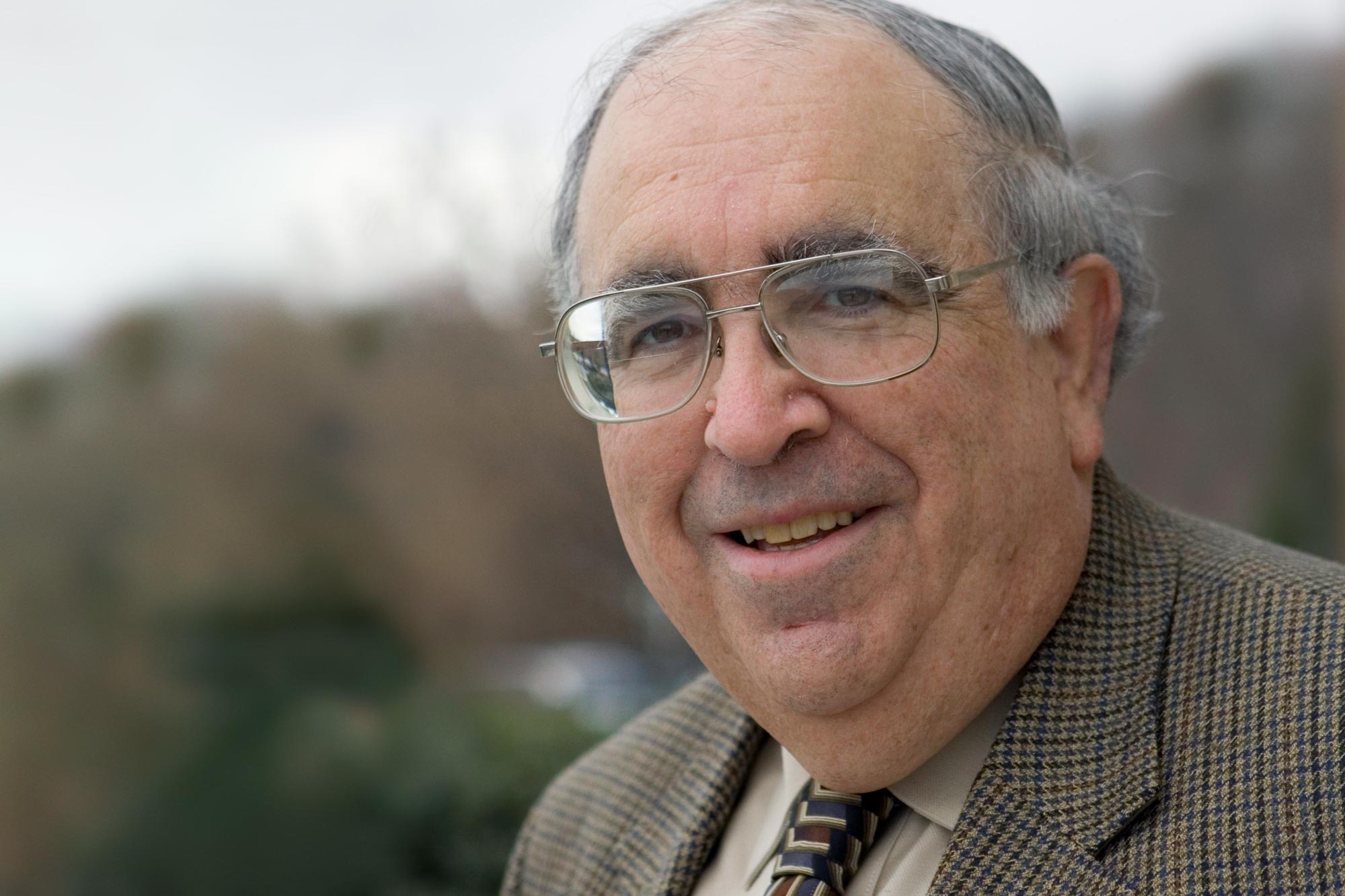 Paul Cantor, who taught thousands of students, offered criticism on a range of topics from English literature to popular TV shows in his teaching and scholarship. (Photo by Dan Addison, University Communications)

University of Virginia professor Paul Cantor, a literary scholar whose academic interests ranged from Shakespeare to “The Simpsons,” died Feb. 25. He was 76. One of UVA’s longest-serving faculty members, he joined the faculty in 1977 and most recently served as the Clifton Waller Barrett Professor of English.

Colleagues recalled him as “one of the great thinkers and teachers in UVA’s history” and “equally beloved and admired.”

Born in Brooklyn, Cantor earned undergraduate and doctoral degrees from Harvard University. He was an assistant professor of English there after earning his Ph.D. in 1971, until coming to UVA.

Although Cantor concentrated on literary studies, he was also interested in political philosophy and economics, following the Austrian School, as it is known. Along the path of his academic career, he also started to apply his scholarly thinking to popular culture narratives, looking for similarities in the seemingly disparate media of literature and television.

The great Paul Cantor has died. A critic, professor of English, and Shakespeare scholar, he was a pioneer in treating pop culture as worthy of serious philosophical attention.

Adam Keiper, executive editor of The Bulwark, tweeted, “The great Paul Cantor has died. A critic, professor of English, and Shakespeare scholar, he was a pioneer in treating pop culture as worthy of serious philosophical attention.”

Former student Peter Hufnagel wrote on Cantor’s website, which Hufnagel built for his former professor and mentor, “The spirited responses Cantor’s pop culture lectures elicited from students changed Cantor’s view of what he was doing.” Cantor taught and advised Hufnagel at both the undergraduate and graduate levels. They published two essays together.

Cantor valued his students’ ideas and championed his students’ strengths, Hufnagel said, and “the result was he elevated his students and gave them confidence in their studies and in their lives. He taught me that academics and life should always be driven by curiosity and openness to new ideas, new experiences and new approaches.”

John O’Brien, who chairs UVA’s English department, said Cantor taught courses in Shakespeare, tragedy, Romanticism, the literature of empire, and the literature of science in recent years. He estimated that Cantor probably taught 10,000 or more students over his 45-year career at UVA, many of them taking a large, lecture survey course of English literature that enrolled hundreds of students.

One of his first students at Harvard, Michael Moses, considered Cantor not only a mentor and legendary teacher, but also a great friend and colleague, he wrote in an email. He was so impressed by Cantor, then a new assistant professor, that Moses followed Cantor to UVA when doing his graduate work.

Moses became a literature professor at Duke University, retiring in 2019, and is now on the faculty at Chapman University. He described Cantor as one of his closest friends, even “a second father.”

“Paul was celebrated by his students for his enormously wide and deep erudition, his intellectual brilliance, his extraordinary passion for knowledge, his profound concern for his students and his rich sense of humor,” Moses said.

Cantor shared his developing ideas with his students along the way, and several of his resulting books reached for public appeal. He could introduce sophisticated concepts to students in terms they could readily understand, Hufnagel said. The professor’s knowledge extended far beyond literature, and he used his expertise in popular culture, music and sports as gateways for his students to grasp complex theories and scholarship.

“Cantor began to search for continuities between what had been systematically and rigidly separated into high culture and low culture,” Hufnagel wrote in the intellectual biography he presents on Cantor’s website. “Indeed, [Cantor] soon realized that what is regarded as high culture today (Shakespeare’s plays, Dickens’ novels, Verdi’s operas) was the popular culture of its day.

“His studies show that in many cases, authors, artists, and composers draw energy and inspiration from their contact with their audiences in commercial markets, while a good deal of elitist culture has suffered a loss of vitality by being insulated from any real audience and catering only to academic experts,” Hufnagel said.

Cantor brought together these pop culture ideas in a stack of essays and books, including “Gilligan Unbound: Pop Culture in the Age of Globalization,” named by the Los Angeles Times one of the best nonfiction books of 2001; “The Invisible Hand in Pop Culture,” which came out in 2012; and “Pop Culture and the Dark Side of the American Dream: Con Men, Gangsters, Drug Lords, and Zombies,” published in 2019.

In “Gilligan Unbound,” Cantor “analyzes and interprets a wide variety of classic television programs with the same seriousness, care and creativity as he would Hamlet or Macbeth to reveal how dramatically America’s image of itself has evolved from the 1960s to the present,” according to the book’s description.

In “The Invisible Hand in Pop Culture,” he focused on the original “Star Trek,” “The X Files” and “The Simpsons” – shows that he understood as exploring the tension between freedom and other values, such as order and political stability.

One of his “Simpsons” essays has been translated into several languages and reprinted in English more than any other essay he has written, Hufnagel said.

In “Pop Culture and the Dark Side of the American Dream,” Cantor analyzed more recent shows, such as “Breaking Bad” and “The Walking Dead.”

“Television may have begun as the great wasteland, but it attracted talented people, and in time gave us ‘The Simpsons,’ which Paul makes a persuasive case for, and ‘Breaking Bad,’ which Paul thinks will be viewed in a thousand years. His discussion of that series is so sharp and telling that one comes away thinking he may actually be right.”

In “Literature and the Economics of Liberty,” published in 2009, Cantor used a free market lens to counter Marxist literary interpretations and emphasized the freedom of creativity.

As Edmundson said, “Paul always trusts the market to engender outstanding work, and he trusts common people to recognize it. The professors, he says, always get there last. True of the rest of us maybe, but not of Paul.”

The Bigger Picture: Starry Night in the Rotunda END_OF_DOCUMENT_TOKEN_TO_BE_REPLACED