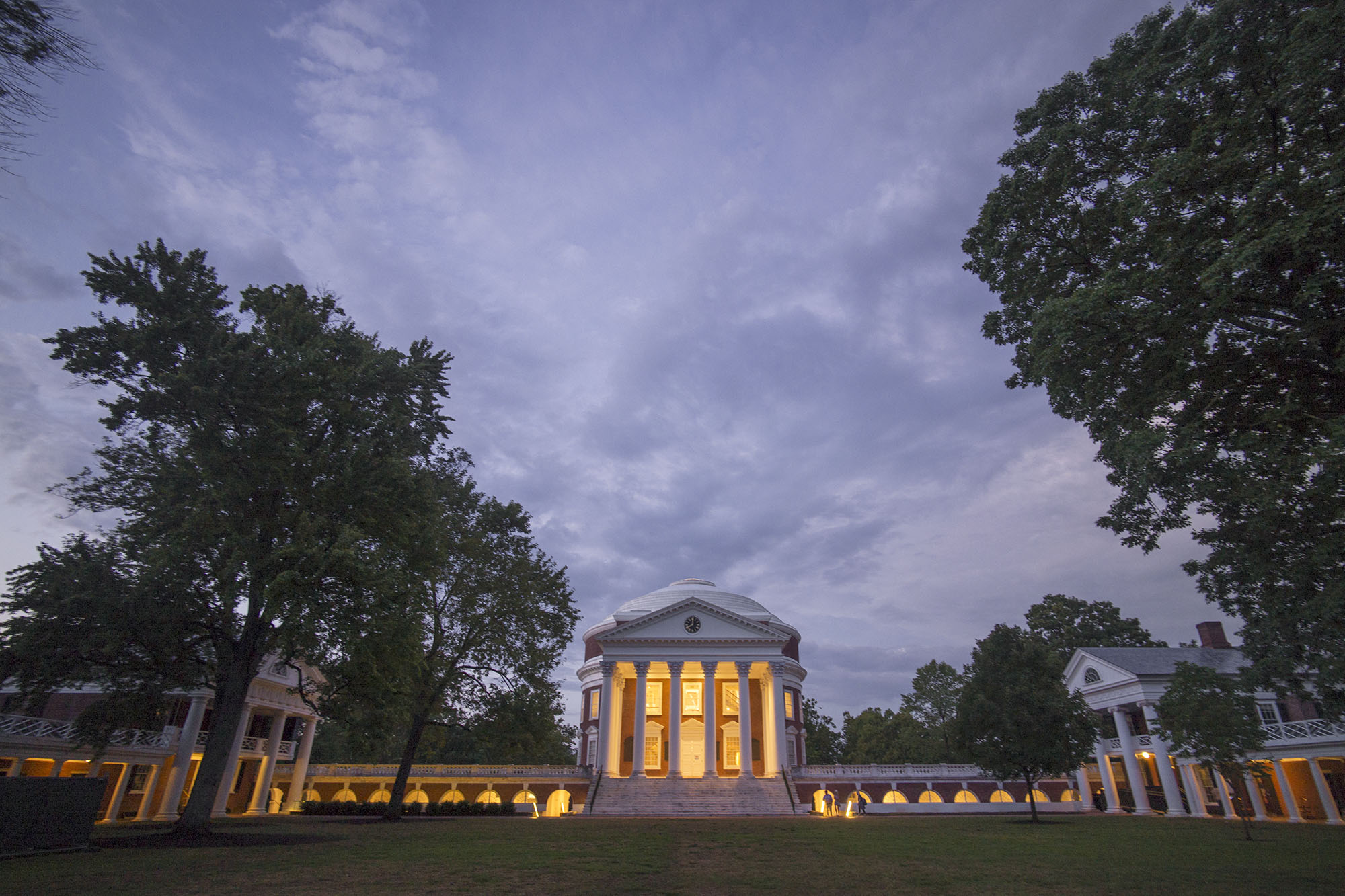 The University of Virginia today announced the establishment of its first-ever endowed University Professorships, made possible by a $10 million gift to the Jefferson Scholars Foundation from the family of Thomas A. Saunders III.

The gift from Tom Saunders, his wife Jordan and their daughter Calvert Saunders Moore will create two Thomas A. Saunders III Family Jefferson Scholars Foundation University Professorships supporting faculty who are prominent scholars in the fields of science and medicine.

The Saunders’ gift will be matched by UVA’s Bicentennial Professors Fund, for a total investment of $20 million in the two inaugural University Professorships. The Saunders family will fund half the gift immediately to enable the University to begin its search for candidates.

“We are deeply grateful for the Saunders family’s support of faculty at the University,” UVA President Jim Ryan said. “The endowment of University Professorships is an investment in the very best faculty for our students and will continue to position the University as a global leader in higher education.”

“Faculty excellence at the University of Virginia has always been a high priority for our family,” Tom Saunders said. “For over 40 years, we have been committed to supporting education, and with the endowment of these University Professorships, we advance the University’s ability to attract and retain internationally recognized science professors to help ensure that the University continues to be one of the greatest educational institutions in the United States.” 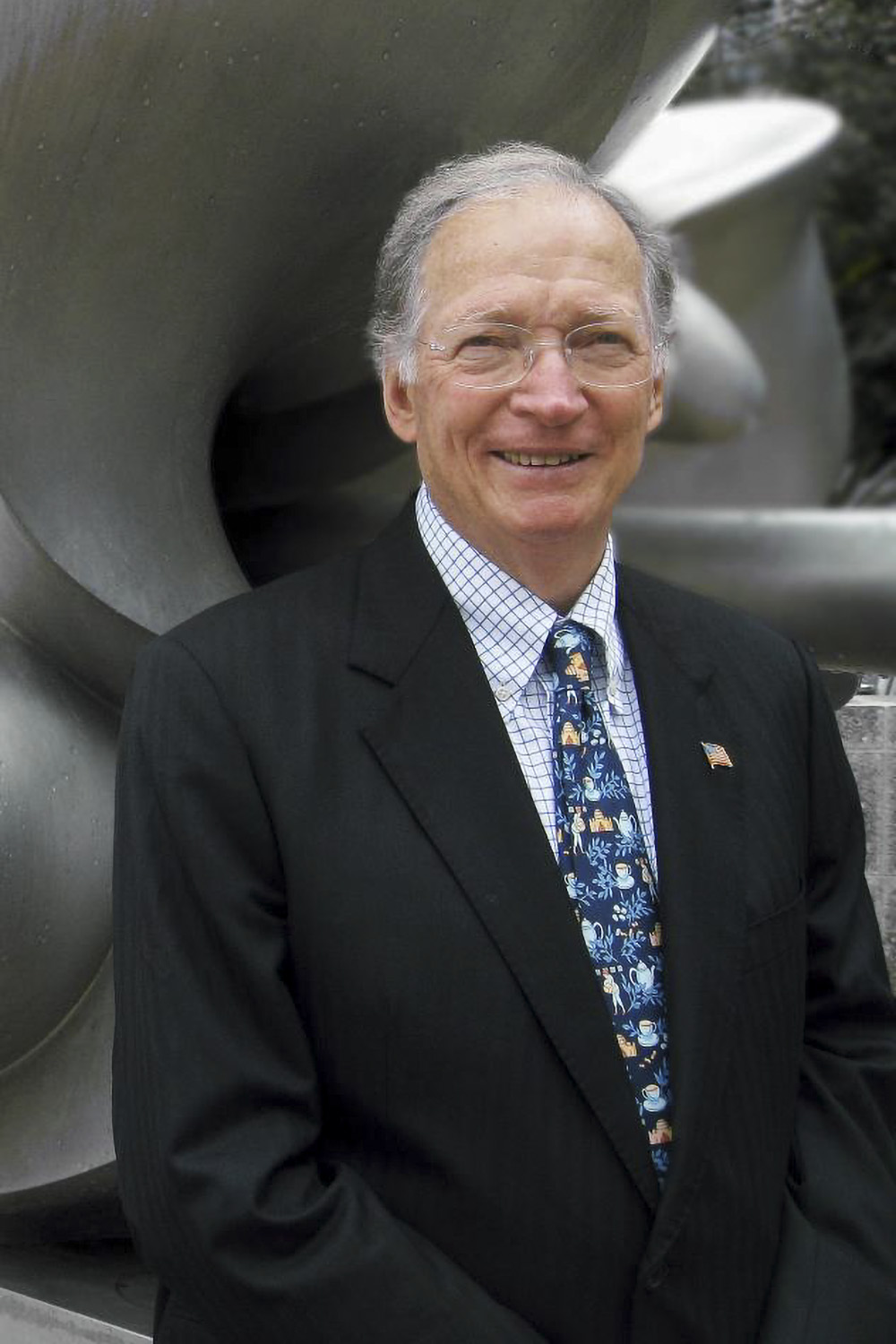 UVA has long awarded the title of “University Professor” to exceptionally distinguished faculty. All University Professors are appointed by, and report to, the provost and president, and must be approved by the Board of Visitors. The program is a powerful recruitment and retention incentive for scholars at the top of their field, whose teaching and research will make significant contributions to UVA’s academic excellence.

Over the last 10 years, the Jefferson Scholars Foundation has worked to attract outstanding faculty to the University, having secured nearly $130 million in commitments toward endowed professorships. The foundation has a rich tradition of bringing exceptionally talented students to UVA through the Jefferson Scholars and Jefferson Fellows Programs, and in 2012 it launched the Professorship Program, responsible for attracting faculty at the forefront of their fields to the College of Arts & Sciences, Darden School of Business, School of Education and Human Development, School of Law and School of Medicine.

Thomas A. Saunders III is CEO of Ivor & Co. LLC, and the Ivor Foundation, a private investment firm and family foundation based in Palm Beach, Florida. A former partner and senior managing director of Morgan Stanley in New York, he is founder of Saunders Karp & Megrue, a private equity firm which merged with Apax Partners LP.

In recognition of their contributions to higher education, history, art and cultural institutions, President George W. Bush made Tom and Jordan Saunders the first joint recipients of the national Humanities Medal. Tom Saunders was, with David McCullough, the recipient of the History Makers Award from the New-York Historical Society. Among his breadth of board service, Saunders is chair emeritus of the Heritage Foundation Board of Trustees, former chair of the Board of Trustees for the Thomas Jefferson Foundation (which owns and operates Monticello), and trustee of Cold Spring Harbor Laboratory. UVA’s Saunders Hall is named for Tom Saunders, who graduated from the Darden School of Business with an MBA in 1967.

As a member of the Finance Committee of the Board of Visitors from 2001 to 2005, Saunders played a lead role in achieving financial independence for the Darden School of Business and was instrumental in creating and serving on the board of the independent, self-appointing University of Virginia Investment Management Company, which was established to manage the University endowment. He also served on the UVA Foundation Board of Directors, as the former chair of Darden Foundation Board and other major boards in an ex officio role.

“The generous gift to create the Thomas A. Saunders III Family Jefferson Scholars Foundation University Professorships will have far-reaching impact on the University, its students and community,” Jefferson Scholars Foundation President Jimmy Wright said. “We thank the Saunders family for their $10 million gift to help the University attract and retain the world’s best science professors.”

Of the nearly 150 professorships created so far in the Honor the Future campaign, nearly 115 have leveraged matching funds through the Bicentennial Professors Fund, established by the Board of Visitors in 2017. The total impact achieved to date is more than $375 million.

The Saunders family’s leadership at the University has left its mark across Grounds. Tom Saunders was an active member of the Campaign Executive Committee in the $3 billion campaign launched in 2004, and co-chaired the previous $1 billion campaign in 1995 with fellow alumnus Edward C. Mitchell Jr. With his wife, Saunders served as a member of the 1995 Campaign Executive Committee, and they funded and planned the campaign kickoff gala, a signature event on the Lawn. Jordan Saunders also was a member of the Advisory Board of the University of Virginia Art Museum (now The Fralin Museum of Art at the University of Virginia) from 2004 to 2007.

Their daughter, Calvert Saunders Moore, a 1990 graduate of the College of Arts & Sciences, has contributed many volunteer hours at the University across two decades. She remains an active volunteer at the Jefferson Scholars Foundation and has helped identify and recruit dozens of talented students to UVA through her service on selection committees. She has held positions on the Parents Committee and the Jeffersonian Grounds Initiative Board, and has engaged in Reunion Planning and Giving. She is trustee emeritus of the University of Virginia College Foundation. Moore chaired the campaign tri-state area young alumni party in New York in 1996.

Over the years, the family has also provided substantial support for Darden, the College and Graduate School of Arts & Sciences, the Jefferson Scholars Foundation, University Athletics, and other areas of key strategic importance to the University. The Saunders’ have also provided generous support to numerous educational institutions, including the Virginia Military Institute and Marine Corps University Foundation.