10 Years of Leadership, Birthday Parties and Mindfulness: Nursing Dean to Step Down 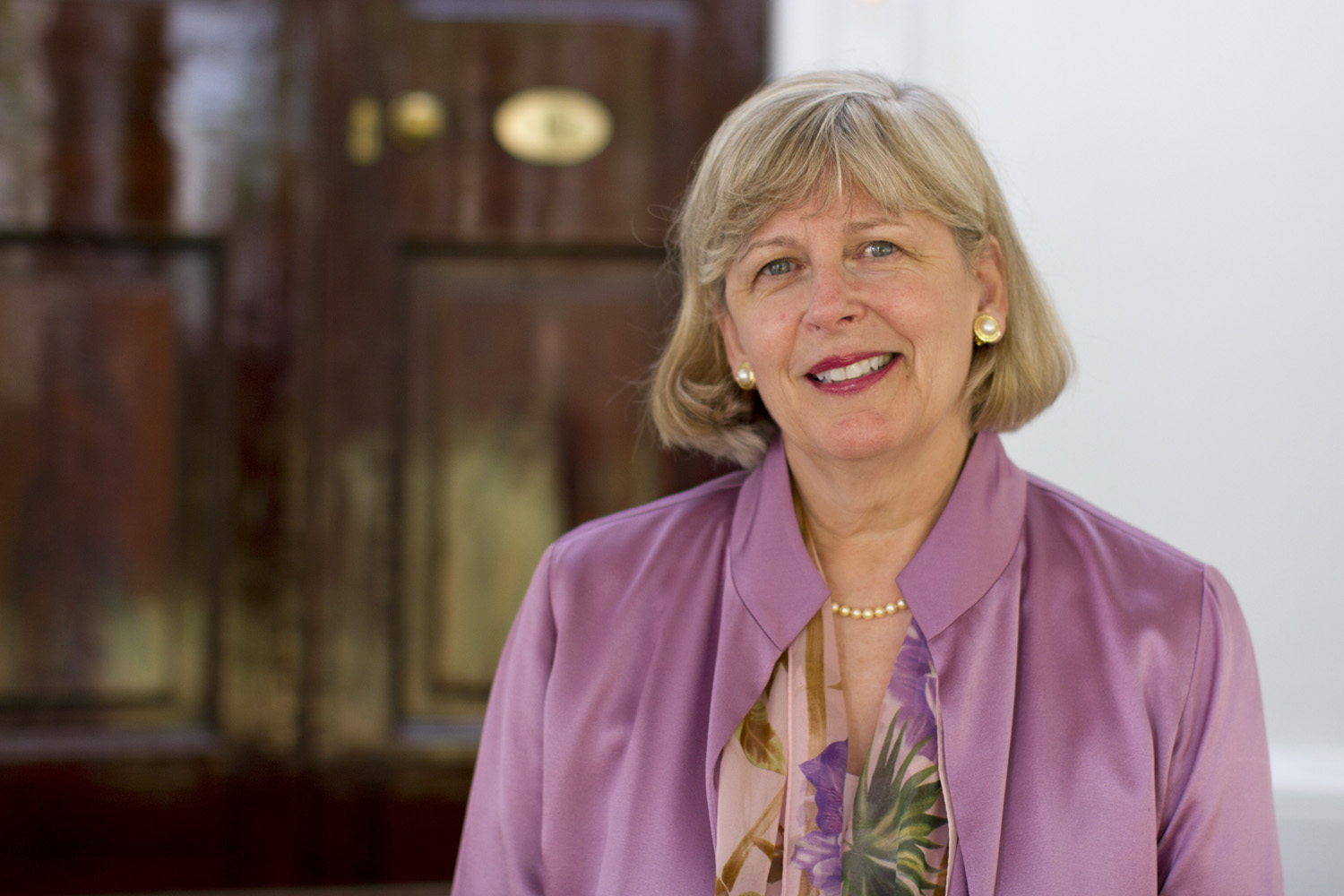 School of Nursing Dean Dorrie K. Fontaine, a champion of healthy work environments even during a time of vigorous growth and development for the school, will step down July 31. (Photo by Jane Haley)

The University of Virginia announced today that Dean Dorrie K. Fontaine will step down July 31 after more than a decade at the helm of the School of Nursing.

Fontaine – the Sadie Heath Cabaniss Professor; a founding member of the school’s Compassionate Care Initiative; a champion of healthy work environments, interprofessional education, inclusion and diversity in health care; and a much-beloved figure on Grounds – has been a central figure at UVA since her 2008 arrival. A longtime resident of Pavilion IX, Fontaine and husband Barry have hosted hundreds of events, courses, lectures and celebratory gatherings for students, faculty, staff, parents and alumni, including more than 100 birthday dinners for School of Nursing faculty and staff.

The birthday dinners are among many ways that Fontaine cultivated the school’s healthy work environment, nurturing connectivity and collegiality and spurring professional longevity, teaching excellence and research productivity, as well as making the school a more humane, caring place to work and learn.

“During my tenure as dean, our school’s priorities and fundamental values have never wavered,” Fontaine said. “Compassion, resilience, partnerships and respectful inclusion for all have changed the school in positive ways. I believe a signature of a UVA nursing graduate remains that they are resilient and able to care for themselves so they can better care for others.”

Fontaine is a sought-after speaker on the importance of teaching resilience practices to students and clinicians to handle the stress of their jobs and of cultivating healthy work environments; she has given more than 200 presentations around the globe and published dozens of articles and op-eds on the subject. During her tenure, applications to the school’s undergraduate program tripled, several of its nationally ranked graduate programs were established and expanded, nursing faculty garnered more than $25 million in grants, and nearly $55 million in gifts and bequests was raised from alumni, friends and foundations.

Fontaine also attracted top talent, hiring more than 60 new faculty members, including many from fields outside of nursing, such as medicine, law, business, architecture, education and public health. Today, six presidents of key national and regional nursing organizations are part of the school’s faculty, alongside 12 endowed professors, 45 national academies fellows and 32 Fellows of the American Academy of Nursing.

During Fontaine’s deanship, the school remained Virginia’s only nursing program to be ranked among the nation’s top 20 (out of more than 800 American nursing schools). Its No. 3-in-the-nation Clinical Nurse Leader master’s program – the commonwealth’s first fast-track to nursing program for individuals from outside the profession – has nearly tripled in size since its 2005 founding, and attracted $10 million in support.

She oversaw the creation of the school’s successful Continuing Education programs in 2015, a series of new courses on mindfulness and leadership, a new “Wisdom in Nursing” curriculum for undergraduates, and a new palliative care concentration for graduate nursing students that began this fall.

In 2011, Fontaine led the school’s $6 million overhaul of McLeod Hall, including the creation of new resilience and mindfulness classrooms; the establishment of the Center for Academic Strategic Partnerships for Interprofessional Research and Education, or ASPIRE, UVA’s interprofessional “hub”; a second-floor art and gallery space; and the renovation of the school’s 10,000-square-foot Clinical Simulation Learning Center.

Several critical focus areas guided Fontaine’s work, including an emphasis on teaching students and clinicians the importance of resilience and self-care. After founding the Compassionate Care Initiative in 2009, she oversaw the establishment of the school’s contemplative programs, including yoga, meditation, music, art and writing classes, t’ai chi, a lively lecture series and daylong retreats at UVA’s Morven Farms. Today, the Compassionate Care Initiative offers free drop-in classes every day of the week and has, since its beginning, sponsored more than 2,500 events.

Dovetailing with compassionate care, Fontaine also focused on cultivating a healthy work and learning environment at the school. A 2009 Appreciative Inquiry summit began this work, aiming to openly discuss ways to establish a more collaborative, happier, healthier place for faculty, staff and students to work and thrive.

As part of this work, she oversaw the establishment of UVA’s Center for ASPIRE in 2013, one of three national host sites for the Train-the-Trainer Faculty Development Program each spring and fall. In 2014, Fontaine established the Inclusion, Diversity, and Excellence Achievement initiative, which continues to make bold progress toward addressing social and racial inequities and is seen as a model for UVA and other nursing schools. In 2017, the 10-year-old Center for Appreciative Practice in the School of Medicine moved to the School of Nursing.

“For more than a decade, Dorrie Fontaine has been the heart and soul of the School of Nursing,” UVA President Jim Ryan said. “She has taught thousands of nurses how to care for their patients and, just as importantly, to care for themselves. One would be hard-pressed to find anyone more beloved by this community.”

“Dorrie has had a wonderfully successful tenure as dean of the School of Nursing,” Provost Thomas C. Katsouleas said. “She and the school have been leading in national efforts to advance the importance of compassionate care for both patients and health care workers. She has been a prolific fundraiser and extraordinarily successful dean by creating an environment in which all members feel valued and can thrive.

“I am also grateful for her strategic and collaborative leadership for the entire university as a thought leader among the deans.”

A fellow of the American Academy of Nursing for nearly 25 years, Fontaine is also deeply embedded in the greater Charlottesville community, chairing the board of directors of Blue Ridge PACE for the last six years, as well as serving as a board member of Hospice of the Piedmont and the United Way. A member of UVA’s Raven Society, Fontaine received the Raven Faculty Award in 2018, UVA Health System’s Martin Luther King Jr. Award, the University of Maryland's Visionary Pioneer Award, and, in 2017, the Gordon F. Rainey Jr. Award for “vigilance to the student experience.”