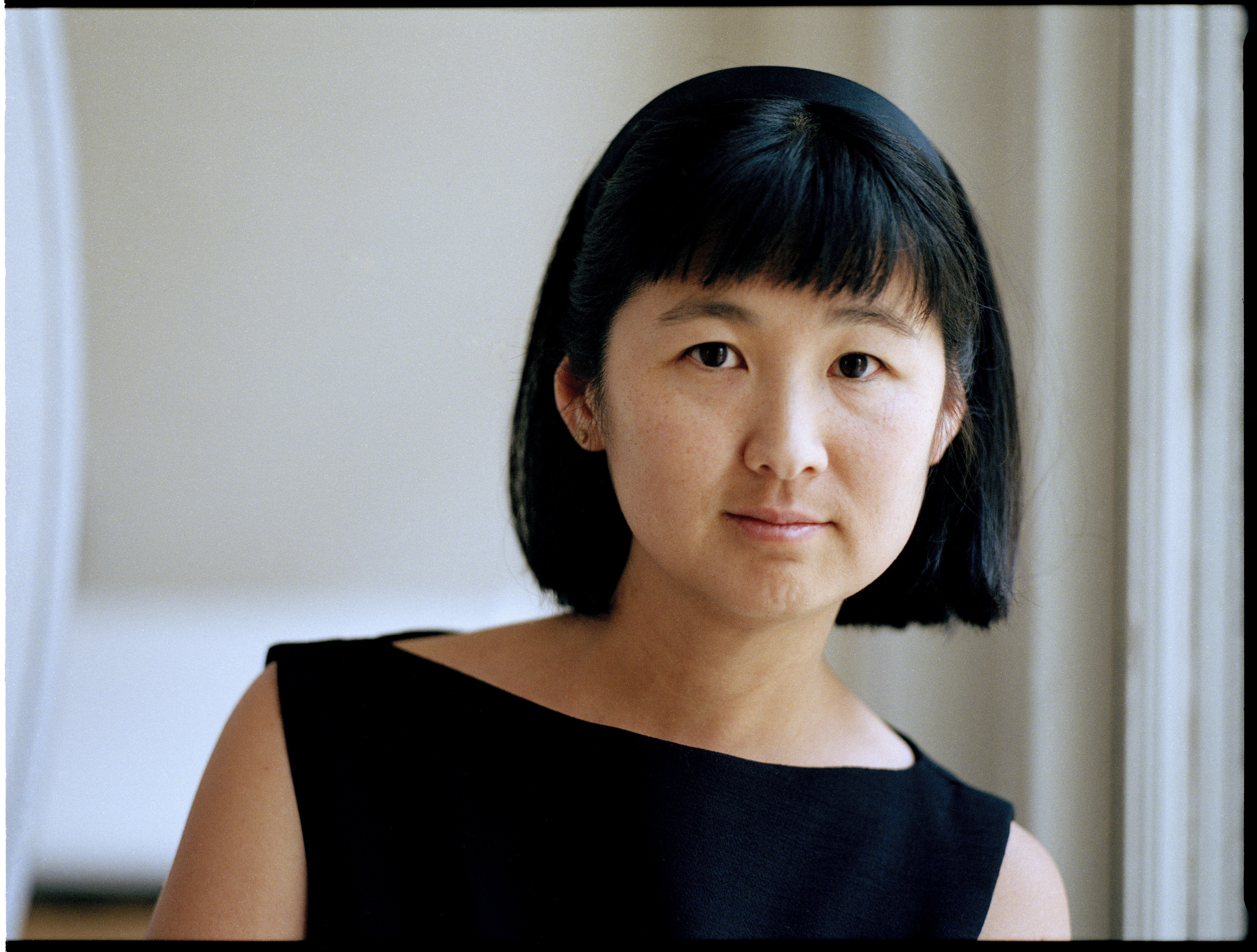 UPDATE
April 4, 2011— Peter G. Peterson's lecture at the University of Virginia will take place April 12 at 4 p.m. in the Chapel,  not Jefferson Hall as previously announced.

March 21, 2011 — The University of Virginia and the Thomas Jefferson Foundation will present their highest honors, the Thomas Jefferson Foundation Medals in architecture, law and citizen leadership, during Founder's Day activities on April 13. The awards are presented jointly by U.Va. and by the foundation, the independent, nonprofit organization that owns and operates Monticello.

The Thomas Jefferson Foundation Medals are the highest external honors bestowed by the University, which grants no honorary degrees. They recognize achievements of those who embrace endeavors in which Jefferson, author of the Declaration of Independence, third U.S. president and U.Va.'s founder, excelled and held in high regard.

"The medal winners are a living tribute to the contemporary nature of the ideals of creativity and leadership that were the hallmark of Jefferson's life," U.Va. President Teresa A. Sullivan said. "This tradition, now in its 45th year, unites two of Jefferson's most visible legacies – Monticello and the University of Virginia – in keeping our founder's words as meaningful today as they were when they were written."

Leslie Greene Bowman, president of the Thomas Jefferson Foundation, said Jefferson's legacy has created a strong and lasting partnership between Monticello and U.Va.

"The Thomas Jefferson Foundation Medals pay tribute to our common founder and acknowledge the men and women of our time who embody the principles Jefferson exemplified," she said.

This year, for the first time, the recipient of the citizen leadership medal was chosen by a committee representing the Frank Batten School of Leadership and Public Policy, which was established in 2007 as U.Va.'s 11th school with a gift from its namesake, the late chairman of Landmark Communications. The medal itself was established in 2006.

"With 'leadership' in the names of both our school and the award, the Batten School is honored to be partners in this medal," Harry Harding, dean of the Batten School, said. "The idea that educated citizens should play an active role in public affairs was a commitment common to both Thomas Jefferson and Frank Batten."

The medals, struck for the occasion, will be presented by Bowman and Sullivan at a luncheon in the Dome Room of the Rotunda. The recipients will be honored at a dinner at Monticello on April 12, and each will give a public talk.

She is best known for her design for the Vietnam Veterans Memorial in Washington, D.C., known as "The Wall," which grew out of a class project during her senior year at Yale University. In 1981, her design was selected from a field of 1,421 submissions in a blind competition that was open to all Americans, not just professional architects. Lin was just 21 at the time.

"Maya Lin reshaped our nation's understanding of the meaning of war, the expression of grief, and the important role physical design can play in collective healing," Kim Tanzer, dean of the School of Architecture, said. "Before Ms. Lin, war memorials were objects to be observed; after, they have become places to inhabit and reflect. The lines between buildings, landscapes and art installations have blurred, in part because of the power of the Vietnam Veterans Memorial.

"In the decades following this extraordinary first design, Ms. Lin has built a career based on righteous projects, beautifully executed. Her body of work has been an inspiration to many designers, myself included."

Lin's other well-known memorials include the Civil Rights Memorial in Montgomery, Ala., and the Women's Table at Yale. She is currently working on what she says will be her last memorial, titled "What is Missing?", which will focus on bringing awareness to the current crisis surrounding biodiversity and habitat loss.

Her architectural works have included institutional and private commissions, from the Langston Hughes Library and chapel for the Children's Defense Fund in Clinton, Tenn., to the Sculpture Center's space in Long Island City, N.Y., to the design for the Museum of Chinese in America in Manhattan's Chinatown, which opened in the spring of 2009.

Lin, 51, was born in Athens, Ohio, to parents who had come from the People's Republic of China the year before. She received her master of architecture from Yale in 1986, and has maintained a professional studio in New York City since then. She serves on the board of trustees of the Natural Resources Defense Council.

The School of Architecture will host a public talk by Maya Lin April 13 at 10 a.m. in Old Cabell Hall Auditorium.

Virginia Supreme Court Chief Justice Cynthia D. Kinser, a 1977 graduate of the U.Va. School of Law, is the 2011 recipient of the Thomas Jefferson Foundation Medal in Law.

"Cynthia Kinser's appointment as the first female chief justice of Virginia was a momentous event for her, for the Law School and for the Commonwealth," Dean Paul G. Mahoney said. "We are honored to be able to present her with the medal in law."

Kinser, 59, is a distinguished jurist and attorney who was a groundbreaking legal figure in her native Southwest Virginia long before she joined the state Supreme Court. She was raised – and still resides – in Pennington Gap, a town in Lee County only 10 miles from the Kentucky border.

She completed her undergraduate education at the University of Tennessee in Knoxville. After graduating from the Law School, she clerked for Judge Glen M. Williams of the Western District of Virginia before entering private practice in Southwest Virginia, where she was one of only a few women practicing law.

In 1980, Kinser was elected as Lee County's first female commonwealth's attorney. After one term as a prosecutor, she returned to private practice in Pennington Gap. In 1990, she was appointed a U.S. magistrate judge for the Western District of Virginia.

In a profile of Kinser in the Virginia Lawyer's Weekly published in 1997, Williams praised Kinser's work as a magistrate judge, noting that lawyers had come to trust her and would often consent to her hearing a case, something magistrates don't usually do.

In 1997, Gov. George Allen, a Law School classmate of Kinser's, appointed her to the Supreme Court of Virginia. In 2010, she was elected by her colleagues to serve as chief justice, succeeding the late Leroy Rountree Hassell.

The School of Law will host a public talk by Cynthia Kinser April 12 at 3:30 p.m. in the school's Caplin Pavilion.

Peter G. Peterson, who established his eponymous foundation in 2008 to advocate for solutions to the nation's long-term fiscal challenges, will receive the Thomas Jefferson Foundation Medal in Citizen Leadership. His long career has been a marriage of work, public service and philanthropy.

"Mr. Peterson is an outstanding example of the kind of citizen leader envisioned by Jefferson," Harding said. "Deeply concerned about the fiscal challenges facing the United States, Mr. Peterson has helped build a foundation engaging in both research and public education on key fiscal issues. The centrality of these issues in the current American political debate amply demonstrates the foresight he showed in establishing the Peterson Foundation."

Peterson, 84, was born in Nebraska, the son of Greek immigrant parents. After earning his bachelor's degree from Northwestern University in 1947 and MBA from the University of Chicago in 1951, he embarked on a corporate career.

In 1971, President Nixon named him assistant to the president for international economic affairs. One year later, he was named U.S. secretary of commerce. At that time, he also assumed the chairmanship of Nixon's National Commission on Productivity and was appointed U.S. chairman of the U.S.-Soviet Commercial Commission.

Peterson was chairman and CEO of Lehman Brothers and its successor company, Lehman Brothers, Kuhn and Loeb, from 1973 to 1984. In 1985, he co-founded the private equity and investment management firm the Blackstone Group, and was for many years its chairman. From 2000 to 2004, he chaired the Federal Reserve Bank of New York.

He now dedicates his time to the Peterson Foundation, whose mission is to increase public awareness of the nature and urgency of key long-term fiscal challenges threatening America's future and to accelerate action on them, and he also supports other charitable endeavors.

He is the author of five books, including "Running on Empty: How the Democratic and Republican Parties are Bankrupting Our Future and What Americans Can Do About It" (2004) and his recently published memoir, "The Education of an American Dreamer: How a Son of Greek Immigrants Learned His Way from a Nebraska Diner to Washington, Wall Street and Beyond."

The Batten School will host a talk by Peter G. Peterson April 12 at 4 p.m. in the University Chapel.

Peterson will also be the featured speaker at Monticello's commemoration of Jefferson's 268th birthday April 13 at 10 a.m. on the West Lawn of Monticello. The celebration is free and open to the public.

Class of 2020: Memories and Moments From a Long-Anticipated Celebration END_OF_DOCUMENT_TOKEN_TO_BE_REPLACED