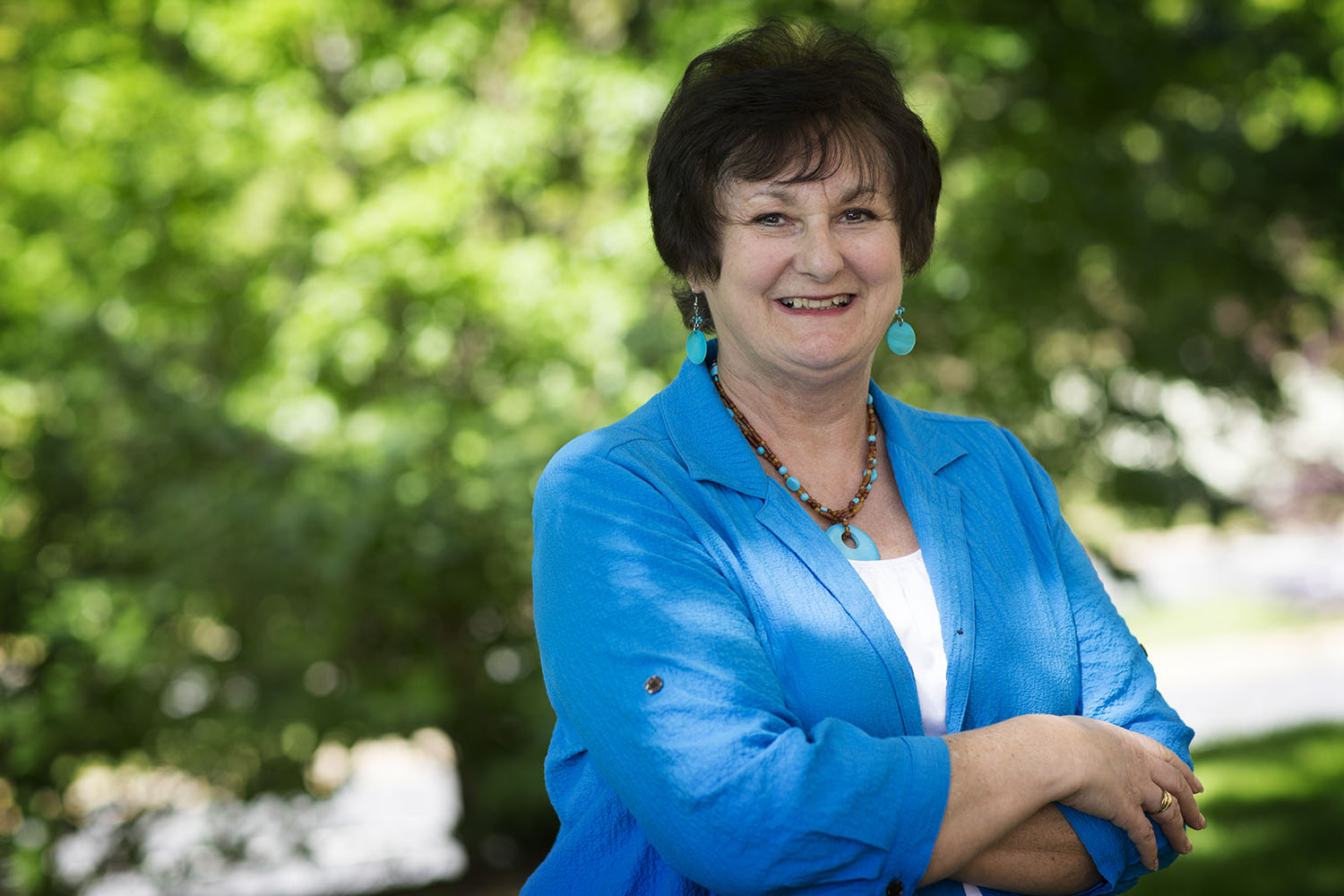 UVA Today is highlighting the winners of the 2013 Leonard W. Sandridge Outstanding Contribution Awards, the highest U.Va. honor staff members receive for their dedicated service to the University. Today: Wilma Lynch, administrative manager in the Claude Moore Health Sciences Library. To see all of the stories, click here.

Not many people are compared to ball bearings or an interstate highway, but these metaphors helped Wilma Lynch’s supporters describe why she deserved a Leonard W. Sandridge Outstanding Contribution Award. Lynch, administrative services manager in the Claude Moore Health Sciences Library, has worked there since 1997 and at U.Va. for 35 years.

“Some people can serve as a roadblock or dead end to progress, while others can help you get there, but after a long and circuitous route,” wrote Daniel Wilson, associate director for collections and library services. “Wilma is an interstate highway. She knows the shortest route from point A to point B.”

For Wilson, that route might concern restructuring his staff or reallocating money when an unexpected need arises.

For Bart Ragon, associate director for knowledge integration, research and technology at the library, that route is made by smooth operations and seamless service. “If the Health Sciences Library can be thought of as a wheel with spokes representing the various points of service, then Wilma is the ball bearings that allow the wheel to keep moving forward,” he wrote in his nomination.

“In my role, I depend on Wilma every single day to ensure that service excellence is maintained,” Ragon wrote. She is “HR manager, facilities manager, budgetary manager, grant manager, travel coordinator, event planner and general ‘go to’ person.”

With the library open seven days a week and 24 hours in some areas, Lynch “works closely with Facilities Management staff, house cleaning and IT personnel to ensure that the building is in top working order,” wrote Gretchen Arnold, library director and associate dean.

Her conservation effort with U.Va.’s Energy and Utilities Department resulted in a savings of $85,000 in one year.

And then there is client service for thousands of medical personnel: Arnold said the library has received positive feedback and been called a jewel of the Health System.

“This ability to shine would not be possible if it were not for the operational infrastructure and stability that Wilma has developed and managed,” she said.