For 40 Years, This Office Has Enhanced the Lives of African-American Students 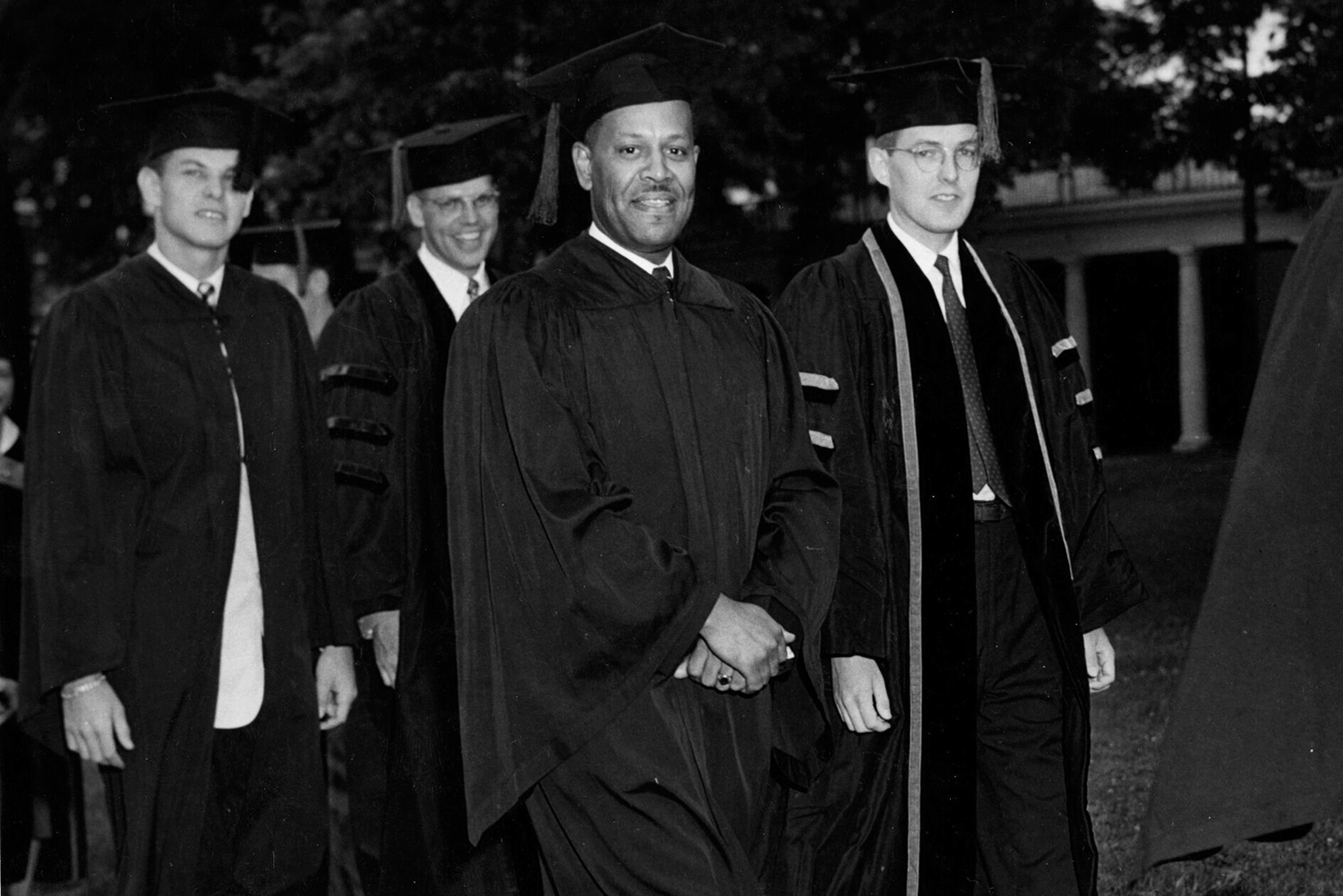 Before the Office of African-American Affairs became a stalwart foundation for black students attending the University of Virginia, a dedicated group of students in the early 1970s brought attention to the need for such a center.

In the 40 years since its founding, the office and its programs have helped create a sense of belonging to the UVA family and enhanced the University as a whole over the years, emphasizing African-American student achievement and building on past successes.

“The Office of African-American Affairs was created with the mission to assist the University in developing a welcoming, supportive environment for its black students,” said its current dean, Dr. Maurice Apprey, a professor of psychiatric medicine and the School of Medicine’s former associate dean for diversity. “Through its programming and outreach, OAAA enhances the University’s knowledge, sensitivity and understanding of black issues, culture and history.”

Apprey, who was appointed dean in June 2007 after serving as interim dean for a year, stressed the importance of paying tribute to the past and showing respect for “ancestry,” referring to previous African-American leaders on Grounds. The fifth dean to head the office, which is part of Student Affairs, Apprey followed M. Rick Turner, who held the position for 18 years.

The office opened in the summer of 1976, with William M. Harris Sr. serving as the first dean. After Harris and his successor, Paul Puryear, each served for five years, Jesuit priest Joseph A. Brown filled in for a two-year interim, preceding Turner, who came to UVA in 1988.

The 1970s saw the UVA student population changing as African-Americans and women broke through legal and social barriers and matriculated into UVA, especially in the College of Arts & Sciences. Despite the University’s recruitment efforts, change wasn’t happening fast enough for black students, prompting them to establish an organization, eventually renamed the Black Student Alliance, to work on proposals to improve the environment for African-Americans. 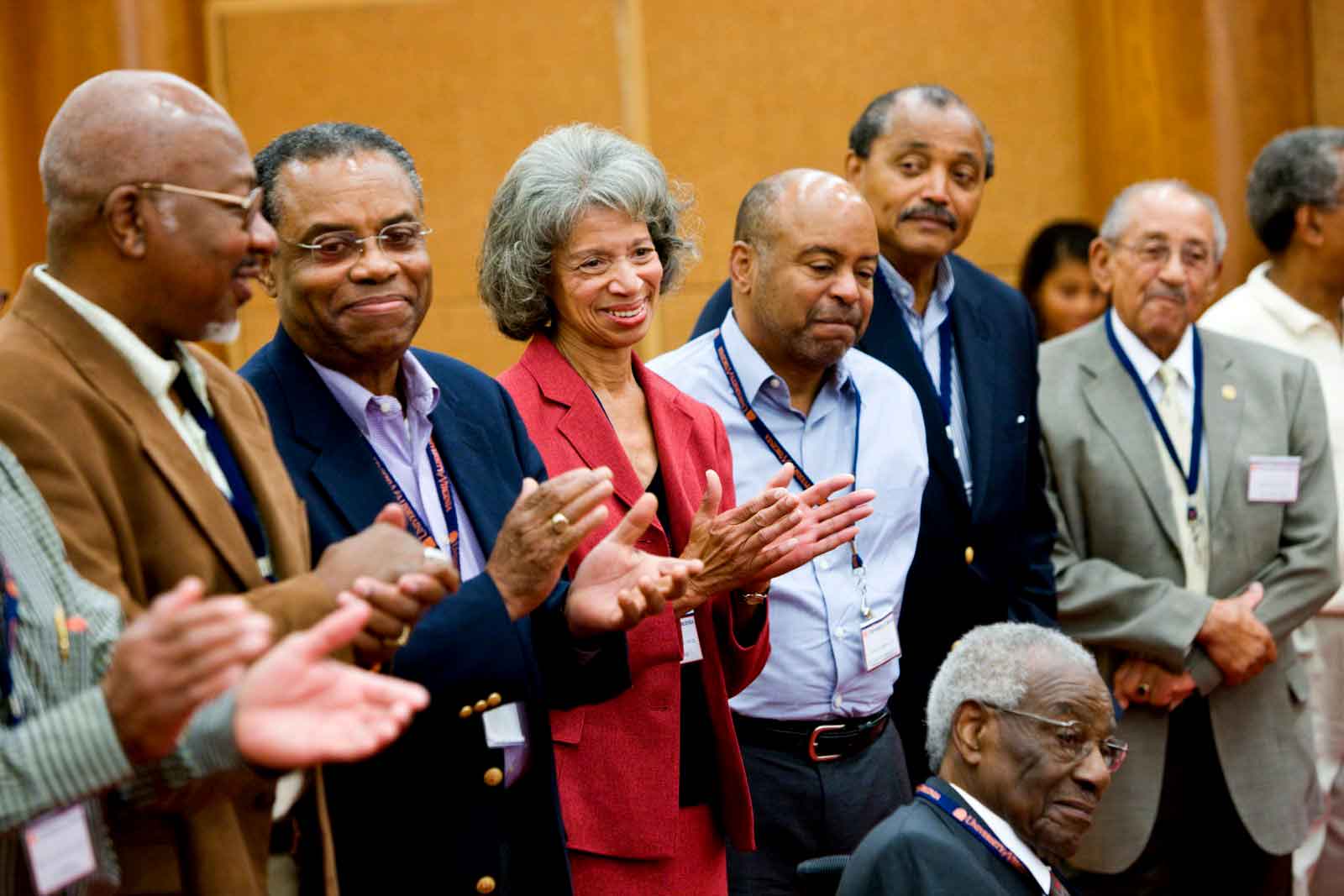 In addition to calling for an effective minority recruitment plan, more black faculty members and a fully funded black studies program, students marched to Carr’s Hill in 1975 to present then-President Frank L. Hereford Jr. a proposal to create the office that would become African-American Affairs.

Former UVA Rector George Keith Martin, a 1975 UVA alumnus, recalled that his best friend at the University, the late Leroy Hassell, took a leadership role and headed the effort. Hassell went on to become the youngest and first black chief justice of the Virginia Supreme Court before his death in 2011 at age 55.

“We are all standing on the shoulders of people like Leroy,” said Martin, adding a long list of other outstanding African-American alumni who’ve held leadership positions in a variety of professions. Having been the first African-American to become rector, in 2013, Martin himself could be added to the list.

“I wanted to serve on the Board of Visitors to help demonstrate that the University has changed,” he said. Though he said he had to be convinced to serve as vice rector and then rector, he did so because “we have a duty to step up when the opportunity presents itself.”

Martin returned to UVA several weeks ago to give the keynote address at the OAAA’s 40th-anniversary dinner celebration, which drew about 200 guests.

“OAAA and other organizations like the BSA have played a major role in developing leaders here at the University,” said Martin, the managing partner of the Richmond office of McGuireWoods law firm.

“It is so important to have African-Americans in positions of leadership, because it sends a message to recruits – whether students, faculty or staff – that the University is open to them and their potential is illimitable. They are welcome here. It also sends a message to the state, the country, the world that UVA values inclusion.” 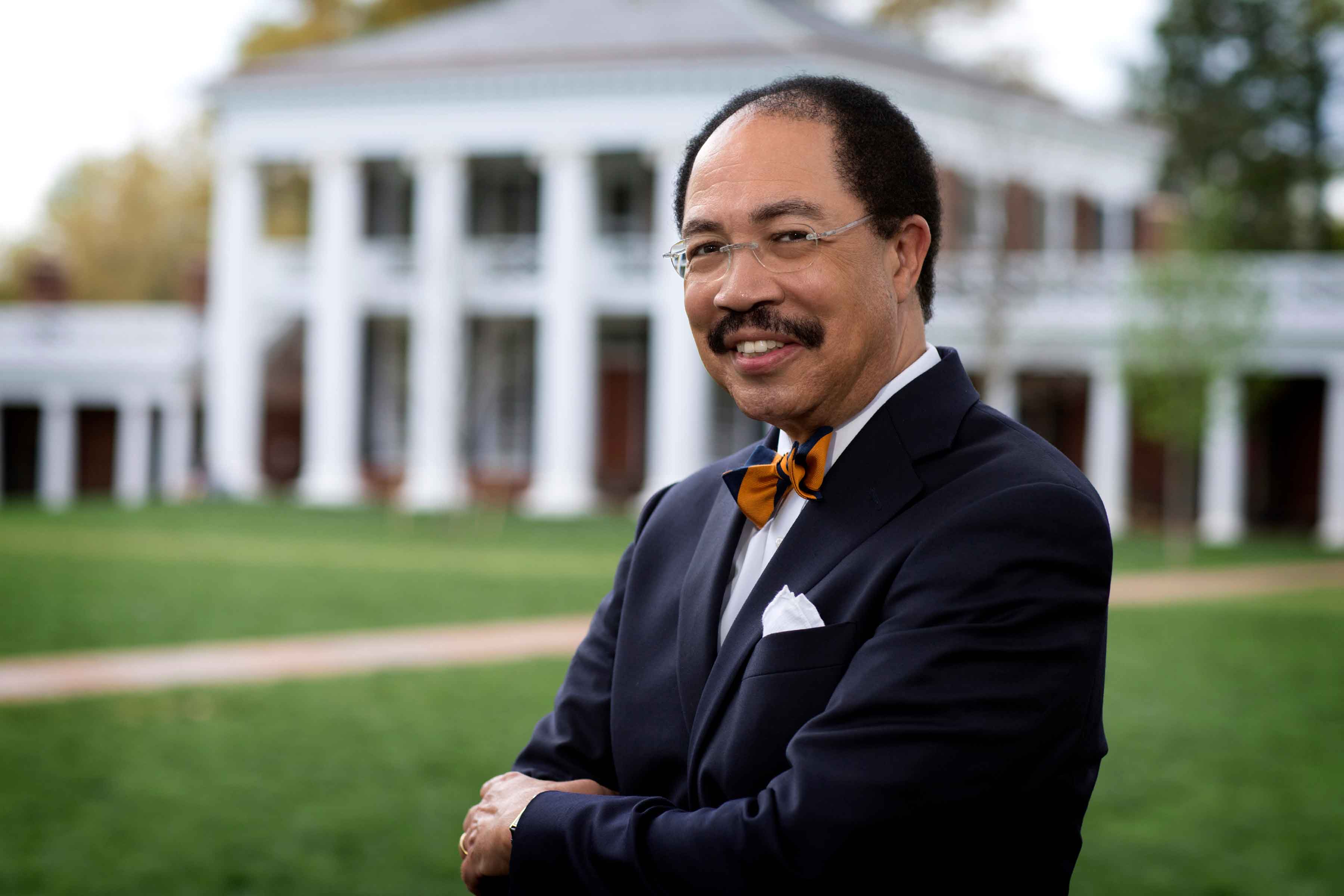 One of the earliest challenges the Office of African-American Affairs staff faced after recruitment increased the enrollment of African-American students was retention: after UVA convinced more black students to give the University a chance, how would it offer them a rich, supportive educational experience?

Sylvia Terry, who retired in 2009, tackled this question by developing a Peer Advisor Program in the late 1980s that continues to help black first-year and transfer students transition successfully to University life. The program, which the American Association of University Administrators has recognized for “exemplary practice in achieving campus diversity,” has demonstrated its success year after year: UVA has had the highest graduation rate for undergraduate African-American students at a U.S. public university for almost 25 years.

Under Apprey’s leadership, he and his team – associate and assistant deans Patrice Grimes, Kimberley Bassett and Michael Mason – have added programs to improve the academic performance of graduating black students and to provide them with more strategic leadership skill-building. One recent outcome: the number of graduating African-American students who have a GPA between 3.4 and 4.0 has doubled over the past decade.

Another of the office’s academic-enhancement initiatives is the Stephanie Jean-Charles Global Community Service Scholarship, created to support undergraduate students performing public service abroad and privately funded by the Seven Society and later the Ernst & Young Foundation.

Jean-Charles, a 2009 UVA graduate, was a master’s student at the Frank Batten School of Leadership and Public Policy when she returned to her native Haiti to work on a community service project and died in the devastating January 2010 earthquake.

Aurora Lofton, who used the award to spend two months this summer in Guatemala, spoke at the dinner about her experiences, thanking the OAAA and Center for Global Health for making her trip possible. The Bristow resident, who will graduate with a B.A. in politics in May and a master’s degree from the Batten School in 2018, worked with two other UVA students on community health and water filtration.

At the dinner, Martin acknowledged that there is more work to be done in advancing diversity and inclusion on Grounds. “But we have made tremendous progress over the past 40 years,” he said, “and I am optimistic about the next 40 years. I plan to be here for the 80th anniversary of OAAA.”

In the intervening years, Apprey added that he and his team are “on point to advance the strategic goals of the office.”