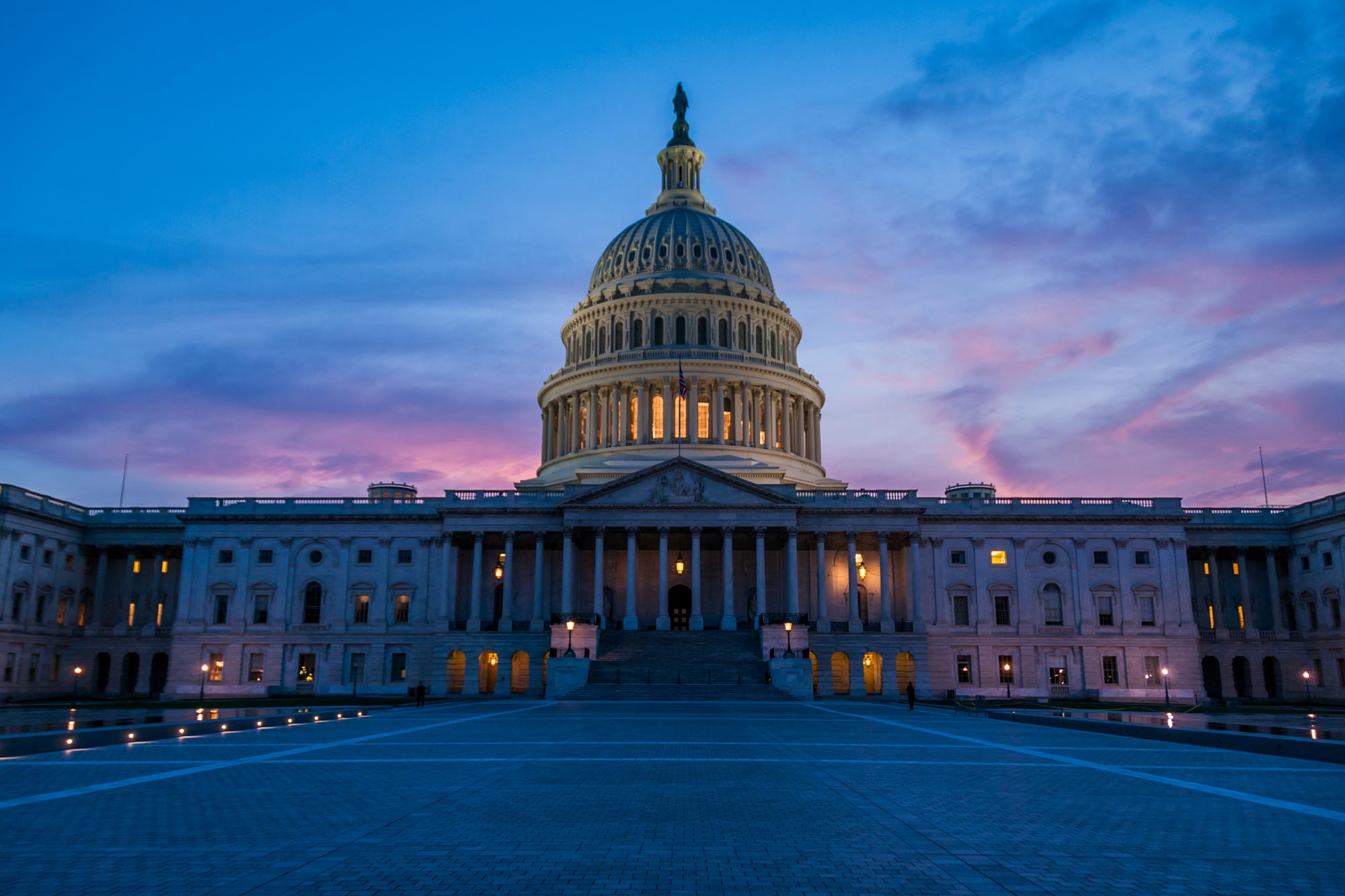 The U.S. Capitol was the site of a riot last week; this week impeachment proceedings are unfolding inside. (Photo by Greg Meland)

On Wednesday, the U.S. House of Representatives voted to impeach President Donald Trump for a second time, charging him with inciting an insurrection after a group of his supporters stormed the U.S. Capitol one week earlier in a bid to stop lawmakers from certifying the 2020 presidential election.

We spoke with Barbara Perry, Gerald L. Baliles Professor and director of presidential studies at the University of Virginia’s Miller Center of Public Affairs, to get her thoughts on Wednesday’s events. Perry co-chairs the center’s Presidential Oral Histories program, has written or edited 14 books on presidents, first ladies, the Kennedy family, the Supreme Court and civil rights and civil liberties, and served as a U.S. Supreme Court fellow and with both Republican and Democratic members of the Senate. 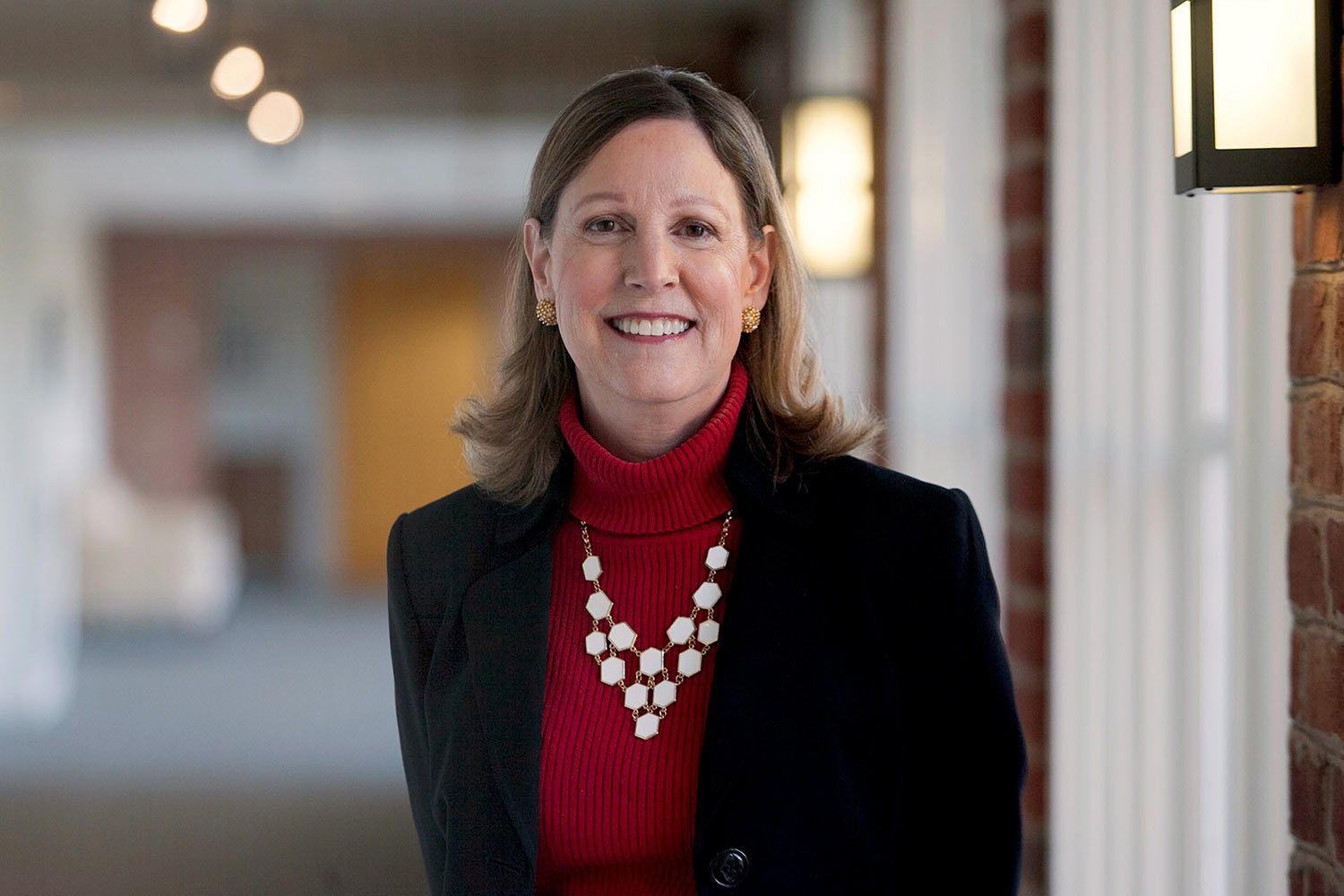 She called the Jan. 6 events, watching rioters storm a building she reveres, “very painful,” and she remains deeply worried as impeachment proceedings get underway this week, with just one more week left in Trump’s term.

Here’s what she had to say as the House debated the single article of impeachment.

Q. The House is impeaching President Trump for the second time, which has never happened before. Can history tell us anything about how this might go or how we got to this point?

A. Like many things about Donald Trump’s candidacy and presidency, this is unprecedented, and we cannot look to history for a direct example. So there is little to guide us in that respect, but perhaps one signpost, if you will, is what Republican leaders did when President Richard Nixon was investigated during the Watergate scandal in 1974.

After the Supreme Court handed down a unanimous verdict that the president had to turn over tapes of evidence, and the House Judiciary Committee had voted on articles of impeachment, leading members of the Republican Party, including Republican senators and members of Congress, went to the White House and urged Nixon to resign. They reminded him that if he were impeached and convicted, he would lose not only the presidency, but all of the after-office benefits of having been president, and would lose their votes as members of his own party. Ultimately, Nixon did resign before the full House could vote on articles of impeachment.

That example does not offer any legal precedent for us now, but it does offer some historical precedent and also an instructive example of what party leaders did during a difficult time.

Q. The charge, “incitement of insurrection,” is obviously quite serious. What do you make of the House’s choice there?

A. Incitement is defined as promoting, encouraging or provoking illegal activity. To me, it is hard to get much clearer, when you look at Trump’s speech before the riot.

Two constitutional law and First Amendment cases I have read stand out as relevant. In one, Terminiello v. City of Chicago, a man who made a political statement at a rally (criticizing racial and political groups) was convicted of disturbing the peace and was challenging that ruling in the Supreme Court. The court ruled in his favor, but Justice Robert H. Jackson wrote a now-famous dissent arguing that we cannot “convert the constitutional Bill of Rights into a suicide pact.” That phrase has resonated with me lately – especially when considering that Jackson had just returned from the Nuremberg trials, where he was the chief U.S. prosecutor.

In another case, the Supreme Court upheld the constitutionality of the Smith Act of 1940, which made it a criminal offense to advocate for the violent overthrow of the government or to be a member of a group advocating for that. This was created as an anti-communist law, and the chief justice at the time, Frederick M. Vinson, referenced an example from Germany (a failed 1923 coup led by Adolf Hitler known as the Beer Hall Putsch) to argue that we do not have to wait for insurrectionists to be lined up, ready to go and waiting for a signal before the government steps in to prevent an insurrection.

The First Amendment is not absolute; even civil libertarian judges who view themselves as absolutists have drawn the line at speech that leads to conduct. The 1969 Brandenburg vs. Ohio case, for example, focused on a KKK rally and established what we now call the “mere advocacy” test, or Brandenburg test. Speech advocating hatred toward a certain group, like Blacks or Jews or Catholics, is protected, that case said, but as soon as you move to advocating conduct, or inciting violence, you lose that protection. Advocating child pornography, for example, is not allowed speech.

So, while a defense could split hairs and say that the president did not literally say, “Go to the Capitol, break in, beat members of the Capitol Police with American flags and fire extinguishers – even killing them – and break and steal …” and everything else we saw, Trump took every step up to that, including giving the signal – “let’s march up to the Capitol and I’m going to be with you.” The only thing he took back was that he didn’t go with them.

Q. If the House does impeach Trump, the case would move to the Senate for trial. How do you expect that to unfold?

A. I was surprised to see [Republican] Sen. [Mitch] McConnell express support for impeachment. He does have some leadership authority and could give cover to those who might be afraid of Donald Trump or afraid that they will lose a primary or lose political donations. But I expect most Republican senators, instead of urging Trump to step down like their counterparts in the Nixon era did, will make a political calculation. Is their career, and the office they hold, safer with or without Donald Trump? For [Sens.] Ted Cruz and Josh Hawley, if they are able to maintain their seats, they might determine that it is better to push Trump off the political stage, to pave their own way to the presidency. Other senators might be thinking about how long they have until re-election, or retirement, or what their state is like.

Ultimately, it will take 17 Republican senators to vote for a conviction [which requires a two-thirds vote]. That seems like a high mountain to climb, to me, but things are moving so fast that I wouldn’t put it out of the realm of possibility.

Q. Is this something you expect to carry over into President-elect Joe Biden’s first term? What issues might arise if Congress puts a former president on trial as a new one starts?

A. I do believe that it will carry over into Joe Biden’s first term, though there is a slight possibility the Senate could invoke an emergency process and come back to session. I do not think that is likely. Instead, I expect this will come to the Senate just as Biden is kicking off his first 100 days. This is certainly not ideal, but there is not really anything ideal about how Biden is starting his presidency, from a scaled-back, militarized inauguration to the ongoing pandemic. And, there is precedent for the Senate setting aside half the day for impeachment trials of federal judges, for example, and then proceeding with legislative business for the rest of the day. It can be done.

The timing also raises a question of if it is appropriate to impeach a president after he leaves office. On the one hand, impeachment is intended as a way to get someone out of office, so it seems like a moot point. On the other hand, one of the sanctions on the table is preventing that president from holding office again, and that sanction would still apply even if Trump is no longer in office. We have no precedent to go on, but it seems like having that sanction on the table opens up the possibility of conducting a trial even after a president leaves office.

Q. How might impeachment and/or conviction affect Trump after he leaves office, and if he contemplates another presidential run in 2024?

A. If he is impeached and convicted, I think a sanction will be imposed preventing him from seeking federal office. However, he will almost certainly contest that in court. There has also been some discussion of invoking the third section of the 14th Amendment, which was meant for Confederates and bans people who engage in rebellion or sedition from holding public office. A reference to that amendment is including in the impeachment articles, I think to give weight to the “incitement of insurrection” charge, but it’s unclear if it can be applied without a conviction in a civil court of law, for example, or without additional legislation spelling out what that means. Many very smart constitutional law scholars have differing opinions on how exactly that amendment would be applied.

Beyond the courts, I believe that Trump will use all of this to refashion himself as this great hero of the kinds of people who engaged in that violent insurrection on Jan. 6., and to continue to gin up the anger he has been ginning up since 2016, and before that with the birther movement. To me, a key question is how the Republican Party will react to that, and if Trump voters – not just far-right-wing or militia types – but a broad base of voters will continue following him, even when he does not have presidential power. I think the answer is yes, but we don’t know yet.