5 Things You Should Know About UVA’s Honor System 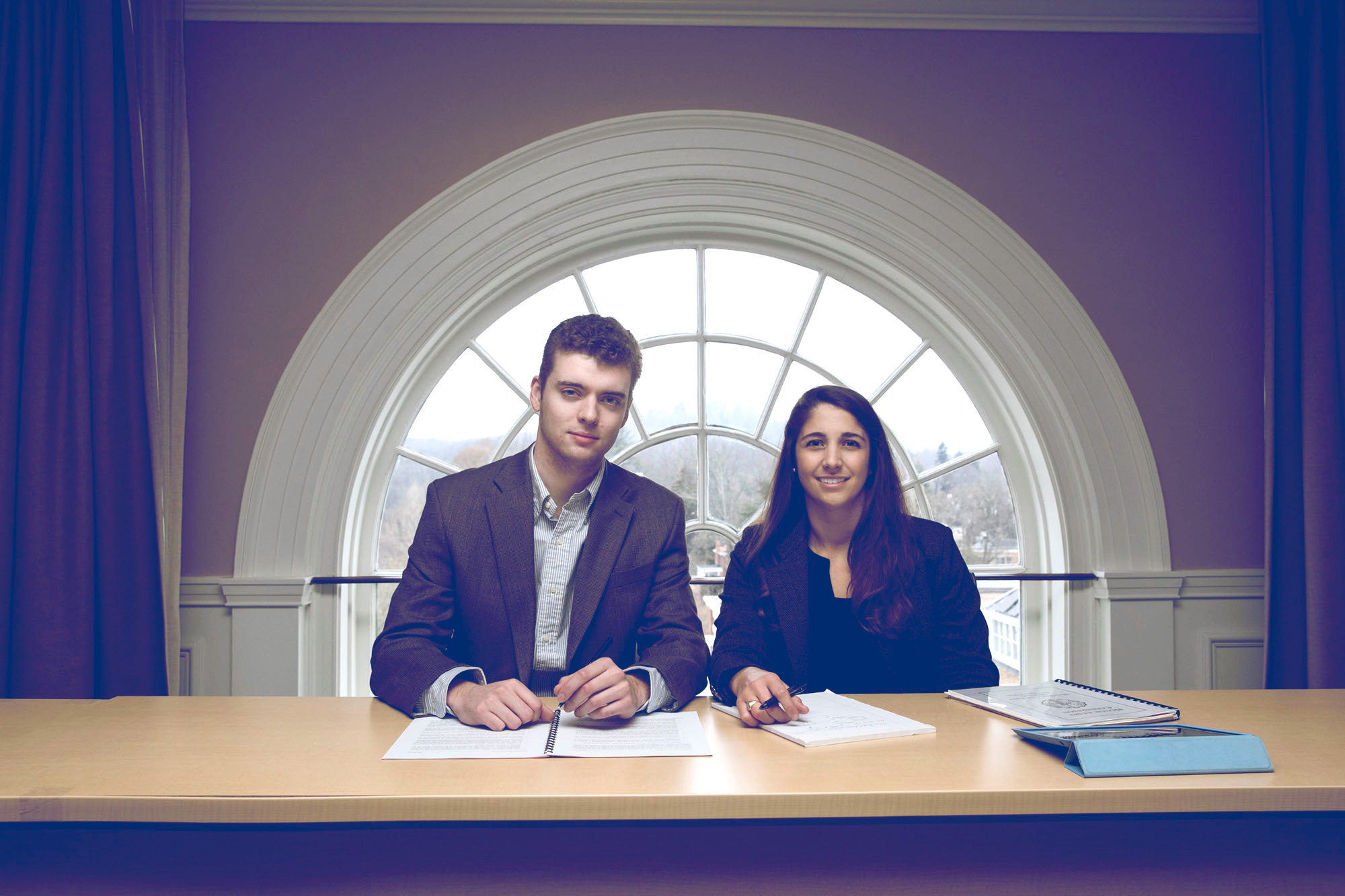 At the University of Virginia, the honor system, which entrusts the student body with the responsibility of maintaining the institutional values of integrity, trust and honesty, has been at work for 175 years.

“For more than a century and a half, the honor system has asked students at the University to hold themselves to a higher standard, by refraining from certain prohibited conduct, but also by actively demonstrating integrity and morality in all their dealings with others,” said Matt West, chair of the Honor Committee, which is tasked with overseeing the system. “This has a major influence on the culture at UVA, benefitting students well beyond graduation.”

Since its establishment in 1842 by Professor Henry St. George Tucker, the system has evolved to grow along with its changing and diverse student body. Read on to learn more about the role honor has played at UVA and how the institution’s current crop of students is working to ensure that a culture of integrity informed by student input lives on.

While the tradition of a student-run honor system at UVA has persisted through the generations of students, each of those who have passed through Grounds has left a mark on the way it functions.

“In my opinion, the history of the honor system and the Honor Committee is simultaneously one of change and continuity,” West said. “The system has evolved in many ways during the 175 years it has existed, but this evolution also reflects its most consistent element – that the system belongs to the student body, and that students at the University have consistently upheld the ideals it promotes for more than a century and a half.”

West said the term “tradition” is sometimes used to suggest that the honor system is outdated, and no longer suits the student body’s needs. But he disagrees.

“The honor system was first created at a time in our history when the University was small and homogenous, a long way from the large, diverse institution we have become,” he said. “It’s a cornerstone of a place with a long, complicated and sometimes unsavory past. But what is important to remember is that the honor system was not intended only for the age in which it was established. The truth is, the fundamental values that the honor system was founded to promote – integrity and trust – are more relevant today than ever.”

The Honor Committee, a group of 27 elected representatives who manage the honor system, work tirelessly to help the system achieve its mission of creating an atmosphere where no honor offenses occur.

“The honor system exists to promote a community of trust – an environment in which anyone who steps foot on Grounds can, without hesitation, rely on the honesty and integrity of every student she meets,” West said.

As the temporary stewards of a system that belongs to every student at the University, West said the committee is devoted to strengthening its representation and making sure that all voices are heard.

“The honor system and committee provide the preeminent example of UVA’s culture of student self-governance,” West said. “The fact that this University entrusts in its students powers reserved for paid administrators at most other schools is a testament to the capability and maturity of UVA students.”

How the Case Process Works

When an honor offense – lying, cheating or stealing – has occurred, the case undergoes a six-step investigation process.

In order to qualify as an offense, West said the committed act must be such that a reasonable UVA student would have the knowledge that it would be considered an offense. Additionally, a level of significance, which indicates that toleration of the act would undermine the system, must be met.

The six-step process is as follows:

1. Report: An incidence of offense can be reported by anyone. Trained honor support officers then conduct an interview with the reporter and collect preliminary evidence.

2. Informed Retraction: A student under investigation may choose to file an informed retraction, which involves admitting guilt, accepting the grading consequences and taking a two-semester leave of absence from UVA.

3. Full investigation: If an informed retraction is not submitted, the student’s case proceeds to full investigation, which includes witness interviews and collection of evidence.

5. Hearing: If the investigative panel decides to formally accuse the student, the case enters the hearing phase. The accused student can choose for his or her case to be heard by a jury of randomly selected peers, Honor Committee members, or a combination of the two. The accused student is represented by counsel in the hearing, and an Honor Committee member presides over the testimony and deliberations to ensure fairness of the process. The jury is charged with making a decision on the case based on testimony and evidence.

6. Appeal: If found guilty by the jury, the student may appeal the decision to a panel of Honor Committee members.

Under the honor system, a single-sanction policy states that a student found guilty of an honor offense is to be permanently dismissed from the University.

West said this sometimes causes some confusion and catches some criticism.

“At first glance, many observers view the single sanction as unduly harsh, punitive and even unfair,” West said. “But the committee’s procedures offer a student who has committed an honor offense multiple options that do not result in expulsion.”

Additionally, with a “conscientious retraction,” which can be filed by a student who commits an offense but hasn’t yet come under suspicion, the student is able to admit his mistake and make amends for his action without facing suspension or expulsion.

“The Honor Committee enables students to admit to unreported offenses in good faith without facing any formal sanction,” West said. “More recently, the introduction of the informed retraction offers a much more forgiving option for students who act honestly in admitting to an offense, even after a report is filed. While the single sanction remains in place, our system is significantly more forgiving than many recognize.”

The Recent Formation of the Honor Audit Commission

“The committee formed the Honor Audit Commission with this important responsibility in mind: initiating a full review of the honor system designed to strengthen the values the system promotes, while also ensuring that it reflects the interests of the students to whom it belongs,” West said.

Phoebe Willis, an alumna and current J.D./M.B.A. student and Board of Visitors member who chairs the Honor Audit Commission, said the purpose of the commission is to get a pulse on the current student body sentiment surrounding the honor system.

In the fall, the commission conducted surveys and focus groups with alumni, students, faculty members and administrators.

“The [commission] will evaluate sanctioning, the honor case process and the Honor Committee’s engagement with the broader University community, ultimately recommending steps the Honor Committee can take to function more effectively,” Willis said.

The commission’s recommendations will be presented to the Honor Committee in the spring of 2018.