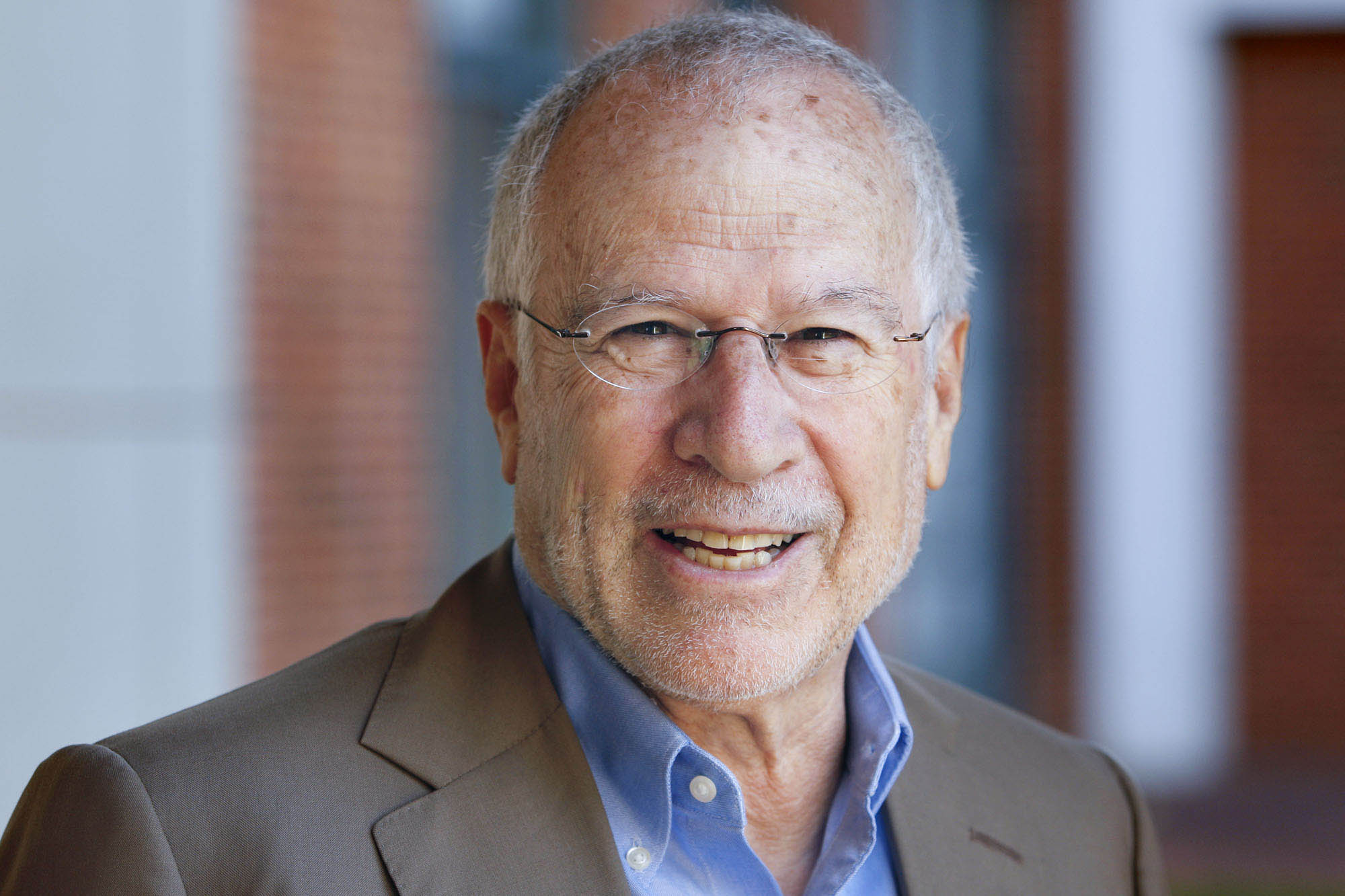 Professor Frederick Schauer of the University of Virginia School of Law was elected a “corresponding fellow” of the British Academy on July 23 in recognition of his distinguished contributions to academic thought.

Schauer is a world-renowned expert in the areas of constitutional law, evidence, legal reasoning, freedom of speech, and jurisprudence and the philosophy of law.

The British Academy comprises more than 1,400 academics, who are elected from the United Kingdom and around the world based on their outstanding contributions to the humanities and social sciences. Corresponding fellows are scholars of distinction who reside outside of the U.K. and have “attained high international standing in any of the branches of study which it is the object of the Academy to promote.”

Schauer said he is honored to receive the award, which is a rare distinction among Americans, both in law and in other fields. Fewer than 10 American legal scholars are fellows, and Schauer was the only American elected in law in 2020.

“The U.K. has been a big part of my academic life for over 40 years, in terms of visiting appointments at both Oxford and Cambridge, lectures over the years at many U.K. universities, and publication of some of my books and articles,” he said. “I am truly flattered by this unexpected and unusual honor.”

New members are named at the conclusion of a lengthy secret-ballot process culminating at the Annual General Meeting of Fellows, held each July.

Schauer, a David and Mary Harrison Distinguished Professor of Law at UVA, is among the most recognizable names in the legal academy. His expertise has been demonstrated in hundreds of books, book chapters, articles, essays, classes and personal appearances.

The University of Virginia has been selected No. 1 in Virginia in SmartAsset’s Best Value Colleges study.

In June, the New York-based financial technology company released its sixth annual study on the colleges that give students the best return on their educational investment. To find the best value colleges in Virginia, SmartAsset measured several categories, including scholarships provided, starting salary, tuition, living costs and retention rate.

The 64th annual Atlantic Coast Conference Academic Honor Roll, recognizing academic excellence by student-athletes during the 2019-20 academic year, was announced June 18 by Commissioner John Swofford, and UVA placed a school-record 496 student-athletes on the list – including 47 Cavaliers who were recognized for the fourth time during their careers. 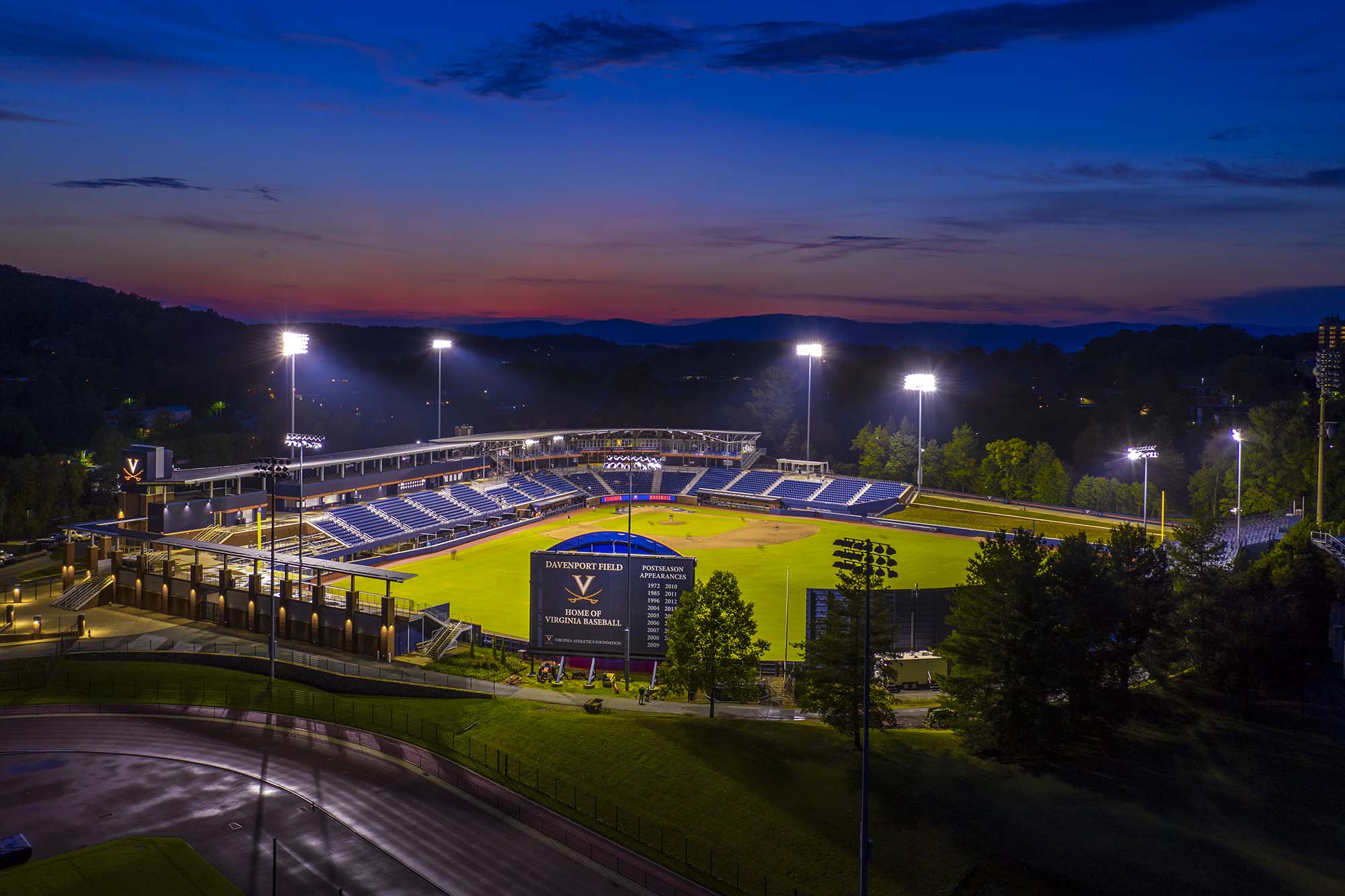 “Congratulations to all of our outstanding student-athletes for this honor,” UVA Director of Athletics Carla Williams said. “We are very proud of their achievements, especially given the unprecedented challenges they faced during the spring semester.”

The Honor Roll comprises student-athletes who participated in a varsity sport and registered a grade-point average of 3.0 or better for the full academic year. The conference recognized a total of 5,609 student-athletes – another record-breaker – for their achievement in the classroom during the 2019-20 academic year.

“We see photos of these workers with their faces obscured by PPE. But they are real people, often women, who have families and enjoy fashion and beauty as much as we do,” the editors wrote. 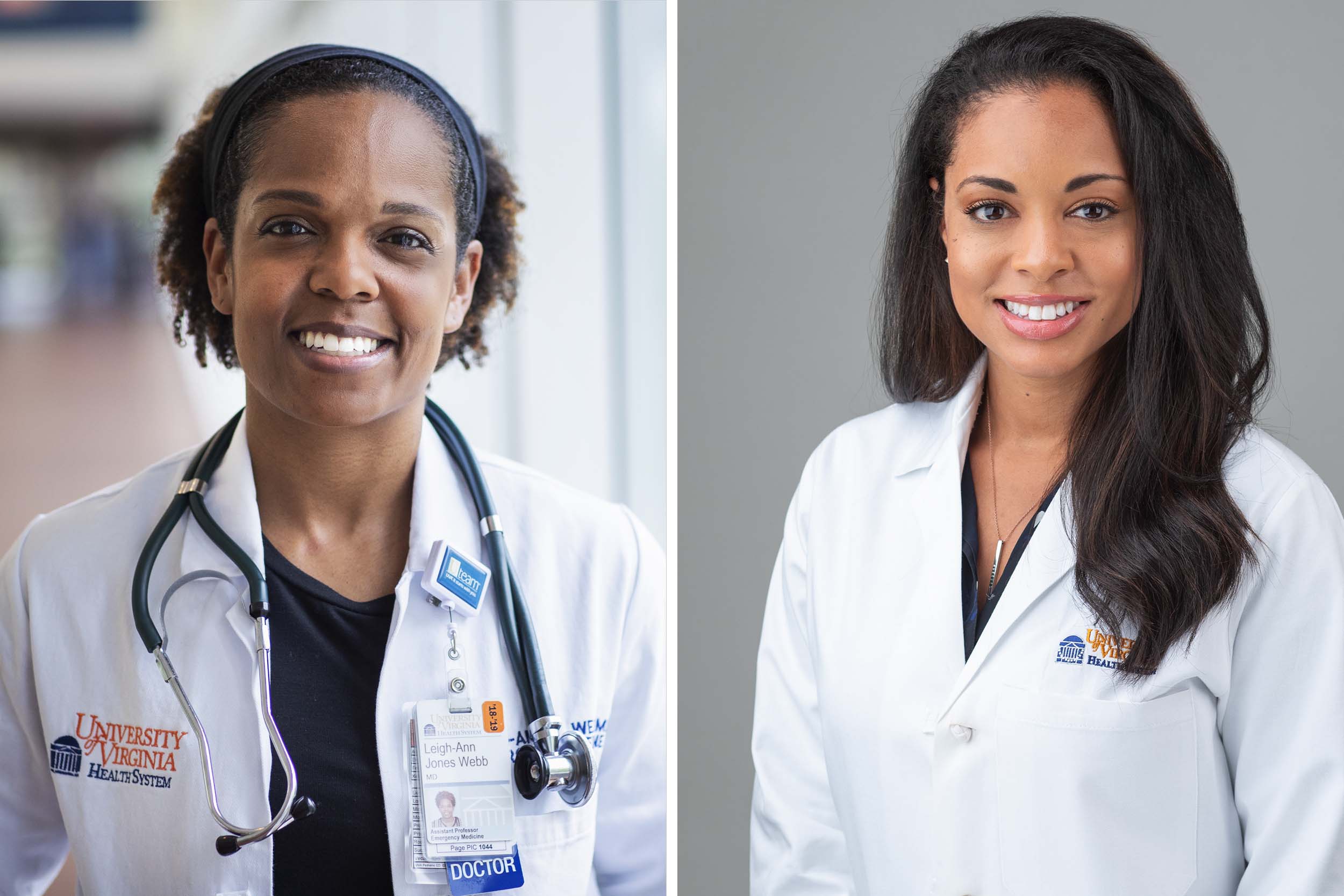 The magazine cited Webb and Hilton’s authorship of a free children’s book, “We’re Going to Be O.K.,” geared toward communities of color that have been disproportionately affected by COVID-19.

Devin Harris, an associate professor of engineering systems and environment, on July 21 was named a fellow in the second cohort of the IAspire Leadership Academy, a leadership program aimed at helping STEM faculty from underrepresented backgrounds ascend to leadership roles at colleges and universities.

The leadership academy – part of Aspire Alliance’s Institutional Change Initiative, led by the Association of Public and Land-grant Universities and the University of Georgia – provides professional development to its fellows in an effort to broaden participation in academic leadership. Fellows learn effective executive leadership skills for increasingly complex higher education environments, as well as strategies for influencing institutional transformation in their current and future leadership positions.

The academy targets mid-career individuals from traditionally underrepresented groups interested in serving in college or university leadership roles in STEM fields. The 24 participating faculty and administrators were selected through a competitive, blind holistic review of their applications. 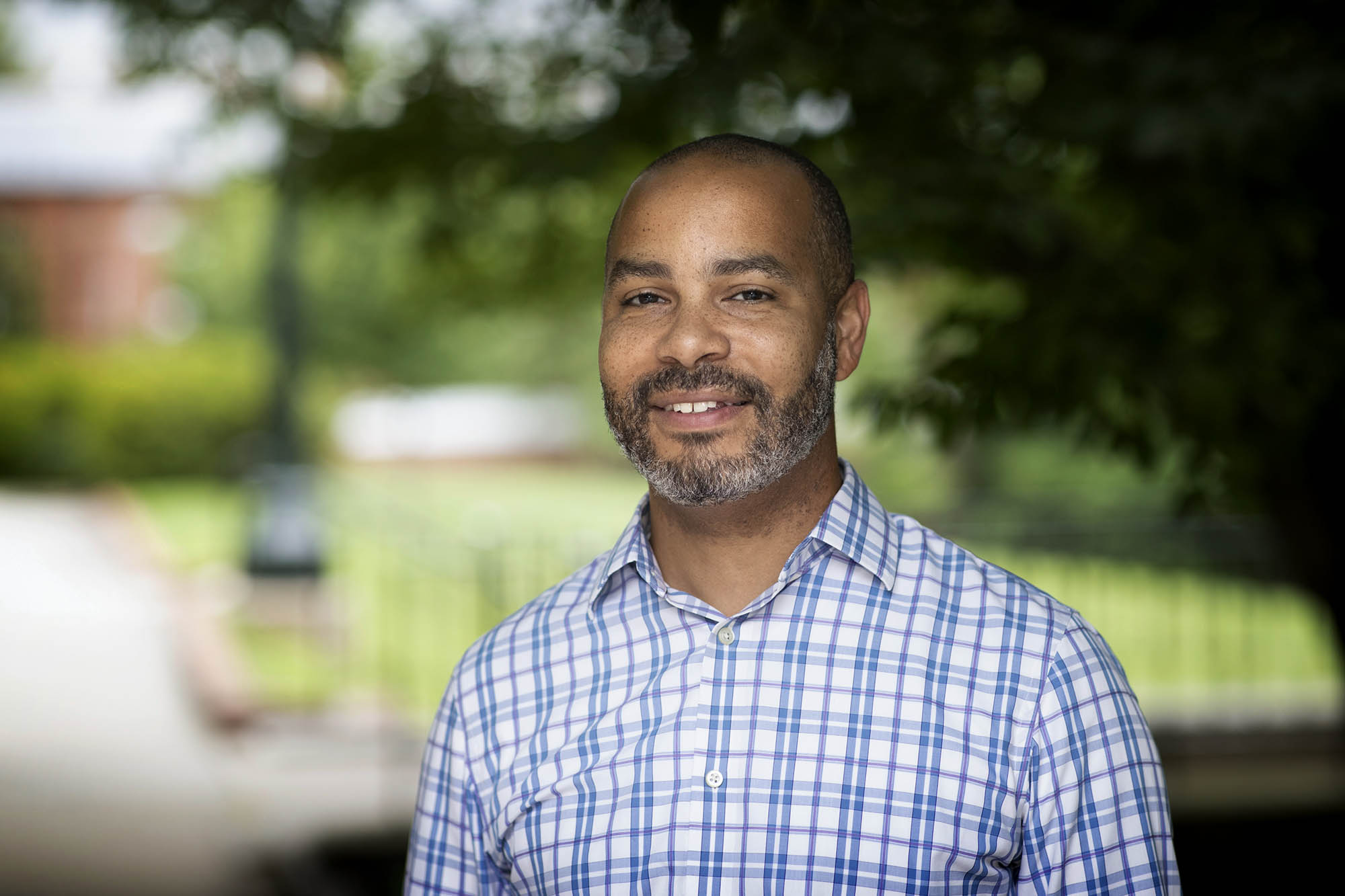 “The second cohort of IAspire Leadership Academy fellows represent a broad diversity of STEM fields and leadership experiences across higher education sectors,” said Howard Gobstein, director of the Aspire Alliance and executive vice president at the Association of Public and Land-grant Universities. “More inclusive college and university cultures require diversity in faculty and university leadership, and this academy helps to support the next generation of university faculty and leaders.”

The UVA Medical Center and UVA Children’s have earned excellent scores for their support of breastfeeding in a nationwide survey of hospitals conducted by the federal Centers for Disease Control and Prevention.

UVA received a 91 out of 100 on the Maternity Practices in Infant Nutrition and Care survey, far exceeding the Virginia average of 81 and the national average of 79.

As health care providers have embraced the importance of breastfeeding in recent years, increasing attention has been paid to how hospitals and health systems can support new mothers with breastfeeding their babies. Current guidelines call for exclusive breastfeeding for a baby’s first six months, when possible, followed by breastfeeding along with other foods until at least 12 months of age. Improving support practices in the hospital has been shown to improve the success of the more than four out of five mothers who desire to breastfeed.

The survey evaluates hospitals on several measures that help support breastfeeding, including:

“These results are only possible thanks to tremendous collaboration from team members in our prenatal clinics, our maternity and postpartum inpatient units and our Breastfeeding Medicine Program, along with the departments of Obstetrics and Gynecology, Family Medicine, Pediatrics and Anesthesiology,” she said.

Nursing Professor to Use Fellowship to Study Pediatric Sepsis

Jessica Keim-Malpass, an associate professor of nursing, is one of 11 American nurse scientists selected to receive a Betty Irene Moore Foundation Fellowship for Nurse Leaders and Innovators. With the $450,000, three-year fellowship, Keim-Malpass will develop novel computational approaches to understand how and why certain hospitalized children with sepsis recover, while others grow worse. 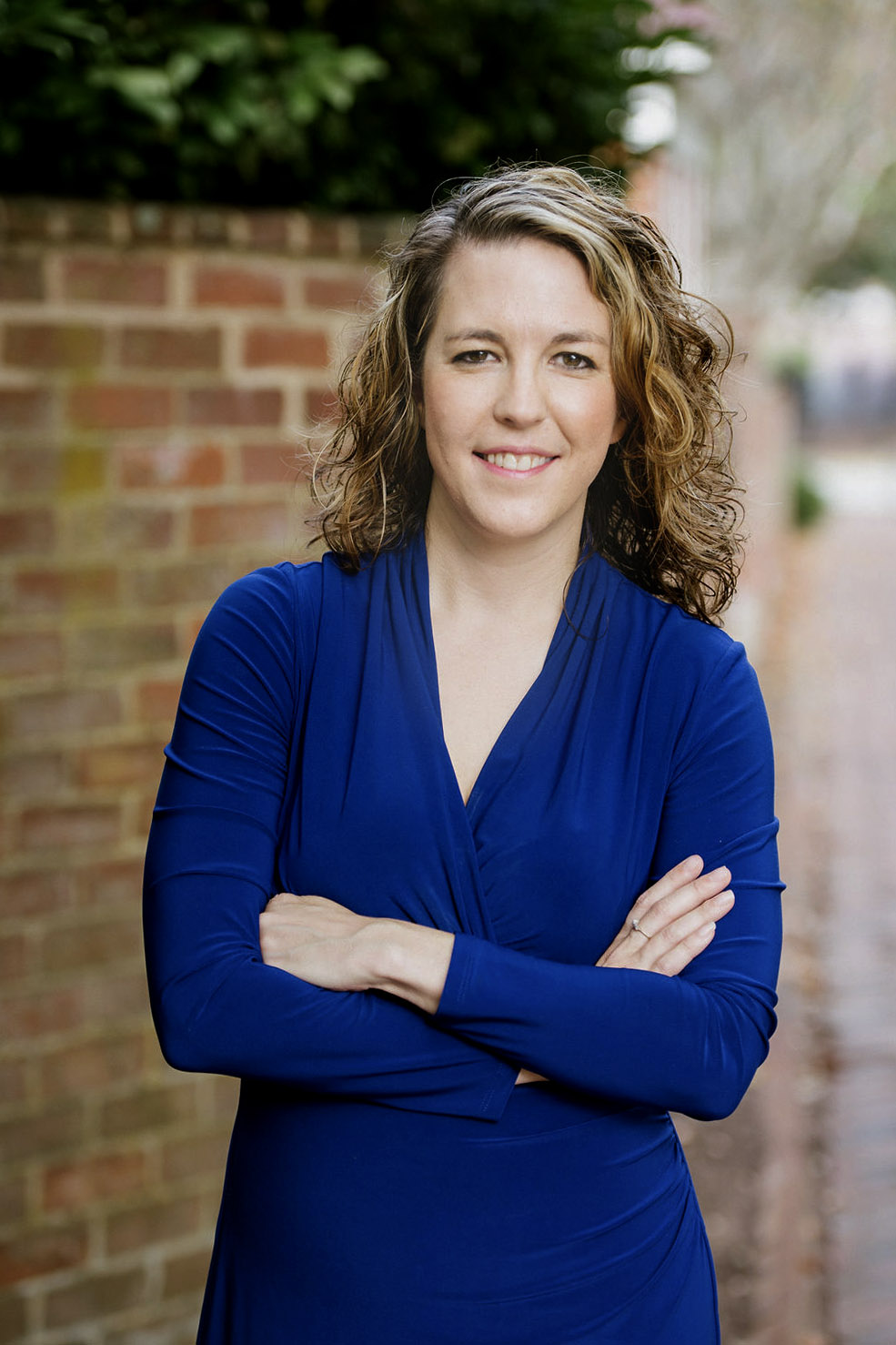 The World Health Organization estimates as many as 3 million newborns and 1.2 million children suffer from sepsis – a blood infection caused by a bacteria, virus or fungus – globally each year. Though roughly a third of pediatric ICU deaths are due to sepsis, factors that lead to it remain poorly understood and understudied.

In addition to the project, Keim-Malpass and her fellow grantees will take part in a hybrid online and classroom curriculum designed and taught by University of California-Davis’s Graduate School of Management that aims to enhance leadership, strengthen strategic thinking and collaboration skills, expand professional networks, develop entrepreneurial thinking and propel innovation.

The Tillman Foundation’s scholarship recipients are “military service members, veterans and spouses with a high potential for impact as demonstrated through a proven track record of leadership, the continued pursuit of education and the commitment of their resources to service beyond self,” according to the foundation’s website.

The newly selected scholars will receive funding to pursue higher education and continue their service in the fields of health care, business, law, public service, STEM, education and the humanities.

Long, whose five siblings are all also veterans, was commissioned in the Marine Corps after earning a B.S. in political science from the U.S. Naval Academy. After two deployments as an infantry officer and platoon commander, he volunteered for recruiting duty at Marine Corps Recruit Depot San Diego, becoming deputy director of Marine Corps Recruiter School. He is also a volunteer with Service to School, a nonprofit that provides free college and grad school application counseling to veterans and service members.

At the recruit depot, he connected three recruiters with the U.S. immigration office to help 14 applicants become Marines who otherwise may have been excluded because they didn’t have green cards.

“Anyone hoping to contribute to our country certainly deserves a chance to be an American,” Long said. “As a lawyer, I will especially help those interested in military and public service obtain lawful residency.”

In addition to his bachelor’s, he earned an M.S. in accounting from Liberty University.

Long said he hopes to become a lawyer in Houston after graduating.

The Tillman Foundation was created by family and friends of Pat Tillman, an NFL player who enlisted in the Army after the Sept. 11 terrorist attacks and was killed in Afghanistan in 2004.

UVA Weekly Episode 6: A New Look at Testing, Behind the Scenes at IM-Rec END_OF_DOCUMENT_TOKEN_TO_BE_REPLACED

Inside One of the UVA Labs Studying COVID-19 END_OF_DOCUMENT_TOKEN_TO_BE_REPLACED 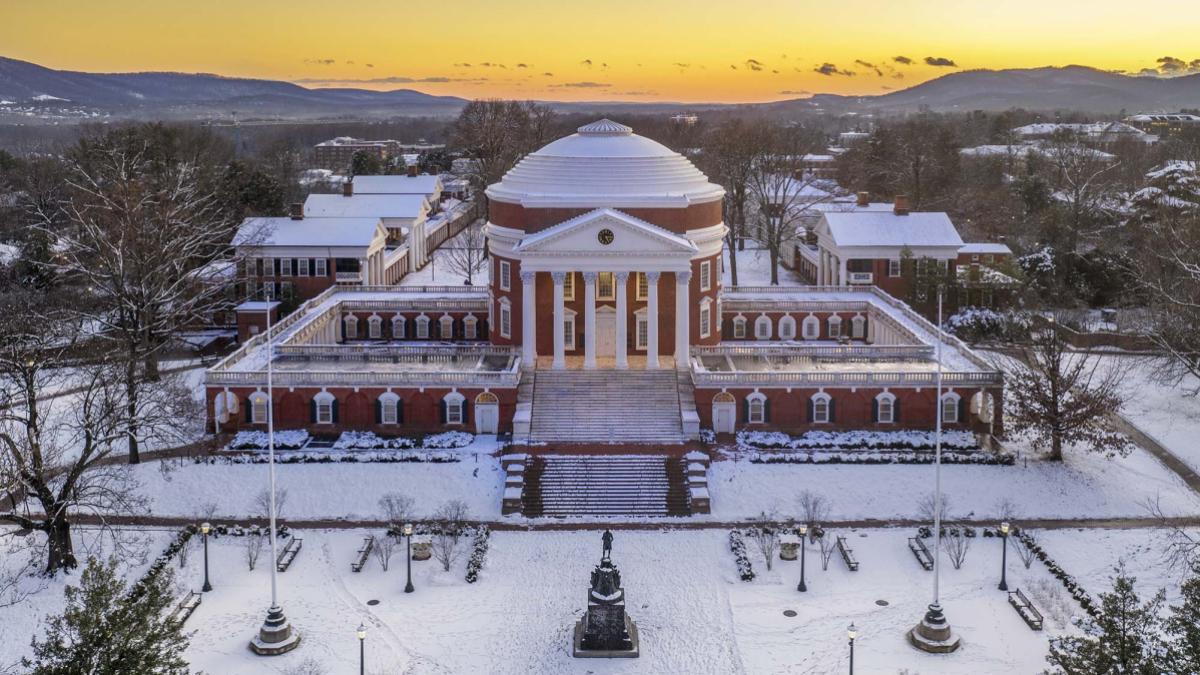