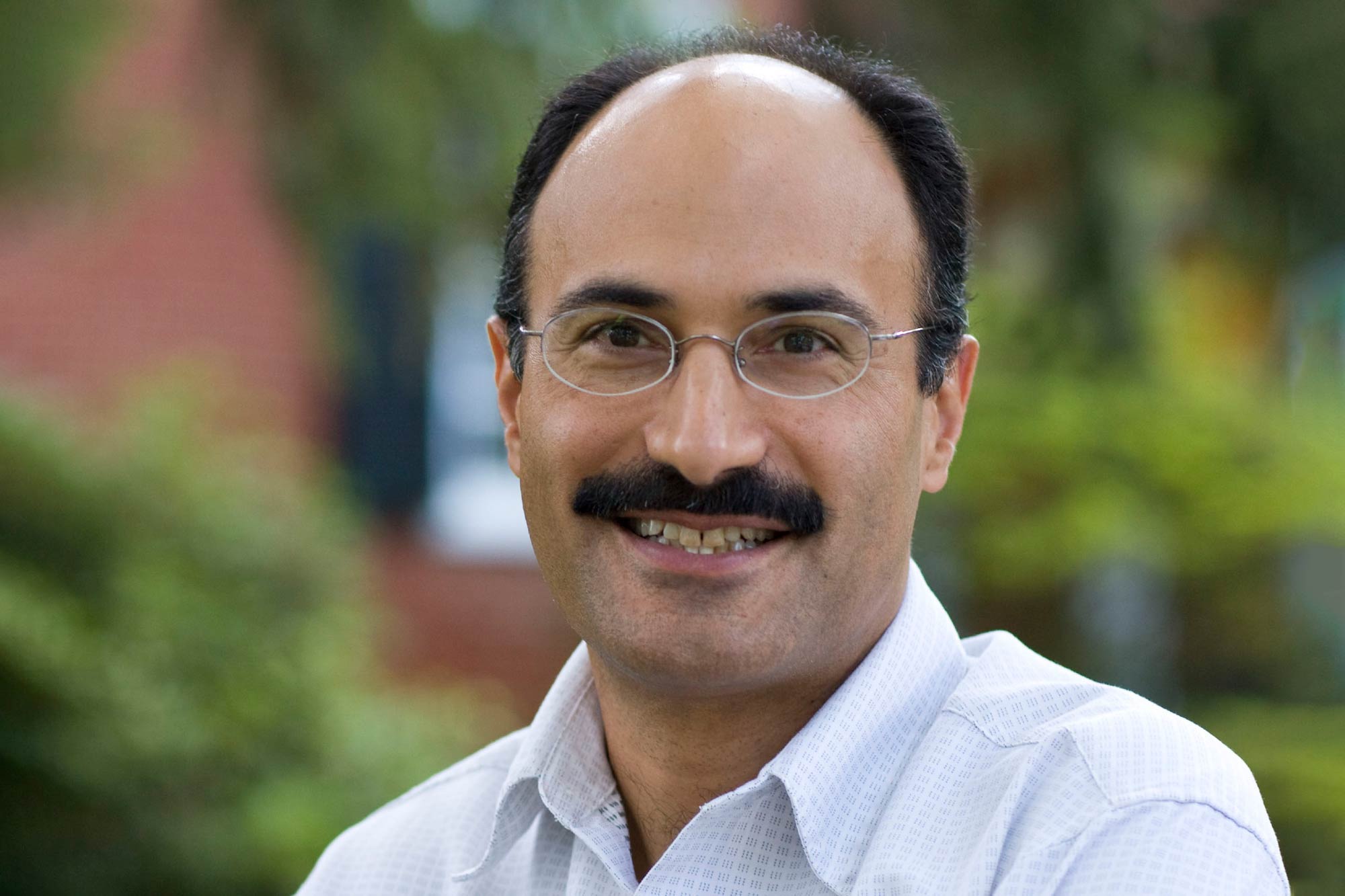 Jahan Ramazani is just the 10th UVA faculty member asked to become a member of the American Philosophical Society, the oldest academic society in the United States. (Photo by Dan Addison, University Communications)

Jahan Ramazani, University Professor and Edgar F. Shannon Professor of English, has been elected into the American Philosophical Society, just the 10th UVA faculty member asked to become a member of the oldest academic society in the United States.

Benjamin Franklin founded the American Philosophical Society in 1743 for the purpose of “promoting useful knowledge.” Today, the society furthers that mission by recognizing and engaging “leading scholars, scientists, and professionals through elected membership and opportunities for interdisciplinary, intellectual fellowship,” its website says.

Ramazani has published six books about modern and contemporary poetry in English, starting with Irish poet W.B. Yeats and expanding his scholarship to poets in postcolonial countries in Africa and the Caribbean, besides American, Irish and British writers. His latest book, “Poetry in a Global Age,” came out in 2020.

Also an editor, he is now working on the 11th edition of “The Norton Anthology of English Literature,” having worked on three previous editions, among them, “The Norton Anthology of Modern and Contemporary Poetry.” The U.S. State Department recently featured Ramazani on its ShareAmerica website, where he said many contemporary poets “are interacting with our world, whether listening to hip hop or reading philosophy, [and] they draw on high and low culture and mix them up in fascinating ways.” 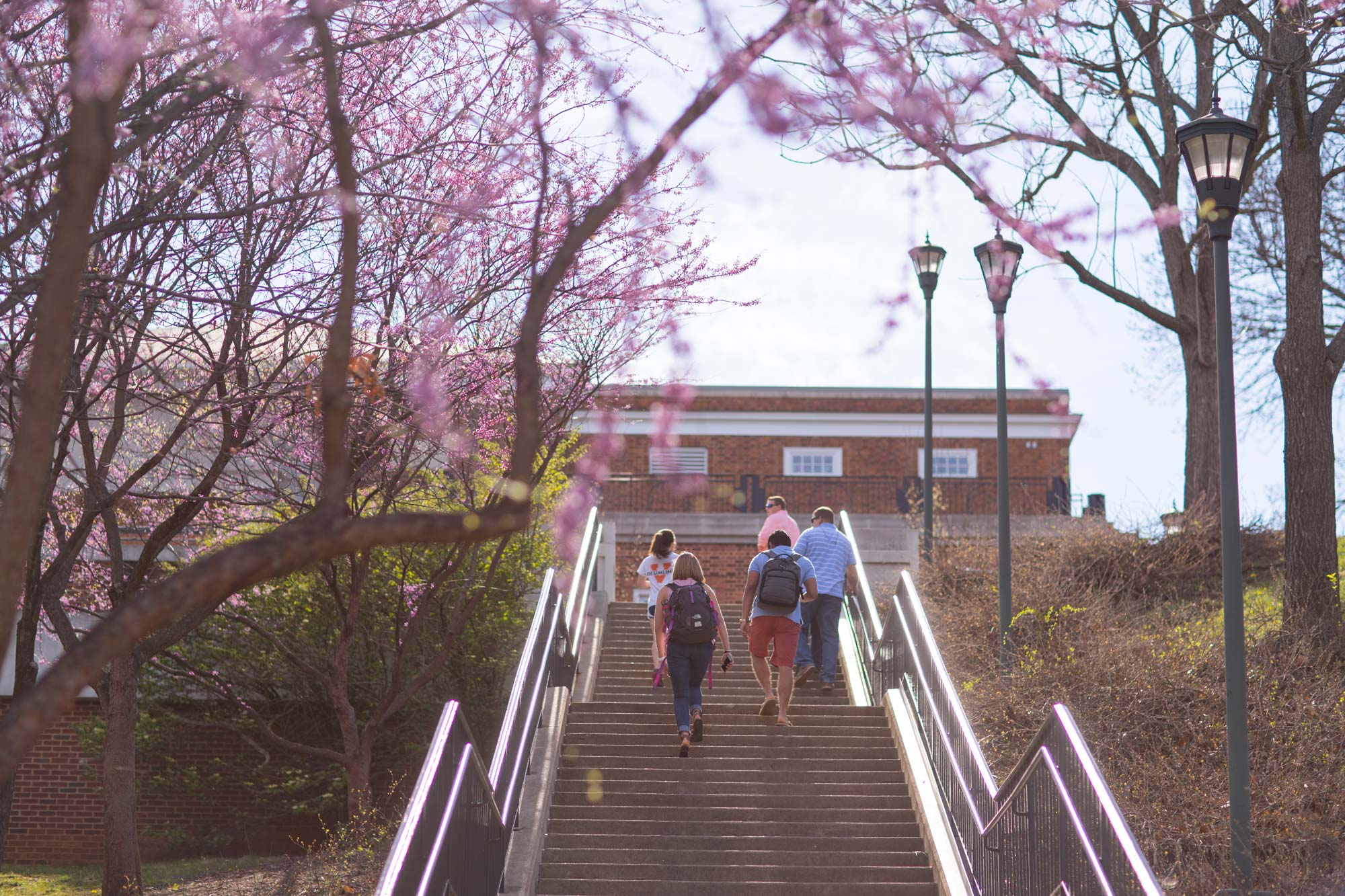 Students at UVA are working toward the best bachelor’s and master’s degrees in the state, according to University HQ. (Photo by Sanjay Suchak, University Communications)

UniversityHQ, a website geared toward providing consumer information for students, ranks both UVA’s undergraduate and master’s degrees as the “Best in Virginia.”

Virginia Military Institute, the College of William & Mary, Virginia Tech, and Washington and Lee University rounded out the top five of the undergraduate rankings.

Chosen from a rigorous application and peer review process out of almost 2,500 applicants – including American and Canadian scientists, scholars in the social sciences and humanities, and writers and artists of all kinds – the successful applicants were appointed on the basis of prior achievement and exceptional promise.

In all, 51 scholarly disciplines and artistic fields, 81 different academic institutions, 31 states and the District of Columbia, and four Canadian provinces were represented in this year’s class of fellows, who range in age from 33 to 75. Many Fellows’ projects directly respond to issues like climate change, pandemics, Russia, feminism, identity and racism.

According to her website, Reid is a composer, sound artist, researcher and educator, whose works range from opera, chamber, and vocal music, to acousmatic, electroacoustic works and interactive sound installations. Her primary research interests involve the perception, modeling and compositional applications of timbre. In her works, timbre acts as a catalyst for exploring new soundscapes, time, space, perception and color. In recent reviews, Reid’s works have been described as “immersive,” “haunting” and “shimmering.”

Since its establishment in 1925, the John Simon Guggenheim Memorial Foundation has granted nearly $400 million in fellowships to more than 18,000 individuals, among whom are more than 125 Nobel laureates, members of all the national academies, winners of the Pulitzer Prize, Fields Medal, Turing Award, Bancroft Prize, National Book Award, and other internationally recognized honors.

Acquaviva, a member of the School of Nursing faculty since 2019, is an expert on aging, human sexuality, health policy, hospice and palliative care. She is a celebrated teacher and author, and an internationally recognized advocate for LGBTQ+ communities’ access to compassionate and equitable palliative and end-of-life care. She gained international fame when she and her late wife Kathy Brandt – a well-known advocate for hospice care – chronicled Brandt’s illness and death from cancer across their social media accounts.

“There is a stigma around talking about death,” Acquaviva said in a documentary produced by The New Yorker, “sharing pictures of death, because most people don’t know what it would look like. It’s scary. And Kathy said, ‘Let’s just put things out there. Let’s be fully transparent and share this with people.’ And so we starting putting it out on social media.”

The Social Work, Hospice, and Palliative Care Network’s Award for Career Achievement honors individuals who make outstanding professional contributions to the palliative care field, have had a national or international impact for at least 15 years, and have dedicated themselves to advancing the development and improvement of psychosocial palliative care for individuals with chronic illness, who are on hospice care, or those who are confronting grief, loss and bereavement.

A Distinguished Fellow of the National Academies of Practice in social work, Acquaviva’s book, “LGBTQ-Inclusive Hospice and Palliative Care: A Practice Guide to Transforming Professional Practice,” received the American Journal of Nursing’s Book of the Year Award in the palliative care and hospice category. 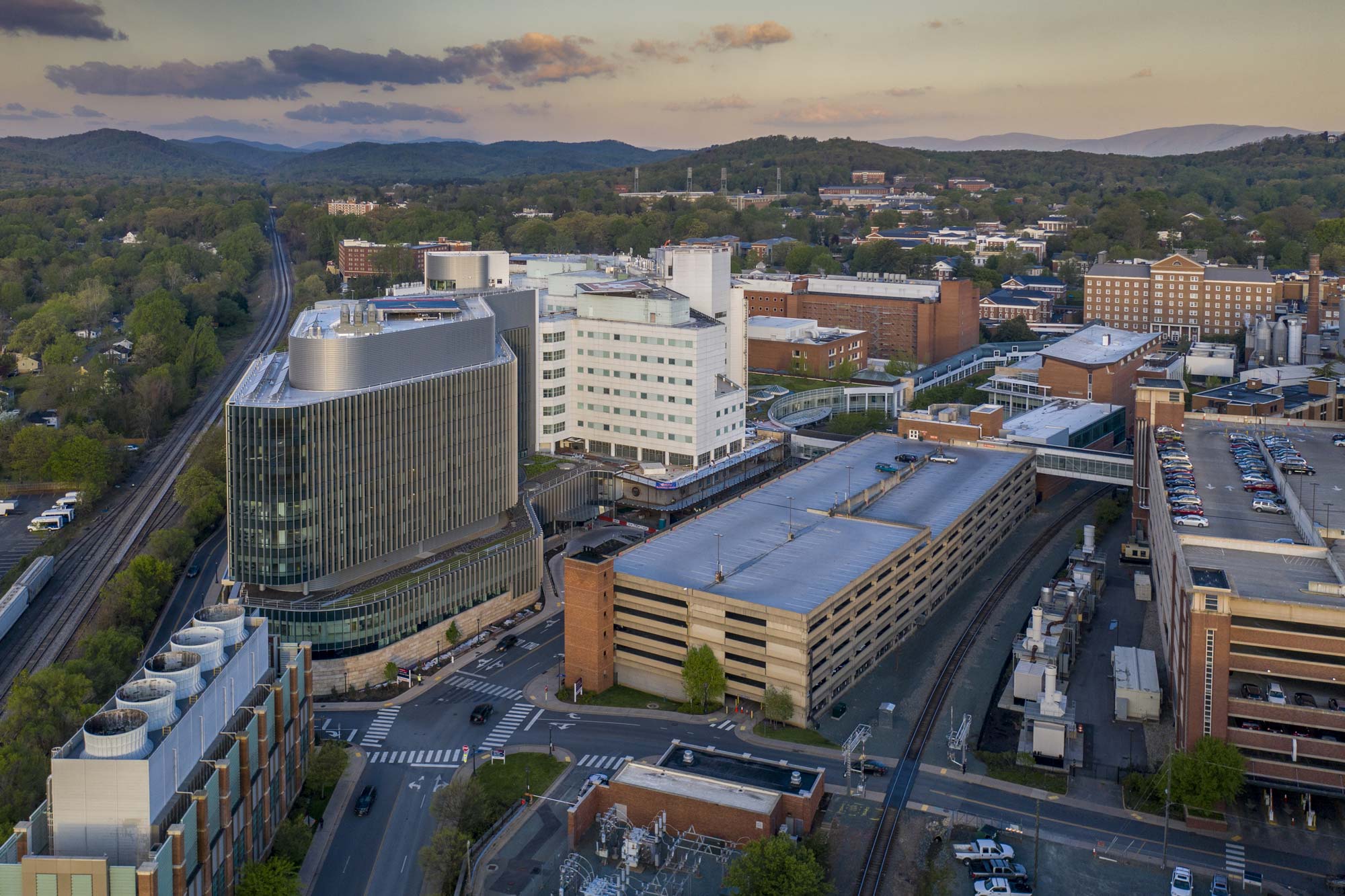 The UVA Medical Center has been nationally recognized for its high-quality care of new mothers and babies, earning a place on Newsweek’s 2022 list of America’s Best Maternity Hospitals.

“This tremendous honor is only possible thanks to a collaborative effort across UVA Health, including our UVA Women’s Services and UVA Children’s teams,” said Dr. K. Craig Kent, chief executive officer of UVA Health and executive vice president for health affairs. “I want to commend all the physicians, nurses, certified nurse midwives, nurse practitioners, physician assistants and all of our team members who provide such excellent care.”

UVA Medical Center was among just 161 hospitals nationally that earned the publication’s highest rating – five ribbons – for maternity care. Newsweek’s ratings are based on three factors:

“All of our team members who provide maternity care – from prenatal care to labor and delivery to the first checkups for newborns – are committed to providing the highest-quality care for the families we serve,” said Wendy Horton, chief executive office of UVA Medical Center. “It is wonderful to see their dedication honored with this national award.”

Professor’s Scholarship Among Best Corporate Law Articles of the Year 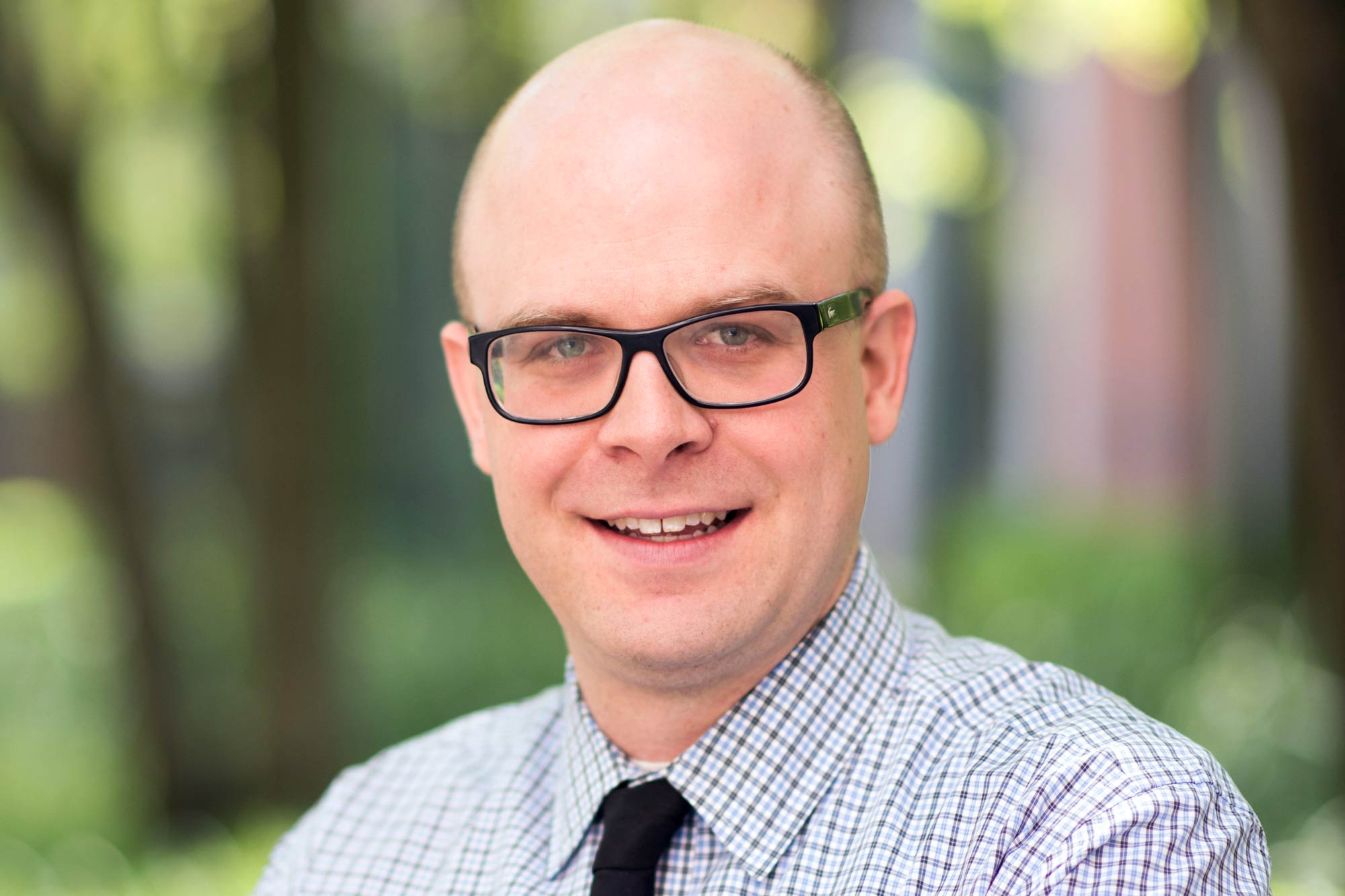 Law professor Quinn Curtis’ paper examining mutual funds that claim to focus on environmental, social and corporate governance goals was named best in its field in 2021. (School of Law photo)

Law professor Quinn Curtis’ paper examining whether mutual funds focused on environmental, social and corporate governance goals live up to their label has been named one of the top 10 corporate and securities articles of 2021.

A poll of academics conducted for Corporate Practice Commentator selected Curtis’ paper, “Do ESG Mutual Funds Deliver on Their Promises?,” forthcoming in the Michigan Law Review, and other honorees from more than 400 candidates. The paper is co-written by law professors Jill E. Fisch of the University of Pennsylvania and Adriana Robertson of the University of Toronto.

Both the Department of Labor and the Securities and Exchange Commission have signaled that ESG funds may need more oversight, but the empirical research conducted by Curtis and his co-authors indicates that special regulation is not needed and affirms the funds do offer shareholders an option that supports ESG principles. The authors also conclude that the funds don’t increase costs or reduce returns for shareholders.

“It would help investors to have more transparency across the board about mutual fund investment strategies, ESG or not, but we didn’t find evidence that ESG funds were particularly problematic,” Curtis said. 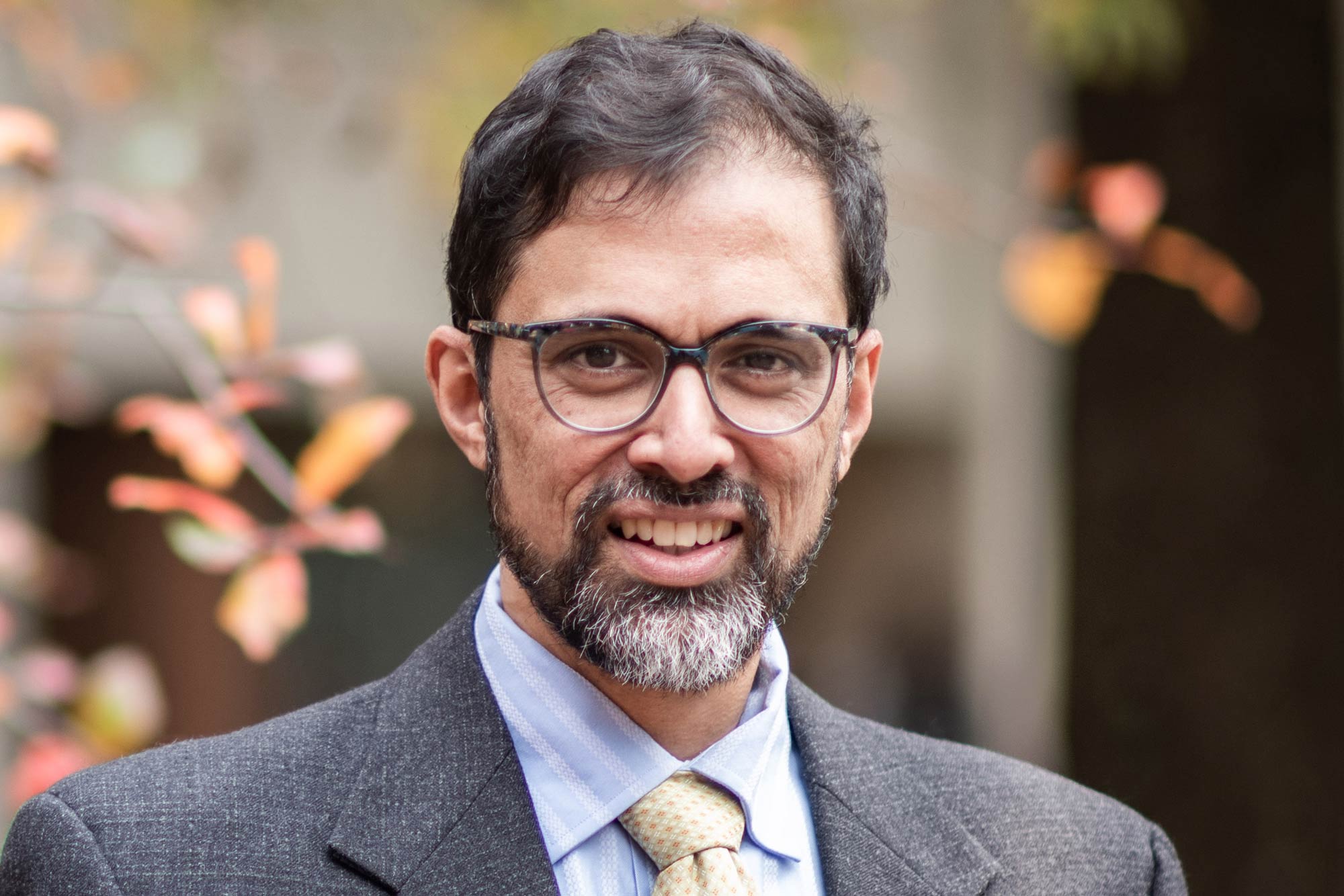 The group, co-chaired by New York University law professor Bob Bauer, unanimously agreed that Congress should reform the act, passed in 1887, in time for the 2024 presidential election. The project proposed principles “in an effort to contribute to a constitutionally sound bipartisan consensus in Congress.” Among the suggestions were limiting objections to electoral votes grounded in explicit constitutional requirements; moving the Electoral College meeting date to account for recounts and legal challenges; and affirming that states cannot disregard votes or electors contrary to laws in place on Election Day.

John P. Mugler III, professor of radiology and medical imaging, with a second appointment in biomedical engineering, recently received the Gold Medal from the International Society of Magnetic Resonance in Medicine.

The society recognized him at its recent annual meeting “for seminal contributions to the development of multiple rapid MR imaging techniques, in particular for the Magnetization-Prepared with RApid Gradient Echo (MP-RAGE) imaging method which has become routinely used in multiple clinical and research studies worldwide.”

The society has more than 9,000 members and is the premier society for MRI research. In the 50 years of the society’s history, it has only awarded 80 medals.

UVA Health’s F.E. Dreifuss Comprehensive Epilepsy Program has been recertified as a Level 4 center – the highest level of care – by the National Association of Epilepsy Centers.

“I want to congratulate our entire epilepsy care team for earning this national honor,” said Dr. K. Craig Kent, chief executive officer of UVA Health and executive vice president for health affairs at UVA. “This highly skilled team exemplifies the type of complex care available at UVA Health that can only be found at a small number of hospitals across the U.S.”

“Our team provides comprehensive care to help patients control or, in some cases, stop their seizures,” said Dr. Nathan Fountain, director of the F.E. Dreifuss Comprehensive Epilepsy Program. “I am so pleased to see the dedication and excellent care our team provides rewarded with the Level 4 designation.”

As an academic medical center, UVA is also a leader in epilepsy research and clinical trials, having contributed to the development of every experimental treatment for epilepsy that has been approved by the U.S. Food and Drug Administration in the last 30 years. 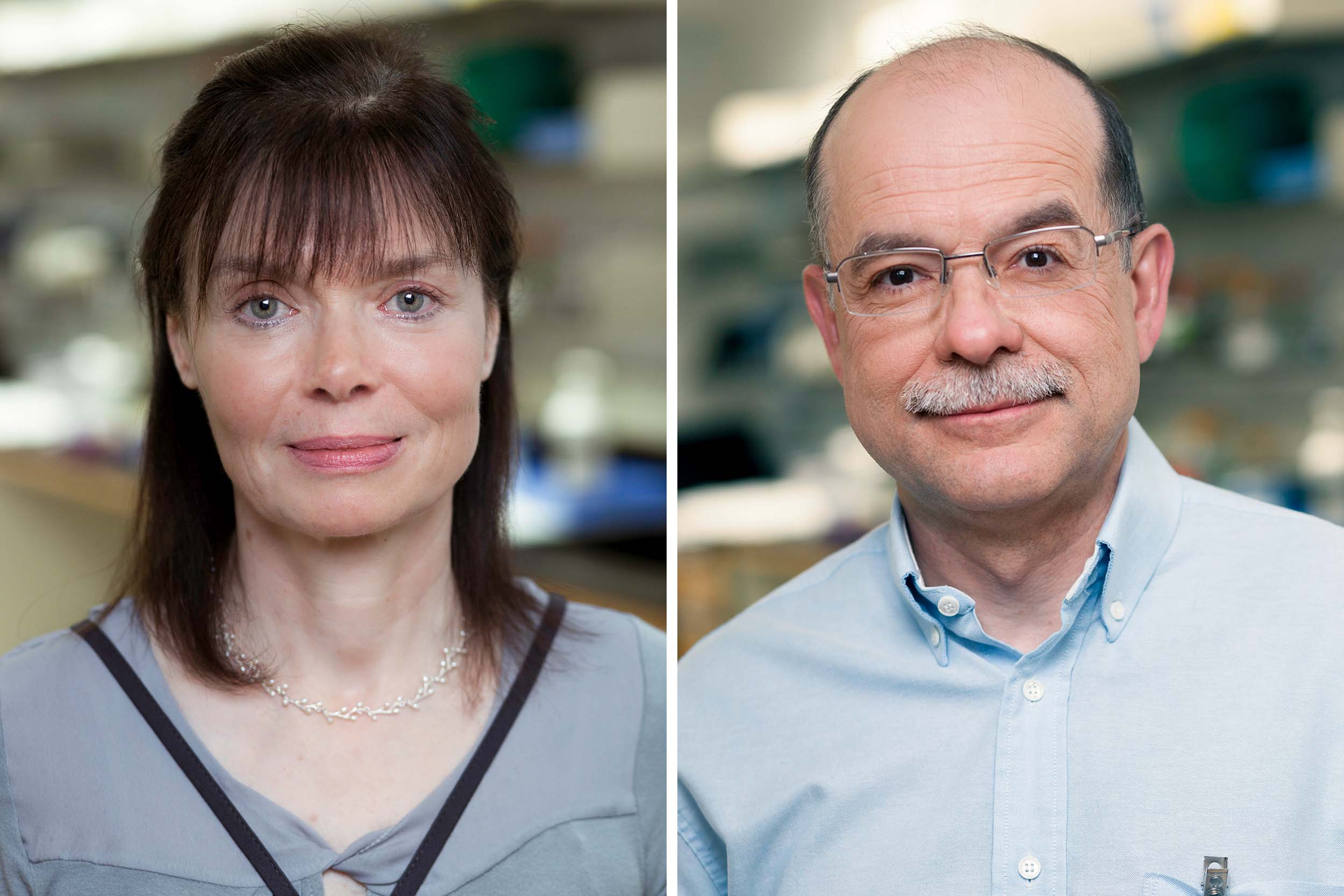 Christine and the late Bernard Thisse earned recognition for their use of zebrafish in their study of cell biology. (Contributed photos)

Christine and the late Bernard Thisse, professors of cell biology and of biology, recently received the George Streisinger Award from the International Zebrafish Society. (Bernard Thisse died in December.)

In 2021, the Thisses – who previously worked with zebrafish but this time used a mouse model – made a major breakthrough in scientists’ efforts to use stem cells to mimic the natural development of mammals “growing” a properly organized partial mouse embryo from stem cells in vitro.

The finding will help researchers understand mammalian development, battle diseases, create new drugs and, eventually, grow tissues and organs for people in need of transplants. The STAT health news website chose the work as one of the top biomedical advances of 2021.

The society established the Streisinger Award to recognize a senior investigator who has done sustained and foundational work that has opened new possibilities within the zebrafish field that benefit all research today.

Matsumoto, professor of radiology and chair of the Department of Radiology in the UVA School of Medicine, has served as a member of the American College of Radiology Council Steering Committee and the college’s Board of Chancellors, most recently as chair of the Commission on Interventional and Cardiovascular Imaging. He is the first Asian American to be named vice chair. 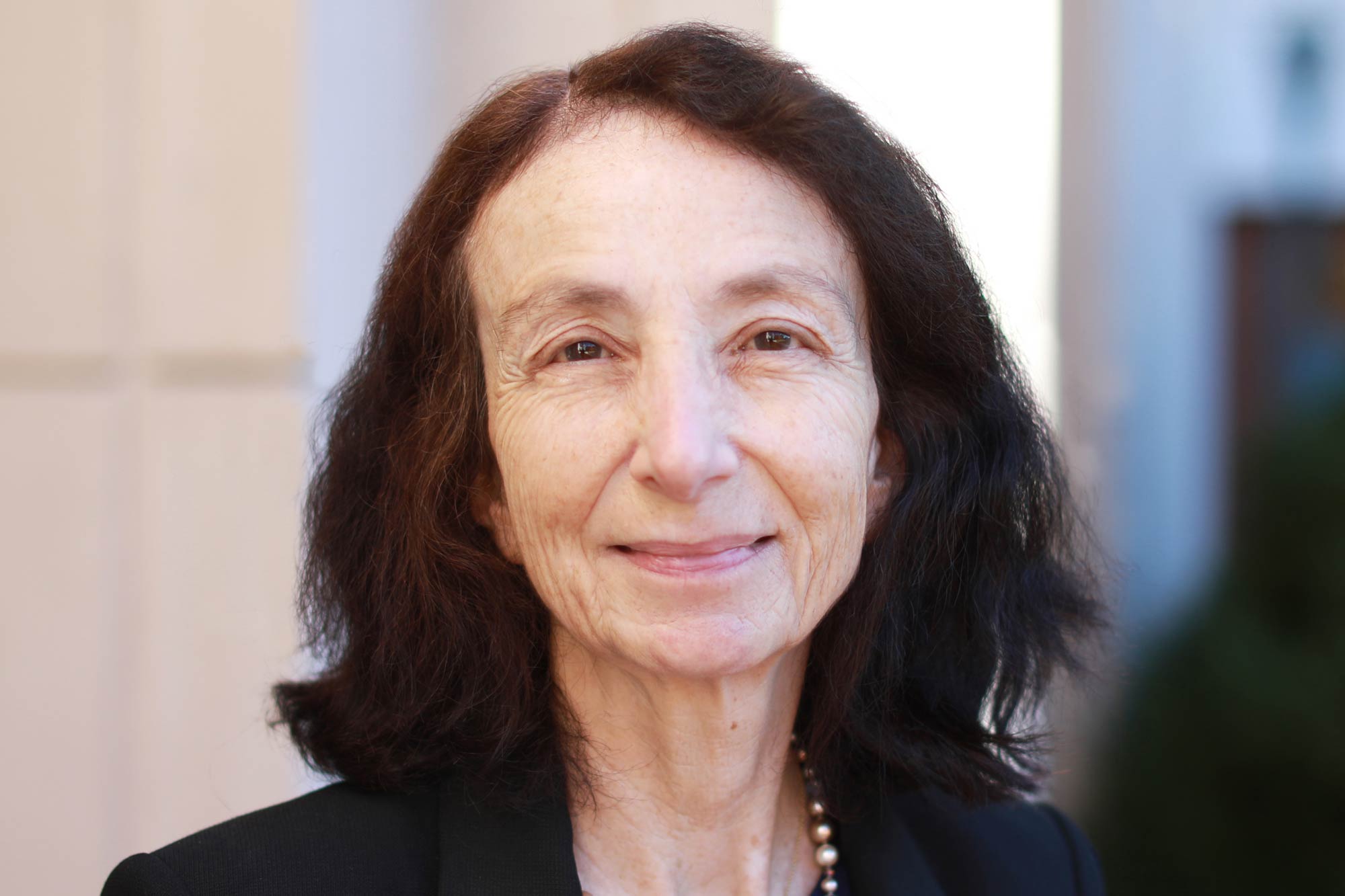 According to a press release, the American College of Trust and Estate Counsel, which represents 2,400 lawyers and law professors worldwide, strives for the improvement and reform of probate, trust and tax laws, and procedures and professional practice standards, and offers technical comments with regard to legislation and regulations.

The Bigger Picture: Starry Night in the Rotunda END_OF_DOCUMENT_TOKEN_TO_BE_REPLACED 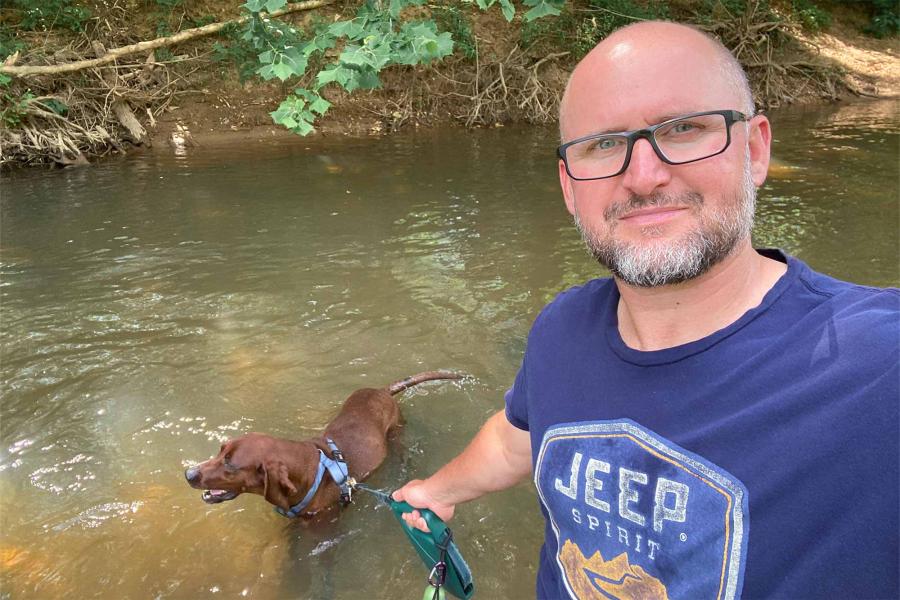 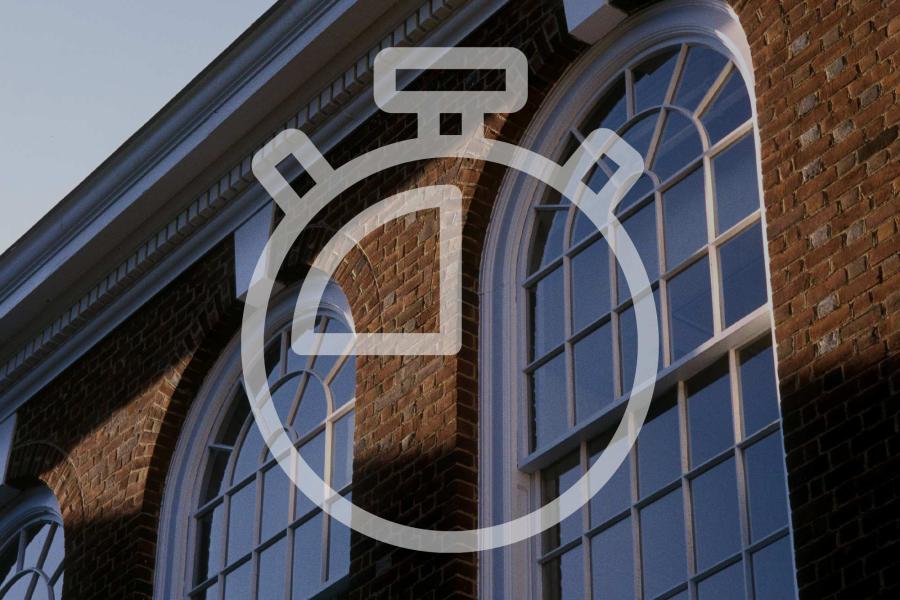 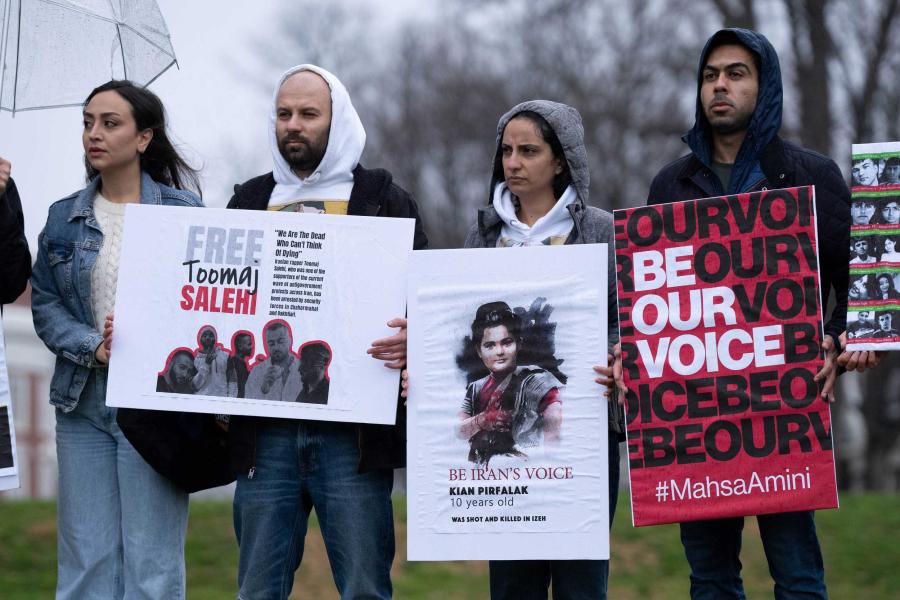