Admissions Policies and Practices Due for an Overhaul, Roberts Tells BOV 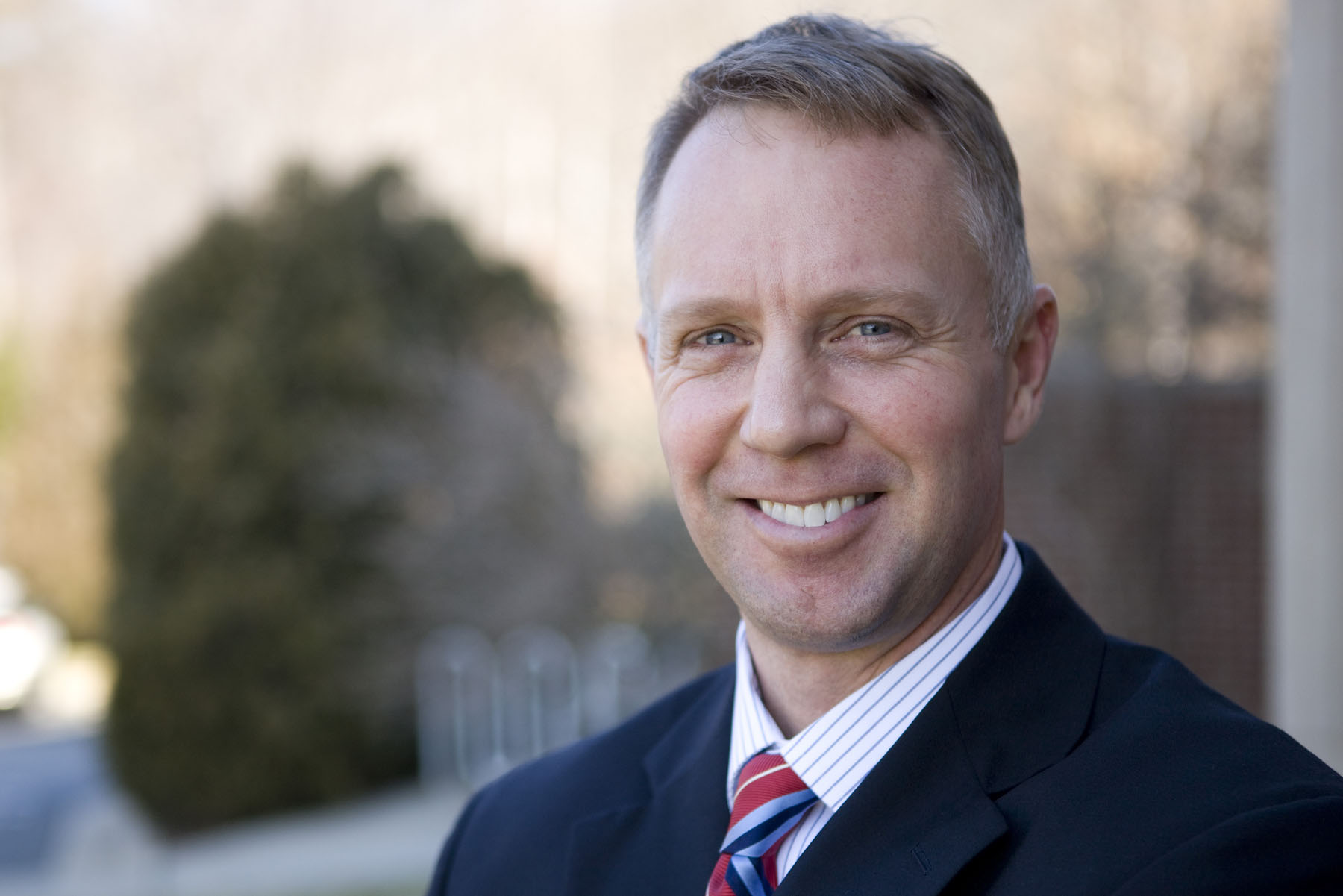 With record numbers of applicants boasting ever-rising academic credentials, the University of Virginia is able to selectively offer admission to the cream of the high school crop. Couple that with the University's pledge to meet 100 percent of a student's demonstrated financial need through AccessUVa, and a U.Va. education is indeed an attractive proposition for top students.

But Dean of Admission Greg W. Roberts sees trouble ahead. While U.Va. is recognized for its fair and equitable "need-blind" and "full-need" policies, the landscape is changing. "Our traditional admission model is quickly becoming outdated," he says in a written report delivered Thursday at the Board of Visitors' annual retreat. Competing institutions, the report says, use strategy, creative aid packaging and merit awards to woo top students.

While college admissions has become more business-like, Roberts said in an interview that admission is anything but a business. "We don't admit numbers, we admit students," he said, "students who are smart and passionate and want to change the world." It's why, he said, admissions staff members love their jobs.

Still, in the most detailed and comprehensive admissions report delivered in years to the board, he outlined a number of challenges and suggested paths forward.

Changes are already under way in U.Va. admissions. Roberts' report advocates continuation of the early-action policy that went into effect with the Class of 2016. Under early action, students can apply and receive admission decisions early, but may still apply to other schools. The debut of early action for the incoming class resulted in a significant increase in the number of applications, and an overall increase in the quality of the class.

Also, the admissions office is implementing a "customer relations management" system this fall to acquire, track and assess data about prospective students, and to create personalized communications with them. Another new wrinkle is a territory management system, in which associate deans are responsible for certain regions of the nation and the world. "This model will allow deans to take ownership of territories while developing closer, personal relationships with counselors and applicants from their regions," the report says. This summer, the office announced that individual deans had been assigned to three areas globally: Asia; Central and South America and Canada; and Europe, Africa and the Middle East.

Meanwhile, challenges are mounting. Competition is growing from other elite institutions, some of which have updated strategies and more resources. And following the Great Recession, economic hardships have caused more students to seek aid through AccessUVa, [the University's comprehensive financial aid program, raising questions about the program's long-term viability.

In addition, many peer institutions have moved to "enrollment management" or "enrollment planning" models. Noting that the U.Va. Office of Admission and Student Financial Services operate independently of each other, the report says, "Nearly all of our peers link admission and financial aid efforts in a coordinated and strategic way." Many have a vice president for enrollment. U.Va. may not pursue that type of structure, but the report recommends coordinating the offices of Admission, Student Financial Services and Institutional Assessment and Studies.

The report says that institutions are also adopting "need-aware" admission policies, recognizing that they cannot afford financial aid for an unlimited number of students. Currently, U.Va. operates under a "need-blind" policy, which doesn't consider a student's ability to pay as part of the admission decision.

Ideally, "need-blind" and "full-need" policies would be maintained, the report says, but an ongoing review of AccessUVa's financial sustainability may indicate a new direction is needed. Some institutions retain those practices for most of the class, but offer "preferential aid packaging" for a certain segment, enabling them to compete for the very best students. That may affect U.Va.'s reputation for treating all students the same, Roberts said in the report.

Roberts' presentation was followed by at least a half dozen questions from members of the Board of Visitors about the details of the admission process and financial aid in an effort to better understand the complexities of the topic. Rector Helen E. Dragas thanked him for his in-depth report.

He said in an interview that U.Va.'s admissions policies must strike a balance. "We are interested in pursuing best practices and strategic admission policies that reflect institutional interests, yet are fair and equitable to prospective students and families," Roberts said.

At the same time, he said, any decisions about change need to be broad-based. "This isn't just a typical admissions report," he said. "It's the start of an ongoing, sustained conversation with the board, administration, faculty and other stakeholders about enrolling the best students in the world."