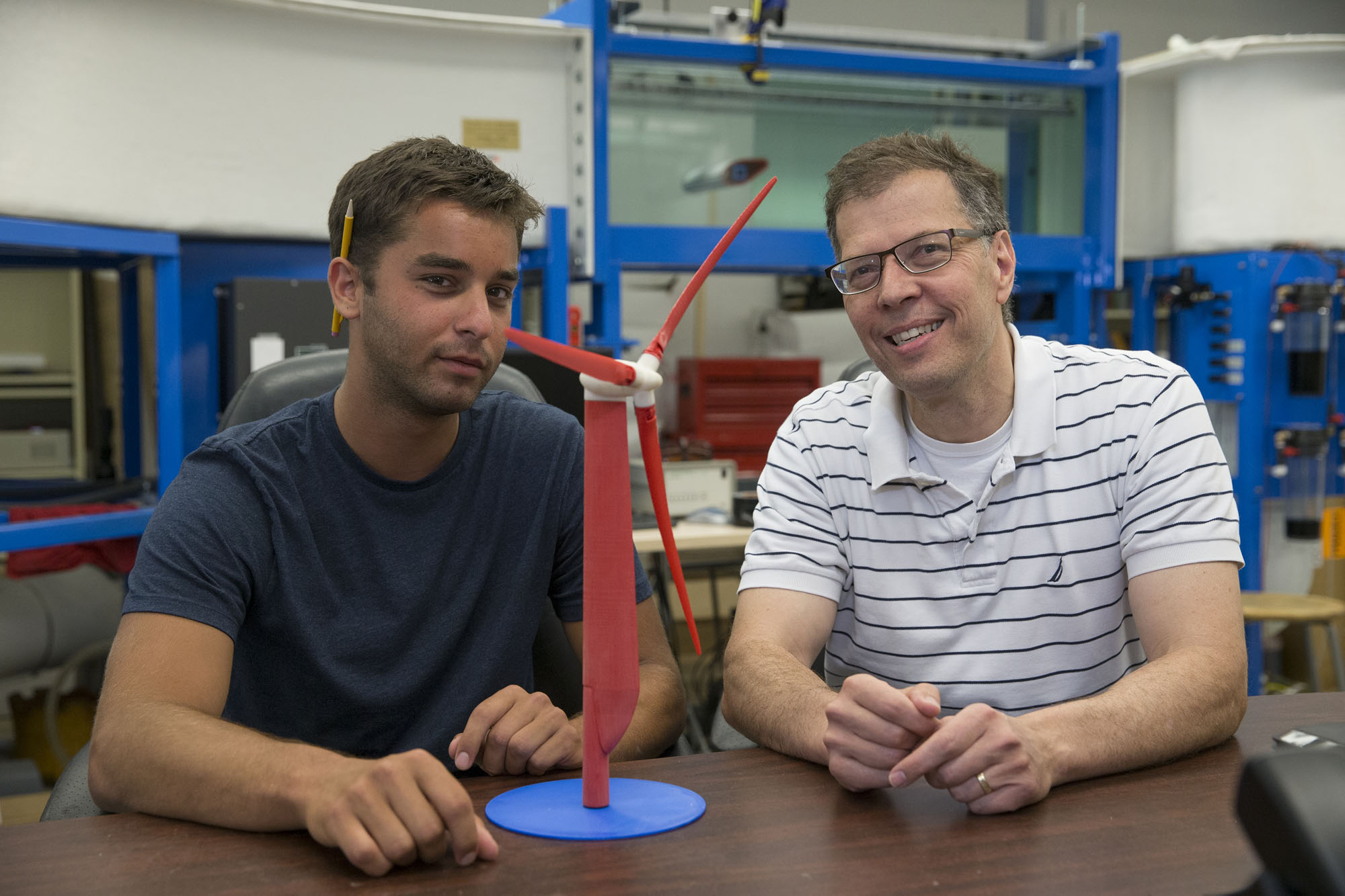 Popular Science has named 12 scientists who are “The Brilliant Minds Behind The New Energy Revolution” and the “faces of change.” The University of Virginia’s Eric Loth is among them.

Loth, a Rolls-Royce Commonwealth Professor in the Department of Mechanical and Aerospace Engineering, was on the list because of his work on collapsible blades for wind turbines, known as the “morphing downwind-aligned rotor concept.”

“There is a quiet revolution going on in energy,” Popular Science wrote. “Domestic oil and gas production are up, and renewables are coming into their own. In the next five years, the way we make, store and deliver power will drastically change. These 12 scientists and entrepreneurs are at the forefront of that transformation.”

“This is a great acknowledgement of the hard work of U.Va. students in our department, including Carlos Noyes [a master’s student], Jay Fuhrman [who earned a bachelor’s degree in May] and Chris Qin [who earned a doctorate in 2014],” Loth wrote in an email. “This work is also part of the great depth and breadth in the School of Engineering and throughout the University toward environmentally friendly energy solutions. The University of Virginia is expanding its national leadership in this area through its new Energy Resilience Initiative.”

Loth and his team have been working on developing hinged turbine blades, which means they can be longer and more flexible. The hinges reduce the load, or resistance, on the blades, which means they can be made lighter and longer, allowing them to generate more megawatts of electricity. Generally, the longer the rotor, the more electricity it generates, but current conventional rotors reach a point where they are too large to be fabricated and deployed in a cost-effective manner.

Loth’s team, inspired by palm trees’ ability to bend in strong winds, designed the morphing downwind-aligned rotor, which also allows the rotors be much larger and to survive hurricane-force winds. Loth said conventional turbines are built like oak trees, to stand up to wind force, but he said his new design is more flexible, like the palm tree, which relies more on its suppleness to survive the storm than its strength. This suppleness allows the hinged blades to rotate downwind to capture energy more efficiently. The blades are also lightweight, so they could be as long as 780 feet, increasing their highest potential output to 50 megawatts – enough electricity to power about 12,500 houses.

Loth thinks that with the morphing design, turbines of 10 to 50 megawatts could be built and produce more energy than ever before in off-shore locations. The largest turbines operating now generate about five to seven megawatts.

Loth said the entire project is in the design stage at this point and it will take many years and many millions of dollars before hinged turbines would actually be ready to market.

“This concept isn’t necessary for today’s smaller and medium-sized turbines,” he said. “We’re working on the future: extreme-scale wind turbines.”

The research is being funded by the National Renewable Energy Laboratory and Dominion Resources and is being conducted with several partners, including the National Wind Technology Center in Golden, Colorado; the Department of Aerospace Engineering at the University of Illinois, Urbana-Champaign; and Stanford University.

Loth said these sponsors and collaborators, and especially the U.Va. students, have been integral to the project’s development.

“The work of the U.Va. students on this project has led to several conference and journal papers as well as three presentations at the 2015 North American Wind Energy Academy in June. Our student researchers have been, and will continue to be, critical to the technology's success,” he said.

Loth came to U.Va. in January 2010 from the University of Illinois. He is the director of U.Va. Fluid Research & Innovation Lab, associate chair of aerospace engineering and principal of the International Residential College.

At UVA, There Is a Club for Everyone END_OF_DOCUMENT_TOKEN_TO_BE_REPLACED