Aerospace Student Aims for the Stars, and a Career at Space-X 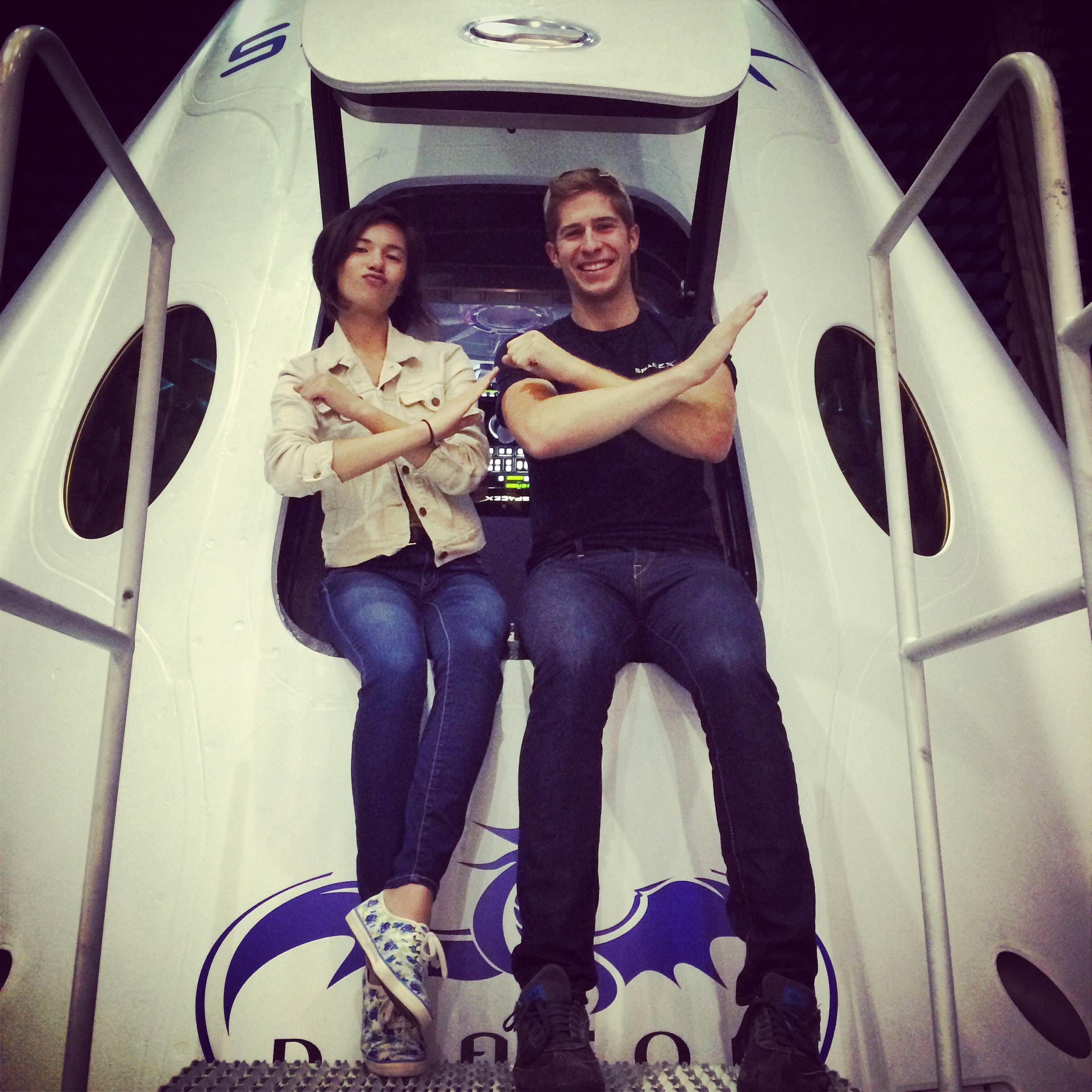 “It was on my radar since high school,” said Thomas, a fourth-year student majoring in aerospace engineering. “I just applied online, and I guess I got lucky.”

Thomas worked on the electromagnetic interference group, which tests hardware and equipment. “Any of the electronics that go on board the spacecraft have to be tested to make sure that they are compatible with the other electronics,” she said. “So that’s basically what I was doing.”

While not the perfect fit for her background – she worked primarily with physicists and electrical engineers – it gave her insight into a company she hopes to work for full-time one day.

Long interested in aerospace, Thomas had previously interned at NASA’s Johnson Space Center in Houston, but she was drawn to the start-up culture at SpaceX. “It’s a super fast-paced culture, and everyone’s excited to be there,” she said. That also means long hours; a typical workday was 9-to-9.

“Even though you work such long work days, it never felt like it,” she said. “Things happen so fast and you really have a high sense of efficacy, because everything that you’re working on is going to be incorporated into a launch that’s probably going to happen within the next couple of months.”

During her first summer internship, Thomas saw several of the projects she worked on actually launch. By contrast, at NASA, she said, “The nature of the projects was different, but there was a general mentality that whatever project you were working on may be decades or even centuries away from realization. One of the projects I worked on there might have not even been finished within the next 30 years.”

Thomas was invited back to SpaceX for another internship this summer, where she worked in an aerodynamics group. This year, she hopes to tailor her thesis to something relevant to her work there.

At U.Va., Thomas has gravitated toward hands-on courses, knowing she wants to work in industry. These included “Mechatronics,” with professor Gavin Garner. “Mechatronics combines mechanical, electronic, computer, software and control engineering with systems-design engineering to imagine and manufacture useful products,” according to the course description.

“I could probably attribute a lot of what I’ve learned to that class,” she said. “It gave me a lot of good problem-solving skills, but also coding and mechatronic design skills. And it really required me to seek help when I needed it (which was a lot), which was a super valuable skill at SpaceX.”

A Rodman Scholar, Thomas also values courses that have given her a more holistic view of engineering and an outside-the-box take on problem-solving, like her first year “Synthesis and Design” course and a course through the School of Architecture called “Design Thinking.”

In the latter, “there were people from all different academic backgrounds and we all came together to make some pretty cool designs for real-life problems,” she said. They ranged from a proposal for a new nonprofit to address homelessness in Charlottesville to her own group’s project to redesign a standard elementary school classroom to incorporate a more natural style of learning.

Post-graduation, Thomas hopes she’ll be invited back to SpaceX for another internship or even a full-time position. If not, she’s considering graduate school. Ultimately, if not at SpaceX, she hopes to find a job in private industry at a company with a similar culture, even if it’s in a different field. “Anything that’s kind of a start-up culture where you have a pretty close connection to whatever product or customers you’re working with,” she said. “That would be ideal.”

At UVA, There Is a Club for Everyone END_OF_DOCUMENT_TOKEN_TO_BE_REPLACED