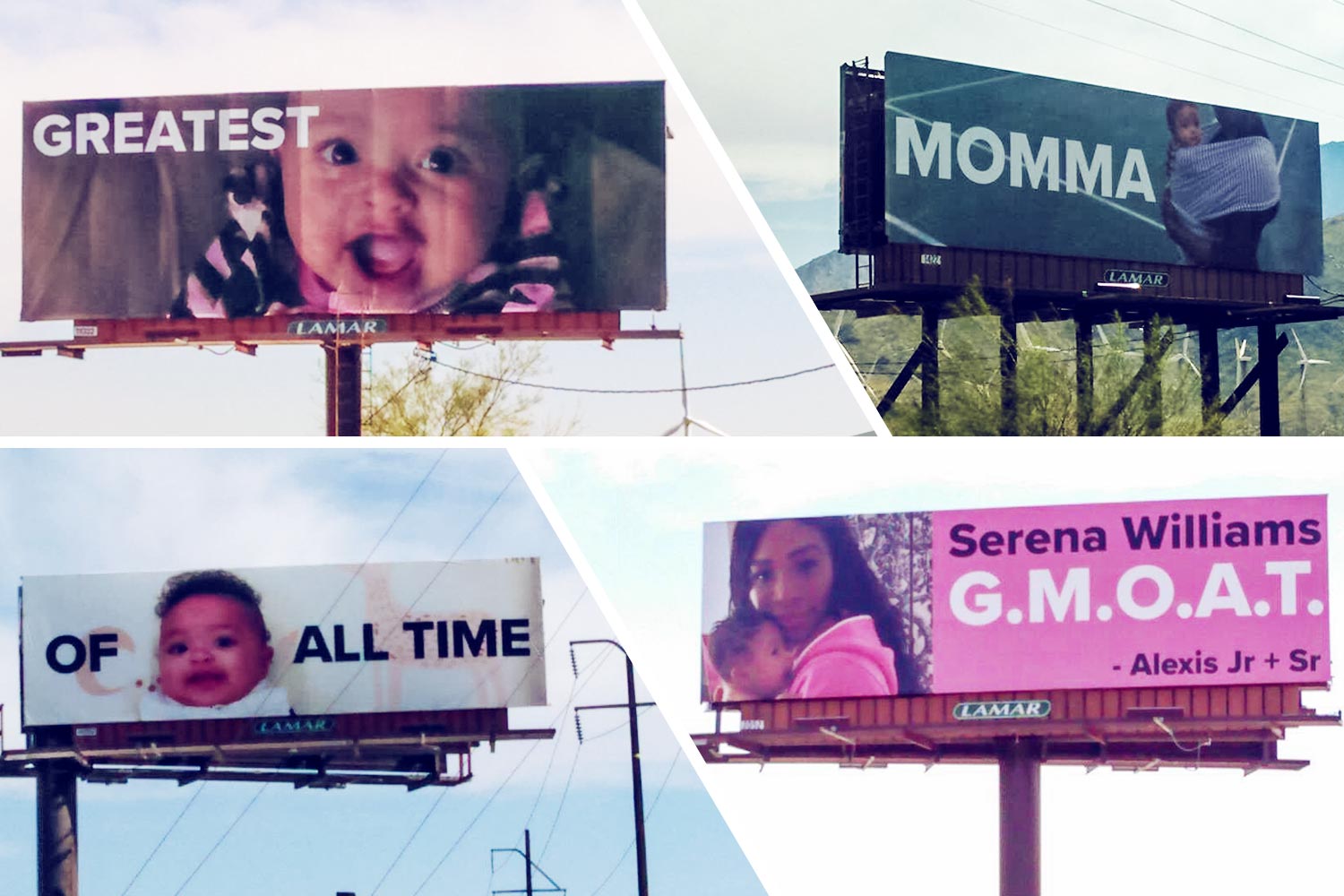 Alexis Ohanian is making a solid case for Husband of the Year, and he has a fellow University of Virginia graduate to thank for it.

The Reddit and Initialized Capital co-founder, who started the successful website during his final year at UVA in 2005, unveiled four billboards on Tuesday celebrating his wife, tennis great Serena Williams, as she returns to the court after the birth of their first child, Alexis Olympia Ohanian Jr., in September. 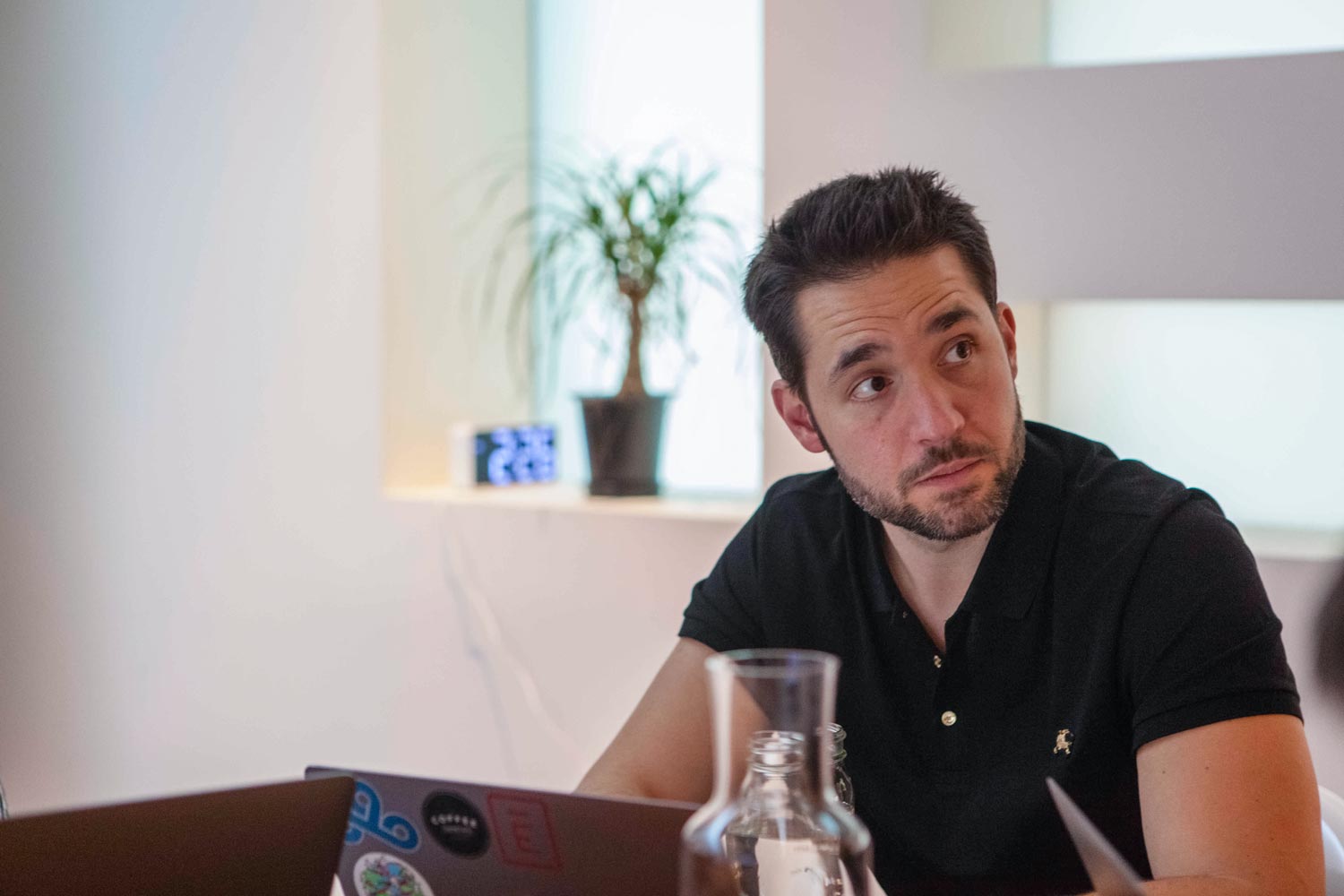 As any new mother knows, going back to work after having a baby can be emotional and difficult, even if you happen to be one of the greatest tennis players of all time. Ohanian wanted to surprise Williams with a message that might make that transition a little easier.

He used four billboards, all lining the California highway that Williams will drive to her first tournament in early March, to tell her in no uncertain terms that he and Alexis Jr. believe one of the greatest tennis players of all time is also the “Greatest Momma of All Time (G.M.O.A.T.)”

To bring his message to life, Ohanian relied on fellow UVA alumnus Matt O’Connor. The 2013 Darden School of Business graduate is the co-founder and CEO of AdQuick, a startup connecting buyers and sellers of billboards and other outdoor advertising space. Initialized Capital, the venture capital firm that Ohanian co-founded, is one of the startup’s investors.

“Initialized was the first investor in AdQuick. Like any good investor, I've been looking for an opportunity to use the product as a customer,” Ohanian said. “I was trying to come up with a reason to buy a billboard and it dawned on me that telling my wife she was the G.M.O.A.T (Greatest Mother of All Time) on her return to would be a pretty good reason.”

You knew I was gonna get you drone footage of the billboards, too...

Ohanian said he was very satisfied with how the investment performed.

“I used the website to set up the campaign, just like any other customer,” he said. “They have a beautiful interface for making the process of buying outdoor ads simple.”

O’Connor started AdQuick after experiencing firsthand the frustrations of purchasing a billboard when he was trying to advertise a previous startup.

“It was a bizarrely opaque process with no single place to go,” he explained in our previous story on the company. “It was a really, really frustrating experience.”

The Los Angeles-based company functions like a travel search engine, allowing buyers to see all available billboard space in a particular geographic area, complete with detailed metrics on the number and demographic characteristics of viewers likely to see the ad.

Beyond those initial metrics, AdQuick can also measure how well a particular campaign works, even developing custom methods like geo-located surveys, online ad tracking, social media and other technology to measure the percentage of viewers that become customers.

“We have seven or eight different kinds of data integrations that allow us to tell marketers how well their campaign actually works,” O’Connor said. “And because more and more data is being created in the real world, it’s become a more and more measurable medium.”

The venture gained Ohanian’s confidence long before he used it to send a message to his wife. Upon hearing about it last year, Ohanian met with O’Connor and co-founders Fahim Ferdous, Stephen Wegner and Connor Burden, and encouraged his team at Initialized Capital to contribute to the $1.1 million in seed funding AdQuick eventually received.

In a blog post at the time, Ohanian said the concept “resonated with me immediately” because of the quality of its software and its potential to actually disrupt the billboard advertising industry, instead of just promising to do so.

“We’ve seen pitches for this business for almost a decade, but this was easily the most impressive technical execution and at a remarkably early stage,” Ohanian wrote.

Despite AdQuick’s sophisticated data collection, however, there is no word yet on the metrics generated by Ohanian’s big romantic gesture. However, we’re betting that at least one audience member – the one Ohanian cares most about – is pretty thrilled.

I'm so fortunate to have @alexisohanian and @olympiaohanian by my side for my comeback. I love my surprise so much from them. I feel so special. Love you both.

What Is the ‘4th Side’? END_OF_DOCUMENT_TOKEN_TO_BE_REPLACED