‘America Is Under Attack’: What the Morning of 9/11 Was Like for President Bush 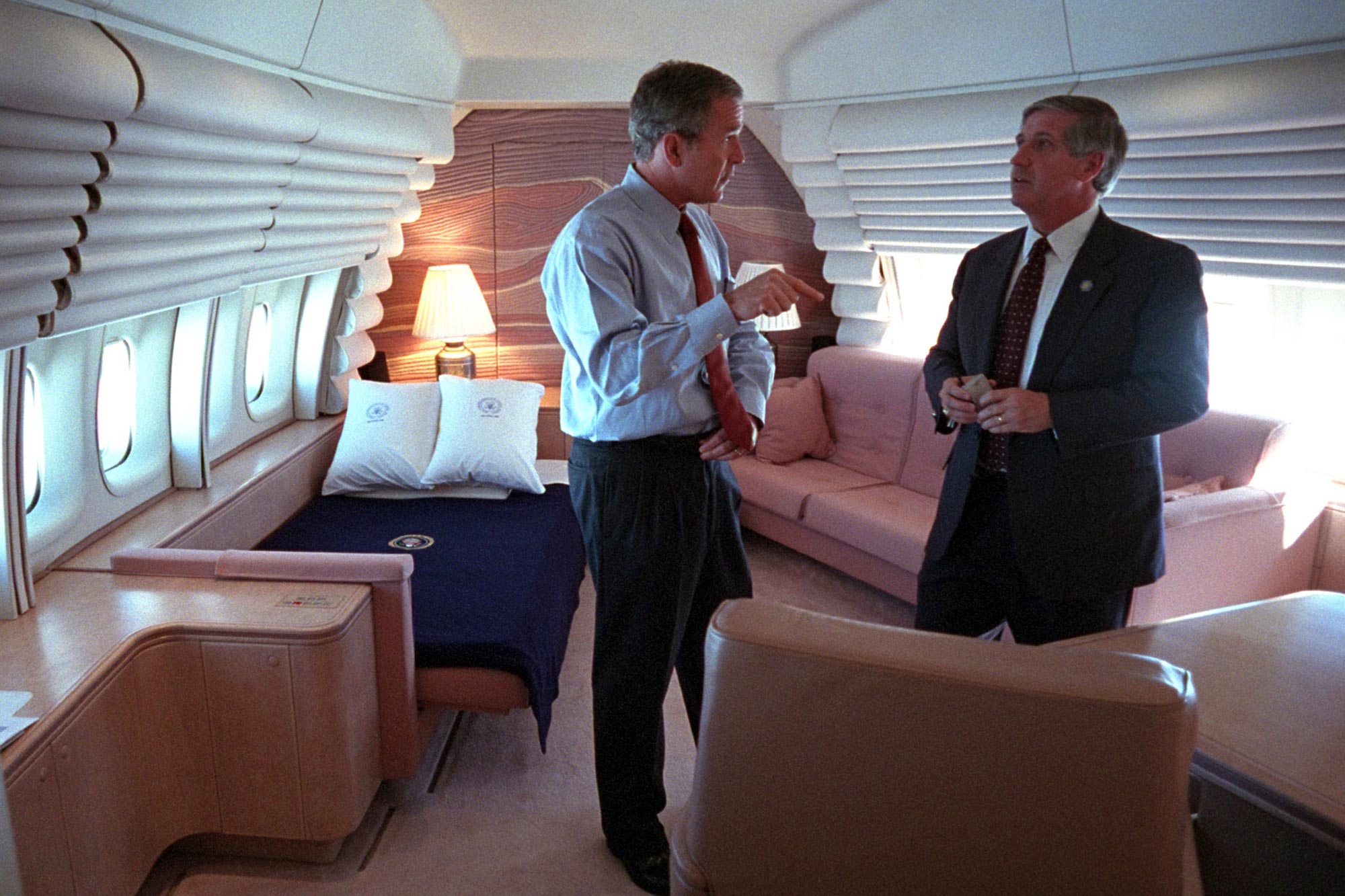 Editor’s Note: Three leading presidential scholars from the University of Virginia’s Miller Center of Public Affairs – Michael Nelson, Barbara A. Perry and Russell L. Riley – edited “43: Inside the George W. Bush Presidency,” a book detailing one of the most controversial and consequential presidencies in American history. On sale now, “43” draws extensively, but not solely, from the recently released interviews of the Miller Center’s Presidential Oral History Program.

Below is a book excerpt written by Nelson, a Miller Center nonresident faculty senior fellow and the Fulmer Professor of Political Science at Rhodes College. We are using it with the permission of the University Press of Kansas, the book’s publisher.

What follows is, quite literally, an account of the George W. Bush presidency on 9/11 – the day itself, not the events or the institutions that surrounded and bracketed it. This account is chronological, narrative, and grounded entirely in the words of participants, drawing on the George W. Bush Presidential Oral History Project at the University of Virginia’s Miller Center. Its purpose is to portray how these individuals experienced the sudden, unanticipated events that marked the crisis, as well as the president’s urgent responses as they unfolded in the uncertain, terrifying circumstances of that day.

Dan Bartlett, White House deputy communications director: We were trying to regain the narrative on education. As events go, it was a pretty cookie-cutter playbook we’d done a gazillion times: Go to the school, read to the children, make remarks.

Mike Morell, president’s daily briefer, CIA: I walked into his suite for the president’s morning intelligence briefing. The second intifada was well under way then, and the briefings at that time were very heavy on Israeli-Palestinian stuff. There was nothing in the briefing about terrorism. It was very routine.

Bartlett: As we’re pulling up to the [Emma E. Booker Elementary] school, the first tower had been hit. We’re all, like most people, puzzled by that. [Bush] said, “The weather must be bad up there or something.” I said, “No, it’s a clear day.” He said, “Well, that doesn’t make any sense.” We were all left with, “Keep me posted.”

Frances Townsend, director of Office of International Programs (OIPR), Department of Justice: Given what I did at OIPR, when the first plane hit, I knew immediately that it was terrorism. If it had been a little plane, it would have bounced off the side of the World Trade Center building. Any commercial pilot of a plane that size would have put the plane down in the Hudson and done everything to avoid a building. There is no version of this that is explainable by a professionally trained pilot.

Andrew Card, White House chief of staff: [While the president was reading to the students, the] Navy captain who was the acting national security advisor on the trip came up to me and said, “Oh my God, another plane hit the other tower.” I made a conscious decision to pass on two facts and make one editorial comment and to do nothing to invite a conversation because I assumed [Bush] was sitting under a boom microphone.

I whispered into his ear, “A second plane hit the second tower. America is under attack.” He did not turn around and talk to me, which I was pleased. I could tell he was thinking and thinking, and then I went back to the door, looked at him again, he was still – his head was kind of bobbing up and down. The students were taking out their books to read with the president. The press pool was all turned around talking to Ari Fleischer.

Ari Fleischer, White House press secretary: I took my legal pad, where I take my notes, and I wrote on the back of it, “Don’t say anything yet,” in big letters and maneuvered over, putting my back to the press and holding it up. And Bush gave me a nod. I didn’t want him to say anything until he had a proper briefing.

Karl Rove, White House senior advisor: When the president walked back into the staff hold, he said, “We’re at war – give me the FBI and the vice president.”

Fleischer: I started to write what I thought President Bush should say, because he was going to go to the gymnasium, where he had been scheduled to give a big speech to everybody outside the classroom. But I had a hard time writing it; nothing was coming to me. The president started to write, Dan [Bartlett] started to write, and it was just cobbled together.

[He] was basically talking off the cuff. He called them “those folks,” and his remarks, in many people’s eyes – I think deservedly so – weren’t terribly strong. The “those folks” line raised eyebrows about why he was being so informal about it, and then he also said, “This will not stand,” which is what his father had said [in reaction to Iraq invading Kuwait in 1990]. At a time when people were still questioning whether [Vice President Dick] Cheney was in charge and whether Bush was smart, for him to say what his father said created more doubts in the minds of cynics: “Can the president stand on his own two feet?”

President George W. Bush (addressing the nation from the Emma E. Booker Elementary School, Sarasota, Florida): I, unfortunately, will be going back to Washington after my remarks. Terrorism against our country will not stand.

Morell: I was really worried that someone was going to fly a plane into that school. This event had been on the schedule for weeks.

Bartlett: We get to the airport. At this point we do believe we’re going back to Washington.

Fleischer: The president heard about the third plane hitting the Pentagon in the motorcade.

Philip Smith, Army branch chief, Pentagon: It was truly a miracle that the plane hit the strongest part of the Pentagon – it had been completely renovated – it was virtually unoccupied. In any other wedge of the Pentagon, there would have been 5,000 people, and the plane would have flown right through the middle of the building.

Col. Mark Tillman, Air Force One pilot: President Bush comes up the stairs in Sarasota. We watched him come up the stairs with that famous Texas swagger. That day, no swagger. He was trucking up the stairs. As soon as the passengers are on board, I fired engines 1 and 2.

Fleischer: The first thing he said when he got on board was to Eddie [Lorenzo], the lead Secret Service agent: “Are my wife and kids safe?”

Excerpted from “43: Inside the George W. Bush Presidency”, edited by the Miller Center’s Michael Nelson, Barbara A. Perry, and Russell L. Riley, published by the University Press of Kansas © 2022. www.kansaspress.ku.edu. Used by permission of the publisher.

At UVA, There Is a Club for Everyone END_OF_DOCUMENT_TOKEN_TO_BE_REPLACED