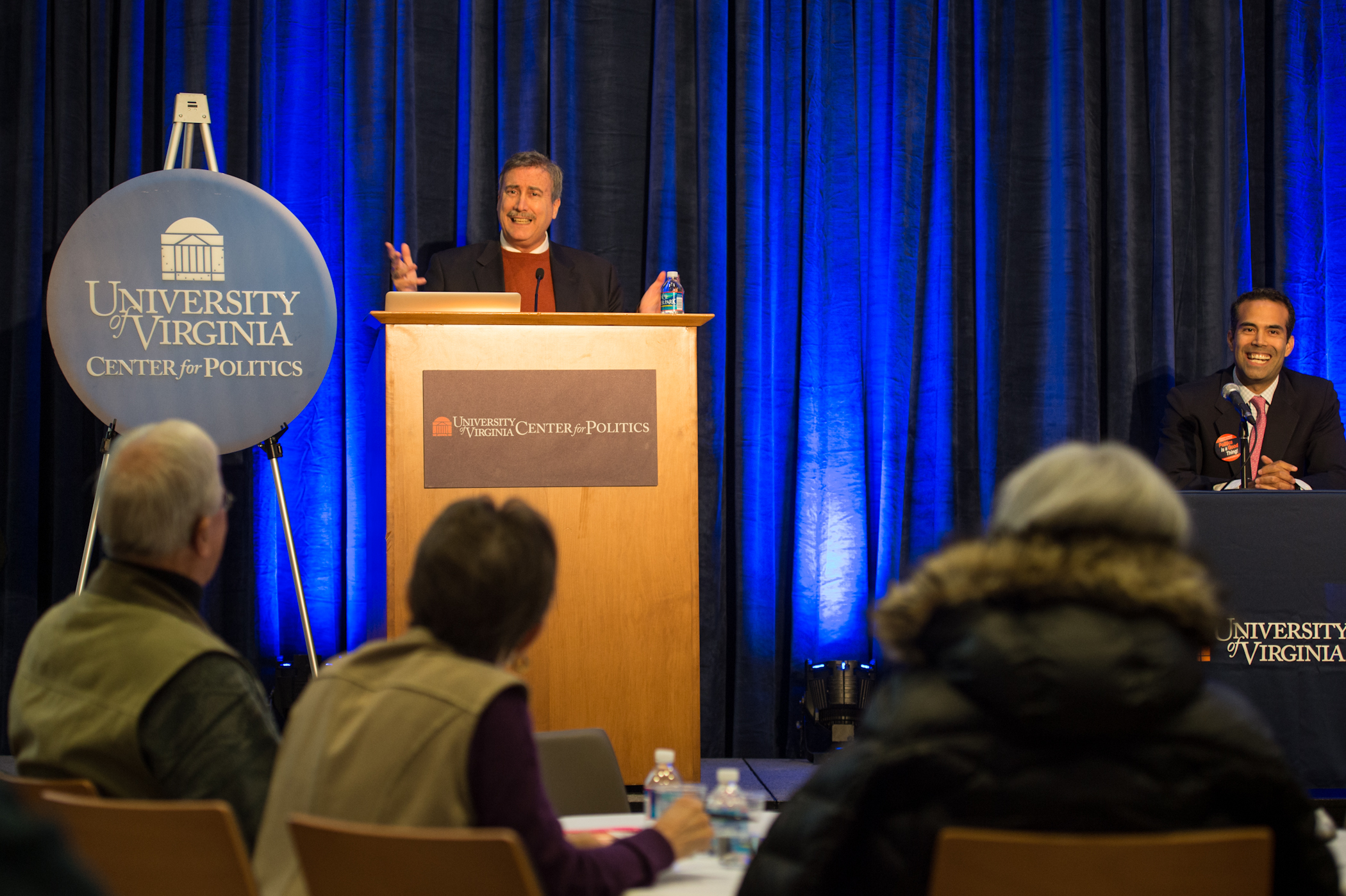 While the results of the Nov. 6 election are now history, scholarly discussions of their implications are just beginning.

To that end, the University of Virginia’s Center for Politics hosted its 14th annual American Democracy Conference Wednesday in the Newcomb Hall Ballroom. The daylong event featured three panels discussing the 2012 election results and their ramifications, the future of the political parties, and matters of public policy.

The first panel focused on the election results.

For Democratic Party pollster Mark Mellman, the fundamentals ruled the day in the presidential race. Many political science models indicated that 2012 would be a close election, but that President Obama remained a slight favorite – and that outcome is exactly what happened.

But beyond the fundamentals, much attention was paid to the importance of the diverse electorate and the “Obama coalition” that played a key role in the president’s re-election. Conservative commentator Fred Barnes said that he, like many Republicans, was amazed that the electorate proved to be so diverse once again.

The panelists reviewed many pollsters’ underestimation of minority turnout in 2012, leading into a discussion of the Republican Party’s failure with Hispanic voters; 71 percent of Latinos voted for Obama, according to exit polls.

Democratic strategist Maria Cardona predicted that simply changing the Republican Party’s collective position on immigration would not be enough to end its struggles with Hispanic voters. The importance of the increasingly diverse electorate and how the GOP should respond to the new status quo was a theme throughout the day.

The day’s second panel offered interpretations of what the changing demographics of the country mean for the future. Discussion turned to whether Republicans must significantly alter their positions to appeal to non-white groups, particularly Latinos.

“You’ve got to change the [Republican] brand,” former Romney adviser Jim Perry said. But for him, “immigration reform nationally is not a cure-all.” He emphasized that the GOP needs to do more at the state level to appeal to Hispanics. How different state parties handle upcoming bills similar to Arizona’s immigration law will be an important factor in that effort.

Talk moved to what diversity means for the future of the parties. RealClearPolitics’ Sean Trende asked the all-important question: “What we saw this year, is it the Obama coalition or the new Democratic coalition?”

Given poor Democratic performance in state and federal elections in 2009, 2010 and 2011, Trende was dubious that Obama’s coalition would hold firm for another Democratic candidate in 2016.

Politico’s Jonathan Martin predicted that Hillary Clinton would be tough to beat in 2016 because she could be capable of preserving the present Democratic coalition, while other prospective Democrat candidates might struggle.

Bush, a future politico to watch due to his name and the fact that he is half-Latino, also focused on the importance of Hispanic voters and how the GOP can better appeal to them.

He first laid out the circumstances surrounding the increasing role of Hispanics in American politics and how their marked population growth will only continue. A major problem for Republicans, he said, was Hispanic outreach, particularly in Latino media.

“President Obama outspent Romney by a factor of two-to-one. … From day one, there was more of a concentrated effort on [Obama’s] side,” Bush said.

He suggested the GOP could connect with Hispanics by appealing to their strong entrepreneurial spirit and religious faith.

Robert Costa, a reporter at the conservative National Review, highlighted Obama’s poor record of communicating with GOP officials on the Hill. He criticized Obama for heading out on a “fiscal cliff tour,” stressing that it was indicative of the president’s inability to hash things out with House Republicans.

Democratic strategists Kiki McLean and Joe Trippi disagreed and emphasized that the political world has changed. By appealing directly to the people through social media and other tools, Obama is “letting the people be his chief of staff,” Trippi said.

Despite their disagreements, the panelists agreed that some deal would be made to avert the fiscal cliff.

Like every earlier panel, discussion again shifted to immigration reform. Panelists of all political stripes agreed that some sort of immigration reform would happen during Obama’s second term because the GOP has recognized that it must move away from its previous hard-line position; the question, they said, is whether reform will take a macro or a piecemeal approach.

Monkeypox Is Spreading, But University’s Risk Believed To Be Low END_OF_DOCUMENT_TOKEN_TO_BE_REPLACED

Q&A: Assessing the Risks and Rewards of Pelosi’s Plan to Visit Taiwan END_OF_DOCUMENT_TOKEN_TO_BE_REPLACED

These Giant Wind Turbines, Inspired by Palm Trees, May Be the Future of Renewable Energy END_OF_DOCUMENT_TOKEN_TO_BE_REPLACED