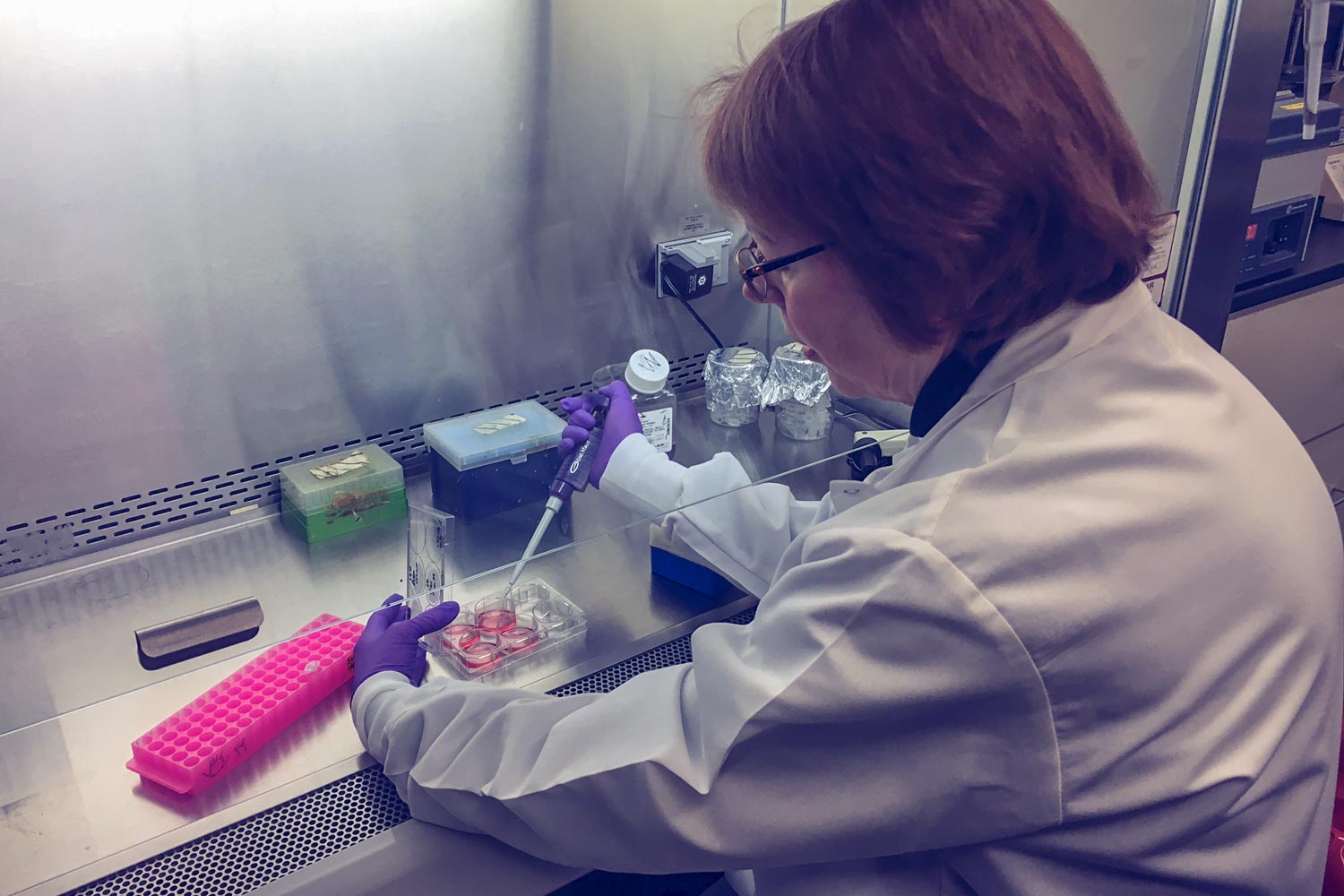 A new discovery from the University of Virginia School of Medicine revealed a previously unknown clockwork mechanism within the body that controls the creation of oxygen-carrying red blood cells. The finding sheds light on iron-restricted anemias that leave millions of people weak, tired and unable to concentrate – and it may point the way to better treatments as well.

Dr. Adam Goldfarb and his colleagues made the discovery while seeking to better understand why iron-restricted anemias cause the body to create insufficient numbers of vital red blood cells. Members of the research team were working independently on what would prove to be key pieces of the puzzle, but it was only when they put them together that they could see the big picture.

Shadi Khalil, an M.D./Ph.D. student who worked in Goldfarb’s lab, was examining bone marrow cells when he noticed something intriguing about them. “I thought it was beautiful,” he recalled. “I just stood there at the microscope looking at these cells.” 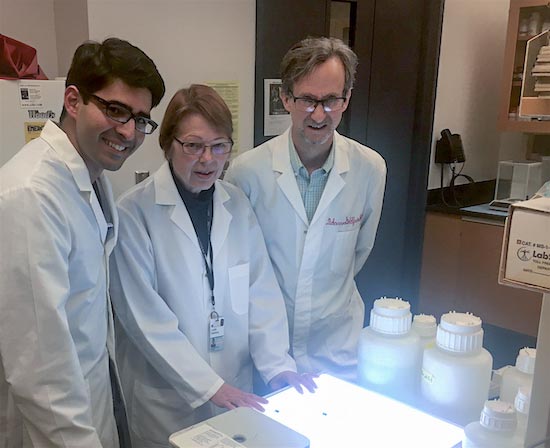 What caught his eye was that the cells contained large pools of the receptor for erythropoietin, a hormone that directs the bone marrow to make red blood cells. (The hormone, known as EPO, has been used by some athletes as a performance-enhancing drug.) To do its job receiving the instruction to make blood cells, the receptor must be on the outside of the marrow cells. Yet so much was stored up inside them.

Perhaps, Khalil thought, this might explain why some people’s bone marrow cells fail to follow the hormone’s instructions. And it did, partly. But there was still a piece missing, and, it would turn out, a colleague in the lab had already found it.

Researcher Lorrie Delehanty was studying anemia using a model the lab developed – “anemia in a dish,” the scientists call it. “If you drop the iron level way down, these cells act like anemic cells,” Delehanty explained. “They basically become anemic cells – they even look very pale.”

Something else happens, too, she noticed: A particular protein disappeared.

The Scribble protein (named after the SCRIB gene that produces it) proved to be a key piece of the clockwork mechanism. Basically, it works like this: The amount of iron in the blood affects the amount of the Scribble protein available, and Scribble controls whether the hormone receptor is welled up inside the bone marrow cells or doing its job on the outside.

“We realized that this was kind of a complicated symphony that starts with iron and ultimately controls how much and what kind of messages the cells get,” Khalil said.

The researchers used this knowledge to fix EPO resistance in their model, and they hope the discovery will eventually be useful for treating anemias in people, too.

“We’ve got the key components, and we want to move up the hierarchy to the master regulatory element that’s controlling this,” said Goldfarb, of UVA’s Department of Pathology. “When we do that, that will get us that much closer to alternative treatments for anemia.”