The computer found it first – Kuiper Belt Object 2014 MU69  – but University of Virginia astronomer Anne Verbiscer was the “human backup” who found it next. She confirmed the finding for NASA by using the same technique that astronomer Clyde Tombaugh used to discover Pluto back in 1930: blinking two images of star fields to see if any tiny points of light moved.

In 2014, Verbiscer was a member of NASA’s New Horizons spacecraft Kuiper Belt Object search team, using images from the Hubble Space Telescope to search for the spacecraft’s next flyby target.

The objective was to identify objects – possibly pieces of planets created when big rocks collide – for close observation at the edge of the solar system, beyond Pluto.

New Horizons flew past Pluto last July and since has been sending back dramatic images of the distant dwarf planet and its five moons. As the spacecraft continues its 3-billion-mile journey into deep space, it is passing through the Kuiper Belt, which may harbor insights to how our solar system formed and evolved. 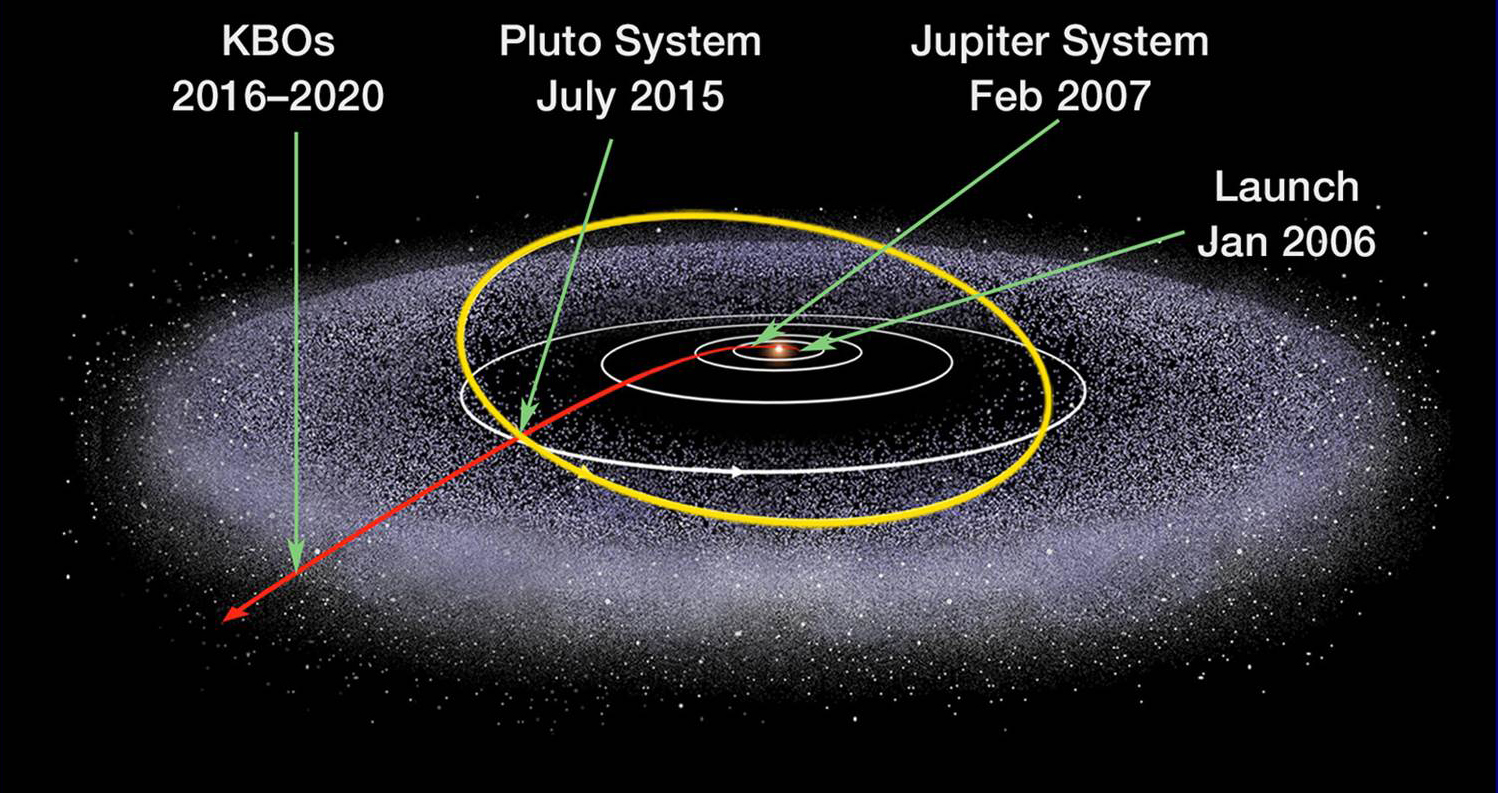 Some of the objects within the Kuiper Belt are well worth a look from New Horizons – provided they are close enough to the essentially straight-line flight path of the spacecraft as it hurtles along at more than 30,000 mph. Regarding 2014 MU69, only a small directional nudge, using a smidgeon of New Horizons’ hydrazine fuel, will be needed to direct the spacecraft toward a close pass of that object.

“I was searching with great attention to detail through thousands of images for tiny specks that may be moving against the background of stars, looking for a large-enough and close-enough object that would be within our fuel budget,” Verbiscer said. “I joked with the project leader that NASA needs to pay for my next eyeglass prescription.

“About all that we know about the smaller classical Kuiper Belt objects at this time is that they are dark and red,” Verbiscer said. “With a close flyby, we will know much more.” 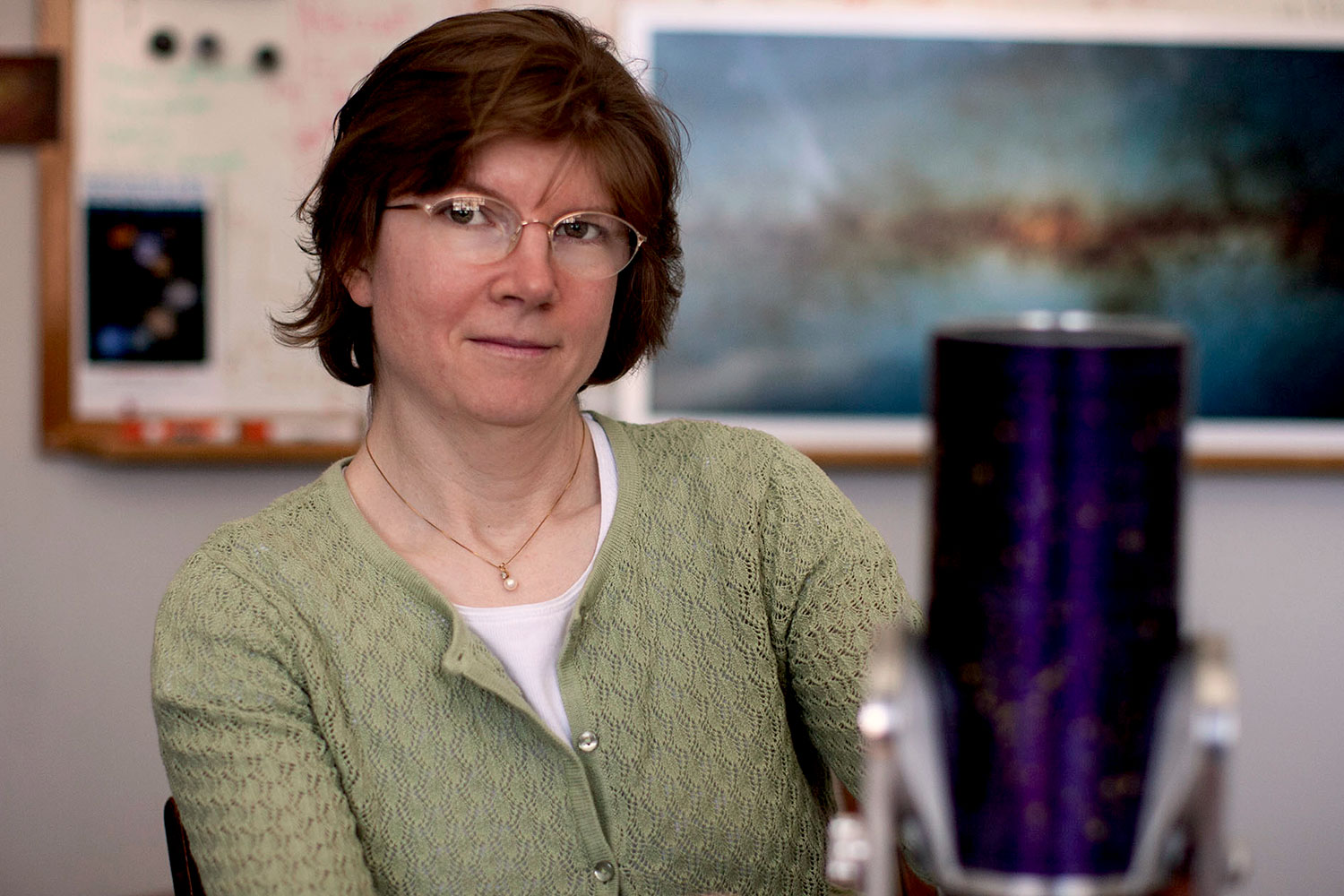 The flyby of 2014 MU69 will occur on Jan. 1, 2019, universal time. The object with the license plate-sounding name is very close to the spacecraft’s current flight path and will require the least amount of fuel to reach.

The name, by the way, is temporary, until astronomers come up with a formal one, to be named after a mythological creation deity. In the meantime, the current designation means the object was the 1,745th object among numerous others discovered between June 16 and June 30, 2014.

Verbiscer and the search team now are working to study other Kuiper Belt objects while the spacecraft continues on its way to 2014 MU69.

She also served on the New Horizons hazard team, whose mission was to ensure that the spacecraft didn’t hit any space debris along the way. Traveling at 30,800 mph – the fastest spacecraft ever engineered – even a pebble the size of a rice grain could destroy the spacecraft. The team Verbiscer served on acted essentially as the sailor up in the crow’s nest as New Horizons approached the Pluto system. On July 1, 2015, they gave the “all clear,” meaning that the spacecraft could execute its top-priority science plan free from worry about a catastrophic collision. 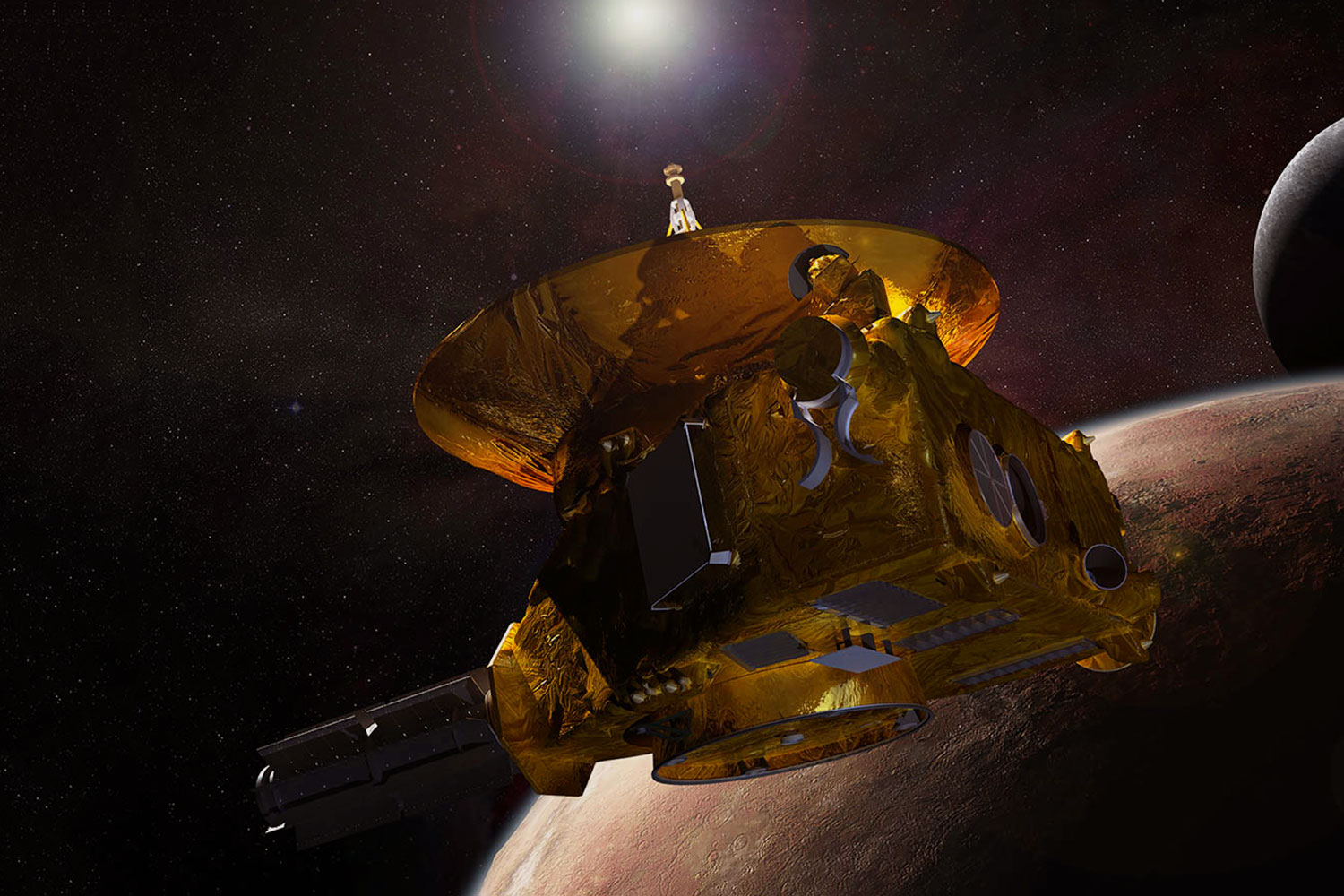 She also is working with the Pluto surface composition team, looking at the dwarf planet’s geological characteristics, trying to understand its geophysics from the images that continue to stream in from New Horizons’ months-ago flyby. The data are sure to keep Verbiscer and her fellow astronomers busy for years to come, sorting out and analyzing details, making sense of how the outer solar system formed, developed and came to be what it is today, and how it might evolve as the eons pass.

“Exploration is a basic human trait,” Verbiscer said. “We want to know where we came from, where we are. We want to know and understand our environment, even the parts of it that are very far away.”

Netflix to Add Ads. Why This Could Be a ‘Game-Changer’ for Your Viewing Experience END_OF_DOCUMENT_TOKEN_TO_BE_REPLACED

What’s Next for UVA’s Class of 2022? END_OF_DOCUMENT_TOKEN_TO_BE_REPLACED