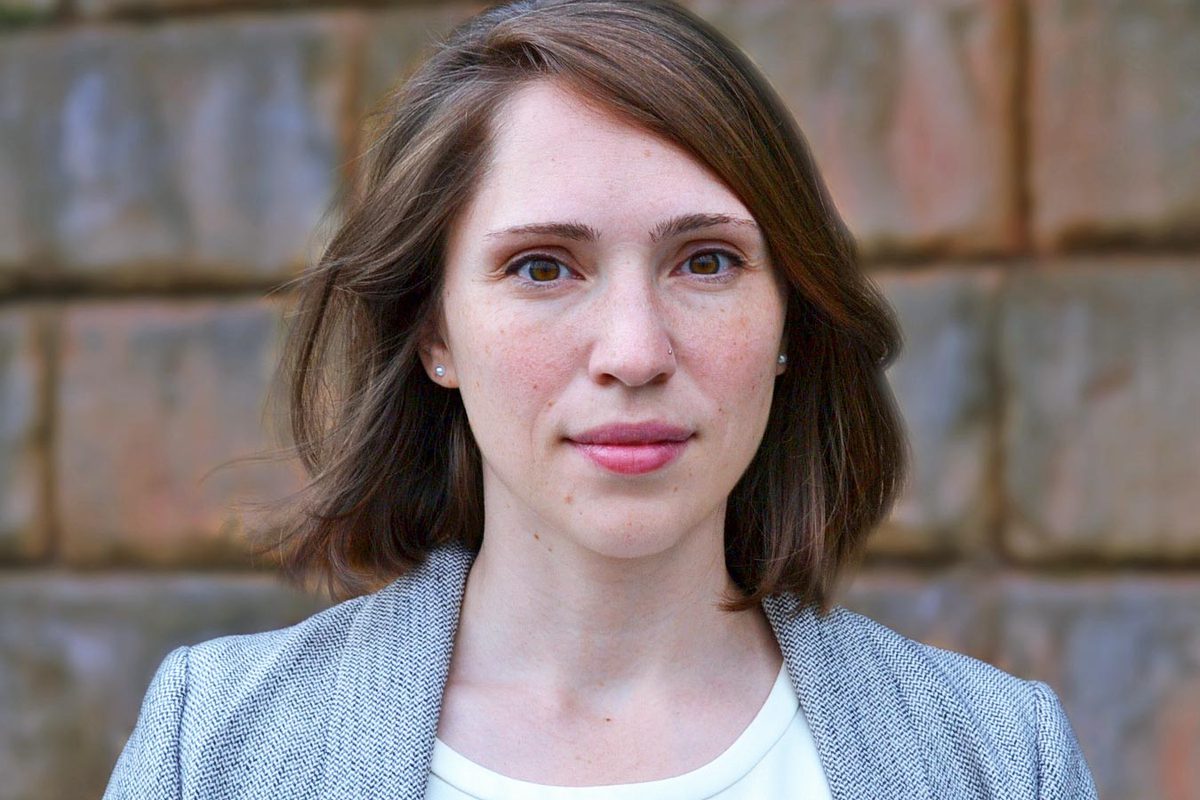 L. Ilsedore Cleeves, a UVA assistant professor of astronomy, is considered one of the world’s leading experts in theoretical astrochemistry and its applications to newly forming and formed planets. (Contributed photo)

L Ilsedore Cleeves’s fascination with the origins of the universe began with an elementary school field trip to Sapelo Island, Georgia, where she and her classmates studied the night sky from the beaches of the barrier island. She went on to earn international headlines as a Ph.D. student, when she was the lead author of a 2014 Science journal article that concluded that as much as half of the water present in the solar system is older than the sun itself.

Five years later, the University of Virginia assistant professor of astronomy is considered one of the world’s leading experts in theoretical astrochemistry and its applications to newly forming and formed planets. Her work on the dusty disks around young stars where planet formation takes place has earned her a prestigious Packard Fellowship for Science and Engineering.

Announced this morning by the David and Lucile Packard Foundation, the program for early-career scientists and engineers offers $875,000 over five years for each of this year’s 22 fellows to pursue their research.

For Cleeves, who came to the University in 2018 from the Harvard-Smithsonian Center for Astrophysics, where she was a NASA Hubble Postdoctoral Fellow, that means advancing our understanding of the molecular and physical origins of planetary systems, including our own. Using clues from interstellar molecular emission, Cleeves and her research group study young planetary systems in formation around low-mass stars. These protoplanetary disks represent the very materials from which planets, comets and other solar system bodies eventually form.

The announcement of Cleeves’s fellowship comes a week after the announcement of this year’s Nobel Prize in Physics, which went to James Peebles, an astrophysicist who helped to explain how matter in the young universe swirled into galaxies, and Michel Mayor and Didier Queloz, the first astronomers to discover a planet circling around a distant sun-like star, showing that other stars similar to the sun also possess planets.

“Given the recent advances in exoplanet [planets beyond our solar system] and planet formation science, it’s an awesome time to be doing origins research,” said Cleeves, who also holds a joint faculty appointment within the College and Graduate School of Arts & Sciences, in the Department of Chemistry.

The Packard Fellowships in Science and Engineering are among the nation’s largest nongovernmental fellowships, designed to allow maximum flexibility in how the funding is used. Since 1988, this program has supported opportunities for young investigators to conduct unencumbered research under the belief that their research over time will lead to new discoveries that improve people’s lives and enhance our understanding of the universe.

Cleeves joins two of her department colleagues as a Packard Fellow and is one of seven at UVA, which joins an elite group of universities with an astronomy department featuring three or more Packard Fellows.

Packard Fellows have gone on to receive a range of accolades, including Nobel Prizes in Chemistry and Physics, the Fields Medal, the Alan T. Waterman Award, MacArthur Fellowships, and elections to national academies. Packard Fellows also gather at annual meetings to discuss their research, where conversations have led to unexpected collaborations across disciplines.

Cleeves joins two of her department colleagues as a Packard Fellow and is one of seven at UVA, which joins an elite group of universities with an astronomy department featuring three or more Packard Fellows.

Craig Sarazin, W.H. Vanderbilt Professor of Astronomy and chair of the Department of Astronomy, said Cleeves has already established herself as a brilliant and productive scientist who is making important contributions to our understanding of astrochemistry and the origin of planets.

“Ilse’s work can help to answer the question: How much is the evolution toward life on planets aided by organic materials delivered to planets as they form, or shortly thereafter?” Sarazin said. “In just one year at UVA, Ilse has built a very strong group of post-docs, grad students and undergraduates, whom she is mentoring.”

Cleeves uses both computer models and observations in her study of the dusty disks around young stars where planet formation happens. Her group’s research aims to figure out how the properties of these disks lead to robust planet formation, especially with respect to potentially habitable planets.

While she focuses on the theoretical modeling of these systems, her work is guided by observational results from the Atacama Large Millimeter/Submillimeter Array in Chile — the largest radio astronomy observatory in the world — as well as data from other observatories.

“We’re really fortunate to be next door to the National Radio Astronomy Observatory, which maintains a close partnership with the University of Virginia,” Cleeves said. “Having this expertise nearby has been an incredibly productive relationship. In terms of the molecules we can detect in space, we use radio telescopes to observe and even map them.

“But that’s just half of the challenge. Even with ALMA, we can’t see everything that’s going with the discs that are forming planets. So that requires interpreting what we see with ALMA when we measure a certain molecule, and that depends heavily on chemical modeling. We continually need to improve our models, since they are only as good as the information they are based on.”

Cleeves also serves on the management committee for the Virginia Initiative on Cosmic Origins, a UVA research initiative hosted by the departments of Astronomy, Chemistry, Computer Science, Environmental Sciences, and Materials Science & Engineering, and the National Radio Astronomy Observatory. Established in 2017 with a grant from the UVA Strategic Investment Fund, VICO is exploring fundamental questions about the formation of galaxies, stars, planets and life in the universe.

Cleeves said our knowledge of exoplanets – planets that orbit around other stars beyond the solar system – has expanded to the point where they may seem ubiquitous. The challenge remains, however, to understand the diversity in their composition and how they formed.

“We’re seeing exoplanets with a wide variety of compositions, with water, and carbon, and so where I come into this is wanting to understand how all of this material got there,” Cleeves said. “Where did all of this diversity in the architectures of these exoplanets come from? Where did their water come from? Is water a common ingredient of forming planets? What is the role of organic material? We want to understand what fundamentally drives the chemistry of planet formation, and eventually, planets.”