Audrey Bilger, Who Earned Ph.D. in English at UVA, to Lead Reed College 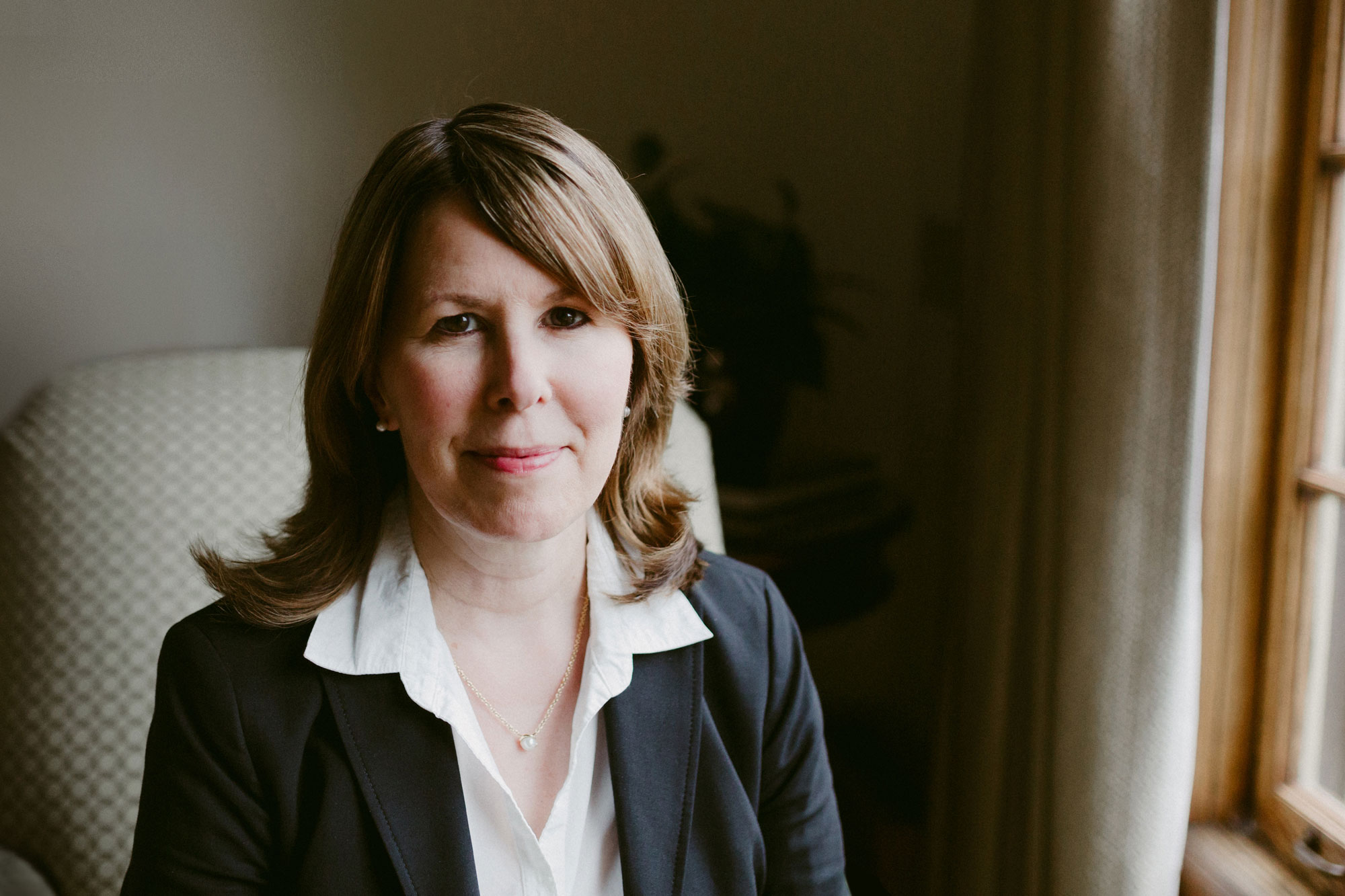 Bilger received her master’s in 1986 and Ph.D. in 1992 from the UVA English department. (Photo courtesy of Reed College)

“College presidents have been described as the ‘narrators-in-chief’ of their institutions,” said University of Virginia alumna Audrey Bilger, who this summer will become the 16th president of Reed College in Portland, Oregon, and the first woman to serve in that role.

“My background as a scholar of literature and teacher in the classroom will be of enormous assistance to me in telling the impressive story of Reed College,” Bilger wrote in email from the West Coast, where she has mostly lived and worked since leaving Virginia.

Born in West Virginia, her family relocated to Oklahoma when she started seventh grade; she earned a bachelor’s degree in philosophy from Oklahoma State University. She received her master’s in 1986 and Ph.D. in 1992 from UVA’s English department, taught at Ohio’s Oberlin College and then joined the faculty of Claremont McKenna College in California. During her 22 years there, she held several leadership positions, including founding director of the Center for Writing and Public Discourse, chair of the literature department, coordinator of gender studies and a member of the Board of Trustees’ Academic Affairs Committee.

While at Claremont McKenna, she was selected for the American Council on Education Fellowship, the country’s leading program for preparing top academic leaders. In the 2014-15 cohort, she worked at the University of California, Riverside, with the executive vice chancellor and provost. She then served as dean and vice president for academic affairs of Pomona College for three years.

A prolific author, her scholarship has focused on a range of topics, from Frances Burney and Jane Austen, the English novel and comedy in the 18th century, to feminist theory, popular culture, and gender and sexuality. Her journalism, which has appeared in Ms., The Paris Review, the San Francisco Chronicle and the Los Angeles Times, has frequently covered issues related to same-sex marriage and LGBTQ rights.

UVA Today contacted Bilger to ask how her UVA education contributed to her academic and administrative career path.

Q. What made you choose UVA for graduate school?

A. UVA was the only graduate program I applied to, and at that time, the English department was widely regarded as the best in the country. As a first-generation college student coming from Oklahoma State University, where I had studied philosophy, I took the advice of a faculty member who recommended UVA because of the beautiful campus and location in what this person described as “God’s own country.”

I will always remember driving into Charlottesville on a summer night and being awed by the rolling hills, the scents of summer, and hundreds of fireflies twinkling in the trees along the highway. It seemed like an enchanted world. As my OSU faculty adviser had promised, my graduate studies were enriched by the setting. Of course, I spent a great deal of time in Alderman, a veritable treasure trove for research in English literature. At the time I was there many of the primary sources were still in circulation, books from the 1700s and 1800s. I loved working there.

Q. I understand you worked at the UVA Women’s Center in the early days [the center opened in 1989]. What was it like?

A. So much about my time in the Women’s Center has stayed with me. Those were, indeed, the early days of the center and of the new women’s studies program at UVA, and so everything felt urgent and deeply significant. At that time, women faculty members and graduate students met regularly to read the emerging canon of feminist scholarship, and we participated in vigorous discussions about updating the canon and transforming the production of knowledge by applying feminist, critical race studies, and LGBTQ lenses.

I was deeply honored to be one of the early recipients of the Zora Neale Hurston Prize for Best Graduate Student Paper on Women or Gender for my doctoral dissertation on 18th-century women writers and feminist comedy.

Sharon Davie is such an inspirational leader. [Davie founded UVA’s center – now the Maxine Platzer Lynn Women’s Center –  and served as director for 25 years.] She taught me an enormous amount about how to be a service-oriented, empathetic, reflective and agile administrator. I served as the program coordinator for the Women’s Center during my final year at UVA. My job involved putting together a speakers series on a shoestring budget and helping to facilitate events.

A few times, I needed to provide transportation for speakers, and I loved getting to spend time with some of my personal heroes. French feminist theorist Hélène Cixous asked to go sight-seeing around Charlottesville, and at the time of her visit, the Anita Hill hearings were taking place, so everywhere we went, we saw people watching the proceedings on TV and had an ongoing discussion about the difference between French and American views on gender equality.

After I served as a driver for author Maxine Hong Kingston and assisted with her visit, she sent me a lovely quotation that she wrote out in calligraphy. I keep this as a treasure framed in my office.

Q. How did going to UVA prepare you for where you’ve ended up?

A. Studying English and gender studies at UVA was formative to my intellectual development. Although I had outstanding professors and feel like I was able to do good work at Oklahoma State, UVA shaped me as a scholar and as a teacher.

Getting to serve both as a teaching assistant for the survey course in English lit and as a composition instructor helped me to find my footing in the classroom, and the undergraduates were curious and creative in ways that made it clear to me that I wanted teaching to be a key part of my future in academia.

I started out studying Victorian literature and then focused on the 18th century as I became more interested in comedy. I was fortunate to be able to work with [English professors] Patricia Meyer Spacks [now professor emerita] and Susan Fraiman as my dissertation directors, and [the late] Ann Lane from history was one of the readers for my defense. These accomplished scholars gave generously of their time in supporting my research. I also had a good cohort of graduate student peers who helped each other through the process.

A. From 1985 through 1992, I was a DJ at WTJU. This was an amazing time to work there because of the vast library of music available in the studio to play and the incredibly cool stuff arriving on a regular basis in the current bin. When I started there, the format was pretty much all LPs and it was such a thrill to be able to think of how to create the perfect segue from one tune to another, creating a web of sound, with two turntables in play. CDs emerged as a dominant format by the end of the decade, but there was something special about spinning vinyl.

The 1980s and early ’90s were glorious years to be involved with college radio. The music that was showing up in those current bins – R.E.M., Nirvana, Prince, Jane Siberry, Camper Van Beethoven, the Feelies, the list goes on and on – it was a feast for the ears!

Later, when I met my wife, Cheryl Pawelski, we connected over our love of records and our mutual experience as college radio DJs. She was at WMUR radio at Marquette University in Milwaukee. So many of the albums that came out then are still in rotation in the culture at large. It was gratifying to be there for that era.

Q. Did you keep in touch with anyone at UVA after you graduated?

A. I’m still in contact with some of my fellow graduate students. I invited Patricia Spacks to speak at Claremont McKenna when I was on the faculty there, and Ann Lane came to speak at a Pacific Southwest Women’s Studies Association conference that I helped to organize. Susan Fraiman and I are in contact through social media, and I have kept in touch with Claire Kaplan, who arrived at the Women’s Center to develop sexual assault support resources around the time I started there. Claire’s work in expanding awareness and providing insights and networks for combatting campus-based violence is truly impressive. [Kaplan is currently director of Gender Violence and Social Change and the Men’s Leadership Project.]

Q. How did you make the transition from being a professor to being an administrator?

A. In taking the liberal arts college path, I chose a path that emphasizes the integration of teaching and scholarship. My first position as a professor was at Oberlin College, and I fell in love with the liberal arts model. I subsequently spent 22 years on the faculty at Claremont McKenna College before becoming the dean of Pomona College in 2016. Over the first two decades after I left UVA, I delighted in classroom teaching and in connecting my research to my classes and to involving undergraduates in assisting me in conducting research. My classes on the history of the English novel, gender and comedy, and feminist theory helped inspire my scholarship. It is an honor to teach incredibly talented undergraduates – and I learn from students all the time.

I began to take an interest in administration in 2010 when I was asked by the Claremont McKenna dean of the faculty to take the college writing center in a new direction. I became the founding faculty director of the Center for Writing and Public Discourse and developed a program for supporting student and faculty public writing as an extension of classroom and scholarly work.

In 2013-14, I was appointed to be an American Council on Education Fellow, and I received targeted training and experiential opportunities to grow and develop as a college administrator. In spite of some of the ways that administrators get characterized as being different kinds of creatures from the faculty, in my view, particularly administrators who come up through the faculty – and many, if not most, who labor in support of the academic mission – are there because we value higher education and want our institutions to thrive.

At my heart, I am confident that I will always see myself as a researcher and teacher, even though large swaths of my time need to be devoted to providing the scaffolding for the production of knowledge and for good pedagogy to take place.

I am overjoyed to have been selected as the 16th president of Reed College, and I know that I will bring the entirety of my experience in the academy to this important new role. College presidents have been described as the “narrators-in-chief” of their institutions, and my background as a scholar of literature as in the classroom will be of enormous assistance to me in telling the impressive story of Reed College as one of the country’s finest liberal arts institutions.

Q. Do you still keep your hand in writing scholarly articles and/or articles for the general public?

A. I published an article last year in a Modern Language Association collection on teaching Alison Bechdel’s graphic novel, “Fun Home.” I anticipate engaging in even more writing on higher education during my presidency at Reed.

I believe in the importance of public writing, both in terms of sharing the insights of scholarship and in showcasing the value of higher education. As a passionate advocate for liberal arts education, I am eager to write about how successful this model is in educating engaged members of society who do good in the world and whose lives are enriched by the foundation we provide.

In Memoriam: Life of Drama Professor To Be Honored Sunday END_OF_DOCUMENT_TOKEN_TO_BE_REPLACED