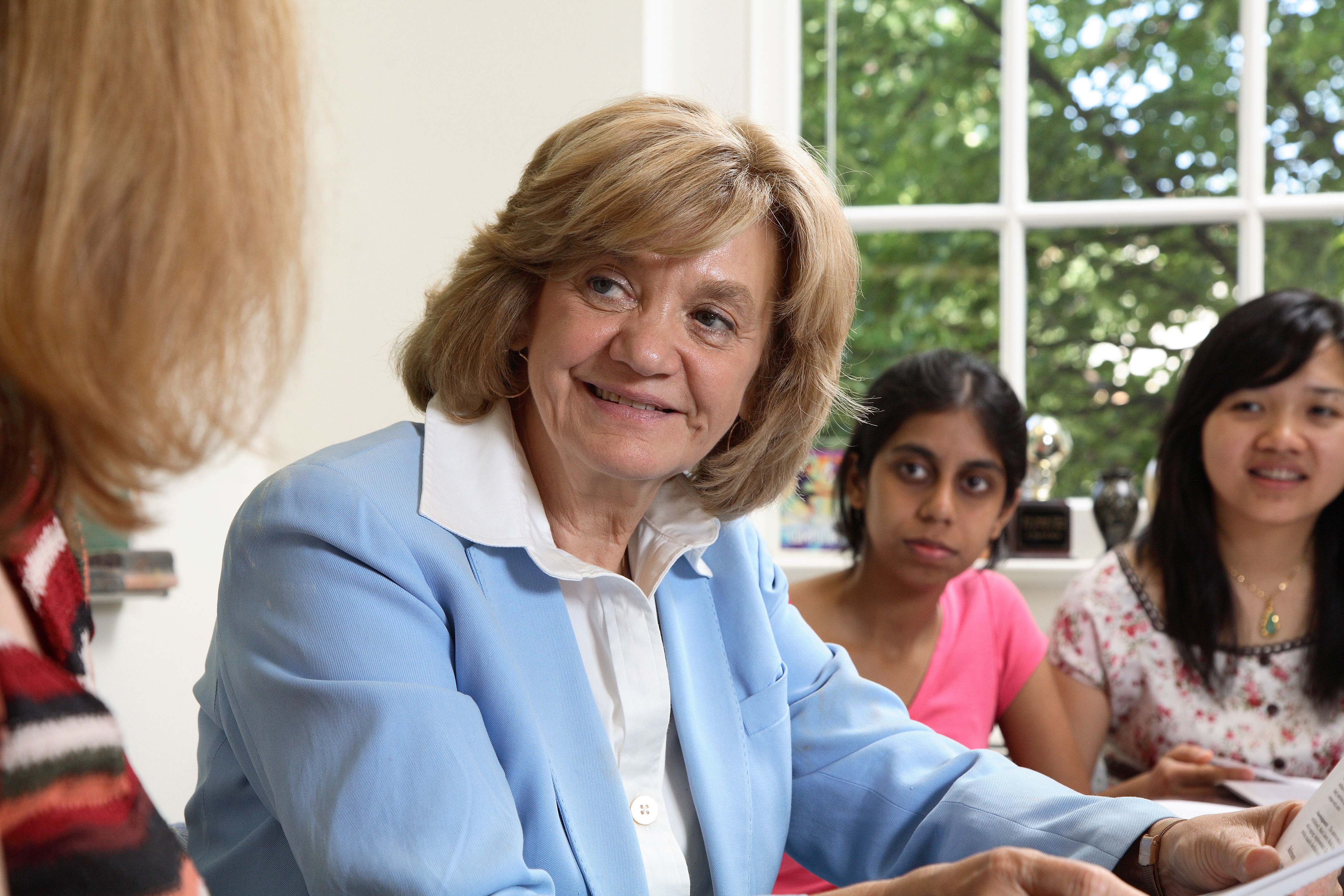 Smart homes and smartphones are taking center stage in computer science, but University of Virginia engineering professor Mary Lou Soffa hopes to see something else soon – even more smart women practicing in the field. There is currently a shortage of women in computer science, and Soffa has dedicated her professional life to changing that.

In honor of her efforts, she was recently recognized with the Association for Computing Machinery SIGSOFT Influential Educator Award, presented annually to educators who have made significant contributions to, and impact on, the field of software engineering with their accomplishments as teachers, mentors, researchers, authors and/or policymakers.

“We need women’s perspectives,” Soffa said. “We need the people who are using this technology to help design and create it. This is something that Google and other companies want.  They see the importance and they want more women in the field.”

Soffa believes computer science is an excellent career choice for women. “The jobs available to computer scientists are exciting and creative. The salaries are excellent,” she said.

Soffa chose computer science in her 20s because she wanted to make an impact on people’s lives. A warm, friendly and stylish woman, she is anything but the outdated image of a stereotypical computer geek. She has mentored women of all ages – from high school students to undergraduate and graduate students – and has advised more than 30 Ph.D. students, half of whom were women.

In addition, she works with U.Va.’s National Science Foundation ADVANCE program, U.Va. CHARGE, whose goal is to increase the representation and advancement of women in academic science, technology, engineering and math – or STEM – and social, behavioral and economic, known as SBE, science careers.

Lingjia Tang earned her doctorate under Soffa at U.Va. in 2006. She is now a University of Michigan computer science and engineering professor. Tang said Soffa believed in her when others did not. “She had a lot of faith in me. Without her I would not have my Ph.D. and my position as a professor,” she said.

Soffa’s research focuses on the development, performance and security of software applications.

She has a master’s degree in mathematics and a Ph.D. in computer science from the University of Pittsburgh. Her numerous awards include the Nico Habermann Award for outstanding contributions to increasing the number and successes of underrepresented members in the computing research community. The Owen R. Cheatham Professor, she served as chair of the U.Va. computer science department from 2004 to 2012. She also co-founded a local Virginia/D.C. affiliate of the National Center for Women in Technology.

“Mentoring is not something we had when I was in high school,” she said. “These relationships are so important. When I look back at the work I have done over the span of my career, it’s not the papers I have written that matter the most. It’s the students I have mentored.”

She recalls assisting a young woman early in her teaching career who timidly came into Soffa’s office, barely able to produce a knock that got her noticed. “Two years later, that same young woman had become a confident professional who landed a job and was ready to take on the world,” she said.

A Year We Will Never Forget: 2019-20 in Review END_OF_DOCUMENT_TOKEN_TO_BE_REPLACED

‘What Will You Carry With You?’ Remarks From UVA President Jim Ryan END_OF_DOCUMENT_TOKEN_TO_BE_REPLACED