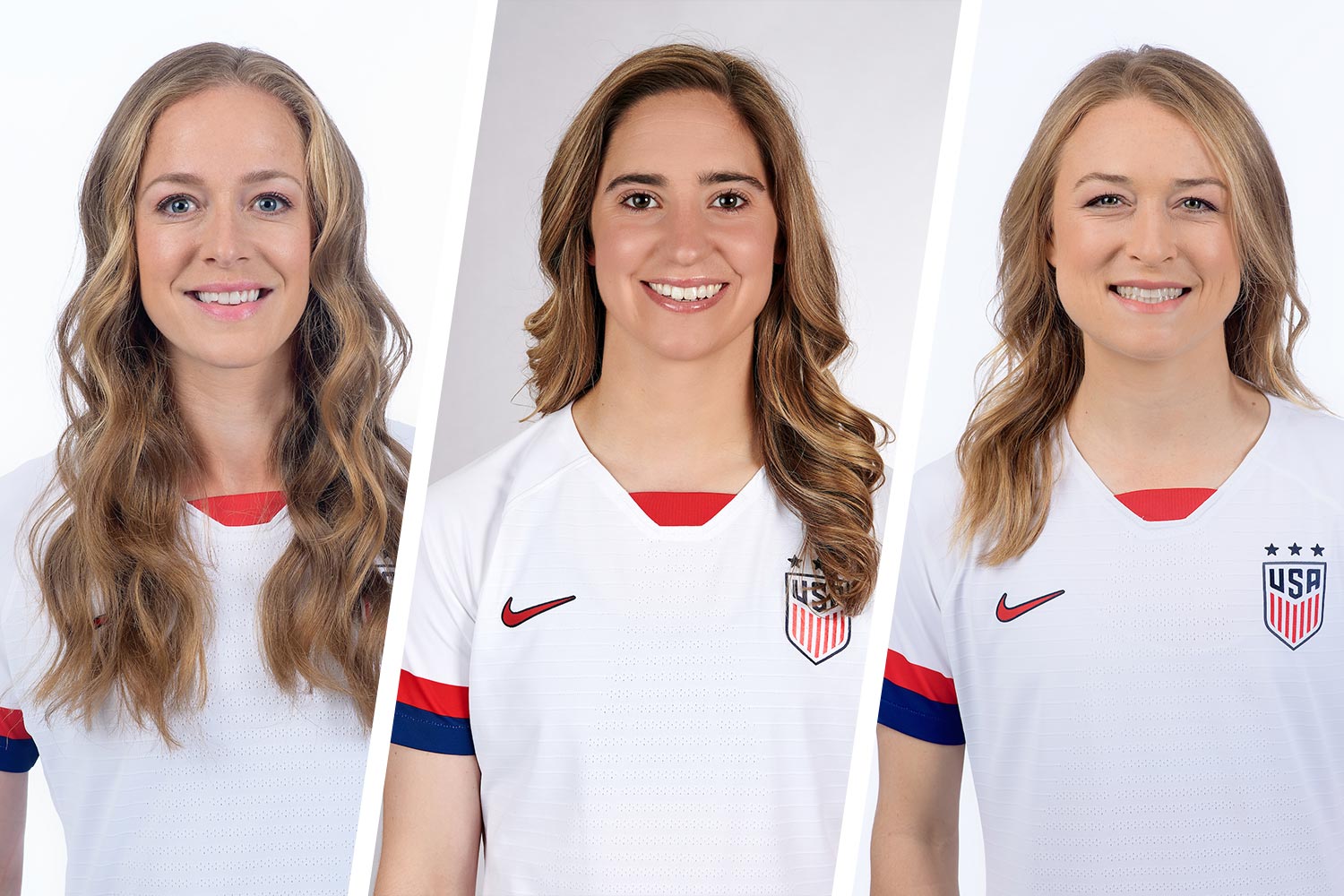 The United States is once again on top of the women’s soccer world – and three former University of Virginia soccer players -- Becky Sauerbrunn, Morgan Brian and Emily Sonnett -- helped them do it.

On Sunday in France, the U.S. defeated the Netherlands, 2-0, to win its second straight World Cup and its fourth in the last 28 years.

Sauerbrunn was playing in her third World Cup, Brian her second and Sonnett her first.

Serving as an assistant coach on the team was UVA women’s soccer head coach Steve Swanson.

Before the start of the game, Hoos fans got behind their heroes.

Good luck to some former Hoos and Coach Swanson today in the #WorldCupfinal #GoHoos pic.twitter.com/PmjbZ9Ju2o

Support for the team came from all corners of the country.

“The success story of women’s sports shows how marginalized groups can be given opportunities through policy interventions.”

Thank you, #TitleIX, for this #USWNT, and for giving all girls the opportunity to follow in their footsteps. #FIFAWWC https://t.co/PUdiseUku6

Early on, the U.S. had some thrilling scoring chances, but just couldn’t boot one past Dutch goalie Sari van Veenendaal.

About midway through the first half, fans held their breath when Sauerbrunn fell to the turf with an injury, but she was able to shake it off and continue playing.

Former #UVa star Becky Sauerbrunn down with an injury for #USWNT.

The teams went into the half tied at 0.

Early in the second half, Sauerbrunn was injured again when she bumped heads with a Dutch player as she was going up for a header and was forced to come out of the game.

But just a couple minutes later, she returned – to a nice ovation from the U.S. fans in attendance – with a bandage on her forehead.

BECKY SAUERBRUNN BACK ON THE FIELD LIKE A DAMN WARRIOR I'M READY TO RUN THROUGH A WALL.

In the 60th minute, Alex Morgan was fouled in the box, leading to a penalty kick that Megan Rapinoe put in the back of the net to give the U.S. a 1-0 lead.

In the 69th minute, Rose Lavelle blasted a perfectly placed shot past van Veenendaal to the back post for a 2-0 lead.

From there, it was smooth sailing for the U.S.

One fan made an important point about the positive turn in the match for the U.S.

Just want to point out that both U.S. goals came after Becky Sauerbrunn gave the Dutch this look. pic.twitter.com/sr24tTs7M1

At the final horn, the celebration was on.

The #USWNT never trailed. They broke the record for goals. They beat the second-, third- and fourth-place teams, along with the host/favorite. Legendary run.

Not just the great women's team ever. The greatest team of all-time in this sport.#USWNT