From Biowaste to Biogas: Empowering This Community to Fuel Itself 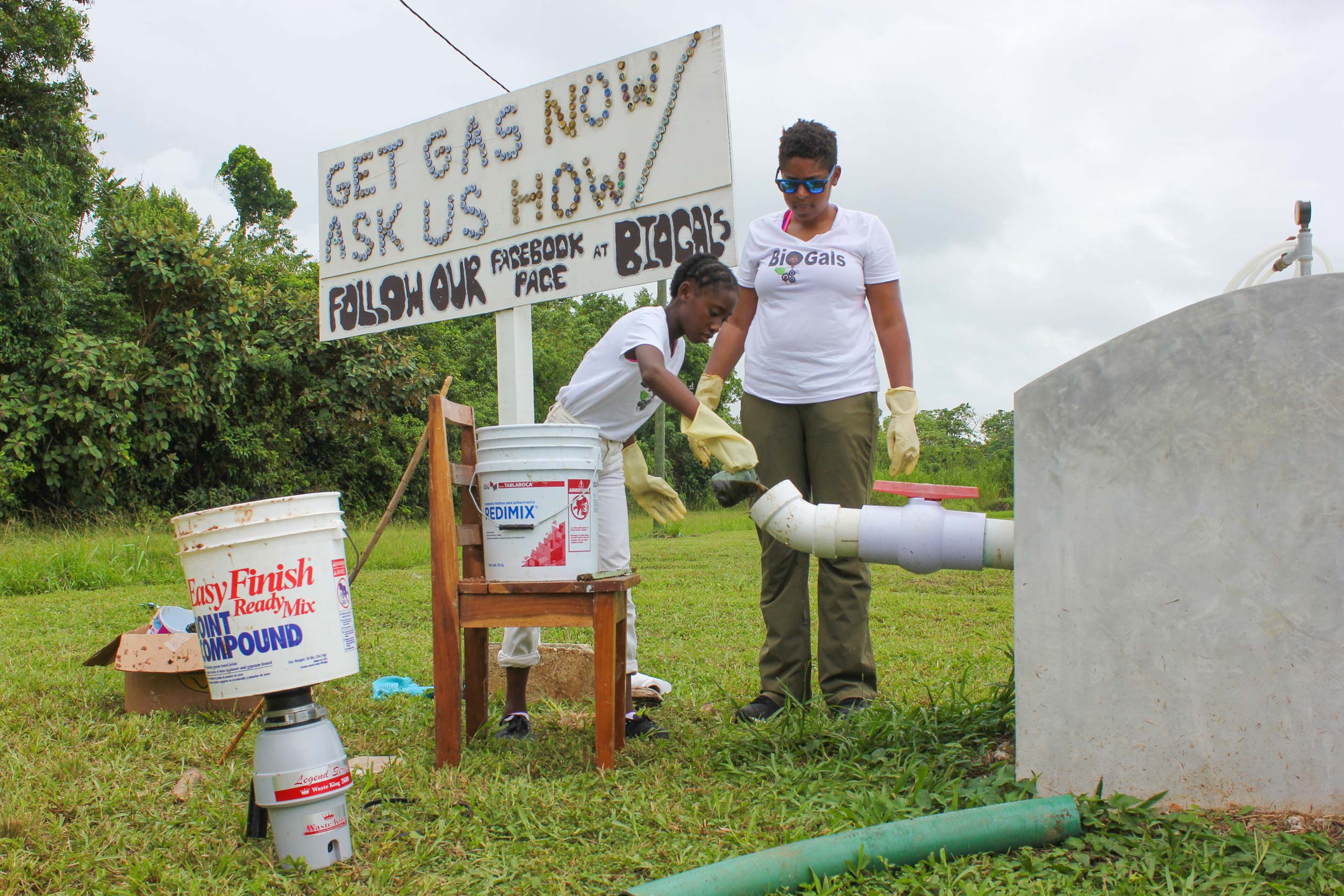 Shakira Hobbs can generate energy and fertilizer from food waste, and she’s using that ability to benefit a rural community in Belize.

Hobbs, a research associate in the Department of Engineering Systems and Environment at the University of Virginia’s School of Engineering, built a mechanical digester – “think of it as a mechanical stomach to break down organic material in an oxygen-free environment,” she said – to convert organic waste to fuel and fertilizer, all part of a research project in Sittee River, Stann Creek District, Belize. Micro-organisms in the digester, called methanogens, “eat” the organic materials and over time produce biogas, which is about 70 percent methane, an energy source that can be used for cooking, heating and lighting. They also produce bio-solids, which are very rich in phosphorous, nitrogen and potassium, that can be used as an organically rich fertilizer.

Hobbs, who completed her Ph.D. at Clemson University in 2017, has been visiting the Sittee River region in Belize for years and finds it to be an ideal place for her research.

“I had studied abroad there as an undergrad and I kept in contact with the community members,” she said. “One thing Sittee River prides itself on is acknowledging that climate change is happening, and keeping the community green and not taking on too much of a city lifestyle where it has negative impacts on the environment. They do a lot there to keep their community visibly green.” 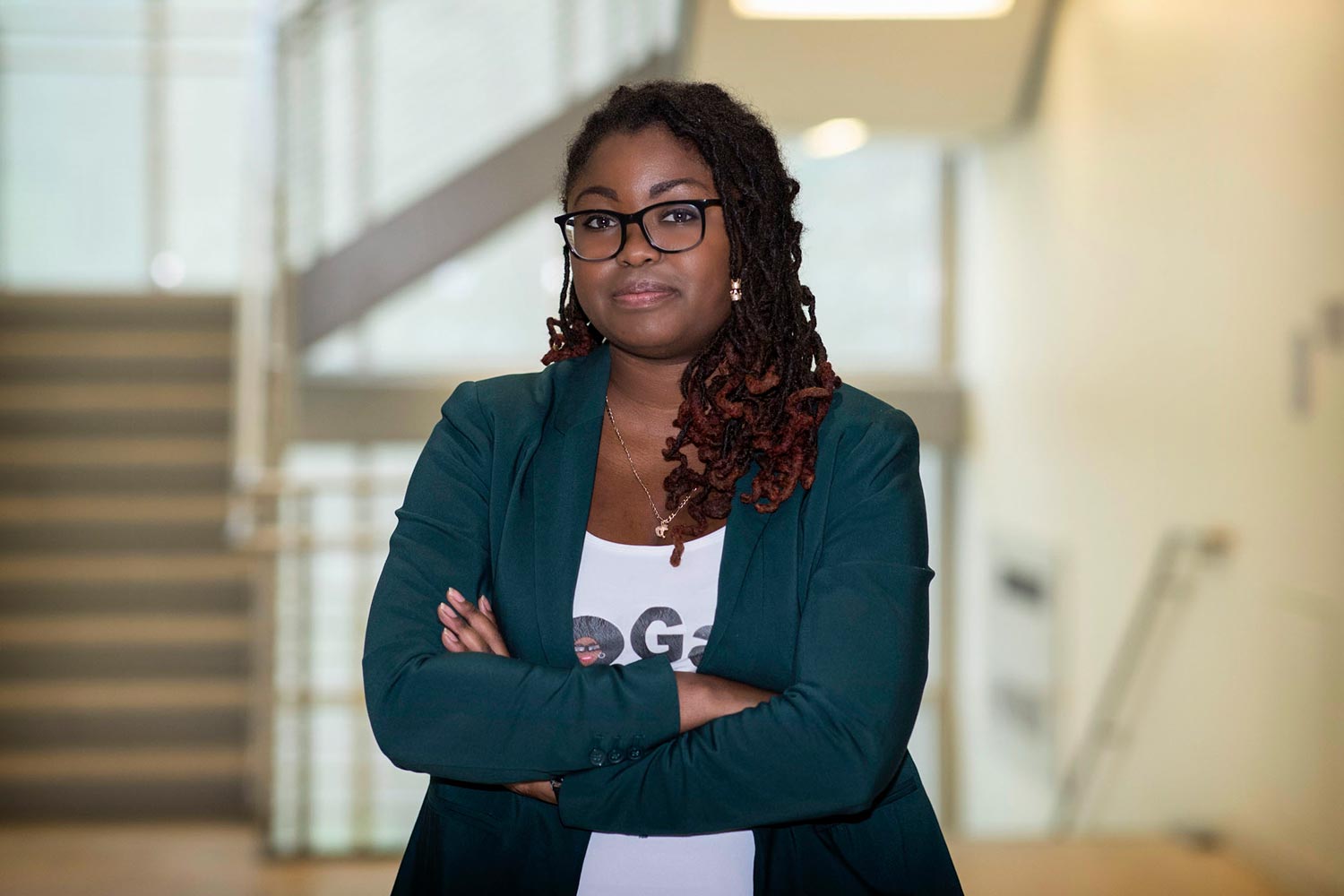 Shakira Hobbs has been fascinated with biofuel since she was an undergraduate. (Photo by Dan Addison, University Communications)

Hobbs’ team conducted a community needs survey and found that community members were interested in sustainable methods of managing waste. She then built a prototype digester, followed by a small-scale, trial version in 2017 and modified in 2018 to make it more efficient.

“The project is currently in the trial phase to troubleshoot any design problems, give the community a hands-on example of how the project can benefit them on a larger scale, and to increase community buy-in,” Hobbs said. “The team is continuing to engage in conversations about expanding the project to fit the community’s goal of providing cooking fuel to the entire village. The community has been empowered to take ownership of this project and their capabilities for future innovations.”

Hobbs wants the biogas project to be compatible with what already exists in the community. “We are making a more integrated system, where it is less labor-intensive and it doesn’t change much of the behavior of how they still cook,” she said.

In Sittee River, the residents have used tanks of butane to fuel their cook stoves. Hobbs and her team are working on compressing the methane gas into the empty butane tanks, to make it a smooth transition for the people. But that has problems. 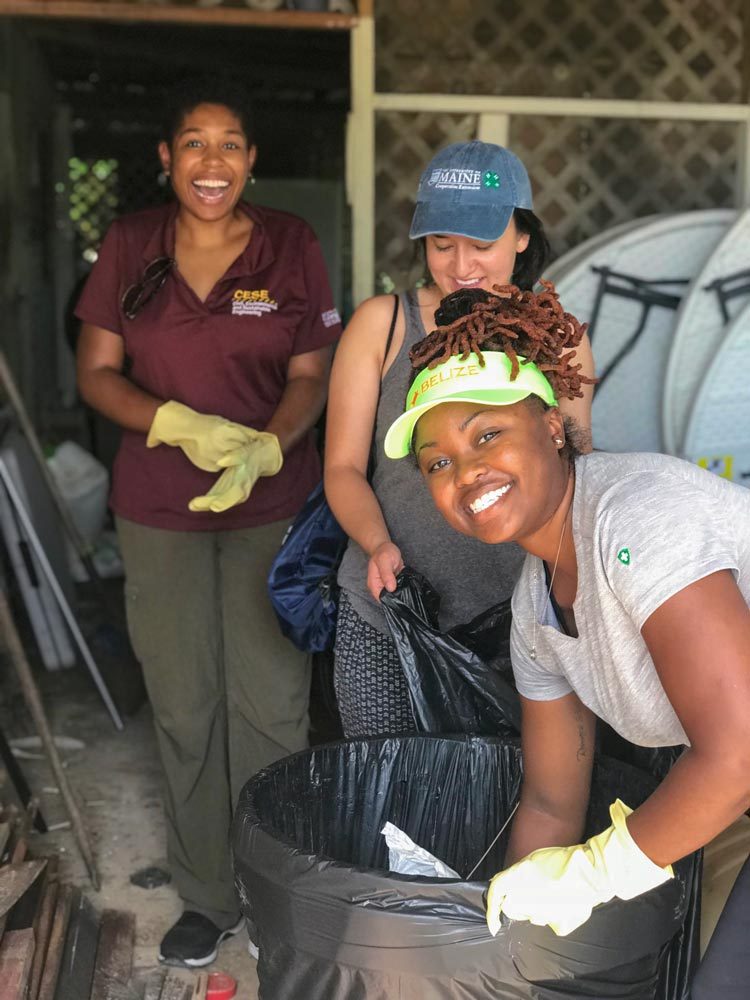 “You have to make the gas into a liquid to get it into the tank, and then it goes back to being a gas. And you have to apply a lot of energy to liquify the gas,” Hobbs said. “You need electricity to compress the gas into the butane tank. Right now, we are proposing just using electricity from the grid, but what we ultimately want to work up to is using solar panels.”

Initially her team did not want to compress the gas, thinking the additional cost and electricity draw needed to compress it would defeat the whole purpose of being sustainable. Instead, they sought to use lightweight, flexible gas bags to collect the biogas. But the bags are not pressurized, as the canisters would be, and the residents’ houses are already set up to use pressurized canisters.

Community members pushed to compress the gas. “We listen to what the community wants and needs,” she said. “They are part of the process and, at the end of the day, they live there and we don’t.”

Now the team is considering whether to build one large digester, from which they could run multiple gas lines, or to build several small ones, to prevent the not-infrequent hurricanes from destroying a single, large digester.

“What we are planning for is a more resilient community that can recover on its own,” Hobbs said. “Oftentimes, it floods in this community, even if a hurricane doesn’t come. So their roads are flooded, there are tree limbs that are down. They refill their butane tanks from a truck that comes around and sometimes they are cut off from getting any kind of energy source.

“The digesters could supply energy needs while they are cut off. From a resilience perspective, it would be better to be decentralized.”

Hobbs’ fascination with biogas started as a University of Maryland undergraduate when she took a renewable energy course, in which there was a unit on anaerobic digestion. Hobbs’ group selected cow manure as its bio-source, which proved to be rich with biogas.

“We were supposed to just measure the gas, but our team was a little ambitious and we lit the gas when we weren’t supposed to,” she said. “To see an actual flame be produced from something that produced gas, from something we considered waste, that was unreal and amazing for me.”

From that moment, she was hooked. 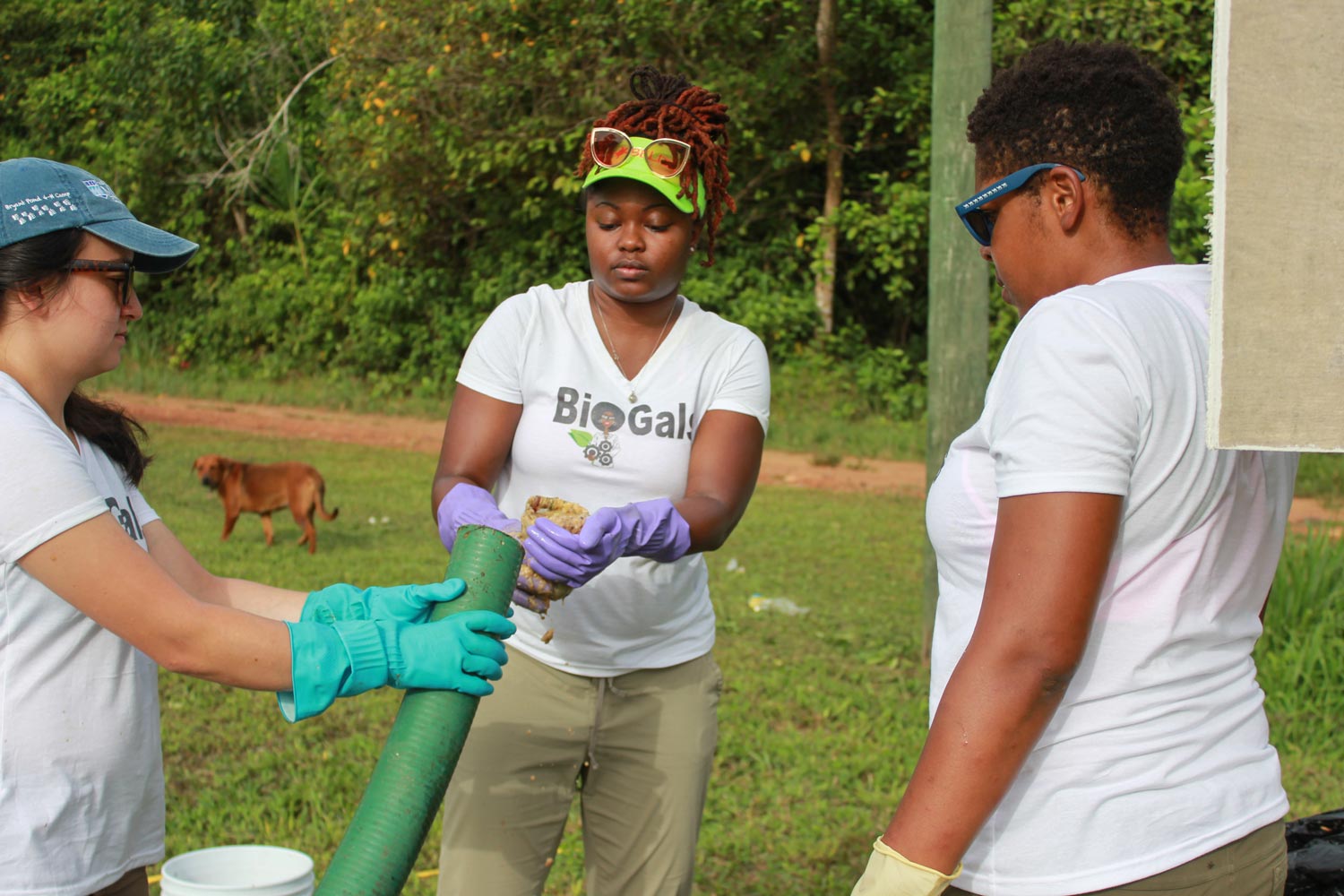 Astmann, Hobbs and Morton work with the digester, a sustainable source of fuel for cooking, heating and lighting. (Photo courtesy Shakira Hobbs)

Hobbs sees the digester as a win-win solution, putting organic waste into a digester rather than a landfill and continuing to use it as a resource, drawing the gas off.

Hobbs said her research project in Belize has been turned into a non-profit organization to benefit the Sittee River.

“This can be a technology that produces jobs for them,” Hobbs said. “It reduces their dependency on having to purchase other gas sources. Also, there is the educational experience, co-creating sustainability activities with students and them showing their parents how waste isn’t really waste if it still has an energy component to it. Or if it can be used as a resource.”

While focusing on assisting people in Belize, Hobbs is also trying to help fellow engineers through a nonprofit called “BioGals,” which she said is dedicated to “providing opportunities and empowering women of color, especially those in STEM fields, to study abroad in supportive environments.”

“BioGals is a nonprofit organization dedicated to increasing the visibility of women of color conducting sustainability research in developing communities.” Hobbs said.

What Is Biotechnology? Where Is It Headed at UVA? END_OF_DOCUMENT_TOKEN_TO_BE_REPLACED