Books Are Here to Stay: Rare Book School Exhibition Shows the Many Forms of Books 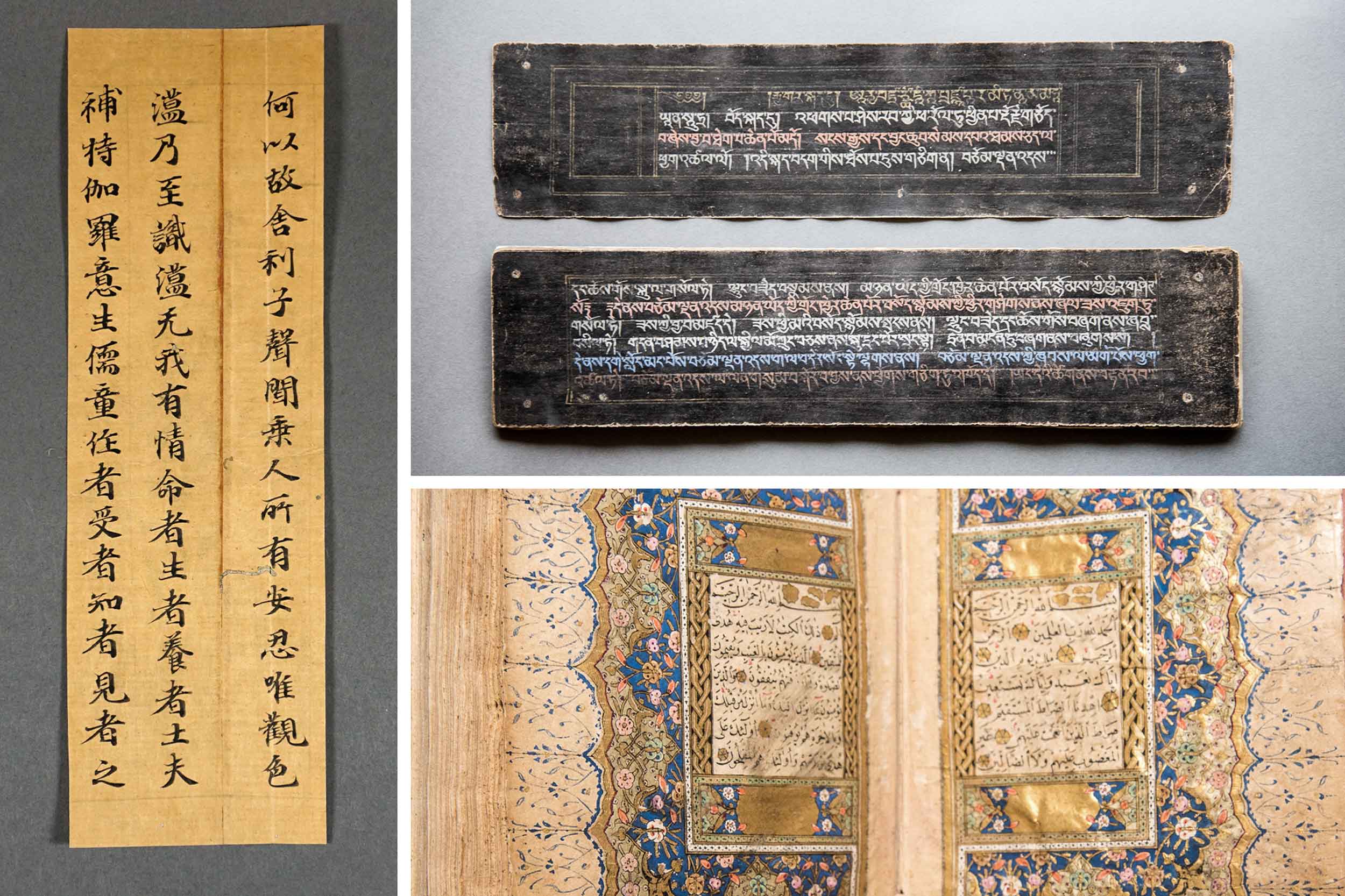 With more than 200 items, Rare Book School’s exhibition at the Grolier Club in New York City shows the origins of bookmaking and pushes the boundaries of what a book can be, including artistic objects and e-readers.

There’s an ancient papyrus fragment – circa 300 BCE – that records a wheat harvest. Then, on the parchment’s flip side, a crime story that seems to mention the Egyptian sun god, Re.

And there’s one of the first portable electronic reading devices, the Rocket E-Book. It debuted in 1997 and holds up to 4,000 pages of text.

These two extreme examples of what books can be are part of the extensive collections of Rare Book School, an independent institute located at the University of Virginia. Now, a varied selection is on exhibit at the Grolier Club in New York City.

The exhibition, “Building the Book from the Ancient World to the Present Day,” shows the history of books and how they’ve been made, up to the present day. 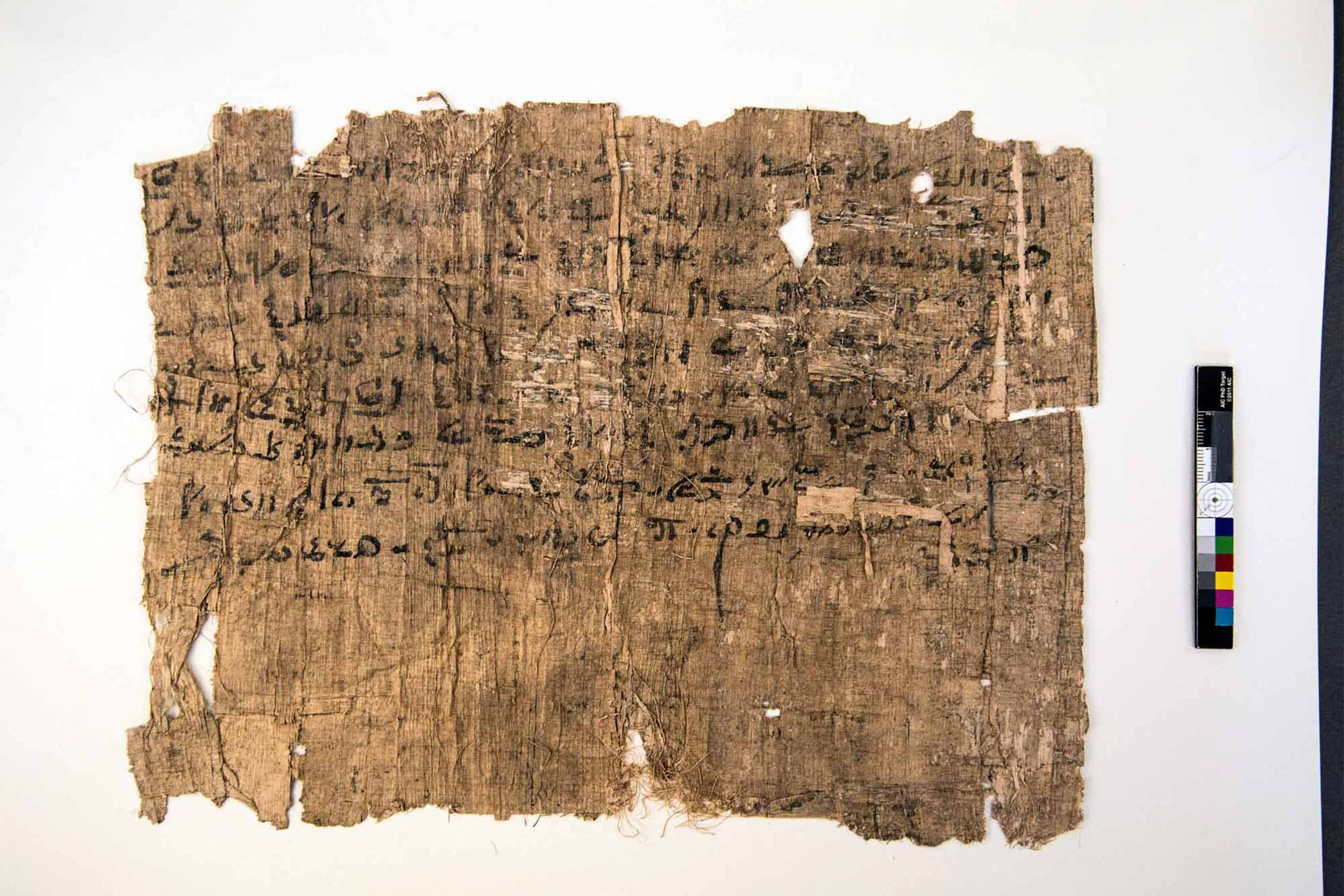 This Egyptian fragment, written in an ancient script called Demotic, is made of papyrus, the principal material used for writing on in the ancient Mediterranean world. (Contributed photo)

So which will last longer, a book made of paper or an electronic version?

“Digital files actually degrade at a much faster rate than a printed piece of paper, not to mention papyrus and animal skin,” said Ruth-Ellen St. Onge, associate curator and special collections librarian for Rare Book School.

With more than 200 items, the exhibit shows the origins of bookmaking, provides examples of how books can be created in many forms and materials, and pushes the boundaries of what a book can be, including artistic objects and e-readers.

“The exhibition is our chronological overview of how books are made – soup to nuts, beginning to end,” said curator Barbara Heritage, associate director of Rare Book School, who organized the show with St. Onge. 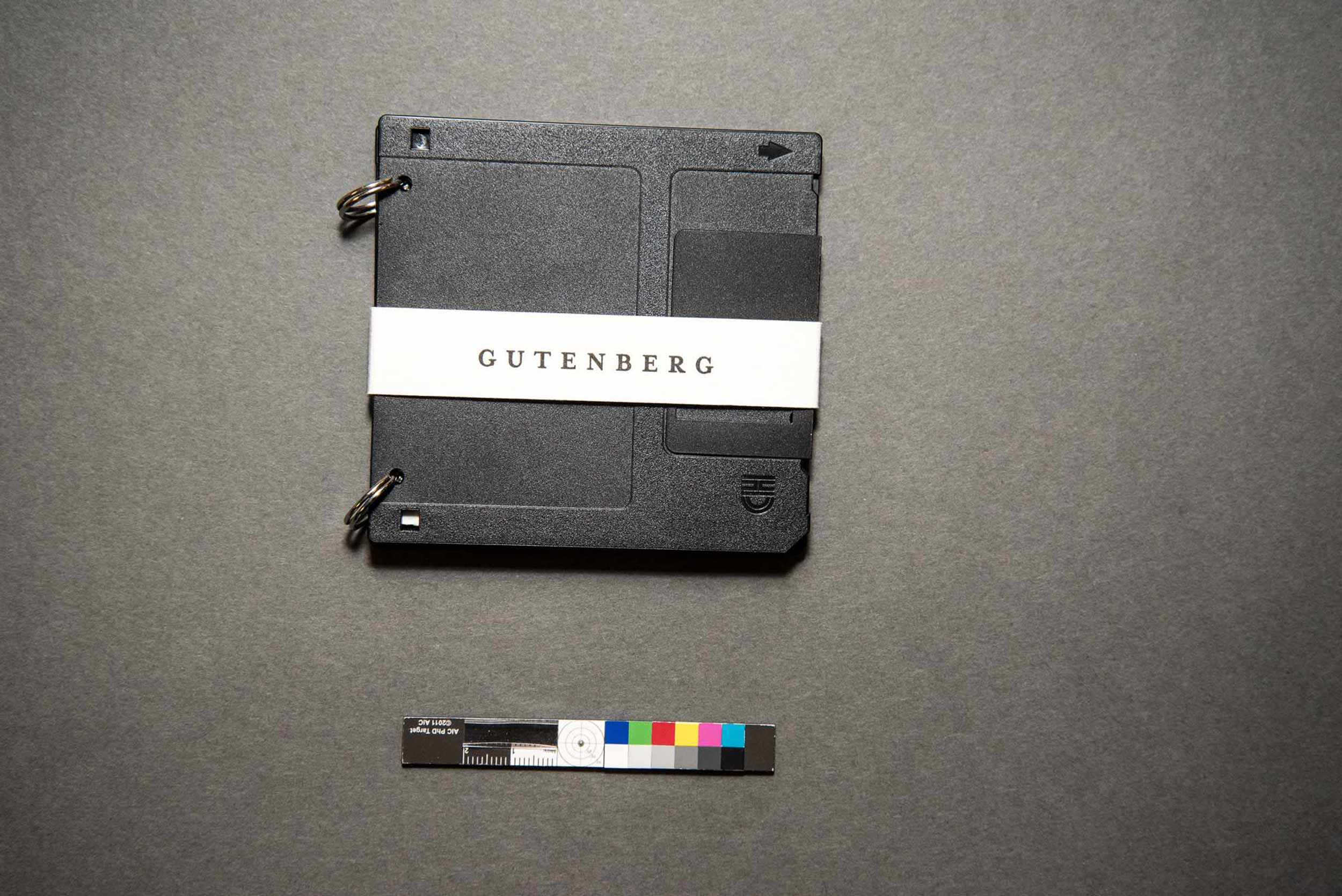 This art piece contains thousands of pages of electronic books stored in the covers made from old computer drives. Eight printed pages inside the covers detail the contents. (Contributed photo)

Despite the development of electronic reading devices, the book in physical form is not going away anytime soon, although how it’s produced is subject to change, the curators said.

“There is something for everyone,” Heritage said, and so far, the exhibit in the Grolier Club’s large gallery has attracted a range of visitors since it opened Sept. 28, according to the curators.

Heritage and St. Onge are leading tours in person and virtually, as well as organizing a symposium that will be livestreamed all day on Nov. 4.

It was a challenge to decide what terms would work for books at every stage of their making and in different parts of the world, the curators agreed. They also chose different types of books, not just rare and extravagant examples.

“The books in the exhibition are from different scales of production and time periods, so we have things like a ‘book of hours’ manuscript from the Middle Ages to paperbacks from the 20th century,” St. Onge said. 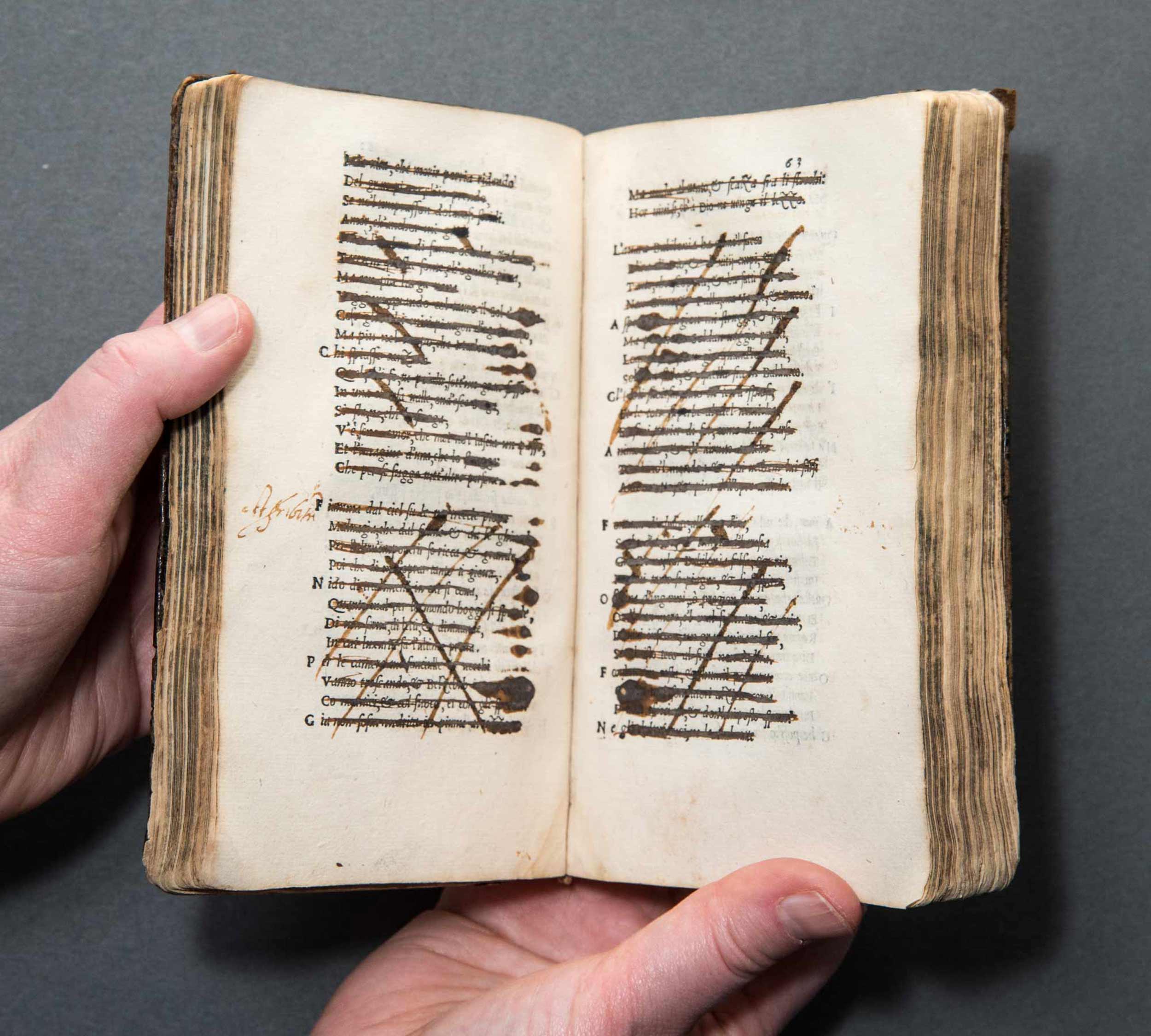 This book of poems from 1522 bears censorship marks, noting some of the content “is prohibited” because the poems attacked religious standards. (Contributed photo)

One of the more unusual books is the artist Clark Coolidge’s surrealistic item, “On the Slates,” that contains a poem printed on loose pieces of paper the size of dollar bills, tied with an overprinted dollar bill, and tucked inside a used men’s shoe, all of it laid on tissue paper in a shoe box.

Another unique example comes from the performer Madonna, who pushed boundaries in more than music. She published a controversial book of photos, “Sex,” in 1992. The book is bound like a spiral notebook and comes in a silver Mylar package designed to mimic a condom wrapper.

Then there’s a book with covers made of hard-shelled zip disks, computer storage that was obsolete after just 25 years. 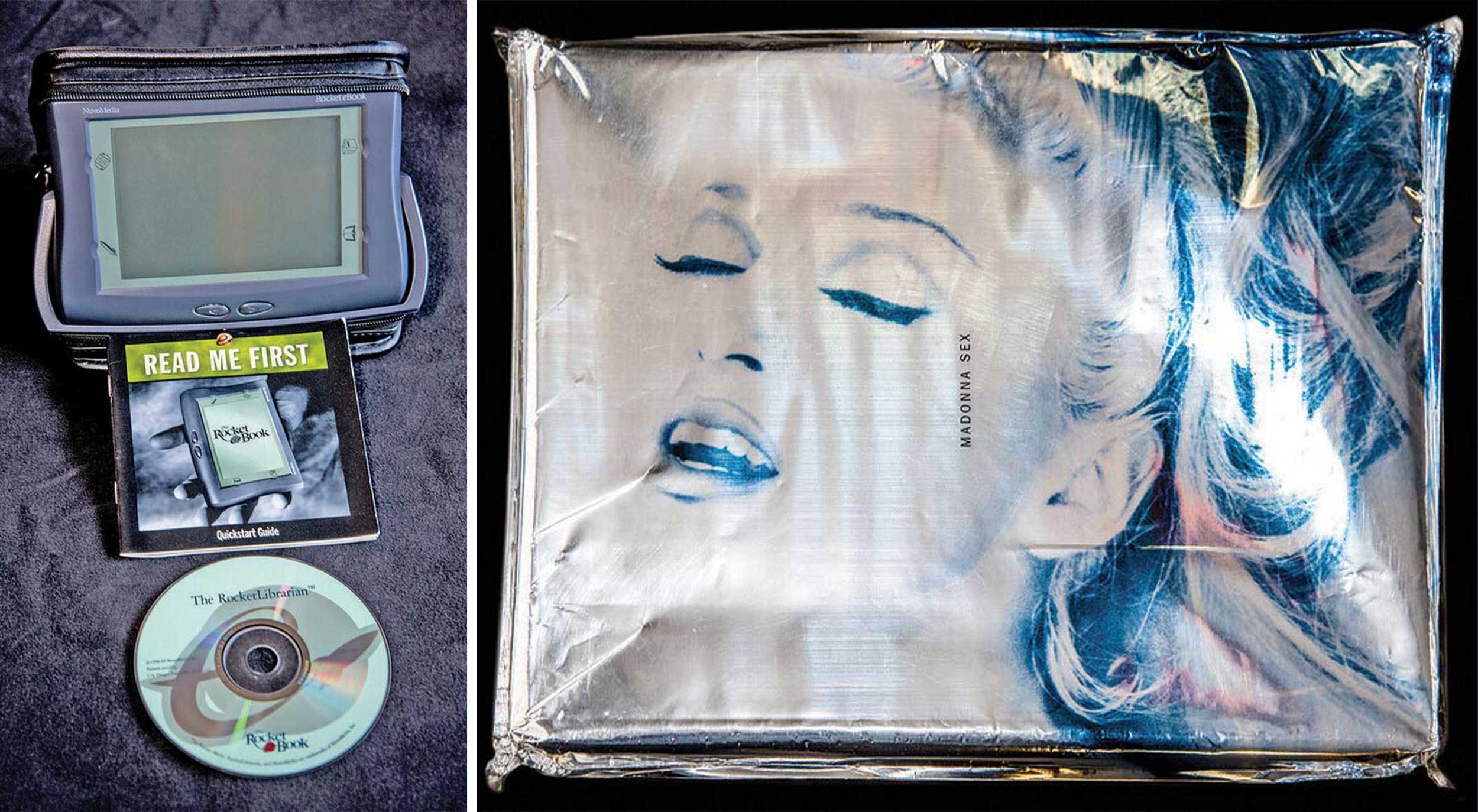 One of the first electronic books, the Rocketbook, debuted in 1997, a few years after Madonna’s 1992 book, “Sex” created a stir – not just for the content, but for the foil wrapping that was made to look like a condom. (Contributed photos)

Heritage and St. Onge have published a book that accompanies the exhibit, “Building the Book from the Ancient World to the Present Day: How Manuscript, Printed, and Digital Texts Are Made,” being distributed by UVA Press. In the introduction they wrote, “The more we learn to look at books as objects, the more we understand how their material forms are expressive not only of their manufacture, but also of the myriad communities and social networks from which they emerge, whether an ancient Egyptian farm, an early modern Tibetan monastery, a 19th-century prairie schoolhouse, or a turn-of-the-millennium Canadian home with its own desktop computer.”

“I would love for UVA students to see these materials, how books have changed, and how beautiful and strange the book is in all its variety,” Heritage said. 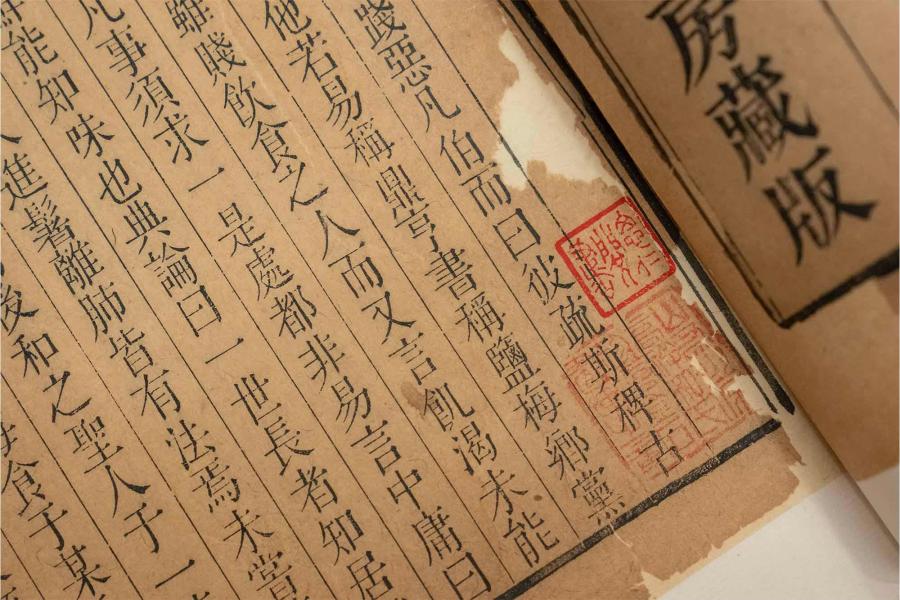 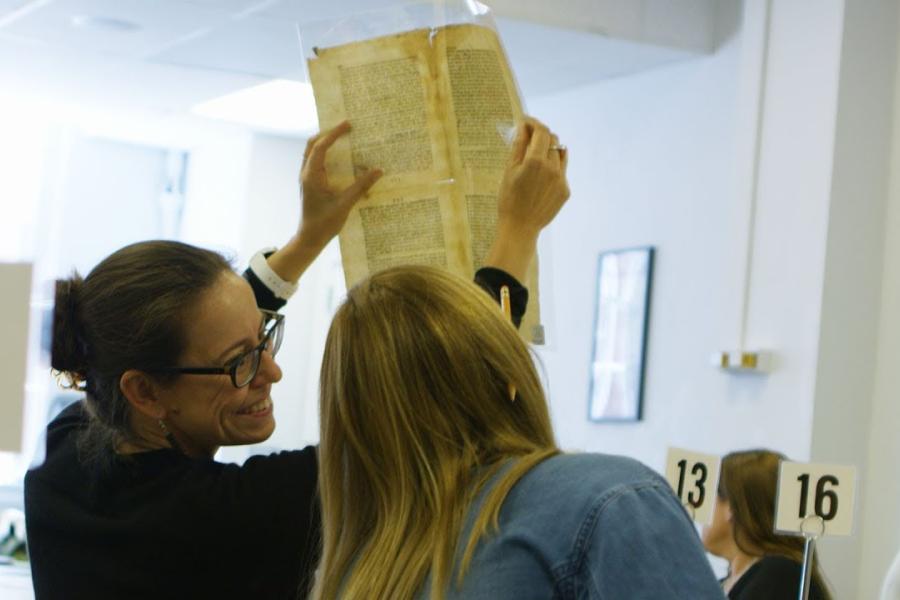 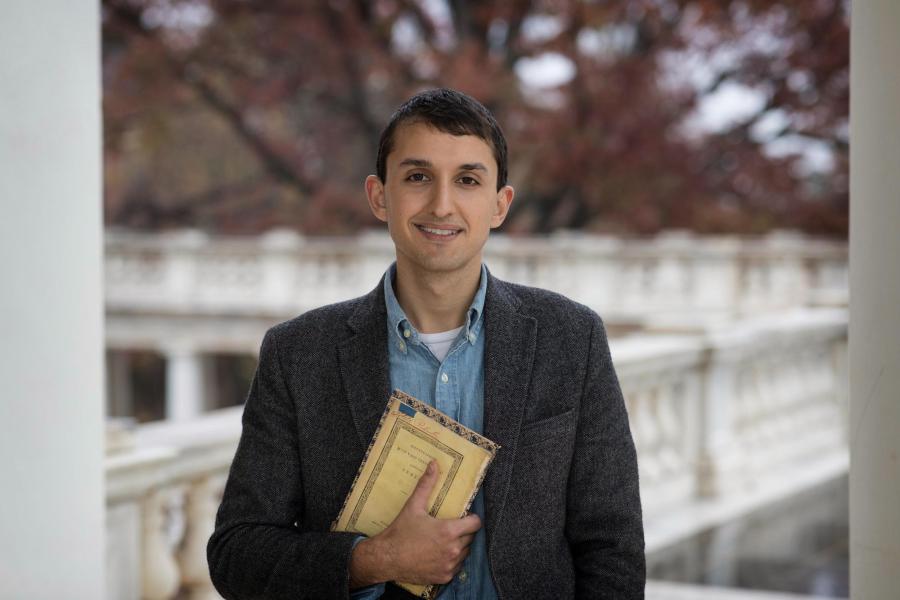