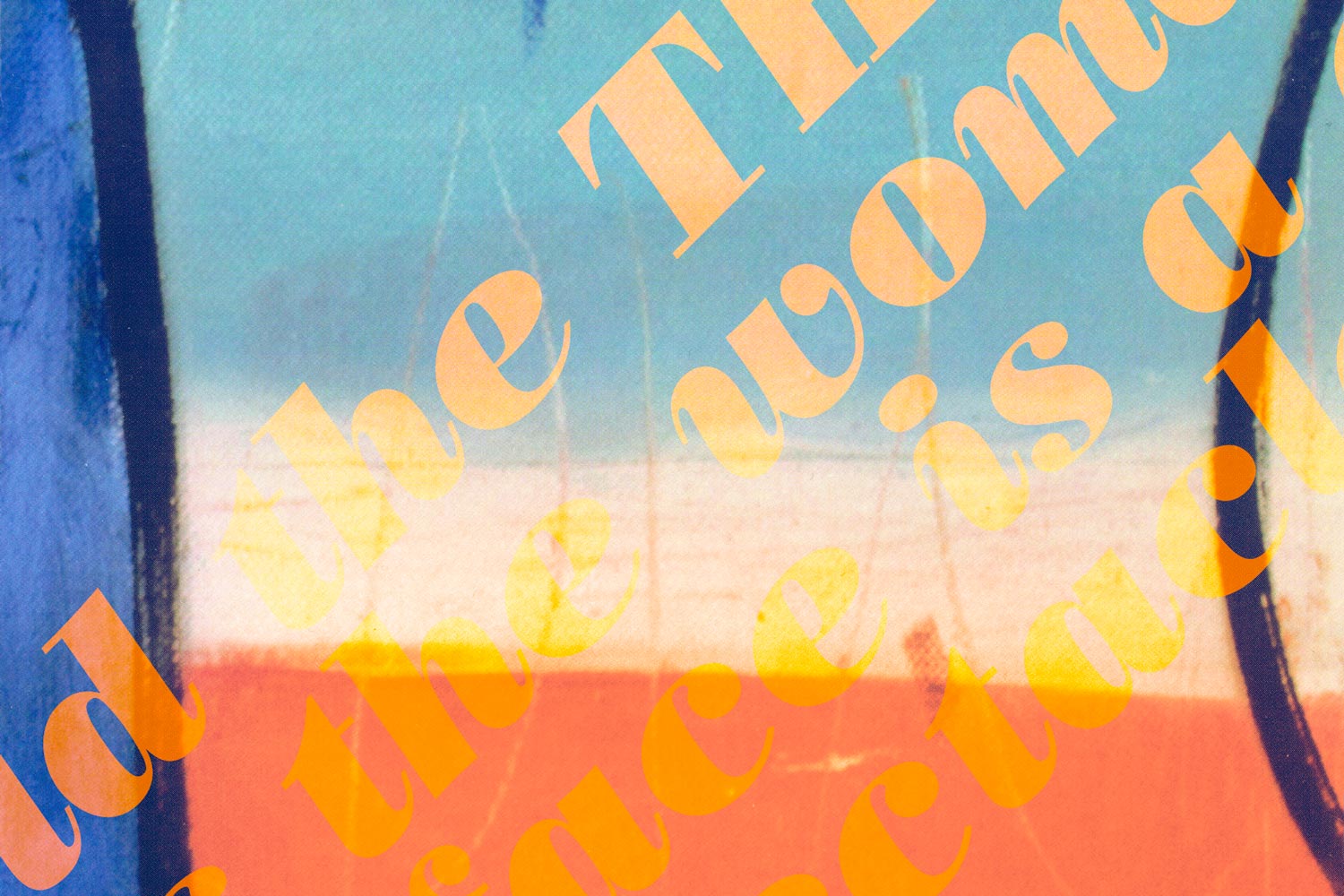 To mark its 15th anniversary, the University of Virginia’s Area Program in Poetry Writing recently published an anthology of alumni poetry, with authors spanning from the program’s first graduates in 2002 to the most recent class of 2017. Compiled, designed and edited by an undergraduate student in the program, the anthology features poems on love, loss, anxiety about the state of the world – and hope.

“The poems speak to one another from across the years,” said Lisa Russ Spaar, professor of English and the program’s founder and director, sitting in her office in late June. As she flips through the book, each page brings back a memory of a former student. “I cried when I first read this, just because it was exciting to see poems in conversation with each other.”

The anthology, titled “Quince” – Spanish for “15” – features poems by 83 of the program’s 150 alumni. It was Spaar’s idea to create the anthology, but she asked Kirsten Hemrich, a rising fourth-year student in the program, to curate and design it. 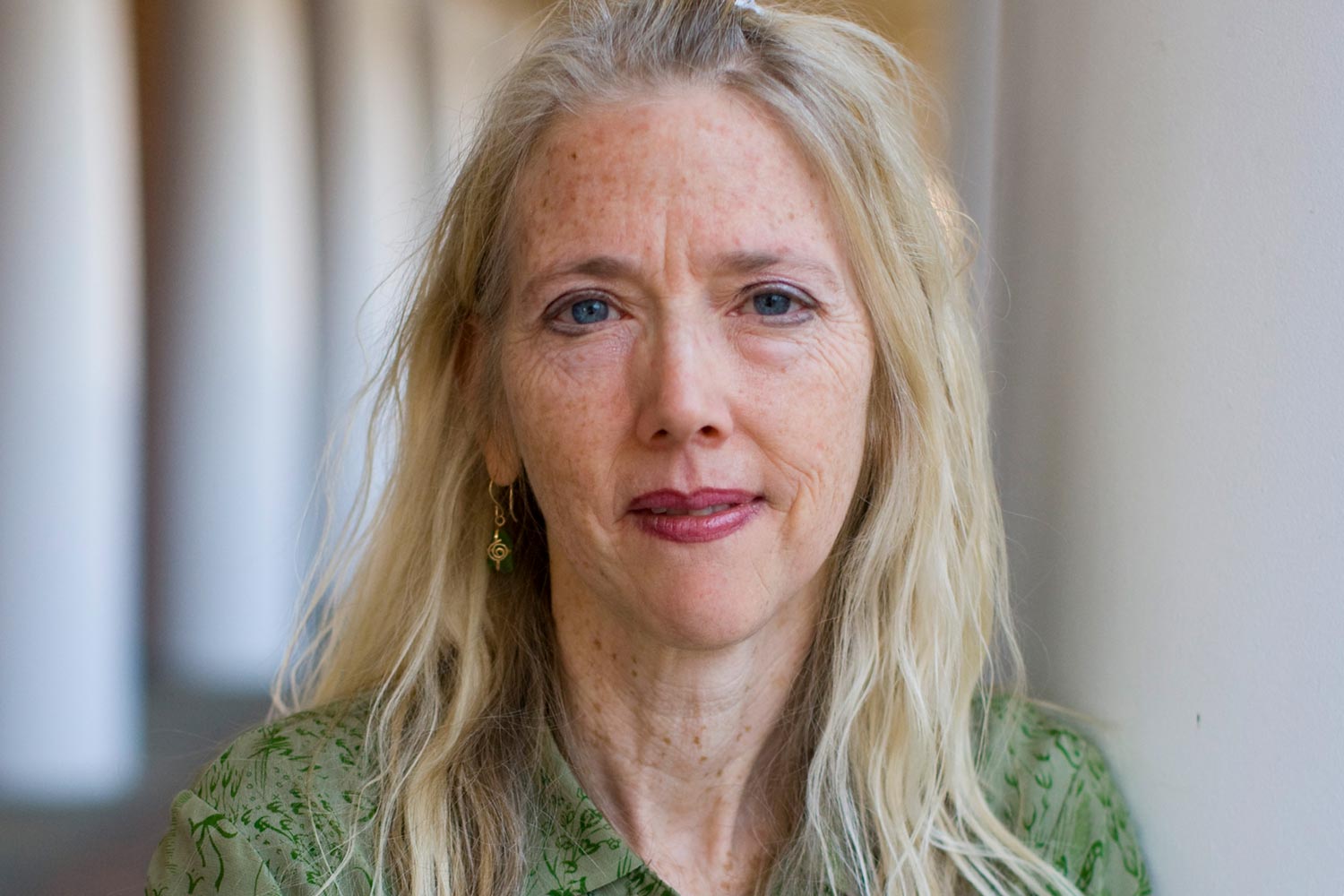 “Despite not knowing anything about publishing or bookmaking, I was excited to take on the project,” Hemrich said.

In early 2017, Hemrich worked with Spaar to request poems from all program alumni via email and then enrolled in Jeb Livingood’s popular desktop publishing class, “Literary Editing,” in which he trains students in Adobe InDesign and the Chicago Manual of Style.

“That class was essential in the making of ‘Quince,’” Hemrich said. “Jeb is a great instructor and problem-solver.”

Livingood, who also teaches fiction writing and is the associate director of UVA’s Creative Writing Program, suggested the title for the anthology.

“My daughter was taking Spanish at the time, so I thought of ‘quince,’” he said. “It had an aura of poetry to it, and we it liked the ambiguity of it – it could mean the number 15 or a fruit tree.”

Livingood urged Hemrich to simplify the bookmaking process as much as possible. She set length limits for poems, gave strict deadlines to the poets to send in their work and uploaded the designed manuscript to Lulu.com, which produces paperback books within a week. 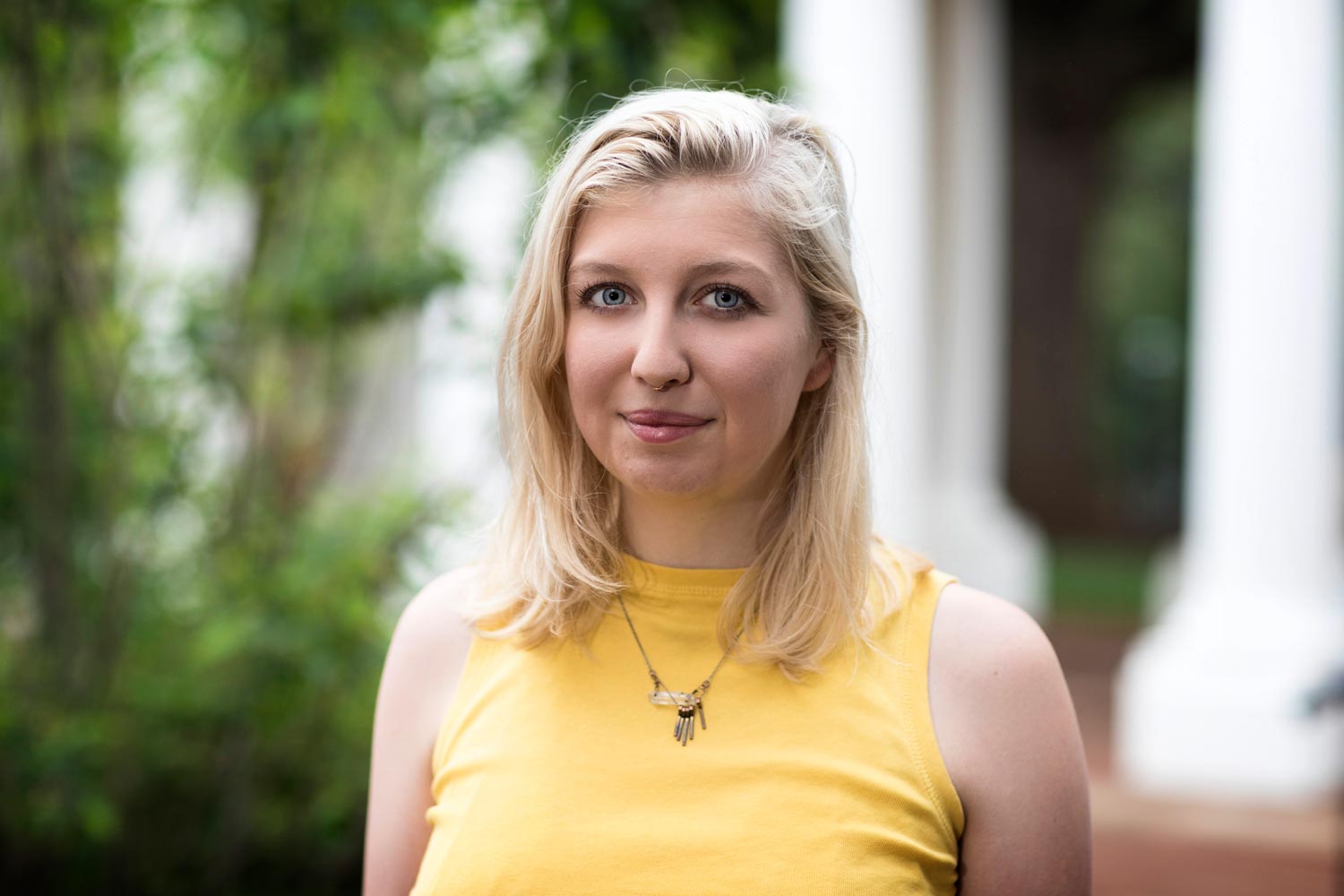 “Quince’s” glossy cover features an abstract painting by Hemrich, who is a double major in English and studio art. “Poetry and visual art are deeply tied for me. Many of my paintings incorporate textual fragments and poetry,” she said.

By placing the poems in alphabetical order by surname in the anthology, Hemrich created pairings of students from different class years whose poems speak to one another, almost eerily at times, from facing pages. 2014 alumna Elisabeth Burkhalter’s poem, “In Sickness and Health and sub-Saharan Excess,” faces 2006 alumna Libby Burton’s poem with a similar theme, “A Brief History of Hysteria.” 2006 alumnus Michael Rutherglen’s “Library of Babel” is across from 2012 graduate Jesse Saldana’s “A List of Facts.” 2009 alumna Claire Skinner’s poem, “Laura at the Drive-thru” pairs with 2013 alumnus Trent Smith’s poem, “Drive-In.”

“That’s the beautiful thing – the role that chance plays,” Spaar said, mentioning that the coincidences remind her of surrealist writing prompts she sometimes uses in workshops. “There’s the role of chance here, but it’s also because these poems are coming out of people who are paying close attention to the world. Henry James’ advice to a young writer was, ‘Try to be one of the people on whom nothing is lost.’” 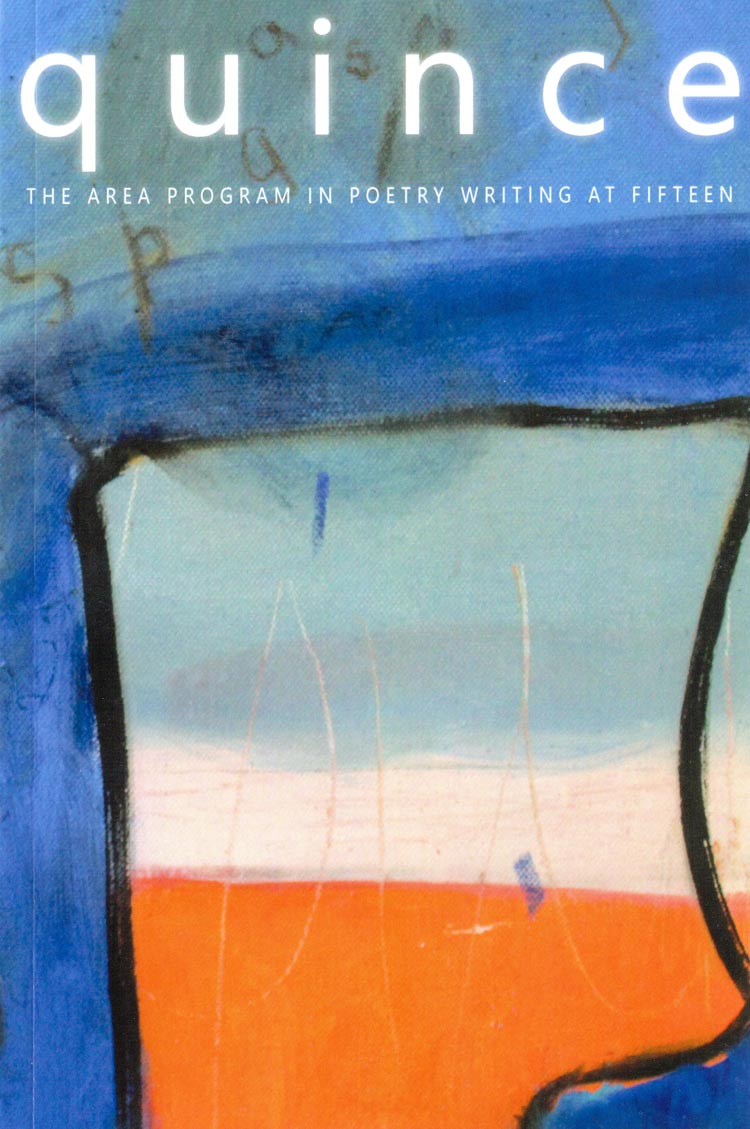 Spaar, who began teaching creative writing full-time in 1995, started envisioning an area program for undergraduate poets in 2000. The Department of English launched the Area Program in Poetry Writing in 2002. Spaar said she was inspired to create the program in part based on her own experience as a UVA undergraduate: she was in the first class of students in the English department’s modern dtudies area program, where the small group size “allowed students to feel like they are seen and their voices heard.”

The program admits 10 rising third-year English majors each year. During their two years in the program, students take workshops and seminars taught by Spaar and the rest of UVA’s poetry faculty – Rita Dove, Debra Nystrom, Greg Orr and Paul Guest. As fourth-years, the class of 10 takes part in year-long capstone project, culminating in the writing of poetry manuscripts.

“In the [program], peers and professors expect each other to be trying all the time to try harder, to experiment with new modes and voices, which means experimenting with new ways of thinking, which means challenging our preconceptions about art and of ourselves,” said 2007 alumna Sarah Schweig, whose first full-length book of poems, “Take Nothing with You,” was published by the University of Iowa Press in late 2016. “If taken fully to heart, that kind of challenge is one of the greatest learning experiences a person can have.

“In life outside the University, I think we find ourselves constantly challenged in this way. … We are met with the raw experiences of the world, which can seem indecipherable or unfathomable. We can either shrink from that challenge, or meet it and try to understand and articulate it.”

About a dozen program alumni have published books of poetry and many more have published poems in literary journals. Several work as creative writing professors; others are pursuing master’s degrees in creative writing or doctorates in English. Schweig works in New York as a staff writer for the animal rights website The Dodo and is pursuing a master’s degree in philosophy from The New School for Social Research on the side.

But plenty of poetry-writing alumni work in fields that seemingly have little to do with poetry –one alum is a doctor, another is a banker, another a minister – which, Spaar said, makes her “glad.”

“When we founded the [program], we weren’t trying to create a stable of people who would become poets, necessarily, or identify themselves as poets. … But, if you’re writing, you’re paying attention to everything – the past, the present, what might come,” she said. “Poetry requires that you think in terms of complexity, layers. … You see how language can create and shape reality – the power of that and the dangers of that, and the joy of that. Whether you go on to work on Wall Street, or you’re writing screenplays in LA, or you’re raising children – being able to engage with language in that way is going to make you a fuller human being and a more open-minded human being. And we need that now more than ever.”

The anniversary anthology is available on lulu.com. Spaar said she plans to create another in five years, with a new student designing and editing the book. “That way,” she said, “after all the work she’s put into this project, Kirsten will be an alumna and we can include her poem!”

For All of Us END_OF_DOCUMENT_TOKEN_TO_BE_REPLACED