The University of Virginia’s popular course, “Books Behind Bars: Life, Literature and Leadership,” has garnered a lot of media attention, thanks to its novel approach to juvenile justice.

Now a documentary film is being made about the class.

The course – which brings together UVA students and residents at the state’s Beaumont Juvenile Correctional Center in Powhatan County to read Russian literature and seek its lessons about the meaning and purpose in life – has attracted coverage from television journalist Katie Couric, the Washington Post and the Moscow Times, to name a few.

Recently, it also caught the eye of filmmaker Chris Farina, whose 2010 film, “World Peace and Other Fourth Grade Achievements,” premiered to great fanfare at the South by Southwest cultural festival in Austin, Texas.

Farina and his crew spent the spring semester shadowing UVA Russian literature scholar Andrew D. Kaufman and his students, both in their Nau Hall classroom and in a sun-filled atrium at the juvenile correctional center.

“I made the previous film about a local teacher, and it had some real resonance,” Farina said. “It showed to me the importance of the profession of teaching – that it really is a profession that, on a daily basis, is changing people’s lives, especially when you see a good teacher working with students and see that effect.”

His previous film showcases a Charlottesville fourth-grade teacher, John Hunter, with his students’ participation in an exercise called the World Peace Game. The game triggers an eight-week transformation of the children from students of a neighborhood public school to citizens of the world. The film reveals how a wise, loving teacher can unleash students’ full potential.

“I was introduced to Andy and saw a very similar thing happening, which was him creating this educational experience that has a deep impact on both groups,” Farina said. “Part of it is, it’s not just what he has to say; he creates this community where the students learn from each other and with each other.”

That interaction was on full display one recent Tuesday at Beaumont. The UVA students and correctional residents sat at tables discussing a recent reading assignment. Kaufman kicked off the discussion with a few introductory remarks and then stepped back as the students excitedly talked about the day’s reading, Mikhail Lermontov’s “Native Land/Motherland.” 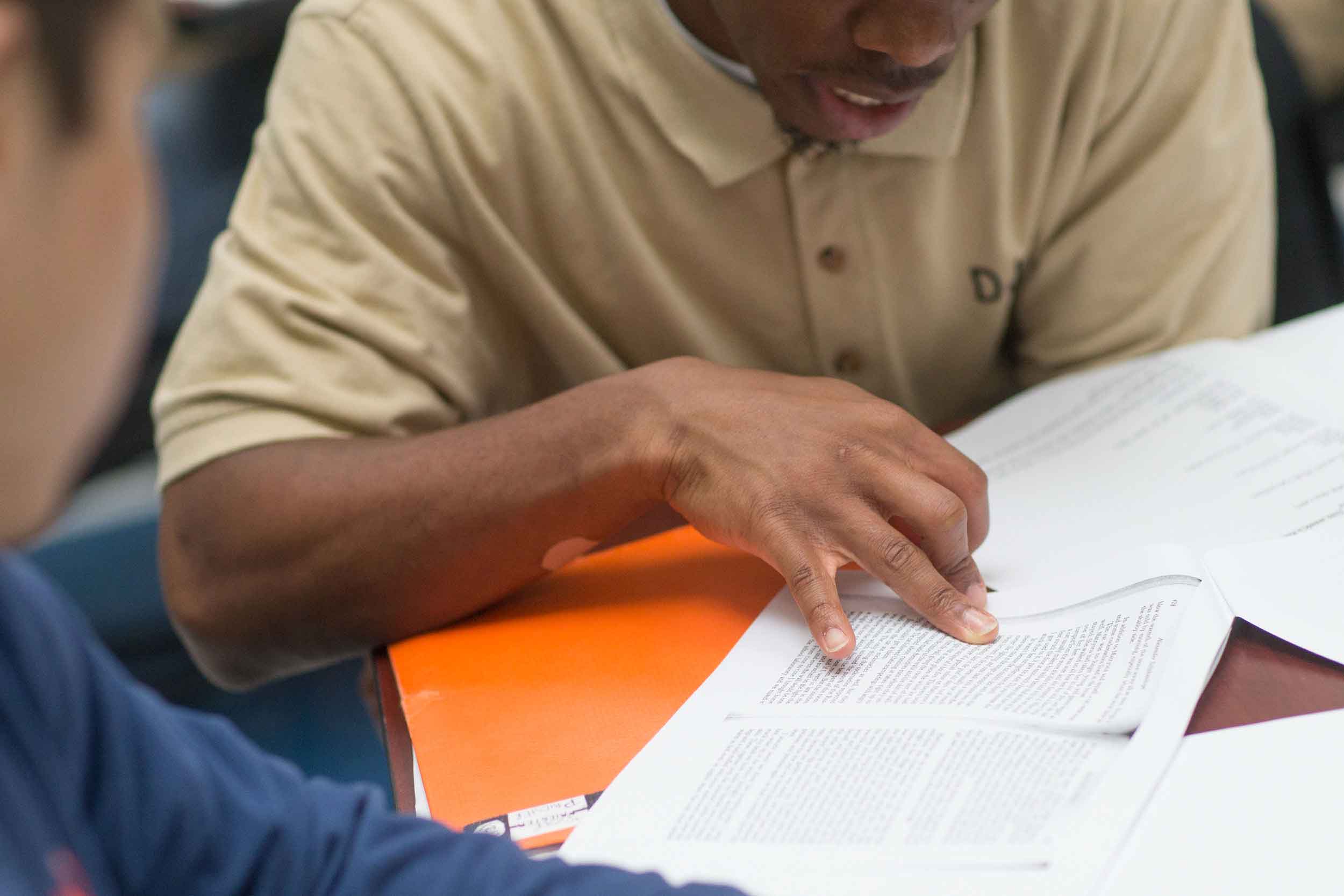 This Beaumont resident dives into the reading material. (Photos by Sanjay Suchak)

Farina, a 1982 UVA alumnus who earned a degree in American government, began observing Kaufman’s class three years ago and said he was really moved to see an environment where peers from different groups learn together.

He was also blown away by the UVA classmates themselves. “This is really such a wonderful group of students,” Farina said. “Sometimes I don’t think enough credit is given to this generation of students and how wonderful they are in terms of their concern, their compassion, their wanting to change the world. It really makes me optimistic.” 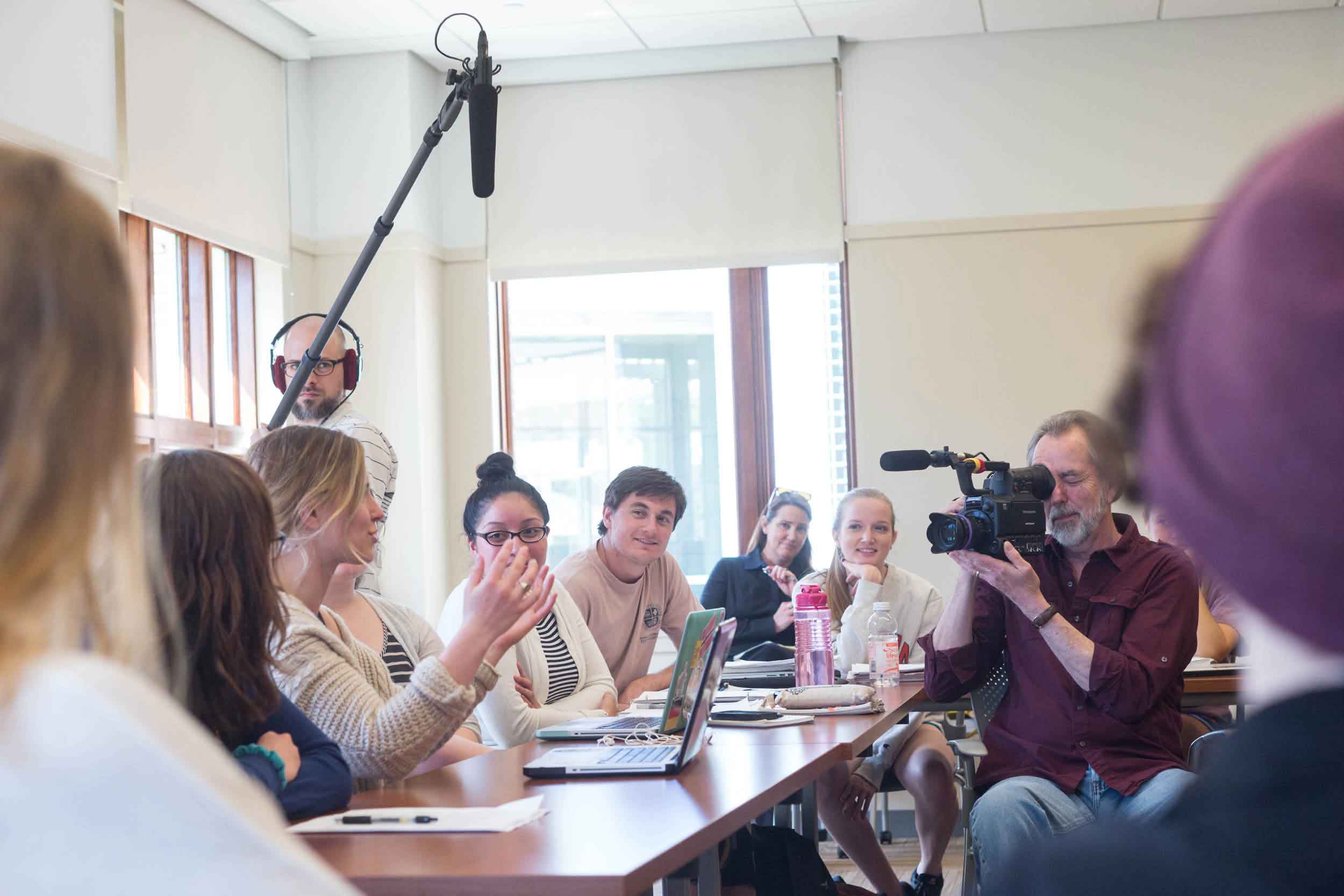 The class gathered in room 342 of Nau Hall after spring break and talked about their previous meet-up at the Beaumont Juvenile Correctional Center.

Kaufman saw Farina’s film about the fourth-grade class at the local premiere and said he was moved to tears. “When he approached me about making the film, I realized this is a unique opportunity to let people see what happens in the class from a very intimate perspective,” he said.

“There is only so much I can say about the class to describe it to people, but when they see it in the emotions, in the expressions, that is exactly what Chris was able to capture in that last film,” Kaufman said. “For those reasons I was really excited to hear that he wanted to do a film about my class.” 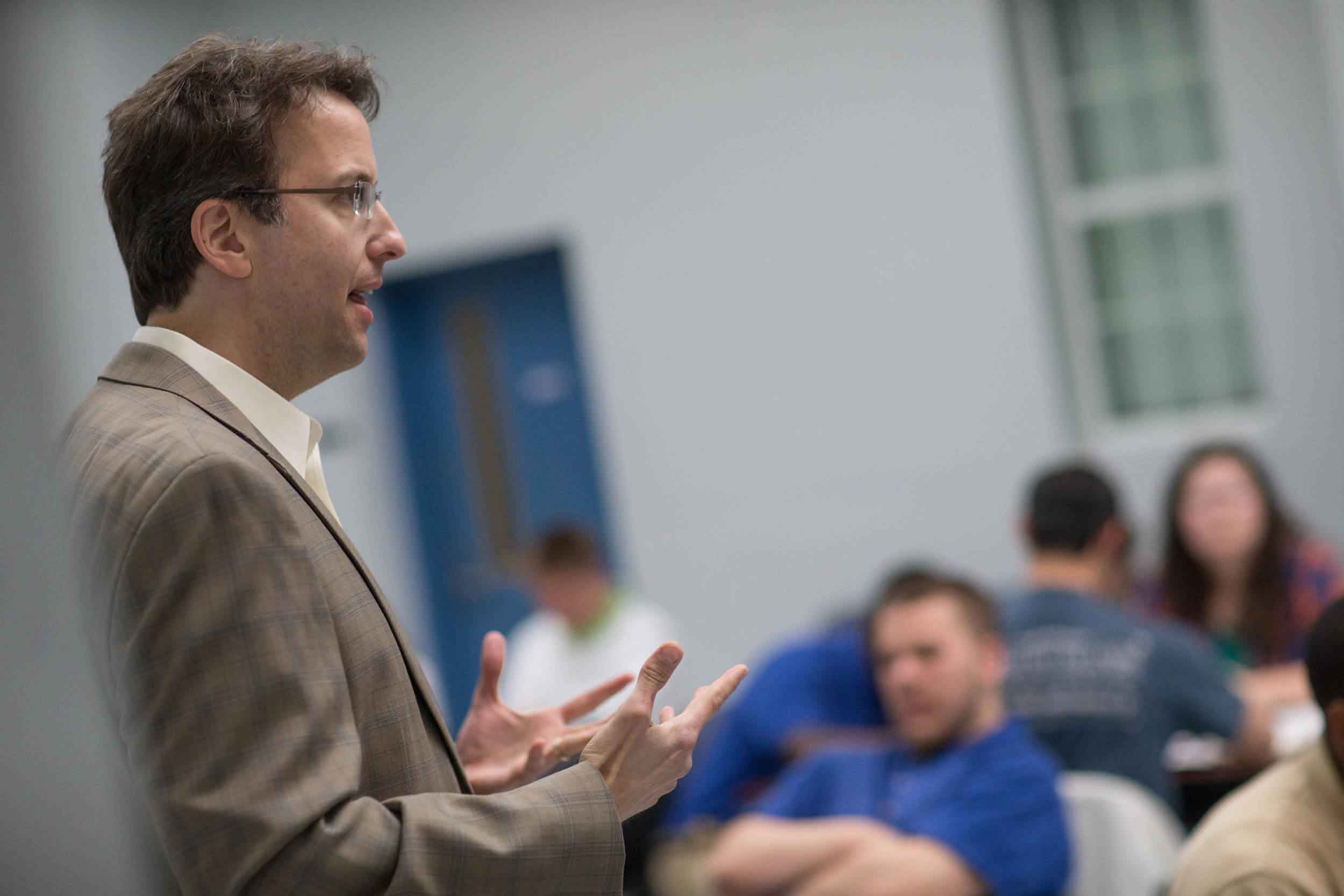 Kaufman addresses students during a class in March.

Farina and his crew are in the editing process and see the film as a good fit for public television.

“We are not looking to create scandal,” he said. “This is a really positive program that shows the potential when you actually provide benefits to people when you bring them together. What I want to do is really express my own affection and admiration for the program.”

Because it is an independent film, Farina will be taking it on the film festival circuit to help raise money to complete the project. If it receives full funding, it could be done by the end of the year. 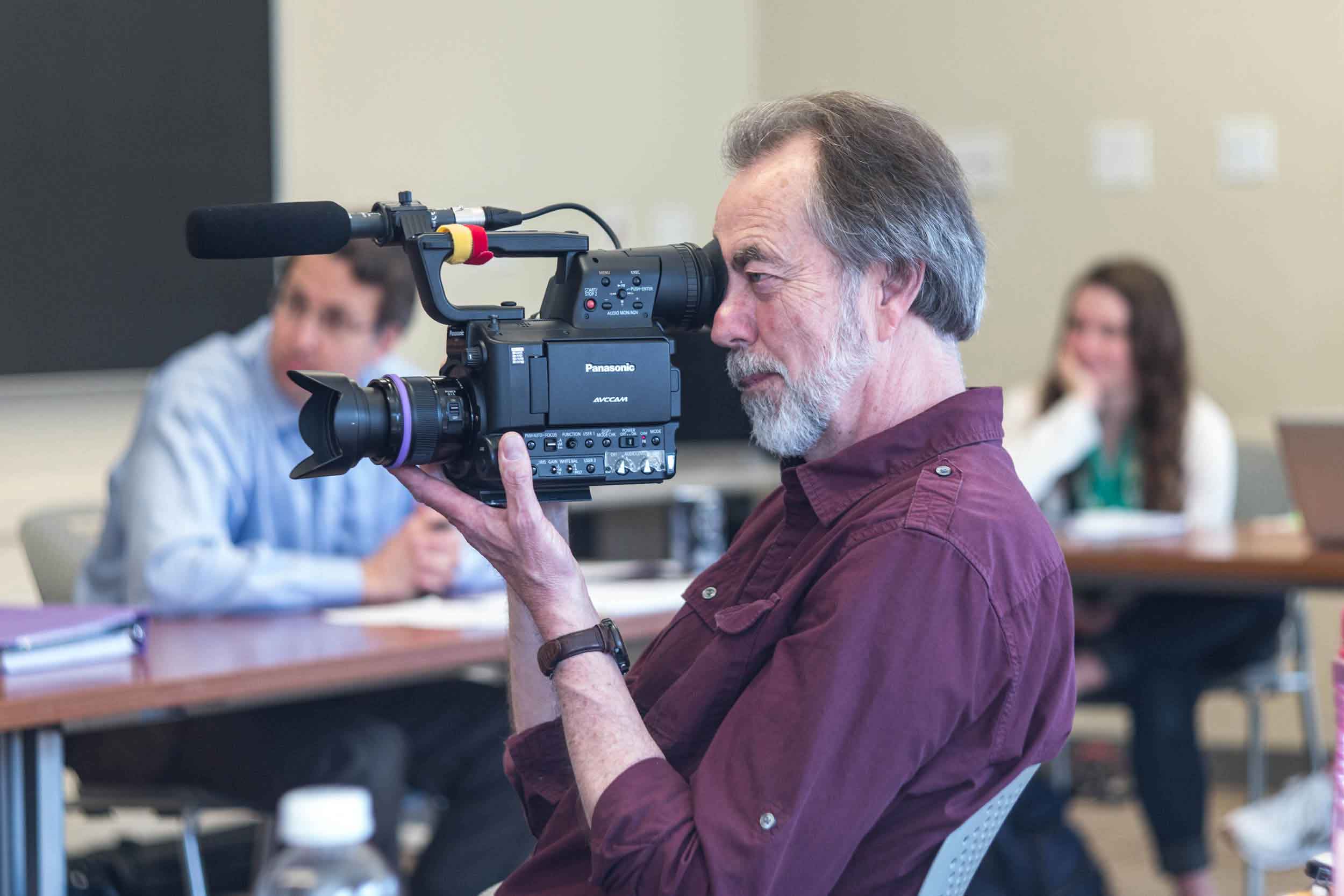 The Bigger Picture: Starry Night in the Rotunda END_OF_DOCUMENT_TOKEN_TO_BE_REPLACED