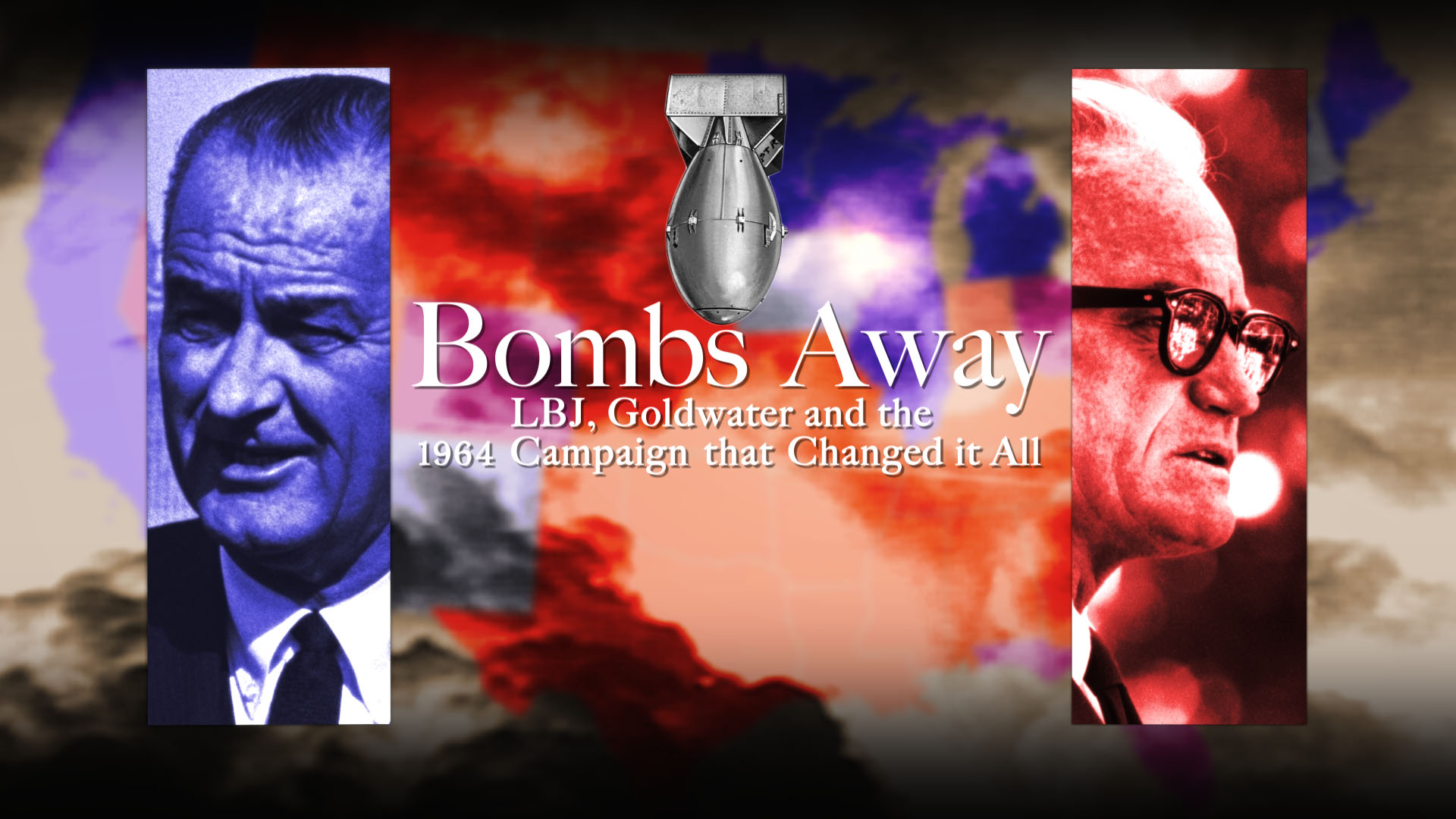 The National Academy of Television Arts and Sciences has nominated the University of Virginia Center for Politics for two Emmy Awards in the categories of Best Historical Documentary for the 2014 production of “Bombs Away: LBJ, Goldwater and the 1964 Campaign that Changed it All,” and Best Instructional Programming for lessons from U.Va. Politics Professor Larry J. Sabato’s massive open online course, “The Kennedy Half Century.”

Sabato’s online course is the first MOOC to be nominated for an Emmy Award.

“Bombs Away,” a one-hour documentary, marked the 50th anniversary of the 1964 presidential contest between President Lyndon B. Johnson and Sen. Barry Goldwater. Polarized by very different personalities and ideologies, Johnson and Goldwater attacked each other with gusto – and in the process opened the door to a modern era of campaigning and highly negative TV advertising.

The documentary, directed by Paul Tait Roberts, was produced by the Center for Politics and the Community Idea Stations. The film premiered at the Virginia Film Festival in 2014 and has since aired on PBS stations nationwide.

With each new topic it tackles, the documentary team tries to offer a different viewpoint on the subject. In this case, they played with how funny the candidates’ campaign ads are in retrospect.

“Some of the content was just kind of ridiculous, and we knew the audience was going to laugh,” said the center’s media relations coordinator Geoff Skelley.

By embracing the comedic nature of these ads, the filmmakers highlighted the extreme measures candidates were willing to use to attack their rivals.

“The Kennedy Half Century,” produced in partnership with Paladin Media Group of Charlottesville, is a massive open online course available on Coursera.org and iTunes U that is based on Sabato’s New York Times bestselling book of the same title. The course traces Kennedy’s early legislative career and progresses through the 50 years since his death, focusing on how each president, from Johnson through Barack Obama, has used J.F.K. to craft their own political image. The class offers more than eight hours of video consisting of 45 lessons.

The challenge in producing the MOOC was to find a way to make it really stand out as a visual medium, said Ken Stroupe, associate director of the Center for Politics.

“Mr. Sabato and many center interns and staff combed through archival and public domain material and searched for things that were not only new, but could also take what would otherwise be a video lecture and make it an engaging series of programs,” he said.

To gain the necessary teaching perspective, the center offered a much smaller in-person lecture to a team of student teaching assistants. In the fall of 2013, these students spent the first half of their semester researching new content for MOOC-oriented lesson plans. During the second half, those students tested that content by taking the new MOOC lessons themselves.

To date, nearly 200,000 students worldwide have participated in the online instructional series. Each MOOC lesson was initially released within a specific time frame, but interest has grown so much that the center has now made the lesson plans available on-demand.

The Center for Politics and Community Idea Stations have previously partnered on a number of documentary projects, including the 2013 Emmy-Award winning “Out of Order,” a film that explores gridlock and hyper-partisanship in Congress.

The two entities are currently producing a new documentary, “Ball of Confusion,” about the historical political events of 1968. The film will be released nationally in the fall.

The 2015 nominations were announced Thursday by the Capital Chapter of the National Academy of Television Arts and Sciences. The winners will be announced June 27 at the 57th Annual Emmy Awards ceremony.

The U.Va. Center for Politics, founded by Sabato, is a non-partisan institute that seeks to promote the value of politics, improve civics education and increase civic participation through comprehensive research, pragmatic analysis and innovative educational programs.

It’s Copperhead Season in Virginia. Here Is What You Need to Know END_OF_DOCUMENT_TOKEN_TO_BE_REPLACED

What’s Next for UVA’s Class of 2022? END_OF_DOCUMENT_TOKEN_TO_BE_REPLACED