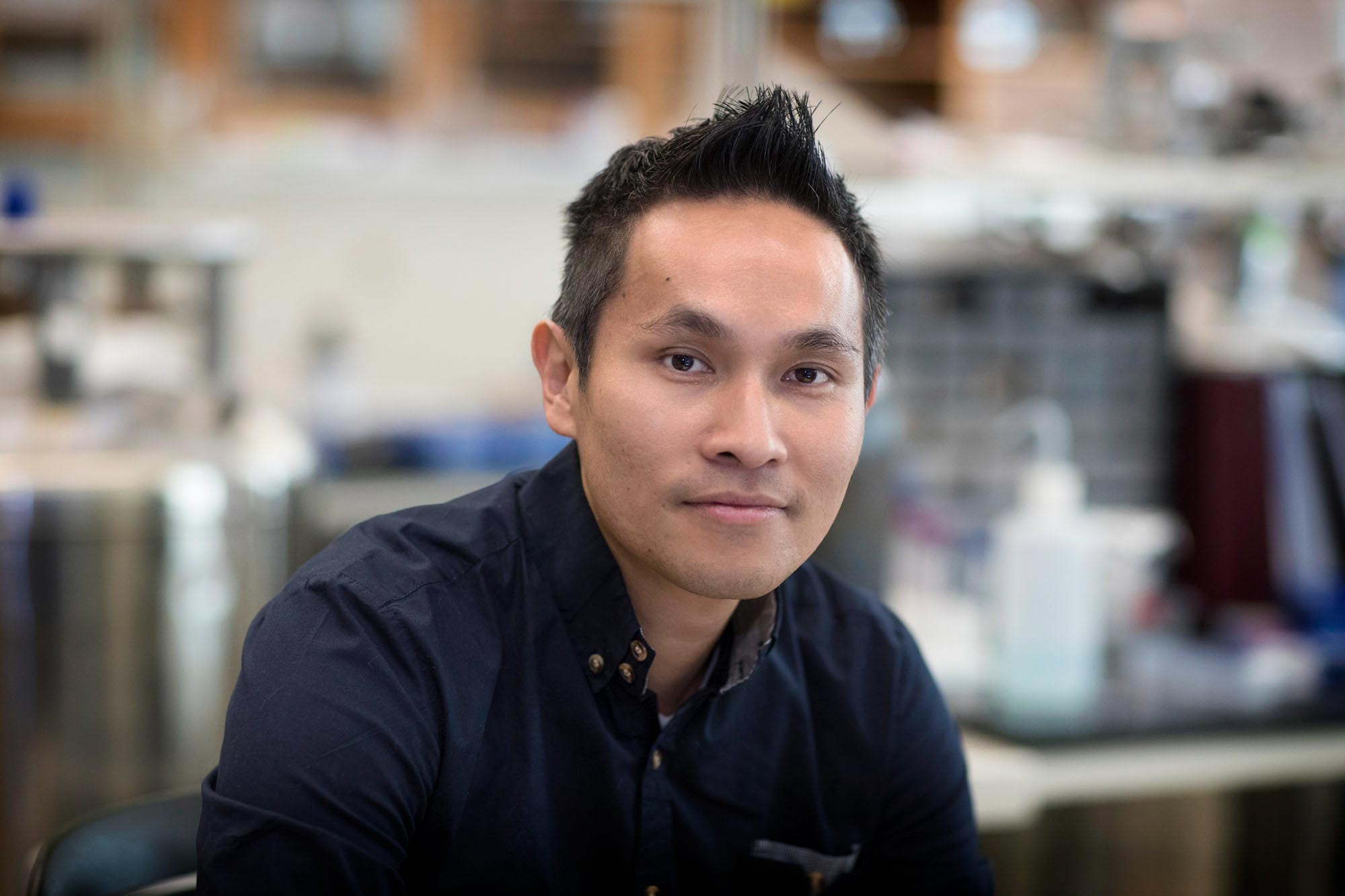 An estimated 1.7 million Americans suffer from substance abuse disorders related to opioid use for pain relief, according to the National Institute on Drug Abuse. This causes an economic burden of more than $78 billion per year in health care and addiction treatment costs, as well as loss of worker productivity and increased criminal activity. In 2017, more than 47,000 people died as a result of drug abuse involving opioids and related drugs.

As the problem amplifies, researchers are seeking non-addictive chronic pain treatment options that produce few or no negative side effects.

Ken Hsu, a chemistry professor at the University of Virginia, and his graduate student, Myungsun Shin, has identified an enzyme that “chews up fat” molecules to produce chemical signals that control inflammation.

The naturally occurring enzyme, called diacylglycerol lipase-beta, or DAGLb, is a possible new drug target for reducing pain. Hsu developed, during his postdoctoral training, selective molecules that inhibit DAGLb and reduce inflammation, similarly to aspirin and other non-steroidal anti-inflammatory drugs, or NSAIDS. However, unlike NSAIDs, DAGLb inhibitors can provide pain relief without gastrointestinal toxicity in preclinical models when used over a long term. And unlike opioids, DAGLb inhibitors do not exhibit addictive properties.

“This could be a new route to treating long-term inflammation and pain without the side effects of toxicity and risk of addiction observed with current treatment options,” Hsu said. “Generally, if we block inflammation, we also affect the immune response. But we’re suggesting a different approach, one where we can stop inflammation without impacting the normal immune response.”

Hsu’s findings were published today in the online edition of the journal Cell Chemical Biology.

According to Hsu, studies at UVA in collaboration with Virginia Commonwealth University demonstrate that DAGLb inhibitors are highly effective at reducing different pain states, including neuropathic pain and chemotherapy-induced peripheral neuropathy.

In the new study, the Hsu lab uncovered a new role for DAGLb in dendritic cells, a specialized type of innate immune cell that not only controls inflammation, but can also activate our body’s ability to fight infections by stimulating T cells, which produce an immune response.

“We found that by blocking DAGLb, we can stop inflammation without affecting immunity,” Hsu said. “This supports the idea that DAGLb is a viable target for long-term blockade of inflammation and pain without potentially compromising our immune system.”

Hsu’s research program is focused on using chemistry to find new ways to modulate the immune system, whether for fighting cancer, or, in this case, a better understanding of molecular pathways that can be targeted to reduce chronic inflammation and pain.

Graduate student Shin conducted the laboratory experiments for this study in collaboration with UVA pathology professor Timothy Bullock. The project is supported by the National Institute of Drug Abuse and the National Cancer Institute.

What’s the True Story of Brooks Hall? This Architectural Historian Has the Answer END_OF_DOCUMENT_TOKEN_TO_BE_REPLACED

At UVA, There Is a Club for Everyone END_OF_DOCUMENT_TOKEN_TO_BE_REPLACED