Class of 2015: Latvian Excursion Spurred Blackburn to Life of Serving Others 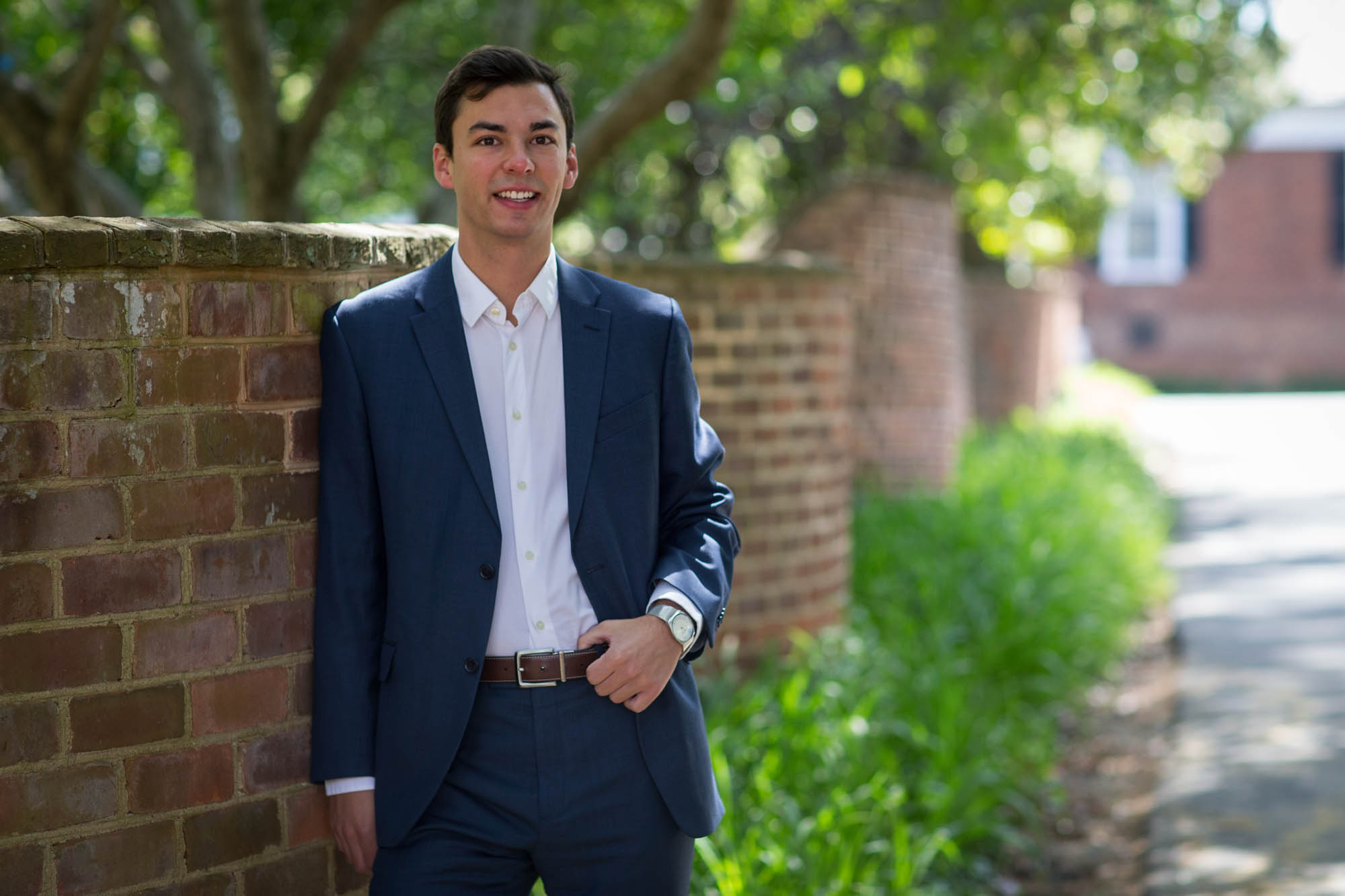 Zach Blackburn’s interest in public policy and his eventual decision to enroll in the University of Virginia’s Frank Batten School of Leadership and Public Policy all began with an unexpected family trip to Latvia.

When he was a teenager living in Ashland, Virginia, Blackburn’s family volunteered to help other members of their church with a special camp for underprivileged Latvian youth. The camp was brand-new and working with the children was an eye-opening experience for him; the family returned again and again.

Most of the campers came from social housing projects and had never had the opportunity to learn and interact in that type of supportive environment before. By working with them, Blackburn realized how much was lacking in the Latvian public policies dealing with children and adolescents.

“[The camp] sparked a real interest in international relations and doing development work, even though I didn’t really know what that meant back in high school,” Blackburn said. “So that’s why I wanted to study foreign affairs when I came to U.Va.”

This passion for helping children and young adults carried over to Blackburn’s Batten studies. He even had the opportunity to return to Latvia as a State Department intern during his third year as an undergraduate before continuing on to the Batten School to earn an accelerated masters, graduating twice in five years with a B.A. and a master’s degree in public policy.

While an intern, Blackburn spent time researching Latvia’s large network of orphanages and probed why the Latvian government is reluctant to build a stronger foster care program. At the time, their government did not acknowledge the importance of placing children inside the support system of a family.

“Some of the work I did was included in the human rights report that the State Department gave to Congress and I helped lobby for the inclusion of children’s rights as a key issue of concern for the U.S. government,” Blackburn said.

Blackburn proposed to help the State Department prepare and implement YALI Spaces throughout Africa. Each space is a physical learning center that engages the local community by offering leadership training and professional development to men and women between the ages of 25 and 35.

“I’m helping them think about what audience they should target, how they should target them and what programming they can offer to maximize their impact,” he said. Thanks to support from the Batten School, he was able to travel to South Africa to visit the first of these centers and meet with program users, as well as the staff running the YALI Space.

Though Blackburn has worked hard on international outreach, he has not neglected the  local community. When he and classmate Minahil Amin decided they wanted to experiment with the “design thinking” process, they founded Tandem, a student-run consulting firm that employs the user-based planning approach to provide innovation-consulting services for Charlottesville-area non-profit groups.

“Design thinking is a methodology for solving problems by using a framework that’s more human-centered and tries to bring in the user in every step of the process,” Blackburn said.

Blackburn and Amin held bi-weekly Tandem meetings with other students to practice design thinking, bringing in speakers and sometimes teaching the concepts themselves. On alternate weeks, they would take what they learned and use it to help the Jefferson Area Board for Aging, Albemarle County Public Schools, the City of Charlottesville’s Child Care Project and the PACEM homeless shelter program.

Tandem’s commitment to action allowed Blackburn to apply for and partake in the Clinton Global Initiative University in both 2014 and 2015. There, he was able to exchange ideas with other young leaders, interact with global thought leaders like Susan Davis, and listen to speeches by innovators from around the globe.

“Zach has been a true ambassador all around the world for U.Va.,” said Jill Rockwell, the  Batten School’s senior assistant dean for student and career services.

She cited numerous times that Blackburn has represented the University on the global stage, including Yale’s 2015 European Student Conference and the Network of Schools of Public Policy, Affairs, and Administration Student Simulation Competition. Some of Blackburn’s proposals from the European Student Conference were featured in Bloomberg Businessweek, and his NASPAA team went on to win the regional and national competition with their proposed overhaul of the health care system to lower costs, increase access and improve outcomes.

“Zach is the really special combination of both passion for the policy issues he cares about and the analytic skills to address them very well,” said Chloe Gibbs, an assistant professor of public policy and education,who has seen Blackburn’s problem-solving skills in action in three of her Batten courses.

Blackburn has made further international discovery a priority in his academic career. As an undergraduate, he spent time studying abroad in Barcelona and Lyon, France, and is now fluent in French and Spanish.

Wynne Stuart, a French lecturer and associate provost who taught Blackburn two years ago and has remained a close personal mentor ever since, said his commitment to expanding his experiences has led him to success.

“Zach is a person who has never waited for opportunities to come to him,” Stuart said. “He seeks out opportunities and how to make them the broadest and deepest he can.”

For Blackburn, each experience has helped to shape him, but his time in the Batten School has best prepared him for his next step.

“I think Batten has enabled me to think beyond just finding a career that makes a good salary and positions me for personal success,” he said. “It’s given me this plethora of opportunities so that I can choose a job from the very beginning where I really feel like I’m being fulfilled and making a difference in the world.”

In a continuation of his commitment to national and international service, Blackburn has been named a Presidential Management Fellow and plans to accept a posting with either the Department of State or the Department of Labor. He has also accepted a position as a consultant with Deloitte’s Federal Strategy and Operations Practice and plans to defer his start with Deloitte to complete the two-year Presidential Management Fellowship.