Class of 2017: Kimia Nikseresht Finds Home Wherever Her Heart Is 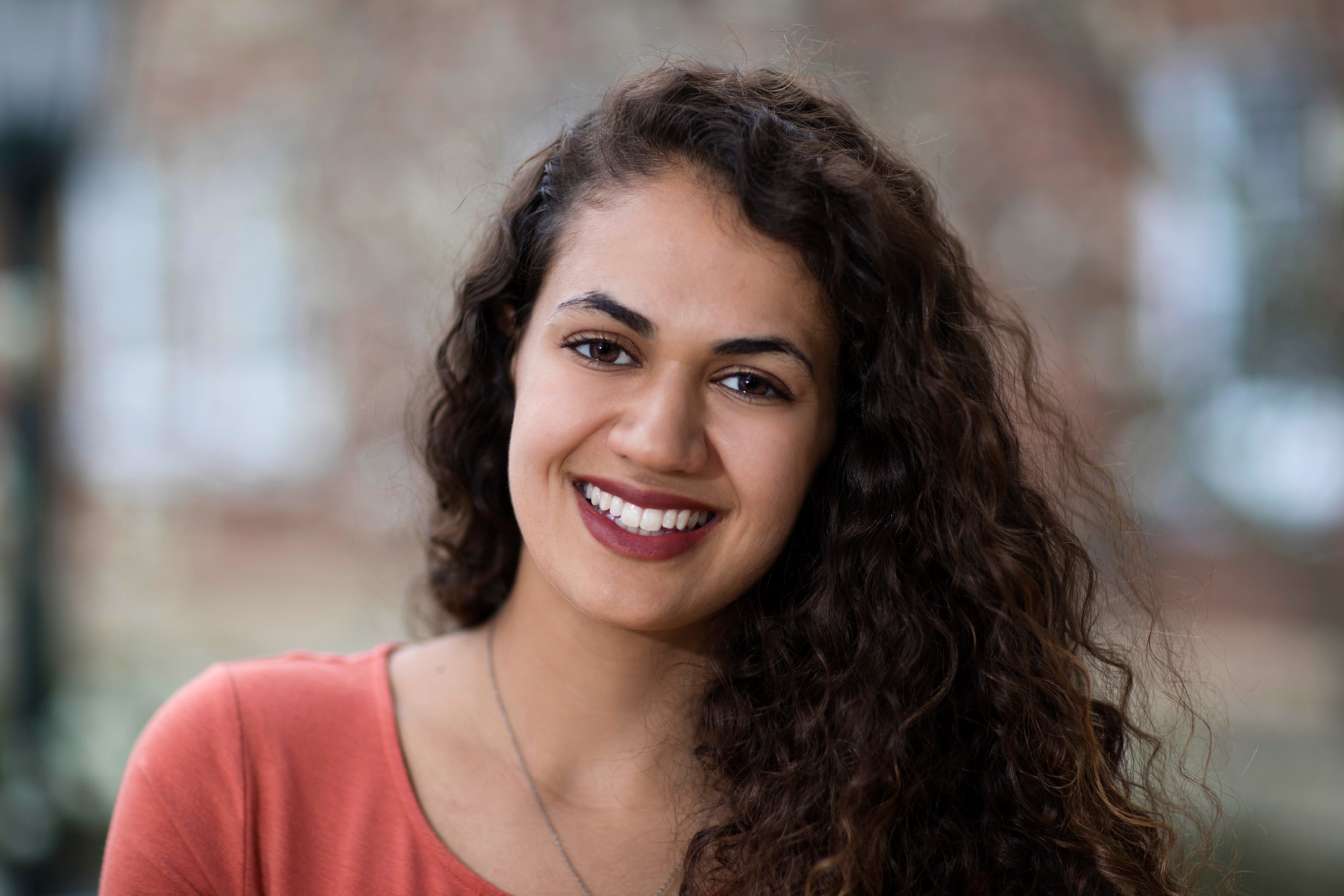 After leaving Iran at age 10, Kimia Nikseresht has found a sense of home in New Hampshire, Spain and especially UVA. (Photo by Dan Addison, University Communications)

Learning new customs, languages and ways of relating to people has been a feature of Kimia Nikseresht’s life since she was 10 and her family left Shiraz, Iran for chilly Bedford, New Hampshire. Then she came south to the University of Virginia.

It wasn’t until she spent last spring semester abroad in Valencia, Spain, however, that she fully understood that “home is not a place,” she said.

In other words, you can make your home wherever you are.

Nikseresht, who double-majored in sociology and Spanish, has made UVA her home by embracing a variety of activities, from working in the football recruiting office to serving as assistant editor of Iris magazine at the Maxine Platzer Lynn Women’s Center to interning for UVA President Teresa A. Sullivan. A dual citizen, she has continued to celebrate her Iranian background by participating in UVA’s Persian Cultural Society and Middle Eastern Leadership Council. She also joined Theta Nu Xi Multicultural Sorority, which emphasizes diversity in its membership.

Majoring in sociology, she acquired “the tools to explore and better understand the social phenomena that have so personally impacted my personal, academic and professional life,” she said, calling the department “exceptional.”

One of her teachers, associate professor of sociology Sarah Corse, said Nikseresht showed not only an enthusiasm for learning, but also “the attempt to understand and explain social patterns and a broader interest in tying academic materials to everyday life.”

“Her passion translates outside of the classroom to her engagement with the UVA community and her commitment to leaving UVA a better place than she found it,” Corse said.

Nikseresht applied her academic tools “to give back to the University,” especially through the presidential internship.

“To have lunch with President Sullivan, who asked ‘What are your thoughts?’ about different issues, that was unparalleled,” Nikseresht said. She attended Board of Visitors meetings, as well as those of other committees. She appreciated seeing how things are planned and building personal relationships with those who are running the University, she said.

“Both of the interns who served in the President’s Office this spring – Kimia and Minh Bui – have made valuable contributions, and we are grateful for their service,” Sullivan said. “Kimia’s study of UVA’s new Multicultural Student Center provided significant insight as we build the center’s programs.”

For the research project required as part of her internship, she wrote an assessment of the Multicultural Student Center, a multipurpose, collaborative space for students of all cultural backgrounds that opened last year in Newcomb Hall.

“The space is an important milestone in the narrative with which we define UVA’s relationship with multicultural and traditionally marginalized people,” Nikseresht wrote in summary. She recommends that the University continue to support and develop it with programming, staff and resources.

Her work at the Women’s Center enabled her to explore multiculturalism in terms of “intersectionality,” she said – not as an abstract concept, but as a way to understand her own position as well as the positions of others. Intersectionality takes into account how overlapping identities – which can include gender, race, class, ethnicity, religion and/or sexual orientation – impact the way different people experience oppression and discrimination.

Nikseresht had focused more on the Muslim and first-generation immigrant parts of her identity, in addition to being Iranian-American. As assistant editor of Iris magazine, she wrote, edited and read a lot about women’s roles and experiences. That expanded her awareness of the need for gender inclusiveness and fairness, she said.

“I’m passionate about the Women’s Center because I know firsthand that it plays a powerful role in changing our experience as students for the better,” she said in an interview with Alison Kuhn, who works there as communications coordinator. “The resources they extend to students, along with the truly compassionate staff, make the Women’s Center one of the most supportive, peaceful spaces on Grounds.

“I am personally beyond grateful for this home away from home, and for all the ways that the Women’s Center has helped me stay focused, stay positive and stay on track to achieving my goals and ambitions.”

Nikseresht also found “incredible mentors and opportunities that will last a lifetime,” she said, working part-time for three years in the football office with recruiting, even though she hadn’t previously been a big fan of the sport. She was impressed with the quality of everyone’s character in the program, she said. Even when talking with some of the top recruits in the nation, she could see them as the same nervous teens wanting to go to college as she had been.

Assistant recruiting coordinator Blanda Wolfe said, “Her dedication to the program, innovative ideas and outgoing personality will be missed in the office next year.

“She will be very successful in her profession,” he predicted. “We look forward to seeing what the future has in store for her.”

After Nikseresht graduates May 20, she plans to take her passion, knowledge and skills to a career in immigration law. She’ll attend George Mason University’s Antonin Scalia Law School in the fall.

How a Single Email Changed a Life END_OF_DOCUMENT_TOKEN_TO_BE_REPLACED

Fall Is in the Air on Grounds END_OF_DOCUMENT_TOKEN_TO_BE_REPLACED

At UVA, There Is a Club for Everyone END_OF_DOCUMENT_TOKEN_TO_BE_REPLACED