Class of 2018: Playwright Micah Watson Found the Stage She Needed at UVA 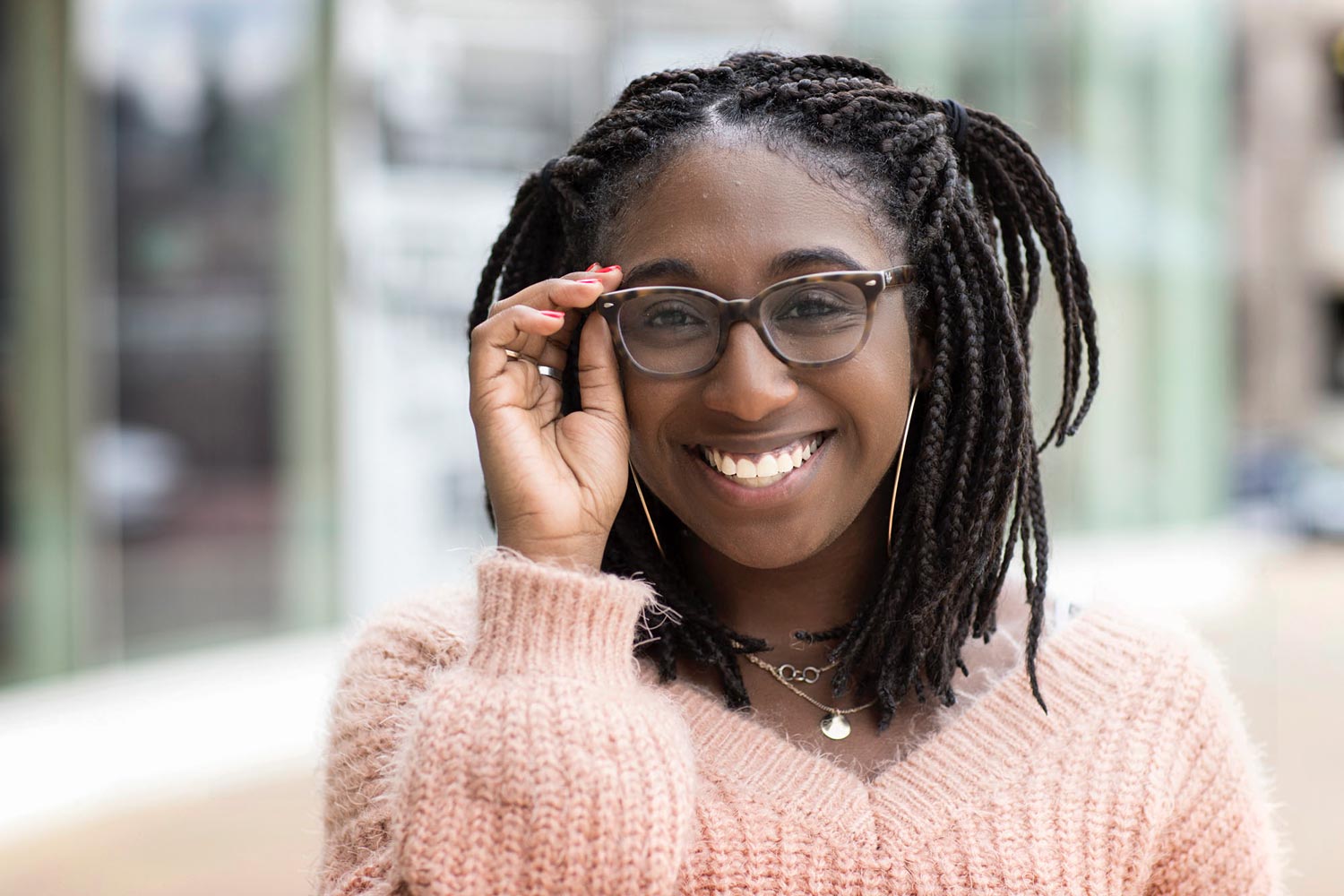 Micah Watson has a gift for bringing powerful stories to life, on stage and on screen.

The fourth-year University of Virginia student, aspiring playwright and Lawn resident did not even wait until graduation to win her first major award. In March, she won the Kennedy Center Undergraduate Playwriting Award for her original play, “Canaan.”

After graduation, she plans to pursue a Master of Fine Arts degree in dramatic writing at New York University and – hopefully – launch her professional writing career in earnest.

“Before I came to UVA, I thought I would be writing my own pieces at like 30 or 40,” she said. “Now, I am seeing so many young artists and artists of color really making their moves and I’m thinking, ‘Why can’t that be me?’”

It certainly can be, film professor Kevin Everson said. He has taught Watson in several classes and mentored her as a filmmaker.

“Micah is super-talented, and she works very hard and puts in the time,” Everson said. “It’s wonderful not only to see her work, but to see how her peers act around her. She leads by example and through hard work, and other students both support that and want to do it themselves.”

Watson, who is from Wichita, Kansas, began writing plays in high school after several years of acting in nearly every play and musical her school staged. However, she really hit her stride at UVA, where she has written numerous scripts for both plays and short films.

“I dabbled in writing before. It was something I wanted to do, but I didn’t really have the platform to do it,” she said. “I did not really become invested in it until I got here.”

Watson attributes her growth as a writer to her African-American studies classes and her growing confidence in her own identity.

Many of Watson’s plays zero in on the experiences and emotions of African-American characters in the midst of headline-grabbing events. “Canaan” – the play that earned her recognition from the Kennedy Center – is a coming-of-age story about a teenager and his Washington, D.C. neighborhood during the Civil Rights Movement in 1968.

“I like to find connections between current events and history,” she said. “A lot of my stories focus less on the major headlines and more on the people around the headlines – people you would not normally see in the news.”

For example, “Wake Up Music” stars the younger siblings and friends of an African-American teenager killed by police. Watson wrote that play the summer before her third year, after the shootings of Terence Crutcher, Keith Lamont Scott and Alton Sterling, and premiered it in the drama department’s New Works Festival last year.

“When a tragedy like that happens, I am not talking to the people in the news – I am talking to my friends and my family members,” she said. “I like to show how other people process something like that.”

Watson also directed “The Black Monologues,” a theater production exploring and sharing the experiences of African-American students at UVA. She led the writing, directing and design process for the show and recruited her fellow classmates as actors, designers and technicians.

After national white supremacist groups demonstrated at UVA and in Charlottesville on Aug. 11 and 12, she has noticed increased interest in art that takes on challenging topics like race in America.

“People have wanted to pay attention more; they are really looking for art that says something,” she said. “I don’t think the climate itself at UVA has changed that much, as far as racial incidences and racial history. … That has always been there. People are hungry for art that takes that on.”

Claudrena Harold, a professor of African-American and African studies and history, said Watson’s work has had a tremendous impact on her fellow students.

“She has been at the forefront of really transforming the artistic community at the University and making it more inclusive,” Harold said. “I see more African-American students getting involved in art, drama and film, and some of that can be attributed to Micah.

“Her work ethic and her intellectual breadth is inspiring, and her work forces us to think about the connections between art, spirituality, faith and politics in new and exciting ways,” Harold said.

To stay grounded and hopeful while taking on such challenging topics, Watson relies on her faith and the community she has found in OneWay InterVarsity Christian Fellowship at UVA, a ministry group focused on African-American students and faculty. She served as president this year.

“That has been my rock and the place where I feel most grounded at UVA,” said Watson, whose parents pastor a church in Kansas. “I attribute a lot of what I have been able to do in the art world to the ways I have grown in this ministry.”

In particular, she said, the group has helped her to combine her interests in faith, art and social activism.

“I have loved finding the ways that my faith intersects with art and social justice,” she said. “Before I came to UVA, all of those different identities – being a Christian, being a black woman, being an artist – felt kind of separate. Since I have been in OneWay, I have been able to fuse those things. I feel like a more complete person.”

That confidence in her own identity should serve Watson well wherever she goes next, and whatever stories she decides to tell. Right now, she is hoping she does not have to choose between stage and screen.

“I always say that film is my dream, but theater is my heart,” she said. “I can’t imagine myself not doing either. My goal is to do both.”

The bigger goal, though, is making an impact on audiences with her stories.

“I want to be writing, I want to be making art that is super important,” she said. “My goal is to keep grinding and write something that people will see, whether on stage or on the screen.”

Everson has no doubt she will achieve that goal.

“She’s amazingly talented,” he said. “We’ll miss her here, but the art world will gain from our loss soon enough.”