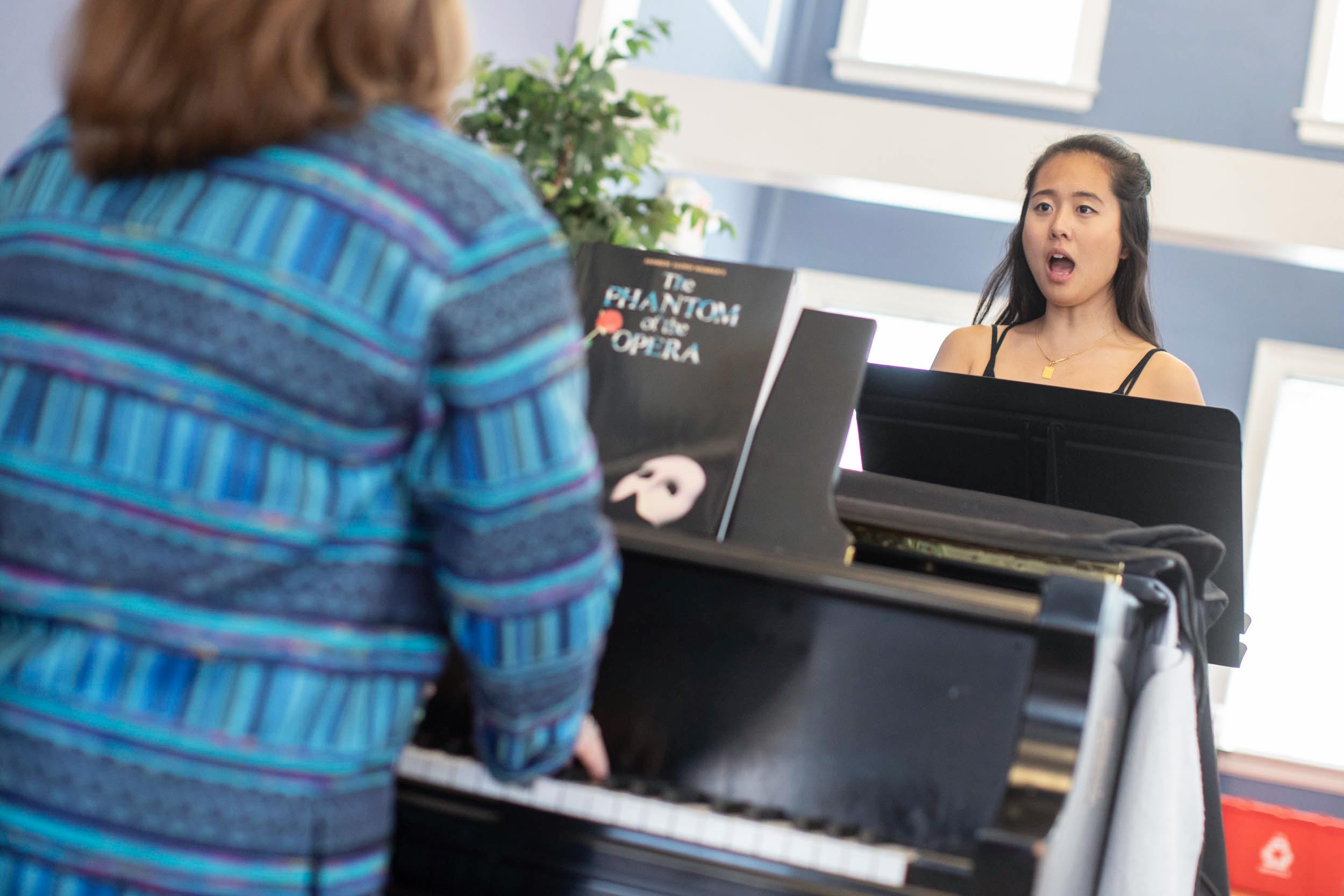 Marcha Kiatrungrit prepares for a singing recital. Sound is a common thread that runs through many of her University of Virginia experiences. (Photos by Sanjay Suchak, University Communications)

Marcha Kiatrungrit has a three-pronged approach toward living life to its fullest: persistence in everything she does, a willingness to always try something new, and determination to never over-think what she does.

It has served her well. The soon-to-be University of Virginia graduate has pursued many passions, including music, sound engineering and acting. Later this month, she will graduate with degrees in engineering science (including minors in computer science and astronomy) and music.

And what will she do with those degrees?

What makes her happy is art; creativity, and the freedom to go wherever her heart, talents, training and intellect take her.

“Not knowing what I’m doing allows me to do different things and find out what I want to do,” she said. “I seek opportunities, and I learn from them. The best things in life can fall into your lap.”

Kiatrungrit has a background in stage performance – specifically, opera and dance – and applies her love of sound, whether voice, natural or synthetic, to almost everything she does. During her four years at UVA, she has been deeply involved in the club figure skating team; in addition to competing and coaching the 30-member club and serving as its president, she cuts music and handles choreography (and also handles executive tasks, including finance, team-building and competition planning).

Last summer, she did an internship at Technicolor in Los Angeles doing post-production sound engineering. She got a close and detailed behind-the-scenes look at how films are made after the shooting has stopped. She found the process fascinating and the work stimulating, and enjoyed working with audio engineers, composers, producers and directors. 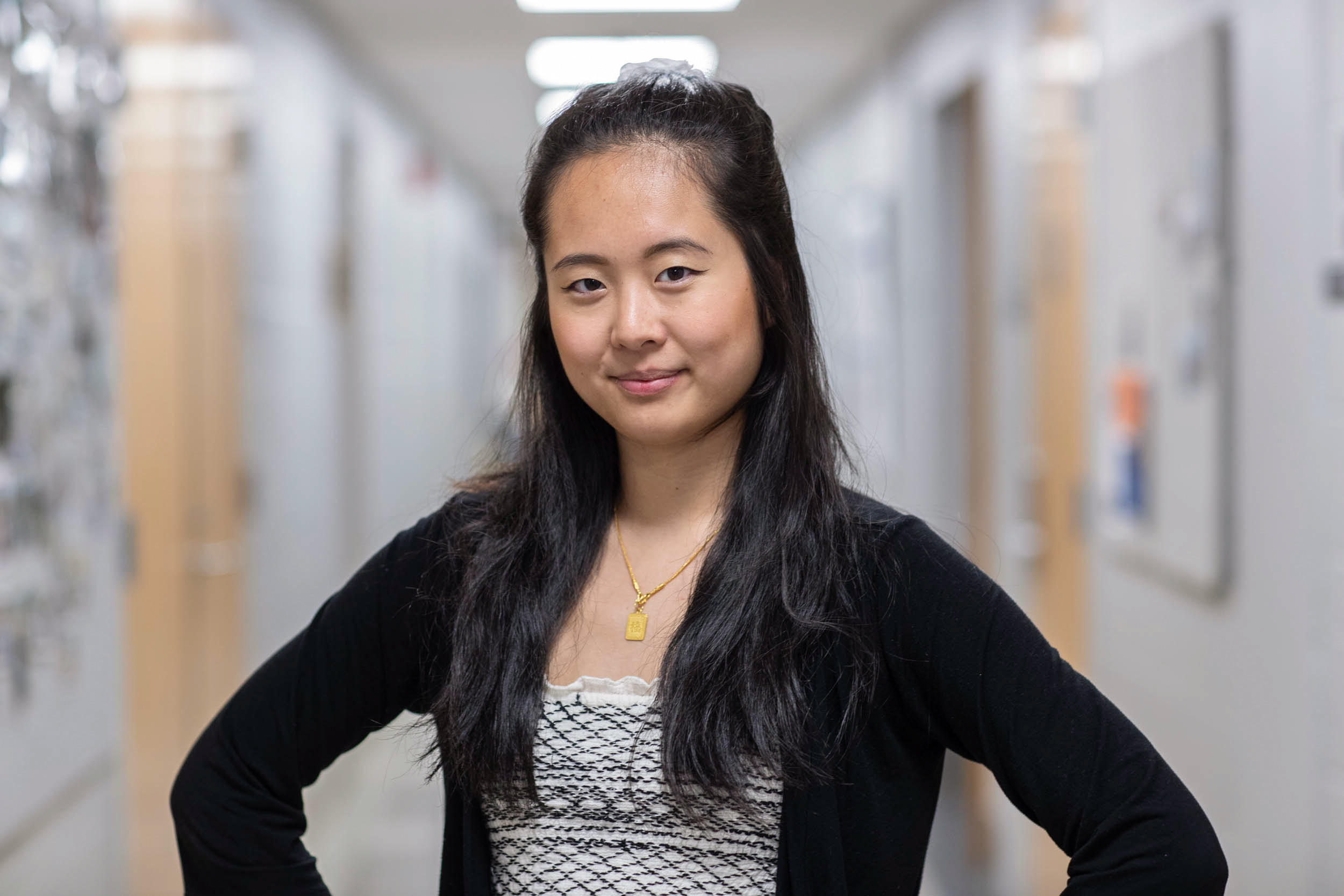 Marcha Kiatrungrit will earn her degree this month in engineering science.

“So much of art is technology,” she said, “and technology is art. Engineering can actually be so creative when it’s integrated with art.”

Kiatrungrit also interned last summer as an assistant audio engineer at the Library of Congress. There she digitized audio files, handled preservation material and ran a conference on audio archiving, restoration and preservation.

This semester, Kiatrungrit is teaching a one-credit music engineering course, focused not only on techniques, but also on examining creative career paths for engineers in media production.

“There are many opportunities for engineers in the entertainment industry, from coding and animation to sound and music editing,” she said. 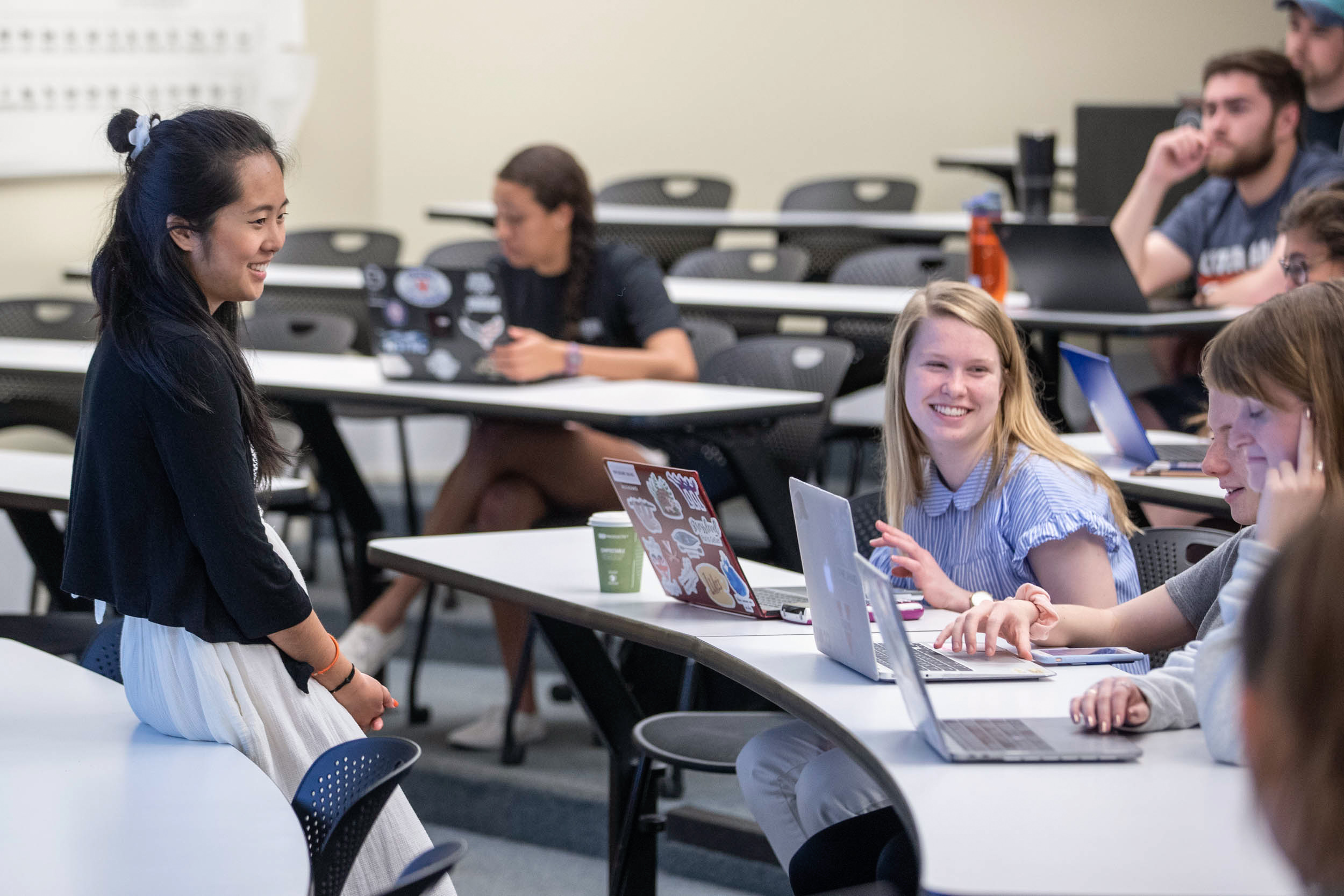 As an engineering science major, Kiatrungrit has been free to chart her own path. The major is interdisciplinary, allowing students two minors in different departments. This flexibility is an attractant to Kiatrungrit, who seeks breadth and depth and to keep pace with the rapid changes occurring in emerging areas of technology.

“[Kiatrungrit’s] academic pursuits are the very definition of interdisciplinary education,” Claire Culver, an undergraduate student adviser in the engineering science program, said. “She has used the engineering science degree program to allow her to explore her interests in film and sound technology. She is thoughtful about her academic experience and has embraced the many options available at UVA. She intentionally tailored a program that suited her unique interests.”

Originally Kiatrungrit wanted to be an astronaut or an astronomer, which explains her astronomy minor.

“I love the stars, the universe,” she said. “It calms me, and keeps me going. When I look at the stars, I know I’m part of something big and beautiful.”

“While Marcha has a radiant smile and bubbly personality, it was fascinating to watch her transform into Marcy Park, a no-nonsense, six-language-speaking character who never smiles and has no sense of humor,” Greg Harris, music director and lecturer in the drama department, said. 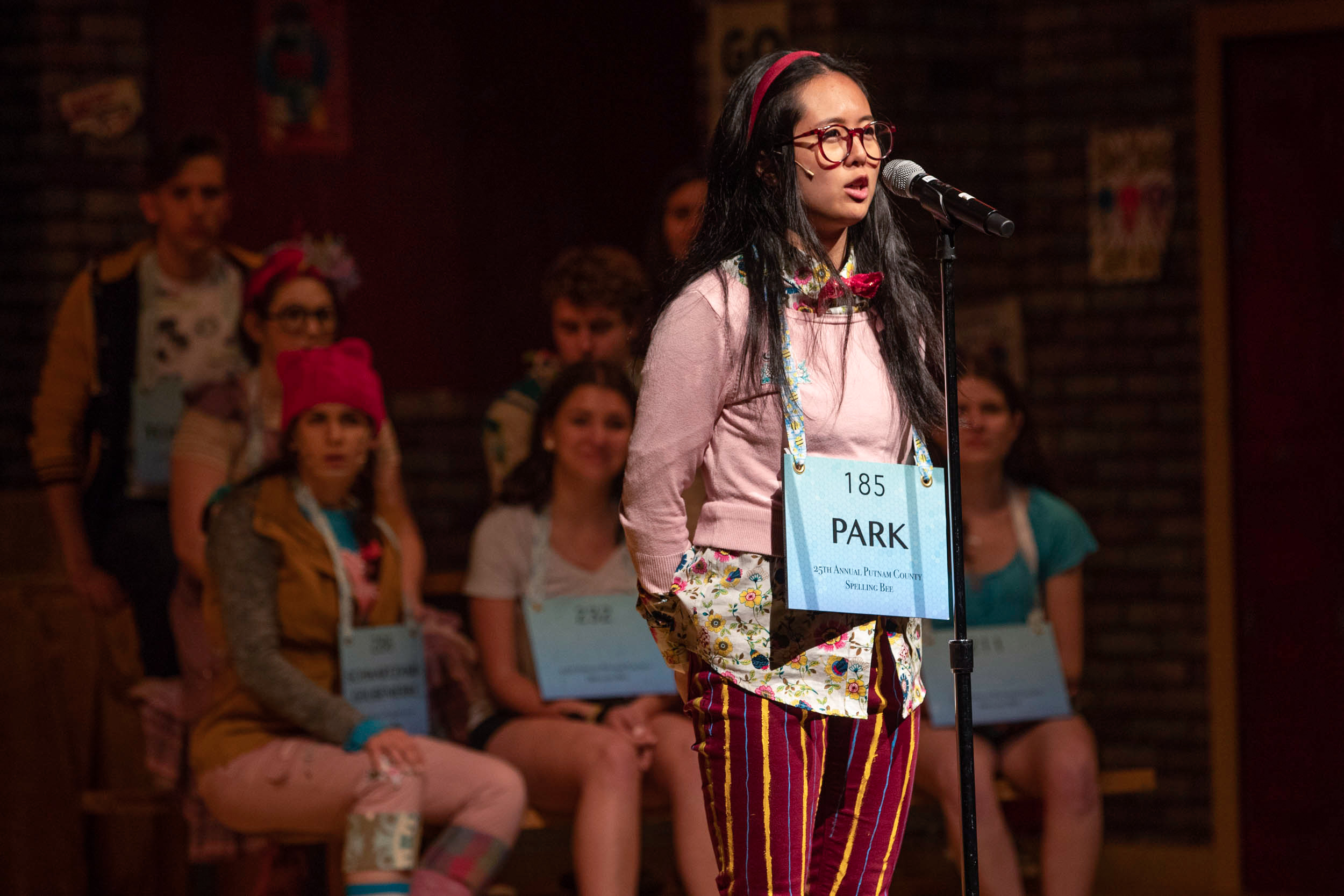 Marcha Kiatrungrit rehearses for her role as Marcy Park in the drama department’s production of “The 25th Annual Putnam County Spelling Bee.”

He noted that Kiatrungrit also sang some very difficult music in the part of Marcy and executed demanding choreography.

“Marcha has definitely found her voice in musical theater, and I hope she continues to sing and connect with both characters and audiences as she moves on to the next step in her life,” Harris said.

As to where Kiatrungrit is going next? First, she plans to spend the summer in Asia visiting family (her father is from Thailand, her mother from Japan).

“There are so many open doors,” she said. “I can see myself going back to Hollywood and working again with Technicolor. I might eventually go back to school in performance. I’ll continue to integrate music with technology.

“I’m not worried about the future. I’m both lost and excited. I’ll keep trying new things and I’ll be persistent. I’m not going to over-think this.”