Class of 2020: Adventuresome Grad Adjusts to Not Quite Business as Usual 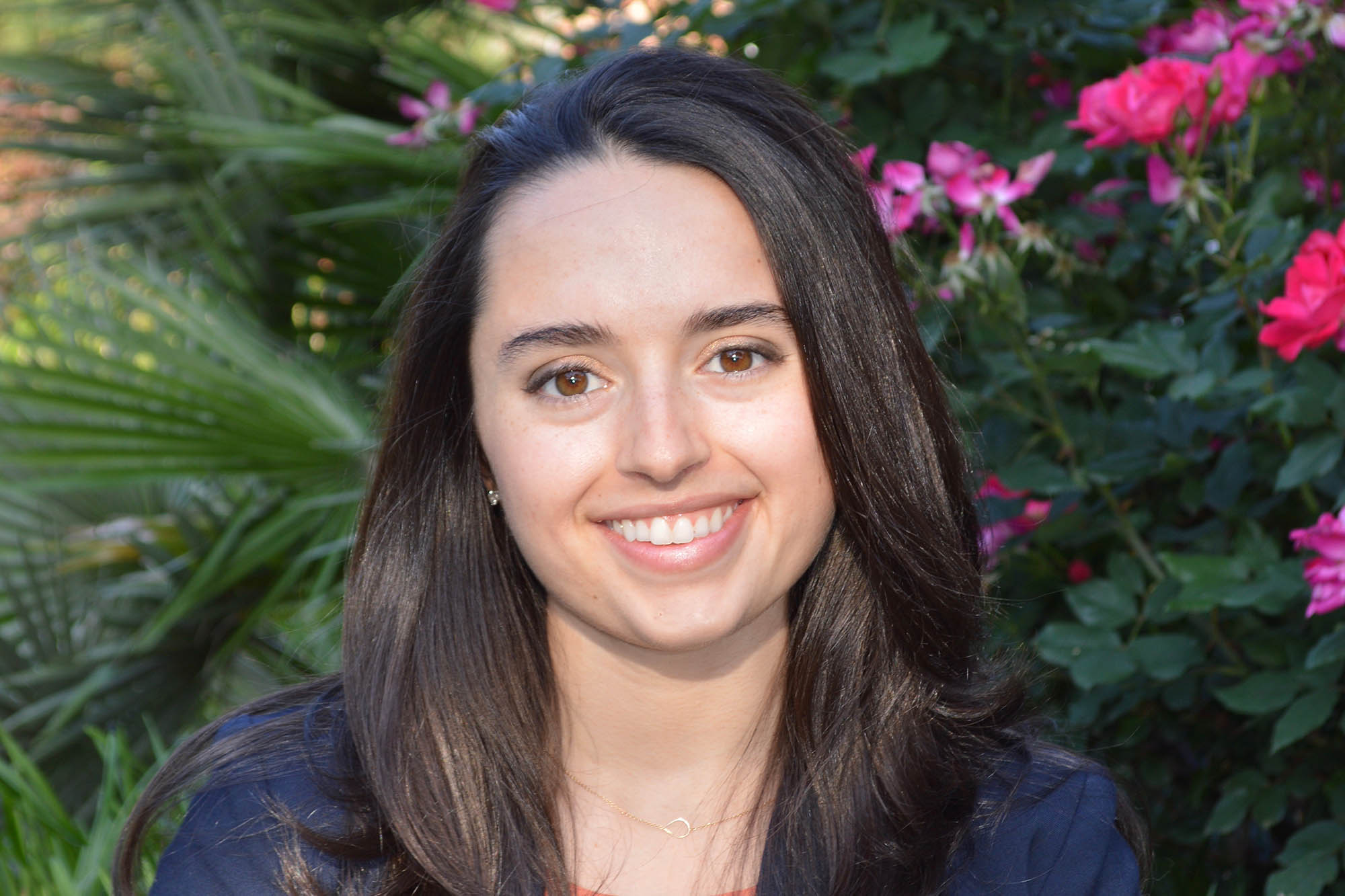 Victoria Robertson graduates with a double major in finance in the Commerce School and economics in the College of Arts &amp; Sciences, with a minor in Spanish. (Photo by Kiran Robertson)

Her summer plans of traveling to Southeast Asia have been put on hold, but Victoria Robertson said her wanderlust will last forever.

It all started just a year ago with Madrid. The graduating University of Virginia student said she fell in love with travel last spring, thanks to a semester-abroad program offered through the McIntire School of Commerce and IE University, which gave her time to visit a lot of places in Europe with friends. She went to places that she had only seen before on postcards, she said.

Robertson just completed a double major in finance in the Commerce School and economics in the College of Arts & Sciences, with a minor in Spanish.

Spending the quarantine with her family in Dallas, where she was born and raised, Robertson said in a video interview that she is adjusting her goals. As far as she knows, she’ll still enter the workforce at the end of August, starting a new job with Alpine Investors, a San Francisco private equity firm.

“We’re being optimistic that the world will look better then,” Robertson said. She knows the job could get pushed further into the future or start virtually.

After she finishes this final semester, because she’ll be “swimming in free time,” she is going to spend some of it running. “As of now, I’m planning to run the Charlottesville and Berkeley half-marathons in the fall of 2020,” she said, “and if training goes well, run either the California International Marathon or the Austin Marathon.

“It helps to have a goal when everything is really scary,” she said. It’ll give her something to focus on.

She and some friends have decided to convene a virtual book club when school’s over, via videoconferencing.

Spending time with family and friends virtually, including UVA peers who live all over the place, has turned into weekly catch-ups on the computer that sometimes coincide with happy hour, and she’s been able to go outside to meet with friends in Dallas, keeping social distance, she said.

She’s also felt encouraged to take up other hobbies she has enjoyed – sketching friends from photos and sending them to people, for instance.

“I loved going to the McIntire School of Commerce and leaving it every day feeling inspired.”

Robertson attributes her close college friendships to the McIntire School, which has “a unique environment,” she said. “The students form a tight-knit group. They’re intellectually curious – some of the smartest people I’ve come across – and hardworking and humble.”

She said she loved going to school there every day and leaving it feeling inspired. When she took high school economics, it showed her how the world worked, she said, so she knew when going to UVA that she wanted to study economics and business.

“What largely cemented it was having the opportunity to shadow several of the partners at a special situations private equity firm in Dallas called Renovo Capital,” she said. “That was what first introduced me to the field of private equity, and I remember loving the idea of a job where no two days were the same, you get to combine creative or strategic thinking with finance, and you can help entrepreneurs or family businesses see the returns on their hard work.”

Robertson was able to work part-time with other firms during college and put what she learned about venture capital into practice. She worked for a Chicago-based firm sourcing startups from a wide variety of industries during the 2016-17 school year, and then with a private equity firm in California during the fall of 2017.

Even before being accepted into McIntire, she joined the Virginia Venture Fund, a student-run organization in which the students learn about venture capital and private equity firms. The students also take on a semesterlong externship project on a topic such as due diligence, market research or start-up evaluation. Being only one of two women in the group, she made it a goal to bring in more female representation.

As an executive member and then last year as president of this student group, she organized the National Undergraduate Venture Cup, which she described as “a venture capital case competition where schools from around the nation compete as mock venture capital funds and choose one startup to invest in.” Over four years, the competition has grown from three or four schools attending to a cap of six schools, with more than 10 universities interested, she said.

One of her favorite courses, Commerce professor David Smith’s “Valuation and Restructuring,” focused on corporate credit and the restructuring of financially distressed firms, primarily through group cases and projects. She ended up devoting her capstone project to the same topic.

“One of the unique aspects of the class is that Professor Smith brings in industry professionals whose firms were players in the cases we studied to talk about the restructuring or investment process, how they developed their thesis, what decisions they had to make, etc.,” Robertson said. “It’s a great opportunity to learn from investors who are doing this day-to-day and who have really unique insights into the space.”

Smith said Robertson is an amazing student and an absolute pleasure to have in class. “She has the mind of a deeply perceptive investor, coupled with a curiosity and motivation that drives her to learn new things during each class.”

Robertson sought to make the most of her UVA experience, to be well-rounded in academics and outside the classroom. One way she channeled that was by joining the University Guide Service in her first year. “It was so welcoming and inclusive with people from different backgrounds and places,” she said.

She said it’s also a great social organization, where people make lifelong friends. Even away from Grounds, they continued “big guiding” – that’s where the experienced guides give feedback to the new guides about where to make tour stops; on the mechanics of public speaking, such as looking people in the eye and what you do with your hands; and thinking about what kind of details and topics are good for tourists or more appropriate for prospective students.

“People really like passing down what they’ve learned,” she said.

Robertson has been continuously impressed to see what her peers put into their studies and what they want to contribute to the workforce, saying, “Their visions of personal and professional success include well-balanced lives – how they want to fulfill them, and give back to the community and exercise their skills.”