Class of 2020: How a First-Generation Law Student Found Her Path 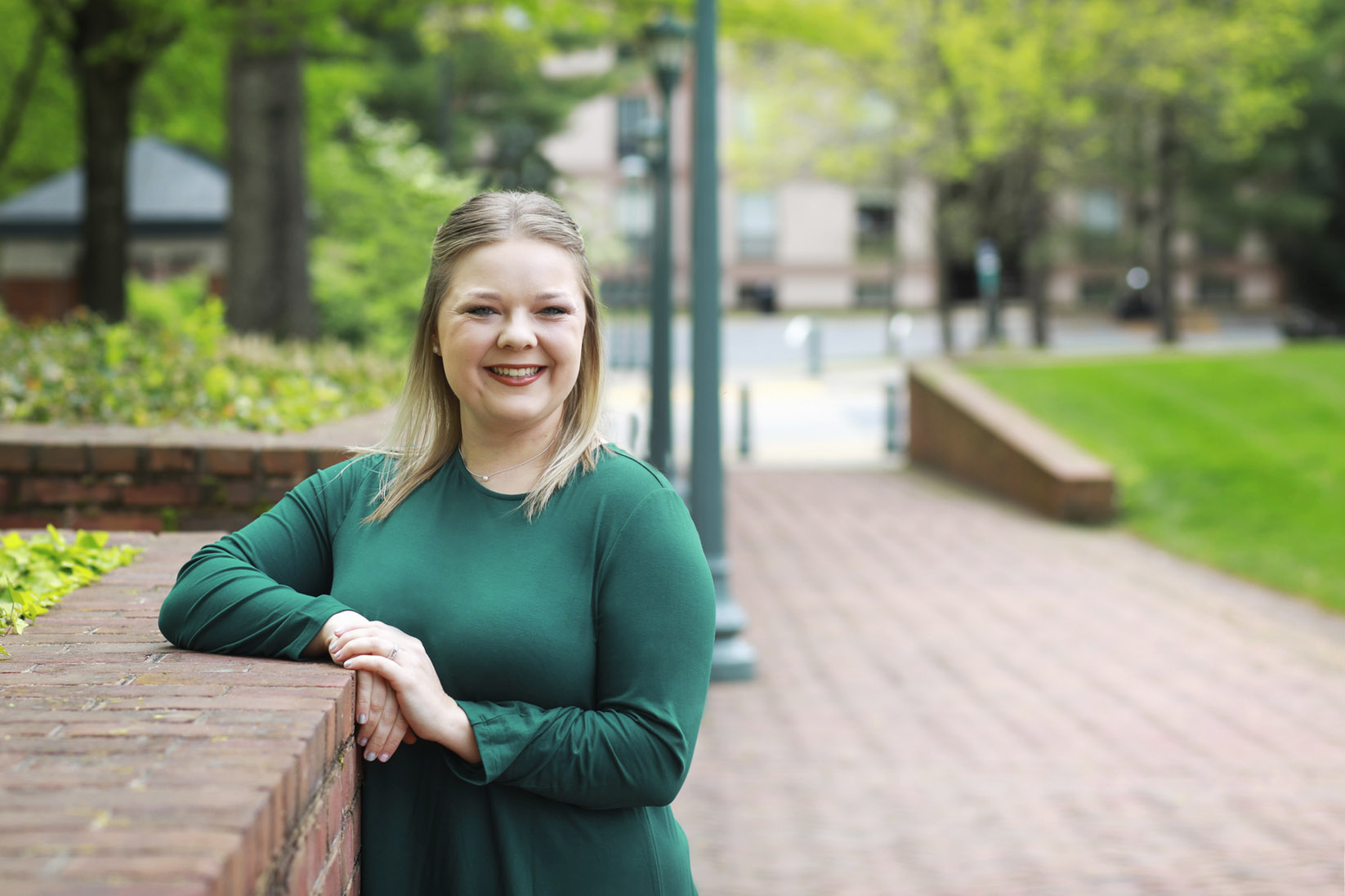 Rising from a small town with a population of just over 1,000 residents to a prosecutor’s office serving 1.5 million wasn’t a simple matter for Brooke Swann, who graduated Saturday from the University of Virginia School of Law.

Swann is the first person in her immediate family to go to a professional school and move on from her native Ecru, Mississippi. (Her hometown’s name, inspired by the color of its first train depot, means “raw” or “unbleached” in French.)

Most people raised in Ecru stay and work for Ashley Furniture, the largest upholstered furniture plant in the world, or the nearby Toyota factory, or they enlist as teachers in the county school system, as her mother and older sister did upon attaining their undergraduate degrees. Most people who pursue education after high school do so at the local community college.

Those are all fine routes, Swann said, but she had other plans.

“I’m a first-gen professional,” she said of her legal training. “It was a transition. While my family wants to help me the best as they can, they had zero idea about law school.”

She even worried about her accent.

“People at home say I don’t have an accent anymore, but to people here at UVA, I still have the Southern accent,” she said. “I’m from a teeny, tiny town in the middle of nowhere, and I felt I was really out of place.”

“Softball is really where I came into my own. I honestly don’t think I would have made it through my first year of law school if I hadn’t played.”

As a fellow in the Program in Law and Public Service, Swann would go on to be involved with numerous student activities over her three years: the Innocence Project Pro Bono Clinic, the Philip C. Jessup International Law Moot Court Competition and the Virginia Journal of Criminal Law, among others.

But what settled her mind that first year was her involvement in the North Grounds Softball League. Her participation in NGSL, an extracurricular student organization, made her feel like the playing field had been leveled.

Swann had played softball in high school, so the game added a much-needed sense of familiarity and community when she and classmates in her small section formed a team.

“I felt included,” she said. “Softball is really where I came into my own. I honestly don’t think I would have made it through 1L [her first year of law school] if I hadn’t played.”

Most students don’t play well when they first hit the softball field; either they’re lacking in fundamentals or rusty like Swann was. The emphasis, though, is more about having fun than winning.

“It’s a total mood-booster,” she said. “Everyone can go hang out and bond. It’s so much fun to see people who come as 1Ls that have never swung a bat before learn, and become good, by the time they’re 3Ls. Even for people who just come to watch and cheer, it’s always nice to be outside enjoying each other’s company.”

Another of Swann’s favorite law school activities has been serving as a peer adviser to first-year law students during her second and third years. It’s been a way for her to help others who may not feel they belong.

“Being a peer adviser has been great and so rewarding, especially mentoring students with similar backgrounds as me,” she said.

She also praised Virginia Law First-Generation Professionals, a new support group she was involved in that helps students identify resources and make connections in ways that may not be obvious to those whose parents didn’t take the same path.

In the fall, she will join the Philadelphia District Attorney’s Office as a prosecutor.

“Prosecution is one of those things that has different philosophies,” Swann said. “Philadelphia is an office that you think of for progressive prosecution and criminal justice reform on the prosecution side. I really connected with them [at the interview], and I got an offer a few days later.”

Annie Kim, assistant dean for public service and director of the Mortimer Caplin Public Service Center at UVA Law, said Swann has the heart of an enduring public servant, and is someone she admires.

“I’m confident that, over the course of her career, Brooke will find many ingenious ways to serve the public interest, just as she has during law school,” Kim said. “Whether she’s writing a motion to represent a client in the Innocence Project or working with a victim in the Prosecution Clinic, Brooke always brings her incredibly generous, hopeful, energetic spirit with her.

“Like Brooke, I’m a first-generation professional in my family, and I’m in awe of her confidence and courage. She will be there for her clients and her colleagues as a public service lawyer with the same friendship and positivity she’s shown to her classmates at UVA Law.”

Swann said she doesn’t have any regrets about having chosen UVA, a decision that was based heavily on the recommendation of an undergraduate mentor. But she does regret not being able to finish out the spring softball schedule due to the coronavirus pandemic. NGSL hosts a national tournament among law schools each spring that benefits ReadyKids, a Charlottesville nonprofit, and Swann was this year’s co-captain of the Co-Rec Gold team (with classmate Corey Parker, her friend and a future public defender).

Co-Rec Gold features some of the Law School’s most seasoned players, and this year was, to Swann’s knowledge, the first time the team had two female captains.

While the tournament won’t be made up, she said she will make sure to return to Charlottesville for another piece of unfinished Law School business: graduation. Commencement has been rescheduled for October, with a backup date in May.

Even if her schedule is slammed, “I’ll find a way,” Swann said about attending the ceremony. “It means too much to not come.”

Fall Is in the Air on Grounds END_OF_DOCUMENT_TOKEN_TO_BE_REPLACED