Class of 2020: The Juggling Doctor, UVA’s Very Own ‘Patch Adams’ 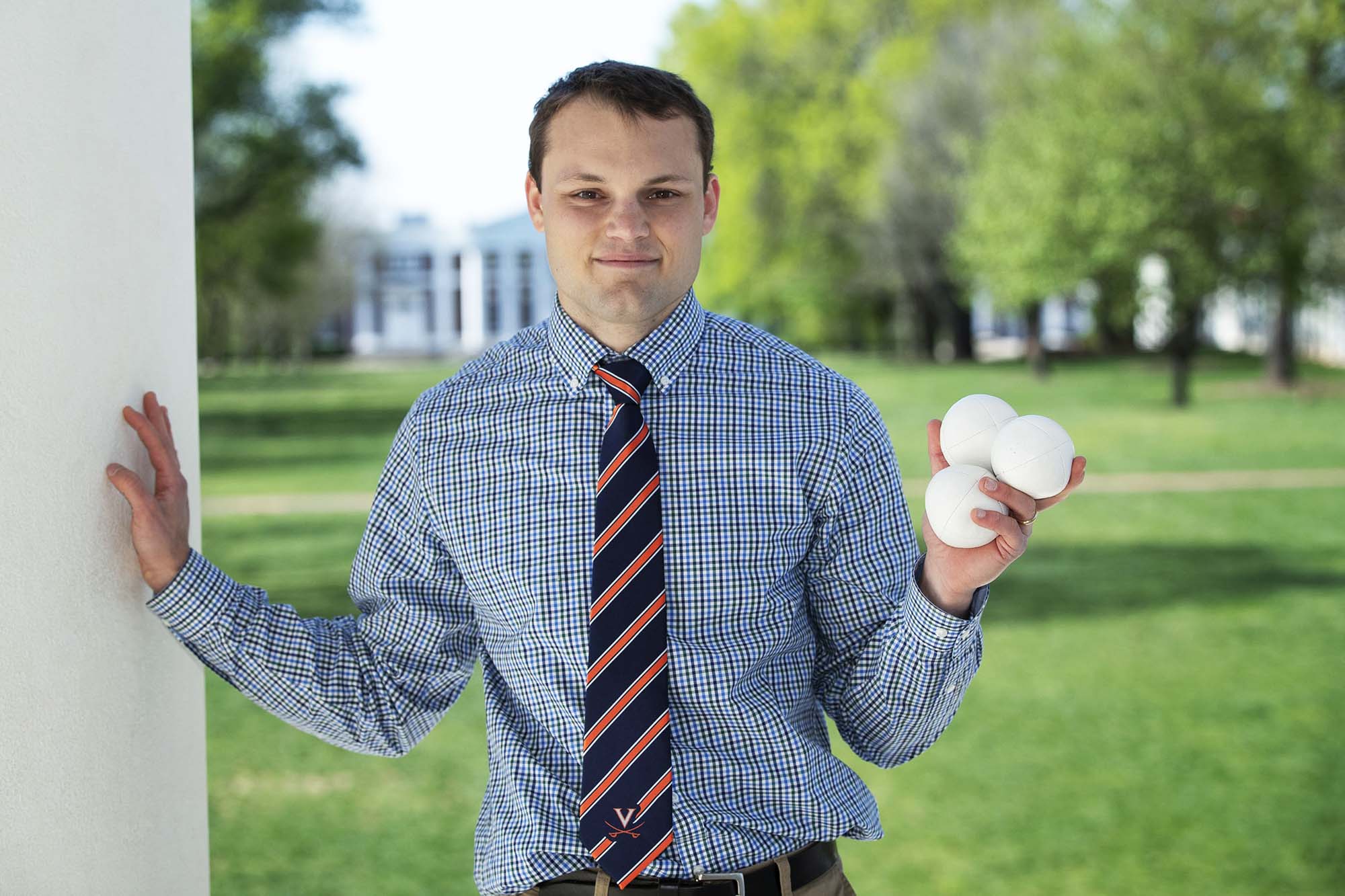 Chris Hodge took a circuitous trip to the University of Virginia School of Medicine’s Class of 2020.

After being home-schooled in Nelson County, Hodge – who became an expert juggler during his teen years – spent a year in circus school in Canada before heading to Virginia Commonwealth University, where he completed his undergraduate education in biology.

He saw some flyers at VCU advertising the opportunity to enroll in the military and have his graduate education costs covered, so Hodge enrolled in the U.S. Army with an eye toward medical school.

“I thought it would be a really great opportunity to be able to both serve my country and I’d be working anyway and might as well work for the Army. And they pay for medical school,” he said. “I’m sure I’ll be doing things that really no one else in my profession gets to do.”

Hodge and his wife, Jocelyn, who is also enrolled in the Army and also graduated Saturday from UVA’s School of Medicine, are headed to Madigan Army Medical Center in Tacoma, Washington, to complete three years of residency – Chris in family medicine and Jocelyn in internal medicine. Once they complete their residencies, they will be stationed in an undetermined location and work for the Army for five years.

Now, back to juggling.

A DVD of the juggling world championships captured Hodge’s attention when he was 13. His father juggled as a hobby and urged Hodge and his brother, Andrew, to pick it up. Soon, the brothers where heading to the Charlottesville Juggling Club on Wednesdays and entertaining crowds on the Downtown Mall with their talent. 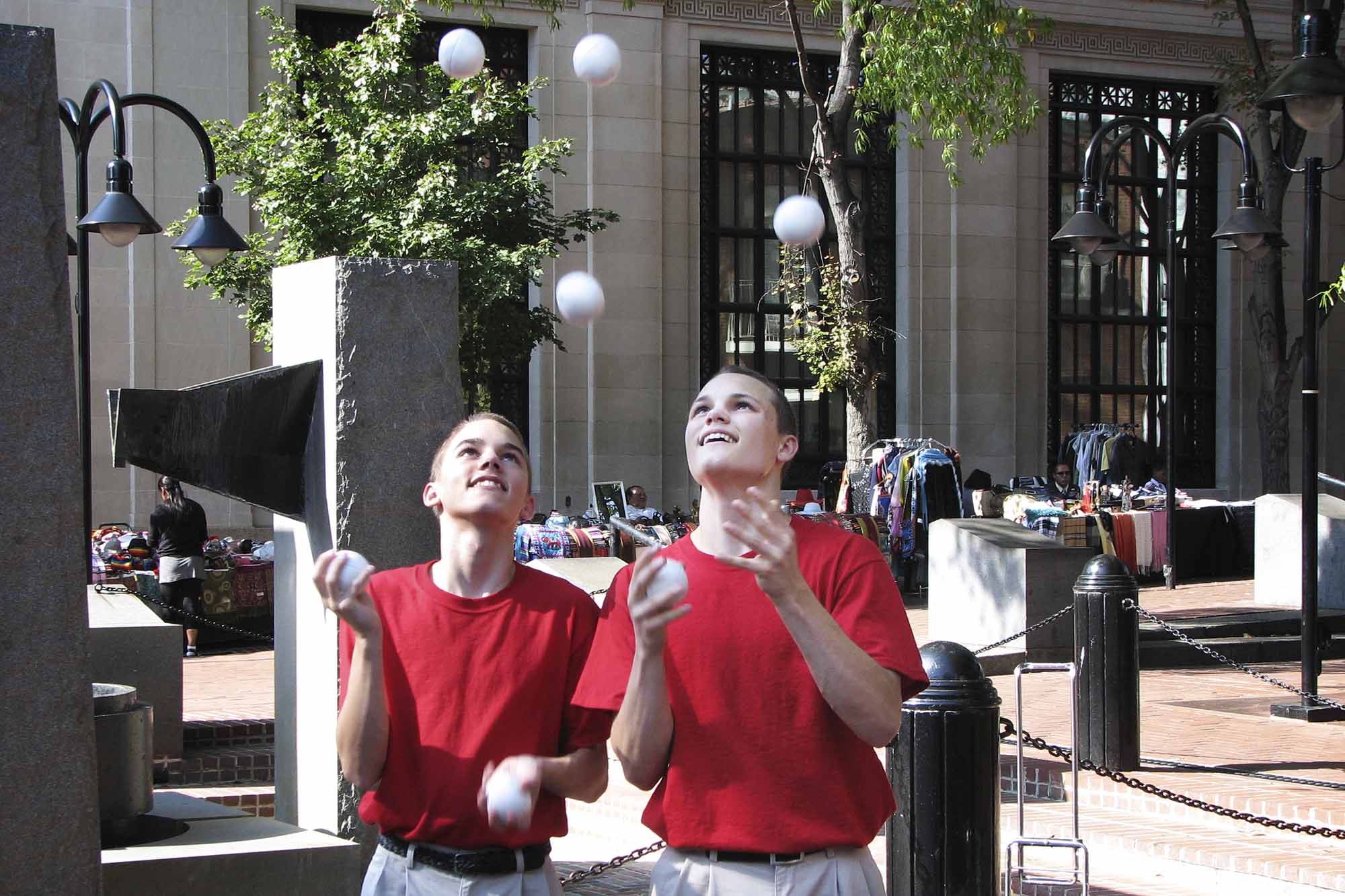 In fact, the pair were so skilled that they set a juggling world record. “We won the world championship for juggling the most balls between two people,” Hodge said. “We did 14 in the competition, and then in practice we did 15, which was printed in the Guinness 2014 book.”

The brothers also won the “Duo Numbers Ball Passing” world championships in 2010 and 2011 in Sparks, Nevada, and Rochester, Minnesota, respectively.

You can get a feel for Hodge’s juggling and acrobatic talents by watching his performance as a guest at the International Juggling Association’s Welcome Show in 2016, which took place a week before Hodge enrolled at UVA.

He said a highlight of his time at UVA was winning the “Hoo’s Got Talent” 2017 UVA talent competition, which led to him performing during halftime of a men’s basketball game with the University of South Carolina at John Paul Jones Arena. 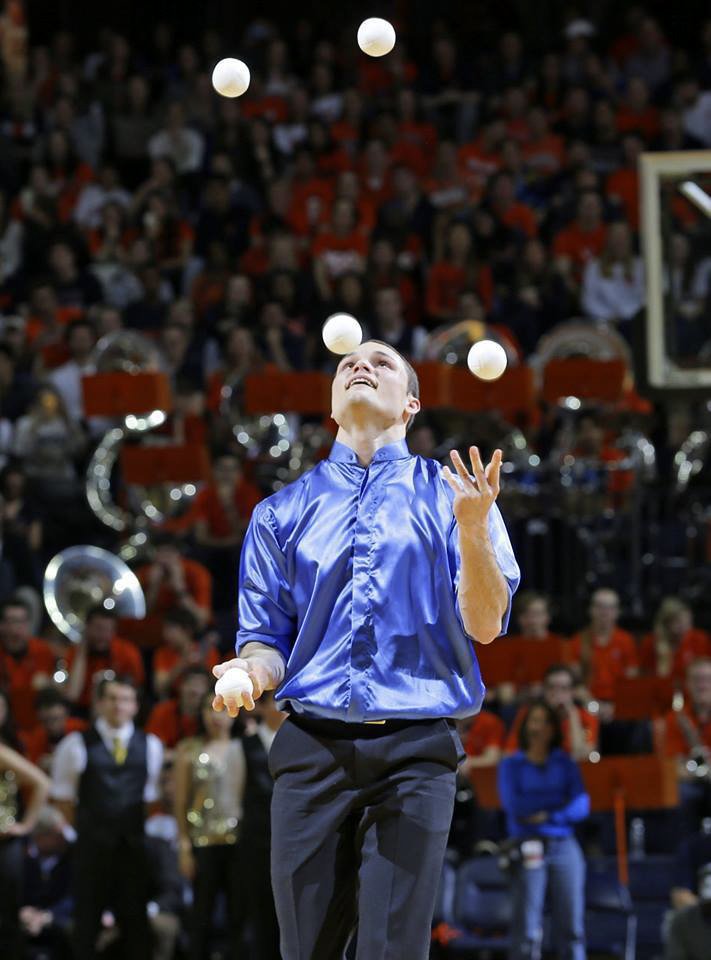 Hodge has been able to incorporate his juggling talents into his practice of medicine, particularly with pediatric patients.

During medical school, he would use tricks as a reward.

“Like I’ll do one little thing and then say, ‘If you want to see more, you have to let me listen to your heart,’” he said.

You could say he is borrowing from the playbook of Hunter Doherty “Patch”      Adams, a doctor and clown who mixes humor and medicine and became known to the masses when actor Robin Williams portrayed him in the 1998 film “Patch Adams.”

Hodge’s favorite “doctor trick” is balancing a pencil on his nose.  “They just enjoy it,” he said.  “It’s just a very quick little thing that you can do to help with rapport with a kid.”

A Year We Will Never Forget: 2019-20 in Review END_OF_DOCUMENT_TOKEN_TO_BE_REPLACED

‘What Will You Carry With You?’ Remarks From UVA President Jim Ryan END_OF_DOCUMENT_TOKEN_TO_BE_REPLACED