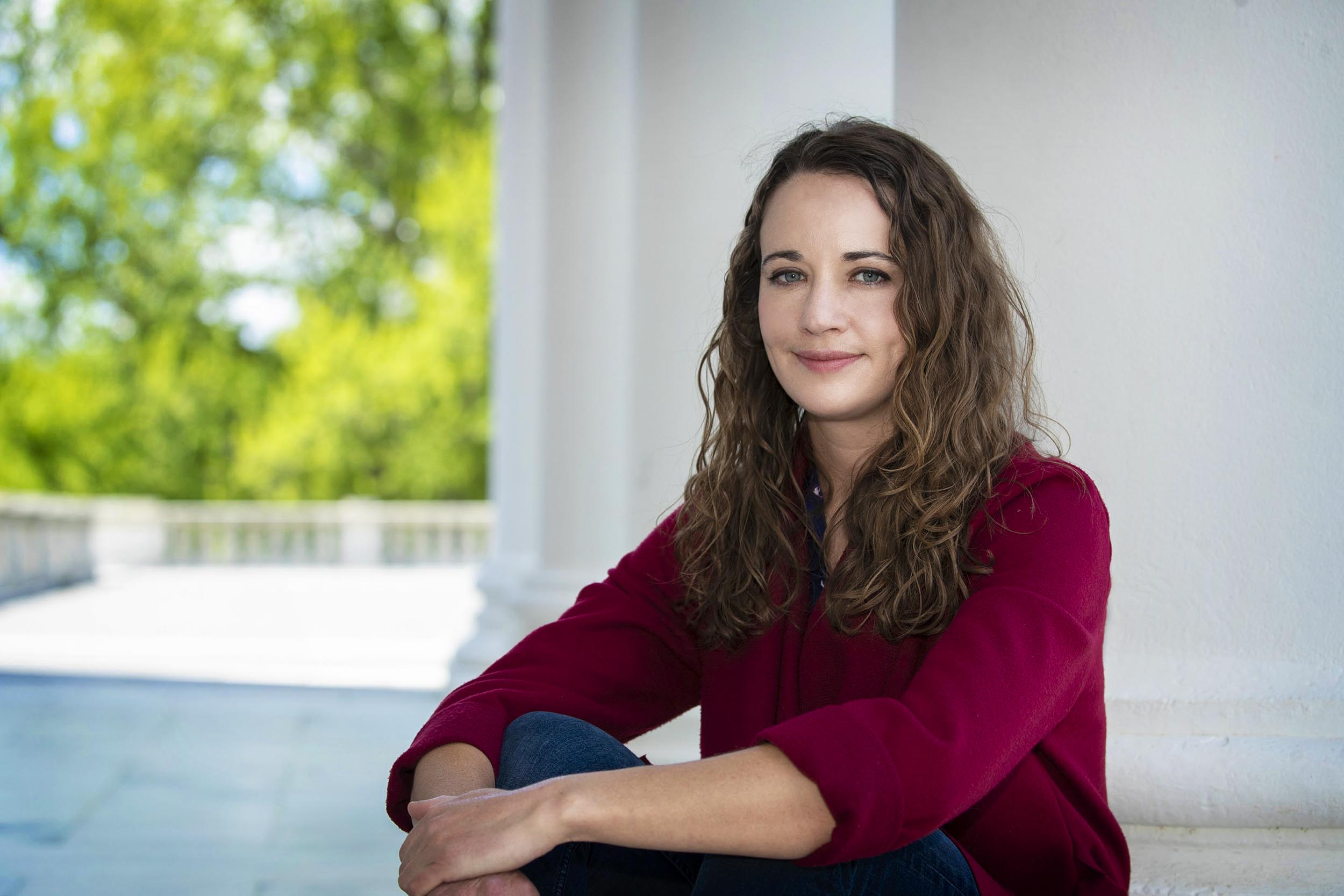 Anne Lassere is drawn to the writing genres of magical realism and speculative fiction. (Photo by Dan Addison, University Communications)

By night, she writes about Anton Chekhov, deep personal experiences, fictitious sea creatures, magical worlds and just about anything else that she can dream up or touches her.

The two endeavors – construction and writing – wouldn’t seem to have much in common, but the way Lassere explains it, they are really one and the same.

“I think of renovating as art. It is art,” Lassere said. “It’s making a sculpture. It’s a really large-scaled sculpture. It’s creating a world, a space, for people to exist in that’s going to last for a really long time.

“When I build a room or a structure, I want it to feel a certain way – like it’s embracing the people who will be inhabiting it, and I think that’s very similar to what I want to do with my stories.”

Fifteen years after graduating high school and six years after she started night classes at UVA through the School of Continuing and Professional Studies, Lassere is putting the finishing touches on a chapter of her own personal story.

It’s one that that started in Virginia, continued in New Zealand and Europe, saw her start her own construction business, and will culminate in receiving an undergraduate degree from UVA later this month.

“Really it was just a matter of finishing what I started,” she said. “It was a matter of pride and dignity. … I wanted to be an educated person and have a degree and have more career options.”

Lassere grew up in Lexington before attending Stuart Hall High School in Staunton. Her parents, originally from New Orleans, were first-generation college students, with her father going on to become doctor and her mother a lawyer. 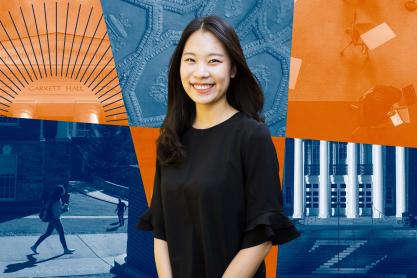 As a child, Lassere always loved to write. She took her first stab at a novel when she was 13. The unpublished work, “Canyon Girl,” was about a child getting lost in a canyon in Arizona.

“It was pretty epic,” she said, with a laugh. “I think there was a parachute [involved].”

After graduating from high school in 2005, Lassere studied abroad for several years, starting her college career in New Zealand, where she studied anthropology. She also lived in the Netherlands and Spain before moving to France, where she worked as a translator.

“As a young, foolish person, my idea with studying was that it really was just a way to get a student visa and live in different places,” Lassere said.

Lassere moved to Charlottesville in 2015 and continued working toward her degree by taking courses in the School of Continuing and Professional Studies’ Bachelor of Interdisciplinary Studies program.

Around that time, Lassere began apprenticing as a carpenter at UVA, which led to her eventually becoming a licensed contractor with a specialty in home renovations.

Lassere started volunteering for the Building Goodness Foundation, a nonprofit construction company based in Charlottesville that does work in the U.S., Costa Rica, El Salvador, Guatemala, Haiti, Honduras and Nicaragua.

Recently, Lassere began working full-time for the organization as its community outreach director.

“When I was a builder, I really wanted to help people fix their spaces and make them beautiful and make them safe and healthy, and it pained me to charge for that,” Lassere said.

“Building Goodness can offer renovations for low-income homeowners and build schools and clinics and that kind of thing. It’s just very fulfilling and meaningful.”

Lassere feels the same way about writing. It’s something she does every single day. Someday, she hopes to have her work published.

That day, according to her professors, will be here much sooner than she thinks.

“Anne is an extraordinary talent,” said Ran Henry, an adjunct professor in the B.I.S. program who has published several books of his own.

“I see a great memoirist, as well as a novelist – and that is a unique combination.”

Henry said Lassere was a perfect candidate for the writing courses he teaches because she came into them with lots of life experiences, something that’s isn’t always the case with undergraduate students. Lassere wrote very personal stories based on some of those experiences.

In addition, Lassere wrote several chapters of a fantasy novel for a course called “The Nature of the Hero,” in which students examined professor and writer Joseph Campbell’s theory of the mythological structure of the journey.

Right now, Lassere is working on another novel that centers on the relationship between a cave diver and a lake monster.

“It’s a little bit out there,” she said, with a laugh.

Lassere is a big fan of Toni Morrison, the late novelist and essayist whom she studied in a course.

Lassere said what she enjoys most about writing is trying to put all the puzzle pieces of the story together; she said she is “fascinated” by plot and structure. She said she is particularly drawn to the genres of magical realism and speculative fiction – stories that take place in worlds that we know and understand, but also push the limits of reality.

“I’ve got imagined worlds and people in my head,” Lassere said, “and I like to spend time with them.”

But for her two-semester-long capstone project, Lassere wrote something quite different: a piece centered on the famous Russian playwright, Anton Chekhov, entitled, “Chekhov Spell: Science, Structure, and Storytelling.”

In the paper, Lassere argued that the power of storytelling is as important to human wellbeing as food, water and shelter. From caveman times until today, we are drawn to story, Lassere maintained.

“It’s not only good – it’s great,” said Charlotte Matthews, an associate professor in the B.I.S. program, who has had Lassere as a student for three years and served as her capstone mentor.

But what stands out most to Matthews about Lassere – a Raven Society member, chair of selections for SCPS and chapter president of Alpha Sigma Lamba Honor Society for adult learners – isn’t anything she produces on a laptop.

“She is a ‘says-what-she-means and means-what-she-says’ kind of person,” Matthews said. “And she is a real team player and humble to the core.

“If she gets some really great, big [writing] opportunity, she’ll probably be like, ‘Well, maybe I should just stay where I am because I’m helping people.’ That’s the kind of person she is.”

Lassere is certainly excited about continuing her work for Building Goodness. Recent local projects have included building a ramp at the Lewis and Clark Exploratory Center and strengthening bleachers at the decades-old Burley Middle School baseball field, which a community group is renovating.

Beyond that work, Lassere’s not quite sure how the next chapter of her story will unfold, but after six years of night classes, she’s definitely looking forward to walking the Lawn and being able to call herself a college graduate.

“I think there’s a reason why young people go to college,” said Lassere, with a laugh. “I’m not going to lie – it’s really hard to be a working adult, especially being a contractor and having my own company and taking night classes and trying to make good grades and spending weekends writing papers.

“But it has been very fulfilling. I’ve come away with some friends who I would not have met and I have a deep devotion to my professors. I’m very grateful for their support.” 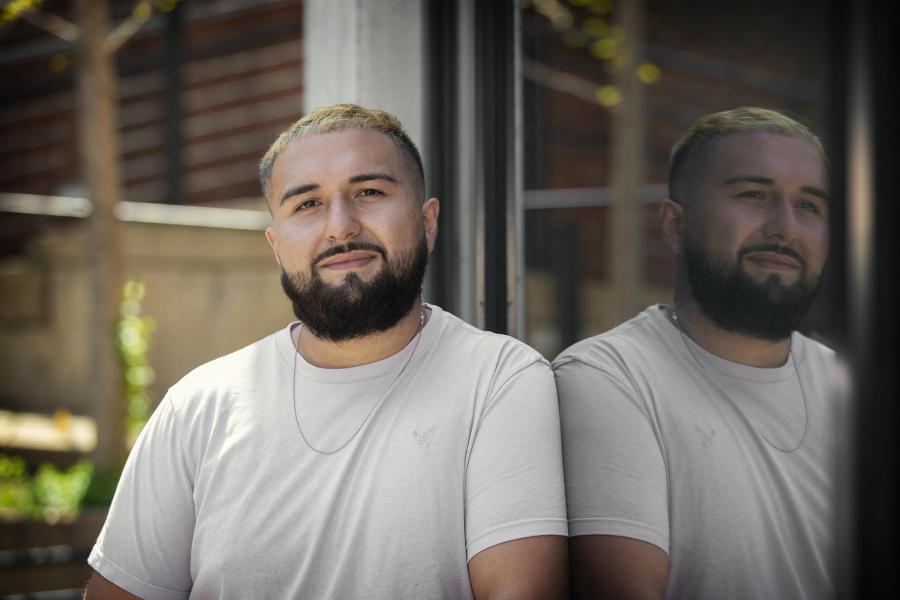 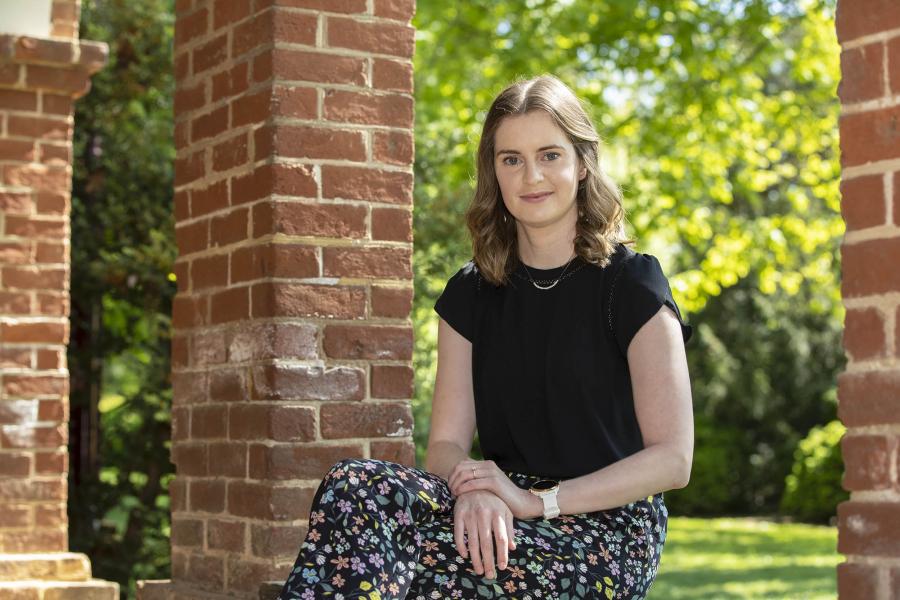 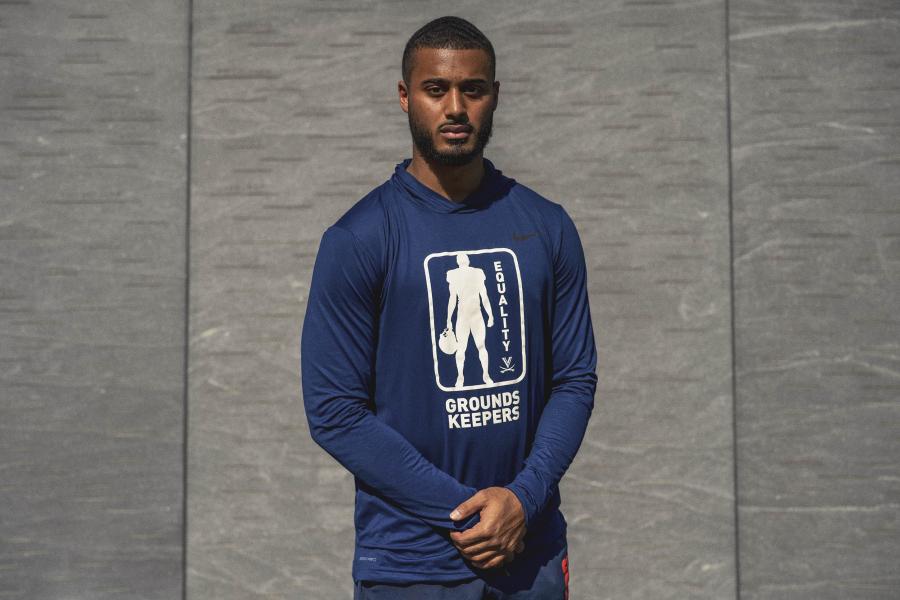