Class of 2026 Is Most Diverse Group in History, Filled With Helpers and ‘Nice People’ 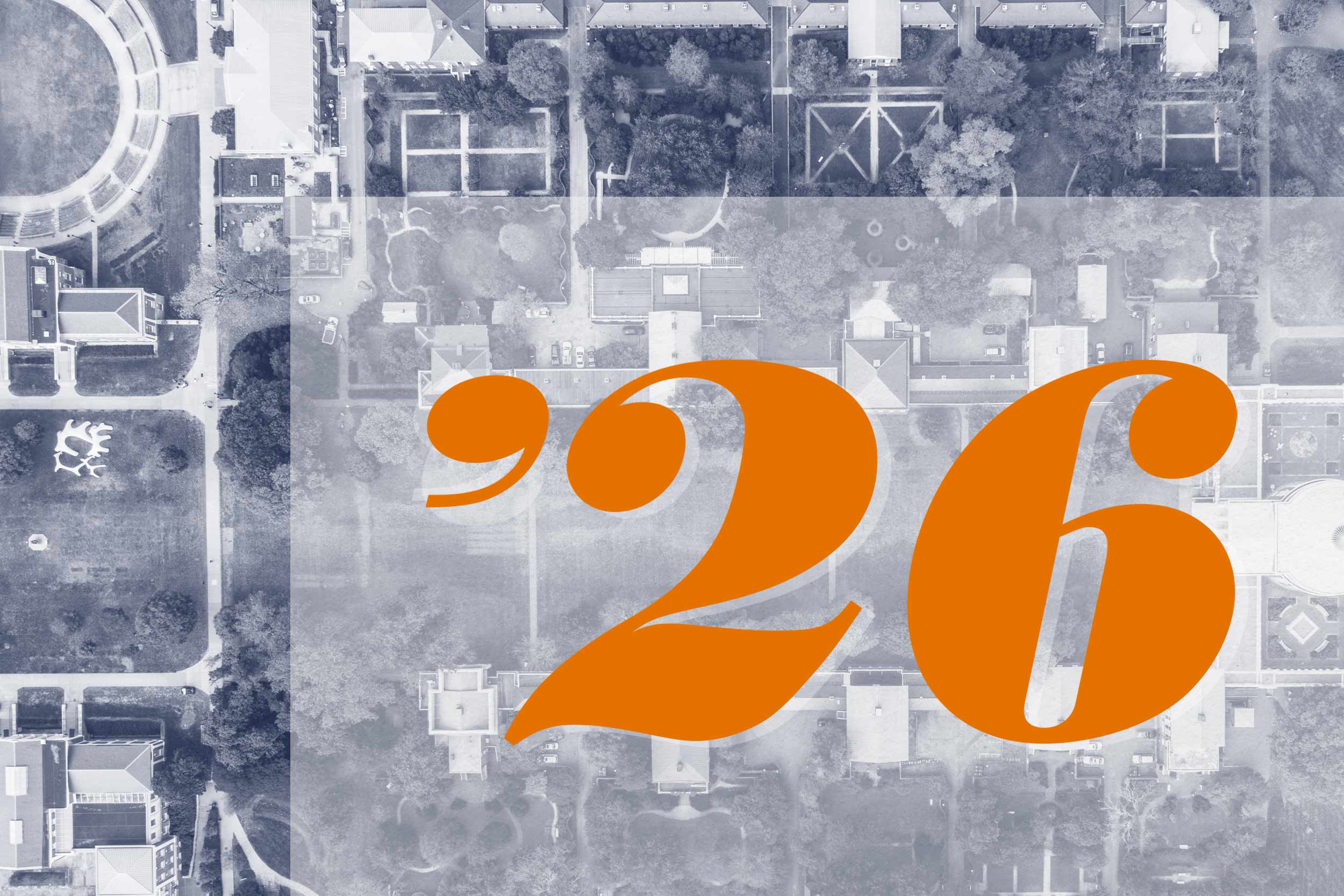 Class of 2026 Is Most Diverse Group in History, Filled With Helpers and ‘Nice People’

As in years past, the University of Virginia’s entering class has superior academic credentials. For example, of the 4,000 entering first-year students, nearly 80% have been inducted into an honor society.

But that figure only begins to tell the story of the Class of 2026.

Other metrics paint an even richer picture, one of compassion, kindness and grit.

A jaw-dropping 92% of students have participated in community service. Seventy-two percent tutored a sibling, friend or classmate. And a vast majority of the incoming students say they socialize with different races or ethnic groups and listen to people with opinions different than their own.

“Each of these students has traveled a different path to Grounds, but all of them have excelled, and all have earned their places,” Stephen Farmer, UVA’s vice provost for enrollment, said. “They are as strong as any group we’ve ever enrolled, and they’re more diverse than any we’ve ever enrolled. These students will make us better, and we’re grateful they’ve chosen to join us.”

Sixteen percent of first-year students will be the first in their families to graduate from college, and 36% qualified for need-based aid, including more than 900 from middle-income households.

Almost 20% regularly take care of their siblings; 17% regularly made meals for their families and 16% interpreted or translated for their parents.

listened generously to someone whose opinions differed from their own

Farmer also pointed to another figure that “suggests that our students are open-minded and interested in other points of view”:

Seventy-six percent of students say they hope to connect with students from different walks of life.

Contributed to causes they believe in

“They’re just such nice people,” Farmer said. “I’ve heard from hundreds of students this year. To a person, they’ve just been remarkable – polite, purposeful and kind. And they want to be here, at the University of Virginia.”

Want to connect with students from different walks of life

The percentage of first-year students whose parents graduated from UVA is 14.1%.

Farmer said this year’s transfer students, about 700 of them, are also an important cohort for the University and make up roughly 20% of all the new undergraduate students enrolling this year.

About 300 of the transfer students previously applied to UVA as first-year students and didn’t get in. Students like Katie Rose Milone.

A native of Alexandria, she nearly moved across the country to enroll in the University of California, Santa Barbara, but thought better of it. She instead decided to buckle down, study for a year at Northern Virginia Community College, and reapply to UVA for her second year.

This April, she and her best friend Betsy Hopkins, who also reapplied to UVA, anxiously opened their laptops to learn their fates. Anxiety turned to elation when they both received acceptance letters. Saturday, the roommates will move into Roberta Gwathmey House in the International Residential College.

“There is a certain specialness about UVA that I haven’t felt anywhere else,” Milone said. “It’s comforting, yet simultaneously so exciting – qualities that are hard to come by in a package, and generally just feels like a perfect fit for me.”

“We’re thrilled that so many students were willing to try us again,” Farmer said. “These transfer students are going to come here and have a great experience and earn their UVA degrees fair and square. I hope they’ll remind other good students that, if you really want to be here, we’ll be pleased and honored to help you find your way.”

UVA typically admits between 35% and 40% of transfer applicants, as compared to a 22.6% acceptance rate for first-year students.

Now that you’ve seen the class through facts and figures, UVA Today would like to broaden the frame by introducing you to three exemplars of the class. Two grew up on Virginia’s Eastern Shore and the third in Richmond.

It was July 28, the morning after Chincoteague Island’s famous pony swim. The annual event draws tens of thousands of people to watch as the herd swims across the Assateague Channel to Chincoteague so the foals can be auctioned.

David Gastelum shared some of his story as he was driving north from his home in Painter, population 280, to Chincoteague, where he works as a line cook at Pico Taqueria.

With just a few weeks to go before moving into his room in Tuttle-Dunnington House, Gastelum reflected on his journey to UVA. The son of Mexican immigrants, he is a “first-generation kid.”

Gastelum grew up watching his father Marcos work as a carpenter in and around Painter. His mother, Mirna, cleans offices and homes, helps her husband and takes care of the family home.

“It was very hard for them,” Gastelum said. “I saw a lot of great respect for that blue-collar work and I kind of wanted to go to a trade school.” But he recognized that neither of his parents have retirement funds, so that type of blue-collar work, he said, “is probably not sustainable.”

That is how Gastelum decided he wanted to become a nurse practitioner. In his mind, the profession straddles blue- and white-collar jobs. “I can see the impact I’m having on people. I can see it with my eyes,” he said.

The other reason Gastelum wants to get into health care is because he has seen caregivers in action, especially when he was going through a health crisis of his own. When he was a boy, a doctor told him that if he did not lose weight, he would not live very long. That message alone was terrifying to him, so the messenger also became “scary.”

“But the nurses helped a lot,” he said. “One of my close friends, both of their parents are nurses and are super cool and great.”

Gastelum ended up losing the weight and excelled in three sports at Nandua High School, where he was on the honor roll. He comes to UVA on a $17,000 Bayly Tiffany Scholarship, which is automatically awarded to students from the Eastern Shore.

In addition to being an outstanding student, Khalilah Ellison personifies the soft skills Farmer says can really reveal who a person is; she’s a helper in every sense of the word.

When she answered her phone earlier this month, there was a little voice in the background. Ellison was babysitting her 4-year-old sister, Kharissa. They were in the car, headed to get a tire change in Melfa, another small village on the Eastern Shore.

On her résumé, Ellison notes that her grade-point average was 4.12. Out of 146 students, she ranked ninth in her class at Nandua High School, where she was classmates with Gastelum. Under the skills summary, in addition to being very well-organized, she says she is “helpful towards others.”

From October to January of this year, Ellison volunteered at the local Boys and Girls Club, where she helped second- and third-graders with their homework and social skills.

She would take Langford Highway to get to the center in Accomac, passing the occasional plaza along the tree-lined thoroughfare. “It wasn’t a school. It was at a rec center we have on the Shore called Marion Smith.” she said.

“A lot of the kids in the Boys and Girls Club are children of color,” Ellison went on. “A lot of them are African American or Hispanic.”

“I enjoy helping people,” Ellison said. “I like helping with homework and knowing I was the reason they were able to understand things.”

The first-year student said she is leaning toward studying biology or another science, with a minor in psychology on a pre-medical path.

“I really want to be somewhere in the mental health field because it is really important, and if anybody would like to do it, I think it’s me, because it’s something that a lot of people overlook,” she said.

That point was driven home for Ellison, “especially for teenagers during COVID, when a lot of us could really see how important mental health is.”

“There were a couple of suicides at my school and it was really shocking,” she said. “One of the people was in our grade. I didn’t know her personally, but if you see somebody every day and they’re smiling and happy and laughing, it’s really shocking to see that happen to somebody like that.”

Also a recipient of a Bayly Tiffany Scholarship, Ellison begins her journey as a Wahoo on Friday and says she’s excited to join the community here. “I really, really want to be involved in the Multicultural Center,” she said. “I would also really like to have some involvement at the Office of African African-American Affairs.”

He comes to UVA from Richmond, where he attended Collegiate School from kindergarten through 12th grade.

Hill was surprised with a class distinction at his high school graduation ceremony when he was given this year’s Charles F. Wiltshire Citizenship Award. “It is given to senior boy who embodies the characteristics of good citizenship and consistent, unseeking service to the school and his community,” said Patrick Loach, the head of Collegiate’s upper school. “Tackling every day with a vengeance, he does not wish to waste a single opportunity for growth and views each obstacle as a proving ground.”

Hill’s résumé is also impressive. He is a volunteer emergency medical technician, a teacher at Tuckaway Child Development Center and an award-winning photographer. He wrote about the latter pursuit in one of his admission essays.

“As I sat on the cold leather seats in the back of my mom’s Isuzu Trooper, I could not help but look out to the window and gaze upon the huge lustrous monuments as we drove by. It was 2011, and on my way to soccer practice, my mom drove us down Monument Avenue, the most famous and controversial road in Richmond, Virginia. It was decorated with grand bronze monuments of confederate generals such as Jefferson Davis and Robert E. Lee. But to 7-year-old me, they were merely just works of art,” he wrote.

Fast forward to 2020, and those monuments began to hold new meaning for Hill and many others around the country.

“After the murder of George Floyd, demands for racial justice grew in Richmond. Many demanded that the monuments on Monument Avenue come down because of their confederate history and racist symbolic meaning,” reads Hill’s essay.

Those demands became reality when on Sept. 8, 2021, the Lee statue was removed. Hill was there to document the event with his camera. He later submitted six of the thousands of images he took to a contest and won a National Photography Portfolio Award in Scholastic Art and Writing. It was the first such award at Collegiate, and Hill said that when his classmates saw his photo, “Everybody at school who saw it was probably like, ‘Yeah, this is kind of the image of Richmond that we want – that it is progressive and culturally inclusive. We’re sort of becoming that city, which is nice after a not-so nice-history.”

Hill said he is thinking about studying neuroscience at UVA. “I did some shadowing this summer with a local neurosurgeon,” he said. “I think I’ll keep being an EMT my four years at UVA. But I think I’d like to work in a hospital, and neuroscience is just super, super cool and so multifaceted and just a really interesting field to study.”

Hill, whose soccer team won a state championship this year, also hopes to play club soccer at UVA. He may also join the scuba diving club.

“I love scuba diving,” he said. “Getting underwater and going to a new place and just being quiet and just looking around is the coolest thing ever.”