Collaboration Takes Discovery From Lab to Patients – and May Save Limbs 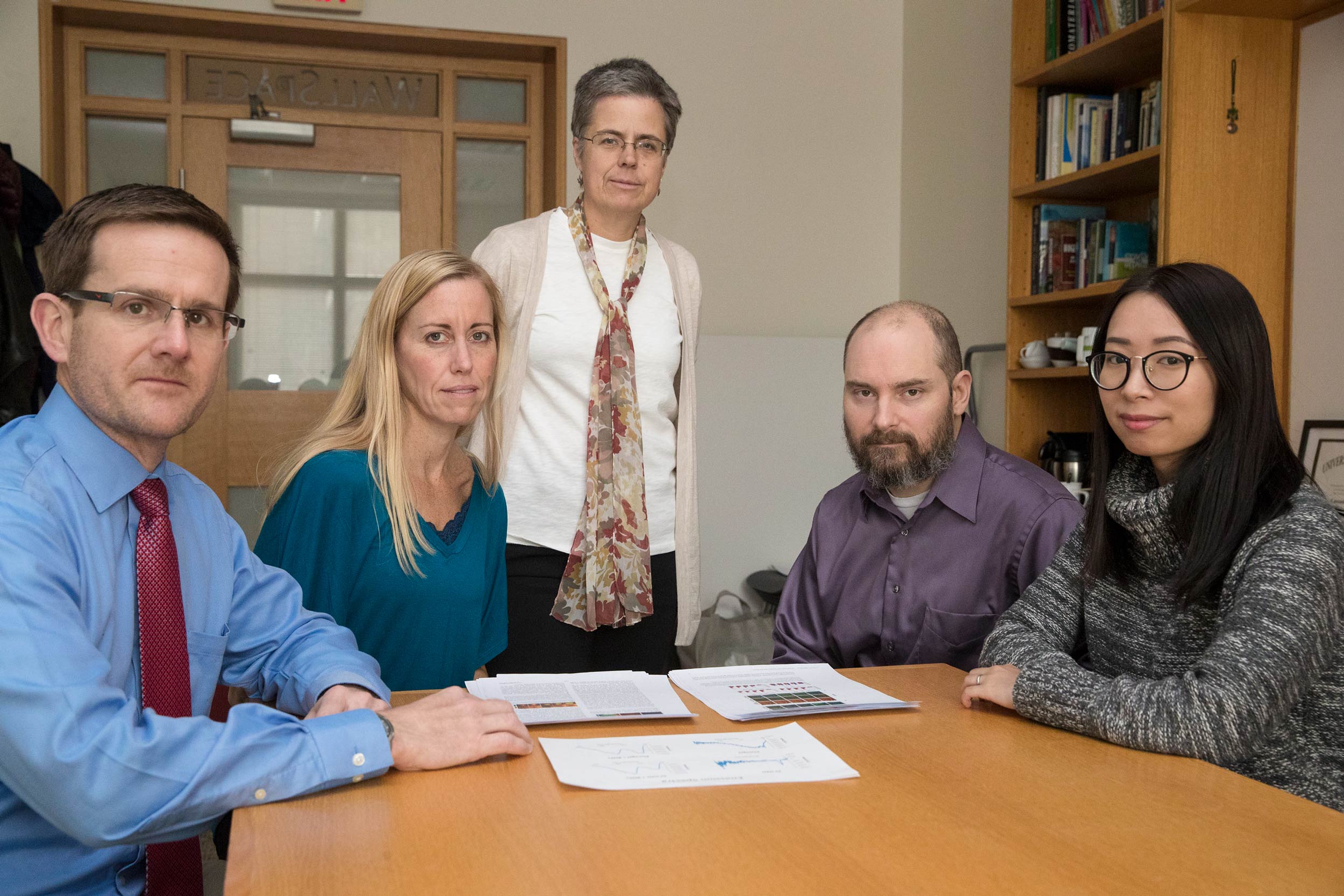 What started as an incidental discovery in a chemistry lab has turned into a project to help drug makers and doctors better heal the common and often intractable foot wounds of diabetes patients, potentially reducing the cost of medical care and the need for life-threatening amputations. 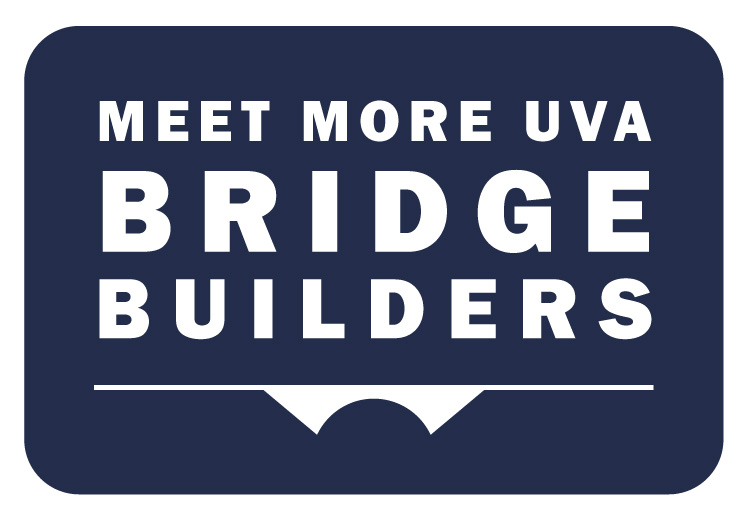 The work began eight years ago as fundamental research by a graduate student in the laboratory of chemistry and biomedical engineering professor Cassandra Fraser. Guoqing Zhang, who has since earned his Ph.D., was experimenting with a simple compound when he discovered – to his surprise – that the material glowed blue under an ultraviolet lamp and had an unexpected, long-lasting green afterglow. Zhang and Fraser, consulting with chemistry professor Jim Demas, realized a scientific and commercial potential for the material, including in medical contexts.

This led to more experimentation over the years, the creation of several variations of the compound, and testing on cells, tissues and in living systems, including in tumors and the brain. Eventually a successive team of researchers, including former chemistry graduate student Chris DeRosa, optimized a polymer that changes luminescence color when uncovered and exposed to air, thus functioning as an oxygen detector.

Fraser connected with biomedical engineering professor Shayn Peirce-Cottler, who specializes in designing new therapies for patients with diabetes, heart disease and musculoskeletal problems. Peirce-Cottler knew that diabetic patients often suffer from poor blood circulation in the legs, which often results in difficult-to-heal open wounds on the bottoms of their feet at pressure points.

“These wounds are partly a result of oxygen deficiency in the feet because of poor blood circulation,” Peirce-Cottler said. “Physicians who treat these patients use therapies designed to increase blood circulation to the area of a wound, and thereby increase the oxygen level for better healing.”

Key to treating these wounds is figuring out early what therapies are increasing blood circulation to a wound site – and providing badly needed oxygen – and which are not. But oxygen levels are not visible to the naked eye.

Peirce-Cottler and Fraser explored the potential application for Fraser’s material to non-invasively make visible the amount of oxygen at a wound site. This “oxygen mapping” could help doctors better monitor and assess how well a given treatment plan is working.

Collaborating with Demas and then-chemistry undergraduate Alex Mathew, now a UVA M.D./Ph.D. graduate student in biomedical engineering, the team developed a cost-effective, portable laptop camera system that, when used in conjunction with the light-emitting materials, can make movies of dynamic tissue oxygen levels at a wound site over periods of time. 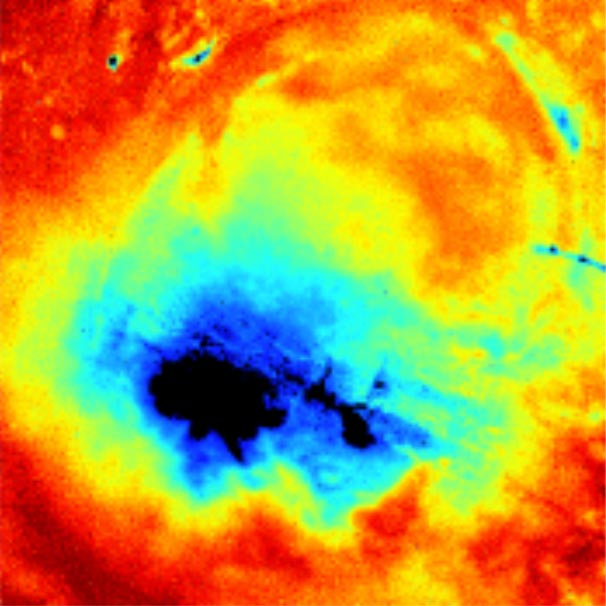 When the material is in the presence of pure oxygen and excited by an ultraviolet light, it glows blue. In air, it is grayish in color, while under low oxygen conditions, it lights up yellow. After the data are processed, they are spectacularly colorful, representing in detail the oxygen levels throughout a wound site. Tissue becomes more oxygenated as it heals, indicating that a treatment plan is working.

Fraser and Peirce-Cottler have partnered with Patrick Cottler, a research professor in plastic surgery; Dr. Chris Campbell, a plastic surgeon; and nursing professor Catherine Ratliff, a key member of the Wound Clinic who frequently works with diabetic patients. The team began experimenting with Fraser’s material in pre-clinical models, applying it topically to wound sites and making real-time movies of oxygen flowing into or away from a wound. They have found, as they hoped, that they can map oxygen levels in wounds as the wound either heals or doesn’t, as the case may be.

“Quickly knowing whether or not a wound is getting enough oxygen to heal is valuable information, since many diabetic ulcers lead to amputation,” Cottler said. “This can tell a doctor early in a treatment plan whether or not a given therapy to increase blood circulation is working well. If not, the treatment plan can be changed early to one that may be more effective.”

The material is non-invasive. Depending on the formulation, it can simply be applied to a wound, like a topical ointment, and then washed off after an imaging session, apparently with no negative side effects.

The multidisciplinary team soon will begin a clinical trial for patients with chronic wounds, designed to test the efficacy of the material and camera setup as a way to help physicians and drug developers monitor healing and improve treatment outcomes.

“If our technology can help doctors and nurses easily and more accurately identify which therapies are working well and which are not, they can better tailor treatments to the individual patient, potentially saving limbs from amputation and saving lives,” Peirce-Cottler said.

Fraser’s imaging materials also are proving effective for displaying oxygen levels in tumors, in the brain, and for uses in immunology, microbiology and tissue engineering. Possible non-medical uses include forensics.

Fraser currently holds three patents for the materials, their fabrication and imaging.  Recently a major pharmaceutical company licensed the technology for use as a way to test the efficacy of new drugs under development for treating diabetic wounds.

“This is an instance of basic science transitioning from the lab to a potential application that could really benefit people with serious health risks,” Fraser said. “Our collaboration between researchers, engineers and physicians, coupled with the creativity of our graduate students, really demonstrates how teamwork across the disciplines can work to improve lives.”