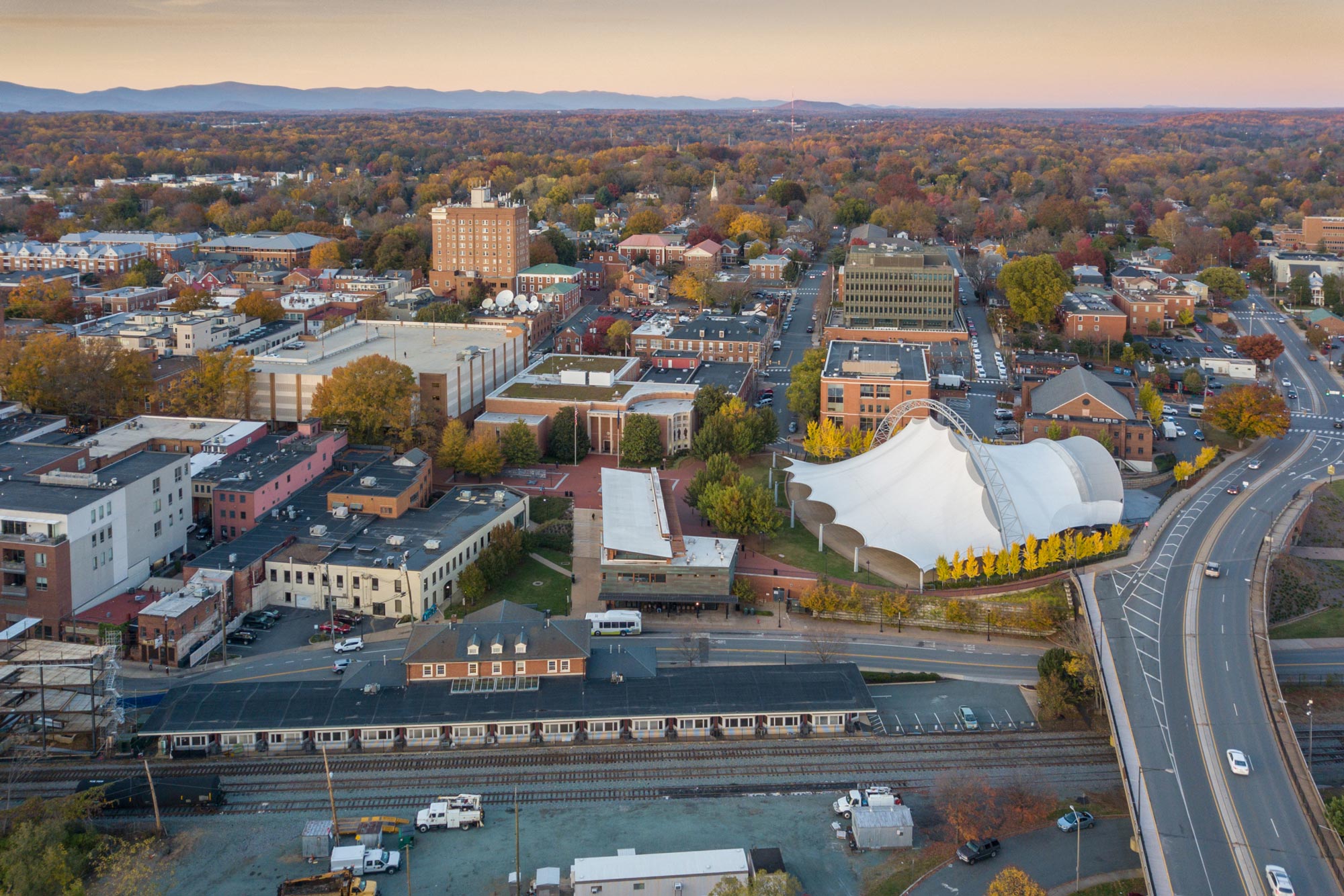 In 2019, the University of Virginia-Community Working Group formed by President Jim Ryan identified four key priorities that UVA and its community partners could work on together: jobs and wages, affordable housing, youth education and equitable health care.

Soon after, UVA announced that it would raise its base wage to $15 an hour for all full-time employees and followed up with an announcement that major contractors who work on Grounds would join the University and pay the same base wage.

The members of the UVA-Community Working Group were asked to continue to serve in a more permanent capacity as the President’s Council on UVA-Community Partnerships, which last year formed four working groups focused on affordable housing, the local economy, early childhood education and the employment pipeline. As part of that work, the University also announced a goal to support the development of 1,000 to 1,500 affordable housing units in Charlottesville and Albemarle County over the next decade on land owned by the University and the UVA Foundation.

While the groups’ work had been temporarily paused for months due to the COVID-19 pandemic, it is now set to resume, with the addition soon of a fifth group focused on public health.

“The pandemic has only exacerbated the issues that these working groups were formed to address, so their work is now more important than ever,” Ryan said. “Having seen the effects of the global health crisis on our local community, we are forming a fifth working group focused on public health.”

The groups include members of the community and UVA representatives and are connected to the work of the President’s Council on UVA-Community Partnerships, which is co-chaired by Erika Viccellio, executive director of the Fountain Fund, and Brennan Gould, president and CEO of the Charlottesville Area Community Foundation.

“People are eager for action and accountability. We are grateful that the work is getting started,” Viccellio said.

The Local Economy Working Group will examine UVA’s procurement needs and how they can be matched with local businesses. The co-chairs are Destinee Wright and Stephen Davis.

The Pipelines and Pathways Working Group will look for ways to grow UVA’s employment pipeline, with the goal of improving access for underrepresented groups and ensuring that current workers have opportunities for promotion and growth. The co-chairs are Martha Trujillo and Ridge Schuyler.

The Early Childhood Education Working Group will work to increase access to affordable, high-quality educational experiences for children up to age 5, with an emphasis on training and supporting local early childhood educators. The co-chairs are Deborah Rogers and Amanda Williford.

The charge and membership of the Public Health Working Group are in the process of being determined now.

The Affordable Housing Advisory Group will make recommendations related to housing goals, development strategy and engagement with community and housing partners to support the development of 1,000 to 1,500 affordable housing units. The chair is UVA Chief Operating Officer J.J. Davis.

Davis said that they are ready to dive in quickly with the help of project consultant Gina Merritt of Northern Real Estate Urban Ventures. That firm brings both technical expertise and significant experience engaging local communities throughout the development process.

“I’m excited to work with Gina, the advisory group and partners from both UVA and the UVA Foundation on an issue that has great potential to improve the lives of our neighbors,” Davis said. “Home is where the heart is, and our goal is to make it possible for more members of our community to have access to affordable housing.”