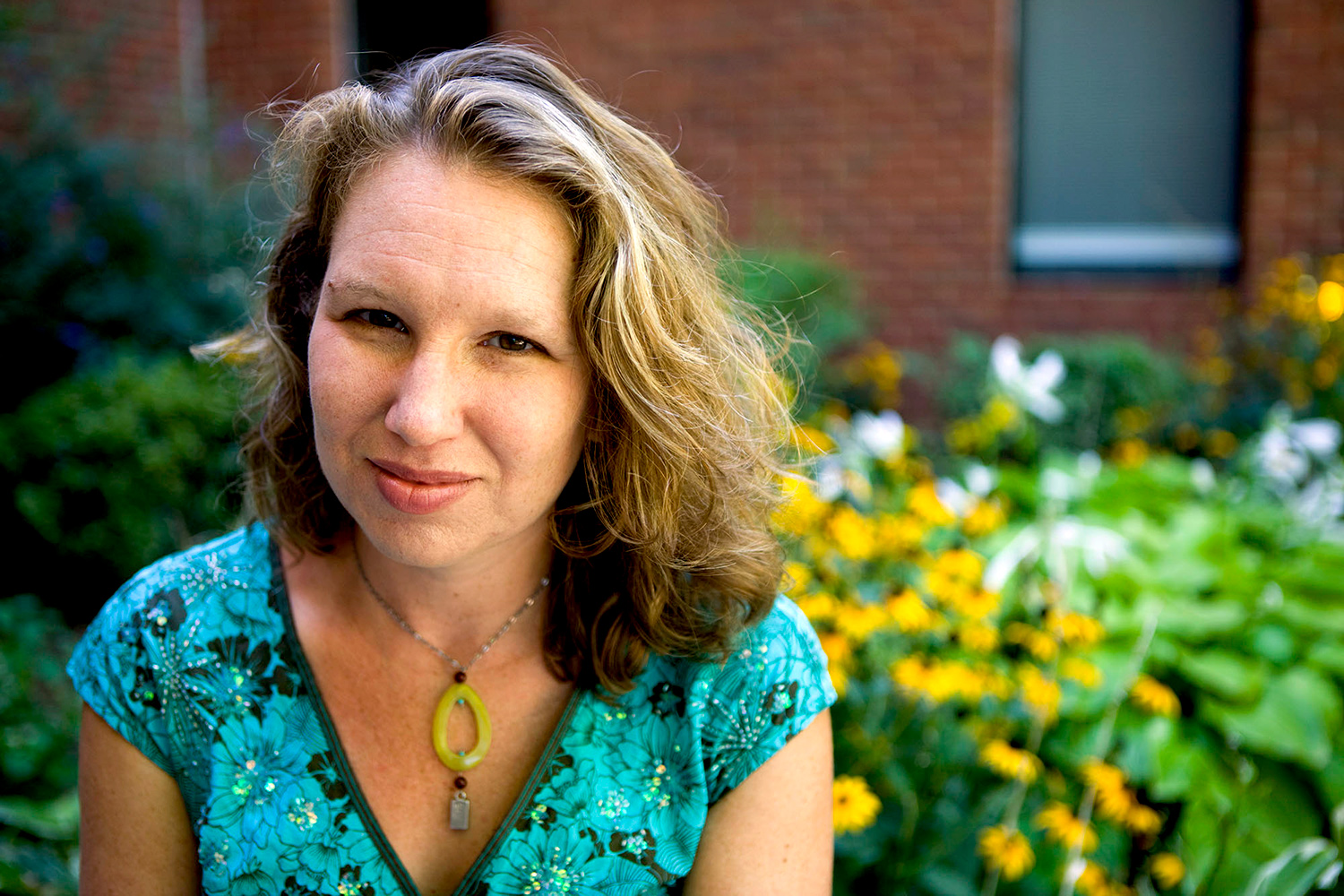 Colleges and universities can help drive social change in the fight against gender-based violence, according to Nancy Deutsch, an associate professor in the University of Virginia Curry School of Education.

That’s why last week on Grounds, Deutsch led the first National Leadership Institute on the issue, drawing representatives from schools around the country. The action-oriented program was designed to help universities identify strategies for preventing and responding to gender-based violence on their campuses. 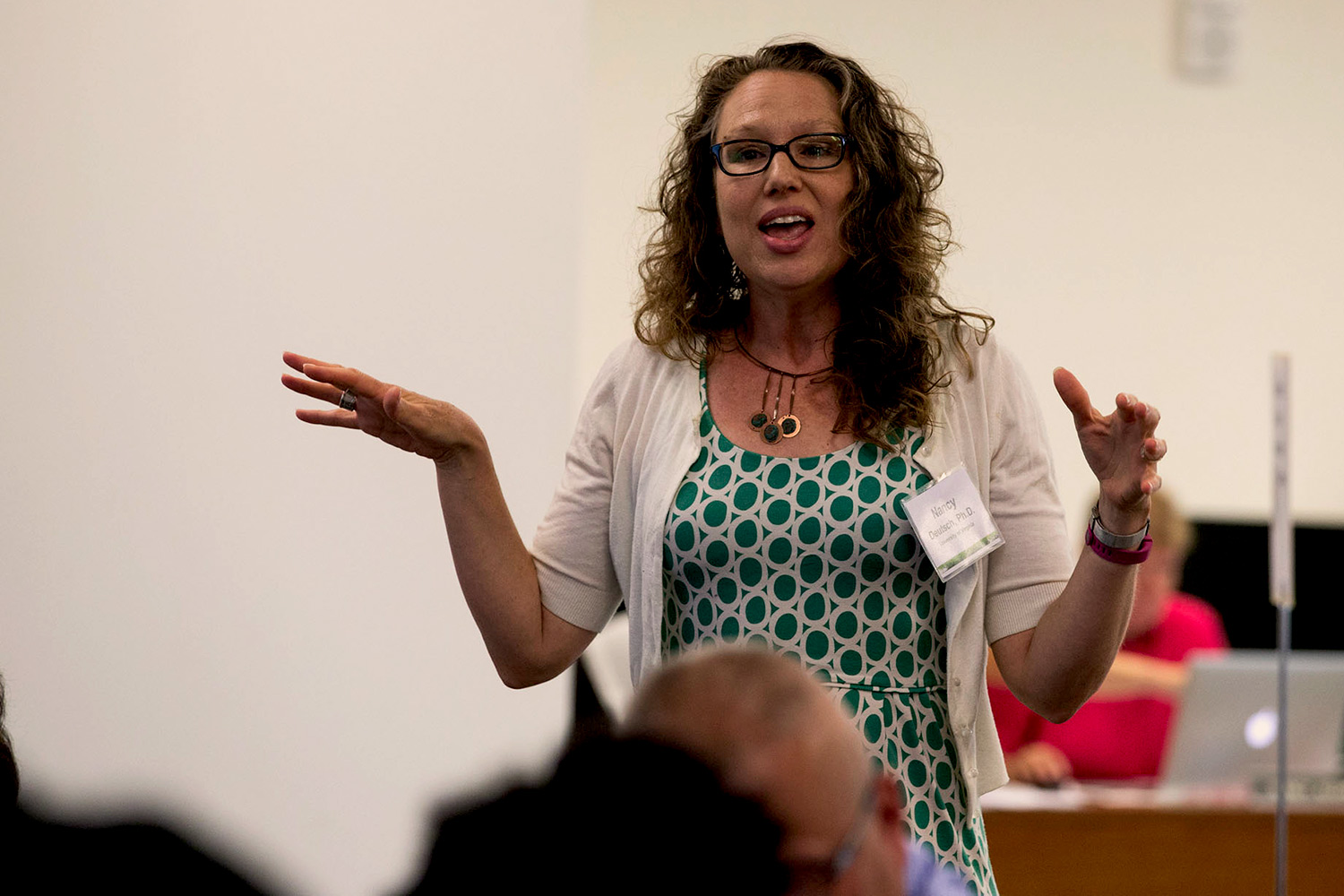 Five universities attended the pilot implementation of the institute. UVA Today caught up with Deutsch to discuss the key takeaways from the institute and what everyone should know.

Q. Has the increasing frequency with which cases of gender-based violence are appearing in the media influenced public awareness of the issue?

A. I don’t think that the increased media attention makes the issue more important; it has always been important. But I do think that the increased media attention, as well as increased light being shone on this issue by the federal government, has forced schools to pay closer attention to their campus cultures, policies and practices. The institute comes at a good time, as institutions are looking for guidance on how best to respond to Title IX guidelines, but also on how to reduce the prevalence of gender-based violence on campuses overall.

Q. Based on your expertise, what are some of the key factors to addressing this issue?

A. At the institute we talk about a prevention-response-resolution loop. Schools need to be attentive to each of these on their campus and ensure that their efforts across these areas are coordinated and addressing the issue in a trauma-informed way that stems from a larger ethos of care.

At base, campus-based violence is an outgrowth of larger cultural norms and behaviors. Schools need to look at the climates on their campuses, many of which are mirrors of larger society, and address those factors that may be consciously or unconsciously promoting gender-based violence.

Q. What do you hope that those in attendance were able to take away from the institute?

A. The learning objectives for the institute are for participants to be able to:

We recognize that different schools have different issues and needs, however, so we purposefully had a range of institution types participate in the pilot (including urban schools, suburban schools, state schools, a community college and a liberal arts college). Our goal is to develop an institute that can achieve these objectives for multiple types of institutions of higher education.

Q. What else needs to be done to continue addressing the problem of gender-based violence?

A. Our goal is that we can continue to improve the institute and serve schools nationwide, helping change cultures, practices and policies on campuses. In the end, though, gender-based violence on campus won’t disappear until our larger culture changes. Like other systemic issues, it is a problem that takes all of us to address.  In addition to working to create campus climates and policies that are trauma-informed and based around an ethos of care, we must also commit to working to change the broader cultural narratives that foster gender-based violence.

The institute was made possible through a partnership between UVA, Futures Without Violence and the Harvard Law School Gender Violence Program, as well as funding from the Avon Foundation for Women and the Jefferson Trust.

It’s Copperhead Season in Virginia. Here Is What You Need to Know END_OF_DOCUMENT_TOKEN_TO_BE_REPLACED

What’s Next for UVA’s Class of 2022? END_OF_DOCUMENT_TOKEN_TO_BE_REPLACED