Darden Couple Creates Stylish Clothing Line You Can Sweat In 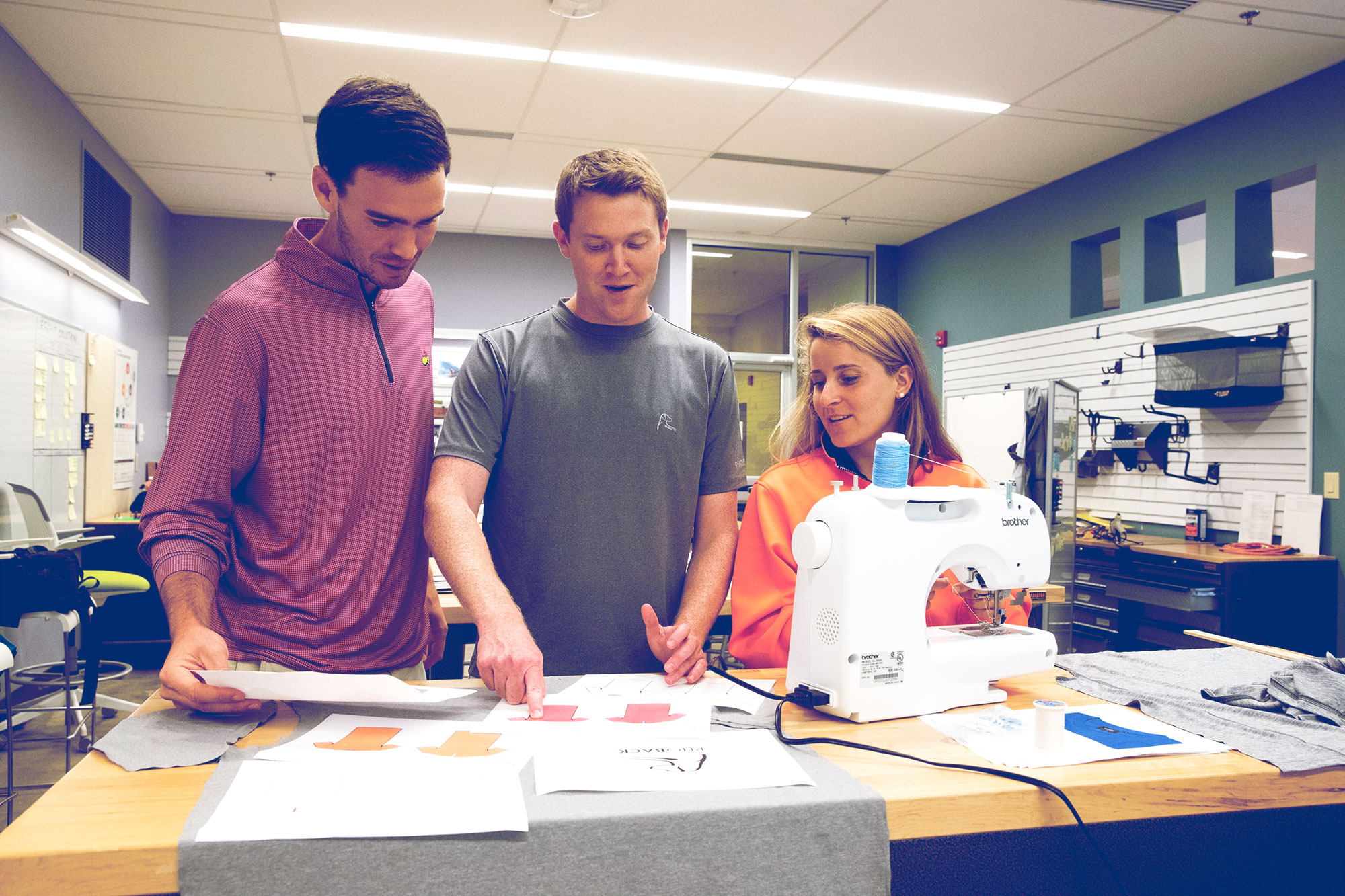 It all started with a pair of bright orange pants.

The summer before he entered the University of Virginia’s Darden School of Business in 2014, Matt Loftus and his then-fiancé, Kristina Zambelli,  had a running joke with their friends about a pair of highlighter-orange pants that one friend had purchased. The group began passing them around, taking photos of themselves wearing the pants at horse races, on the beach and even waterskiing.

"It started out as a complete prank,” said Loftus, who graduated from Darden in May. "To beat the joke to death, we even started an Instagram account called the Brotherhood of the Traveling Pants."

Soon, though, the couple’s entrepreneurial instincts kicked in. Both Loftus and Zambelli – who enrolled at Darden a year after her fiancé – knew they wanted to start their own business one day.

“We started reaching out to some clothing companies to see if they would send us some more pants in exchange for a fun marketing story,” he said.

In this case, profit was not the goal. The group wanted to raise money for the John Frankel Memorial Scholarship at Loftus’ alma mater, Davidson College. His friends had established the fund in honor of a good friend killed in a car accident in 2010.

Vineyard Vines – a clothing company known for its bright, preppy style – decided to take a chance and make the group of friends the centerpiece of their summer marketing campaign.

Vineyard Vines featured them on its website, blog and social media platforms. The company also created custom ties for the group to sell, with sales benefitting the scholarship fund.

“It was a really natural, organic campaign, and we raised over $30,000 for the scholarship,” Loftus said.

They also found their business idea.

“We were a big group of active guys sweating through our button-down shirts and khakis with each activity. We wanted something more sweat-wicking, but fun and stylish,” Loftus said. “We saw there was a space for an activewear brand targeting the higher-end male.”

Once Loftus and Zambelli were both enrolled at Darden, they began preparations to design and launch their own clothing line, Rhoback, inspired by the Rhodesian Ridgeback, a dog breed that, as the now-married Kristina Loftus put it, “is always craving activity.”

“That is our motto and that is what we are inspired by,” she said. “You don’t have to be a supreme athlete to wear Rhoback; you can just be thinking about playing tennis or golf, craving that active lifestyle.”

The couple conducted research among their classmates, prototyped designs for polos, T-shirts, hats, athletic shorts and more, designed their website and began negotiations with manufacturers.

“The Darden community has been amazing,” Matt Loftus said. “It feels like we’ve interviewed the whole school; they’ve felt fabrics, they told us how they liked their shirts to feel and look.”

In April, their research paid off when Rhoback won the 2016 EDENS Retail Challenge, beating out more than 100 MBA startups in the nationwide competition seeking the most compelling new retail concept. (The sponsor, EDENS, a real estate company, develops shopping complexes around the country, including Charlottesville’s Shops at Stonefield.)

“The EDENS contest was a really great experience,” Kristina Loftus said. “We talked to several people at EDENS who helped us develop our ideas, a designer who helped us with the logo, and we got a lot of real-time feedback.”

Milestones followed in rapid succession. First, the couple married in May, with a ceremony in downtown Charlottesville followed by a reception at Verulam Farm. Then, they enrolled in UVA’s iLab, where they perfected their business plan and began rolling out prototypes for their launch. After the iLab, Kristina Loftus started her second year at Darden, while her husband took a job in consulting, continuing to work on Rhoback’s launch during his off hours. 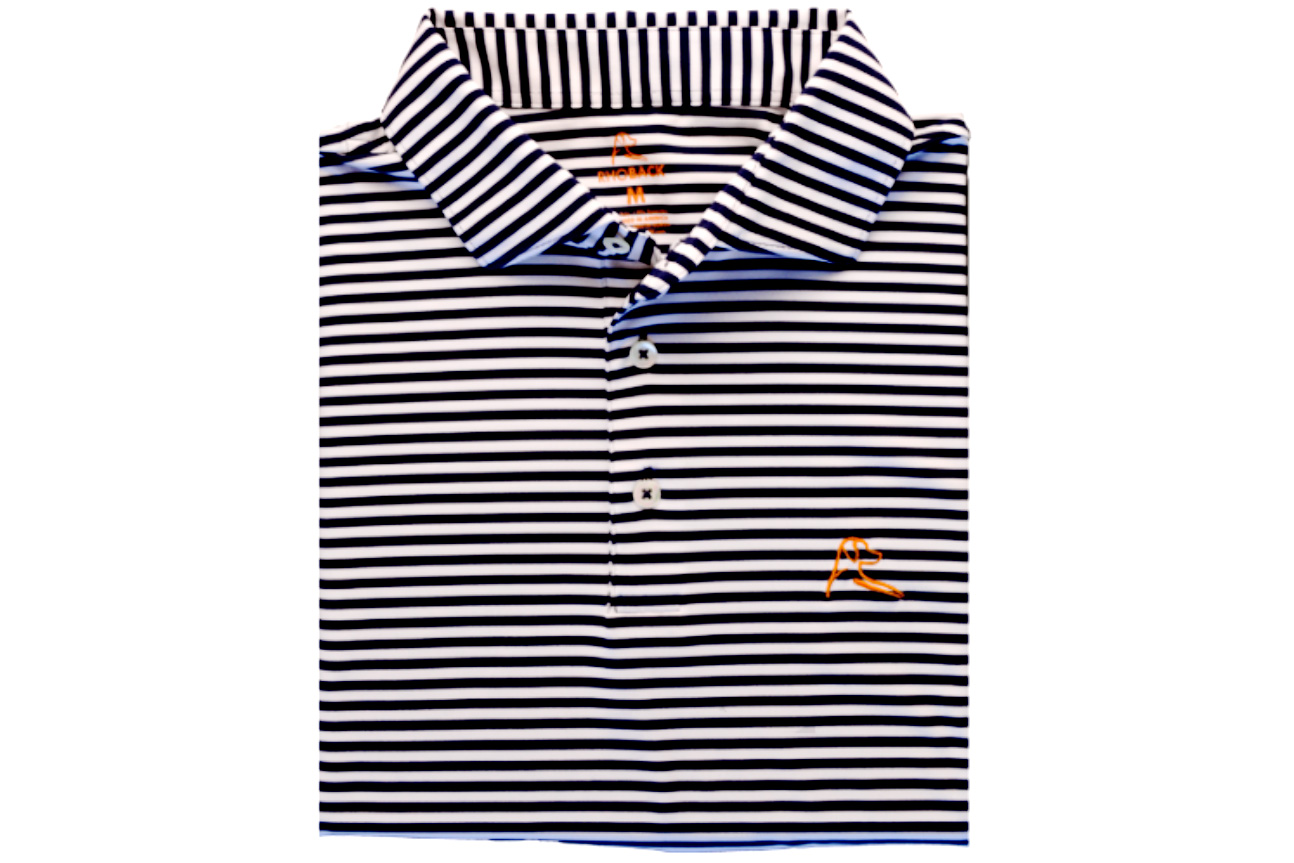 In December, after several years of hard work, the Loftuses launched their first product line, offering three performance polo styles, two T-shirt styles and four hat styles in multiple colors. Each product features two small colored lines on the back – a “ridge” mimicking the distinctive ridge of hair that runs along the Rhodesian Ridgeback’s spine, in the opposite direction from the rest of its coat.

The clothing is made of a moisture-wicking, anti-microbial fabric that offers built-in sun protection and can be machine-washed and dried for minimal maintenance.

“We went to multiple tradeshows and talked with several manufacturers to nail down the fabric we wanted, which is a 92 percent polyester, 8 percent spandex mix,” Kristina Loftus said. “We did not want to do cotton. We wanted it to be wicking, sweat-resistant and odor-resistant.”

Since the initial launch, Rhoback has sold over 700 products, more than 70 percent of their inventory. They are already working on additional men’s products, such as a quarter-zip pullover and athletic shorts, and are planning to launch a women’s line in the future.

Continuing the spirit of the Brotherhood of the Traveling Pants campaign, they are also eager to give back to the community. 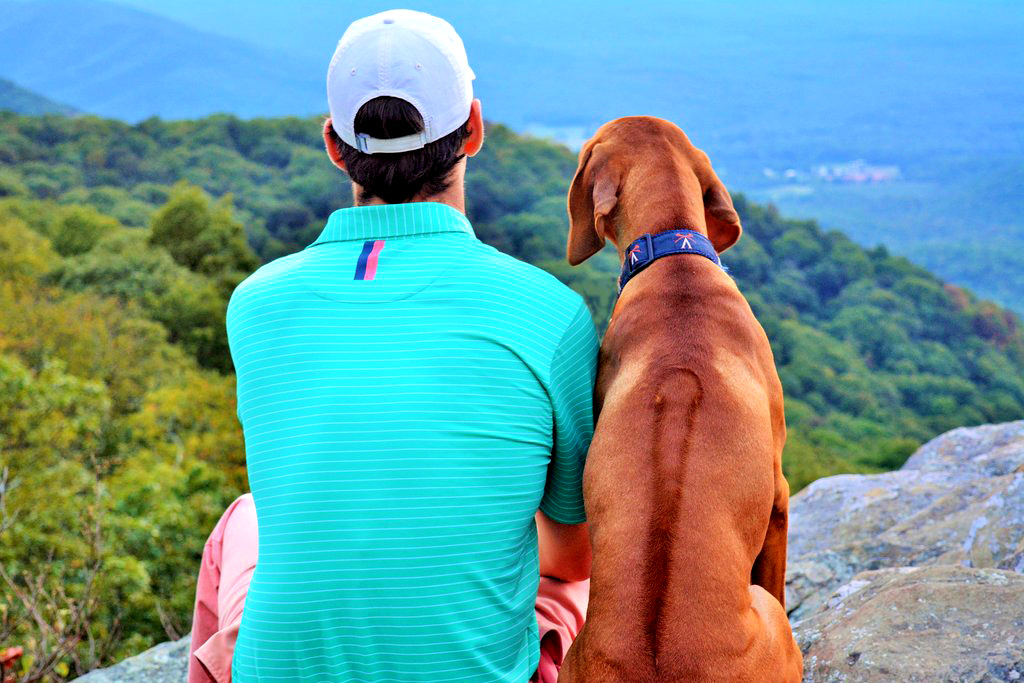 “There are two big campaigns we want to do,” Matt Loftus said. “One is a general health-and-wellness campaign. Right now, our customer does not have an activewear brand he can rally behind. Giving him that active brand will hopefully help him be more active and healthier.”

“Our goal is to host a camp there for underprivileged kids,” he said. “We want to give communities that are not as well off an opportunity to crave activity and live an active lifestyle.”

Ahead of Thanksgiving, Hoos Look Back With Gratitude END_OF_DOCUMENT_TOKEN_TO_BE_REPLACED

The Cavalier Marching Band Marches On – Even When Apart END_OF_DOCUMENT_TOKEN_TO_BE_REPLACED