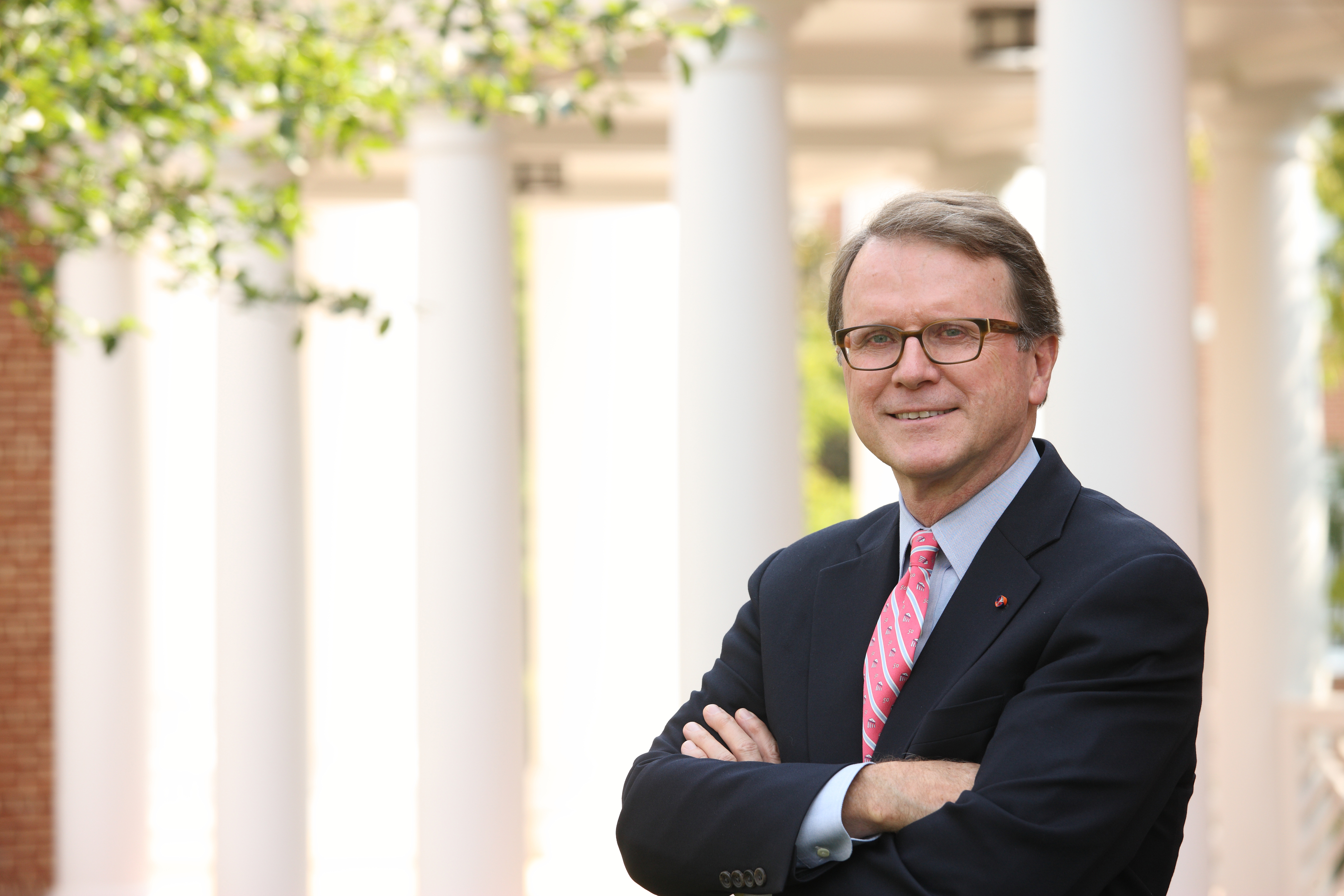 The University of Virginia announced today that Robert F. Bruner will return to the faculty of the Darden School of Business upon the completion of his second term as the school’s dean in 2015. During nearly a decade as dean and his previous 23 years of teaching, he has advanced Darden’s presence and stature on the global stage.

“Bob Bruner’s impact on Darden has been transformational and will carry the school forward,” U.Va. President Teresa A. Sullivan said. “Darden is recognized worldwide for student satisfaction and for delivering the best graduate business education experience. Bob and his team have achieved this reputation through curricular innovations, the launch of two new formats of the Darden MBA, an unrelenting search for top faculty and student talent, and attention to every detail of the academic experience.”

Executive Vice President and Provost John Simon also announced that Ken Eades will chair the committee charged with conducting a global search for the ninth dean of the Darden School. Eades is a professor of business administration at Darden and a professor and area coordinator in finance.

“We will conduct a thorough search and offer opportunities for all of Darden’s constituencies to engage in the process,” Simon said. “Bob has laid a strong foundation for Darden to continue to make its mark on the world stage.”

Bruner, the Charles C. Abbott Professor of Business Administration and a Darden faculty member since 1982, is the Darden School’s eighth dean, and one of its longest-serving. He has won numerous teaching awards and has advanced both the Darden School and the global field of management education.

At the conclusion of his second term in July 2015, Bruner will return to the faculty and take a traditional one-year leave of absence. He plans to return to resume a focus on teaching, research and writing.

“We’re on a mission at the Darden School,” Bruner said. “Each day, our global community pulls together to improve the world by developing responsible leaders and advancing knowledge. Leading this mission over the past nine years and in the year ahead has been, and is, a privilege. We have depth of leadership throughout Darden. And we have great momentum. I am proud of all that the extended community of the Darden School has – and will – achieve.”

Bruner and his leadership team have led Darden toward new frontiers, particularly in technology, diversity, globalization, and entrepreneurship and innovation. During his tenure, the Darden School has launched two new formats of the Darden MBA, targeted at executives who wish to work full time while pursuing the degree: the MBA for Executives, composed of monthly residencies and distance learning, and the Global MBA for Executives, which combines six, two-week residencies in Brazil, China, India, Europe and the United States.

Through the executive MBA formats, Darden has established itself as a leader in online learning, delivering real-time, high-engagement online classes and hosting virtual team meetings.

Among business school deans, Bruner is recognized as a pioneer in the use of social media. He started his popular Dean’s Blog in 2006 and is a prolific tweeter. He has encouraged leading-edge efforts in technology at Darden, including the school’s 2009 collaboration with Amazon to pilot e-readers in the classroom and the 2013 delivery of several massive open online courses (MOOCs) on the Coursera platform. More than half a million people registered for the courses.

As part of the Campaign for the University of Virginia, Bruner and team raised $150 million for Darden and established new research “centers of excellence,” including the Darden Center for Asset Management and the Darden Institute for Business in Society. Financial aid for students has also increased, and the academic potential, diversity and geographic reach of students have reached new heights. The Class of 2015 boasts record-breaking GMAT scores and grade-point averages and represents 37 countries. Career placements are near the all-time high.

During a time of unprecedented global competition, Bruner and team have expanded Darden’s outreach to alumni, corporate partners and media around the world. In 2011, Bruner led a global task force of deans for the Association to Advance Collegiate Schools of Business that produced a comprehensive review of global management education. The resulting book-length report, “The Globalization of Management Education,” urged educational leaders to rise to the challenges of globalization as they prepare students.

Born in Chicago and raised in Wisconsin, Bruner received a B.A. from Yale University and the MBA and DBA degrees from Harvard University. A master of the case study classroom, he teaches and conducts research in finance and management and has served as a visiting professor at INSEAD, IESE and Columbia University business schools. He has written or co-written some 300 case studies and several books, including “Deals From Hell,” “Applied Mergers and Acquisitions,” “Case Studies in Finance” and “The Panic of 1907: Lessons Learned From the Market’s Perfect Storm.”

“Bob’s passion for teaching, writing and research, his steady, strong leadership and the sum of all the efforts he has led as dean have made a tremendous impact on this school,” Phil Knisely, chair of the Darden School Foundation, said.

Do You Know the History of Your Favorite Corner Spots? END_OF_DOCUMENT_TOKEN_TO_BE_REPLACED

Netflix to Add Ads. Why This Could Be a ‘Game-Changer’ for Your Viewing Experience END_OF_DOCUMENT_TOKEN_TO_BE_REPLACED

What’s Next for UVA’s Class of 2022? END_OF_DOCUMENT_TOKEN_TO_BE_REPLACED