Decisions in a Heartbeat: How 2 UVA Researchers Help Children on Transplant Waitlist 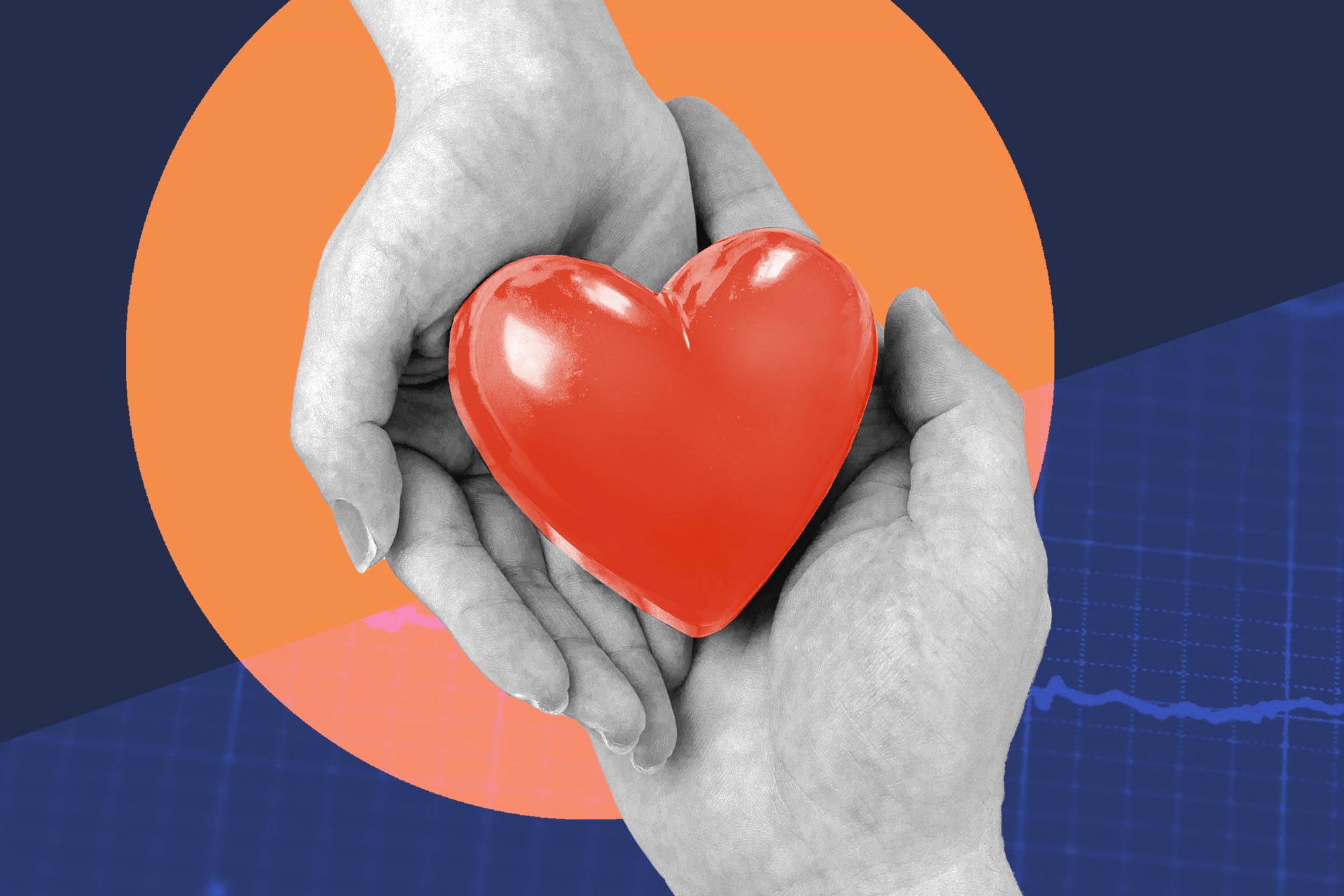 Inevitably, the call comes in the dark hours of the morning, the result of something tragic. Dr. Michael McCulloch, an associate professor and pediatric cardiologist at UVA Children’s Heart Center, picks up the phone. A voice on the other end explains, as he knew it would, that a pediatric heart donation is available. Does he want it?

Urgency is never felt so keenly as when it involves organ donorship.

McCulloch wants his young patients to live, and many of them won’t without a new heart. He knows that almost 20% of all pediatric patients on the waitlist for hearts in the United States die before they receive one. But the heart must be healthy and a good match for the patient, or a transplant could make matters worse.

How does he decide?

McCulloch has to take many factors into consideration when accepting or rejecting a donor heart, such as the time since the donor was declared dead, whether the donor was given CPR and for how long, the medications that were administered before death, and what the heart looks like on an ultrasound.

There are about 40 or 50 donor variables McCulloch sorts through to determine whether the donor is a suitable match for his wait-listed patient. The typical decision turnaround time is 15 minutes.

“I found myself wishing that I had some type of analytic tool that could take all of these variables and give me some reports so that I could understand more about the heart in front of me," McCulloch said.

He decided to try to create a more systematized analysis so the acceptance criteria could be more comprehensive, data-driven and faster.

“I don’t think I would have thought to do this project if I hadn’t changed institutions and come back to UVA to start working with Dr. Tom L’Ecuyer” – UVA’s pediatric cardiology division chief and medical director of the Pediatric Heart Failure and Heart Transplant Program – “who was so dynamic and experienced in donor acceptance,” McCulloch said.

“At UVA we are successfully using more donated hearts, which gave me a new perspective about what was possible,” he said.

And McCulloch was thrilled, through a seed grant provided by the UVA Center for Engineering in Medicine, to find a top-notch data scientist at the UVA School of Engineering and Applied Science with whom he could start his dream project, one that could change the face of donor organ management and acceptance practices.

McCulloch teamed with Michael Porter, an associate professor in two UVA schools: the School of Engineering and the School of Data Science. Porter’s research focus includes finding meaning and relevance in large datasets by tracking down patterns – patterns that can’t easily be recognized without using data science tools. 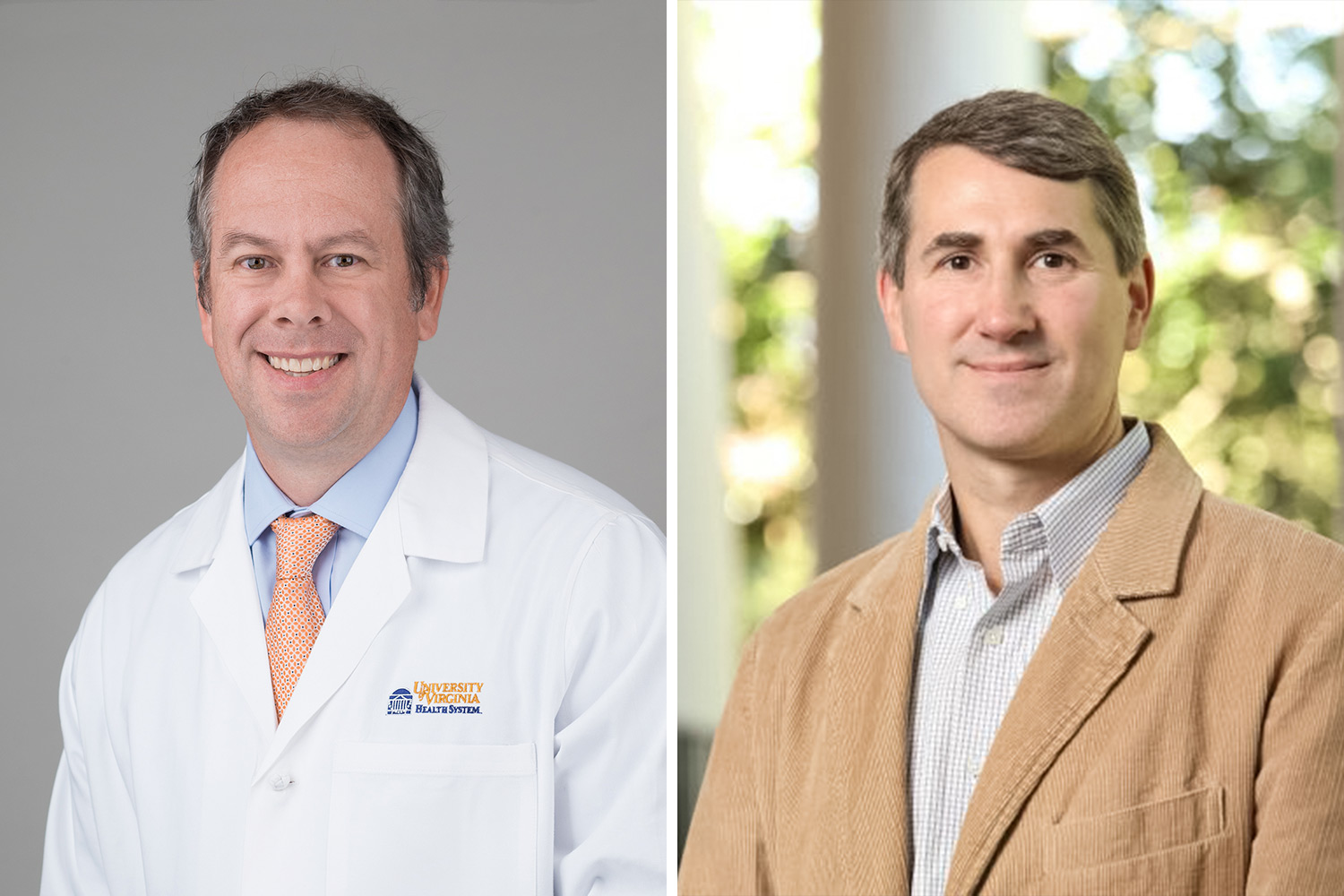 His expertise also includes data modeling, which is identifying relationships from the patterns and eventually using them to create different scenarios and predicting their consequences and the consequences of their many permutations. Porter has used data science to help predict crime, terrorism and even traffic incidents. He hopes to eventually use the same type of modeling and predictive analysis to identify viable, healthy donated pediatric hearts.

The team moved forward on the premise that pediatric hearts are very resilient. They haven’t been subjected to decades of smoking, obesity, high blood pressure or diabetes. The team believes that if the hearts are supported properly, most of them could be used for donation.

Managing a Sea of Data

The first step toward predicting transplant success with a donated heart – remember McCulloch’s 50 variables? – is documenting and analyzing the characteristics of hearts accepted in the past.

For this project, the team will focus solely on the path to accepting or declining donated hearts. In the future, they hope to combine their findings with patient recovery data; that is, how well the children receiving the hearts did after different intervals, ranging from three months to a year after surgery.

Porter and McCulloch are trying to find commonalities in what makes for a successful match by analyzing 10 years of patient data – anonymous because of privacy requirements – that includes the history of more than 20,000 pediatric heart patients in the United States. The data was provided by the United Network of Organ Sharing, a nonprofit under contract with the federal government to oversee the nation’s transplant system.

The team has hit one of the first milestones, which is to merge all the data into one database where all the records are uniform. Scrubbing gigabytes of data is time-consuming and tedious, which is why this first part of the project took six months.

“We’re looking at data that’s never been looked at before.”

Porter wrangled the equivalent of tens of thousands of massive spreadsheets to create a homogenous dataset that could be used for modeling. Luckily, he had help from a team of UVA undergraduate engineering students.

“It’s been thrilling to bring in a fourth-year capstone team of systems engineering undergrads and have them get the experience of helping to solve a real-world problem that can save lives,” said Porter, who is among the faculty of the Department of Engineering Systems and Environment.

“And now, we’re looking at data that’s never been looked at before,” he said. “For the first time, we will be able to see what happens from the time a heart is considered available, neurological death, to the time the heart is accepted or declined – not just with one or two patients, but with over 20,000 pediatric patients. This baseline data will start to paint a picture.

“For example, our first analyses can tell us things like if the size of the [transplant] program is correlated with heart acceptance, and then we can investigate what that might mean. Or if donor demographics seem significant in acceptance rates,” Porter said.

“We’re looking at the organ procurement organizations, the groups that manage the donor heart once a patient is declared dead by neurologic criteria, and then seeing if the outcomes are different. This could suggest that differences in management strategies or approaches, maybe even just on the front ends, could influence outcomes,” McCulloch said.

They are scheduled to present their initial findings at the International Society of Heart and Lung Transplant Annual Meeting in Boston, set for April 27-30.

That’s just the beginning. The team is now in search of relevance; e.g. what traits, or sets of traits, accepted hearts had in common, contrasted with the traits the hearts declined for transplant had in common. But that’s easier said than done.

One complicating factor is that many of the 50 variables are temporal measurements – the duration of an event, or the time between events – collected at different points in the donor’s progression, so it’s harder to pool aggregate data that would flag something of significance. And the acceptance decision may be based on the worst measurements, the most recent measurements and even the most recent trends. To create algorithms that can narrow down meaningful combinations and relationships, Porter and McCulloch needed to do some intense cross-collaboration between their fields.

“When we have discussions about it, it’s like a German and a Greek striving to speak Latin to one another,” McCulloch said.

“But it’s so exhilarating when we have these conversations. I can’t count the number of times that I’ll start saying something in response to a question that Mike or somebody from the team has asked, and my initial response in my head will be, ‘There’s no way that can be relevant,’ but, as we start talking, I’ll think, ‘Wait a minute, maybe that is relevant, maybe I’m oversimplifying here.’”

“There is a need for models and analytics that just don’t exist right now, and our conversations are driving these developments,” Porter said. “Maybe we asked questions of his team that they wouldn’t have thought to ask before, but in the same way, they’re saying things that are challenging us, too. This is so new. No one’s done what we’re doing yet and that’s so very exciting.

“And we’re working very closely together,” Porter said. “As we apply the algorithms, we learn more about the data and the process. This leads to further algorithmic refinement and improvement.

“Mike is even helping write some of the code. Now that’s interdisciplinary!”

The first thing the team hopes to produce for clinical testing is a scorecard based on the retrospective data. What were the ranges of measurements for the 50 variables of the hearts that were accepted? How does that compare to the ones that were declined? This will be an excellent starting point to evaluate new donor hearts, especially after the team does a layer of analysis on top of the raw data.

“Imagine going from having just the data in your practice to use for decision-making to having the analyzed data of 20,000 patients for the past 10 years,” Porter said. “That’s a lot more confidence for that early morning call.”

The scorecard would be used as more of a guide to assist doctors in their decision-making, not as a fixed protocol. Eventually, the team hopes to put the data in a cloud app where everyone can both use the tool and contribute their data – allowing the scorecard to continually be refined. With enough refinement, the scorecard could eventually become a predictive tool. The scorecard and predictive modeling techniques potentially could apply to other types of organ transplants, McCulloch said.

“We hope that one day this modeling tool will tell us – all pediatric cardiologists – whether to take actions like: accept the heart right now, wait six hours to see what its condition is, or pass completely, and more," he said.

McCulloch and Porter’s work was made possible by grants from the UVA Center for Engineering in Medicine, iTHRIV and the Jefferson Trust.