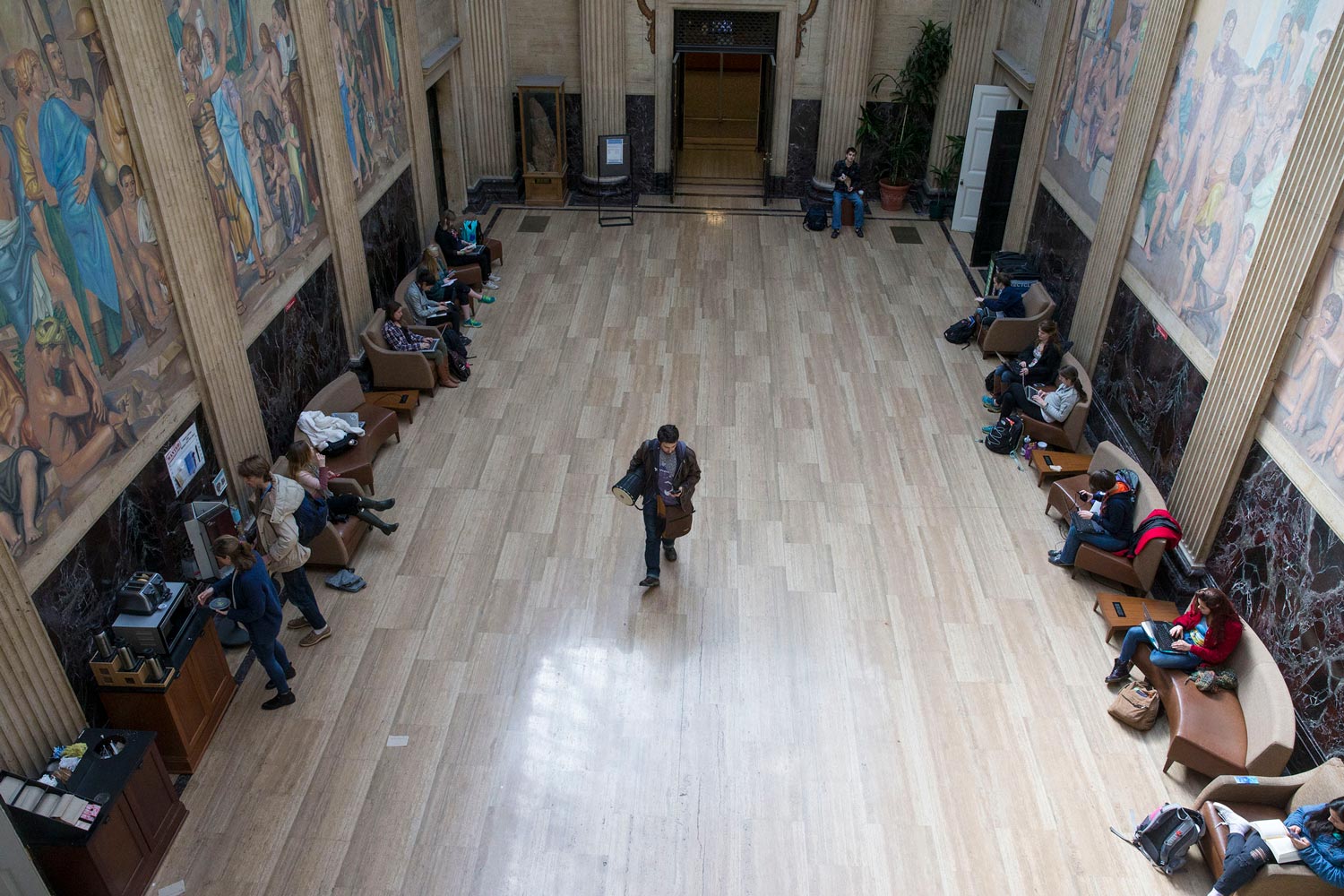 Clark Hall is now a lot cheaper to operate, thanks to Delta Force.

Clark Hall, which opened in 1932 and currently houses the University of Virginia’s Department of Environmental Sciences and the Charles L. Brown Science & Engineering Library, is now much more energy-efficient after Delta Force – a team of UVA engineers, technicians and specialists who focus on conserving resources such as energy and water – reviewed and retrofitted its systems.

“Because of Delta Force, there is about 67 percent energy cost savings at Clark Hall, reducing the annual energy expense from around $1.2 million to about $450,000, and preventing the emission of over 5,000 metric tons of carbon dioxide equivalent per year,” said Jesse Warren, sustainability program manager for buildings and operations in UVA’s Office for Sustainability.

Among the upgrades made at Clark Hall:

Warren said the process is a team effort. “Energy engineers examine the property and then work with Facilities Management’s Building Optimization Team, a cross-functional team of HVAC and controls technicians, plumbers, electricians – anybody who can retrofit the building while it is in use without creating a major disruption for the tenants,” he said.

Delta Force analyzes a building’s energy use, determines ways of reducing it and then implements the changes. Once a project is complete, the Delta Force framework is then carried over to the next project.

During the Clark Hall retrofit, the building’s occupants were part of the process. Administrators in the Department of Environmental Sciences worked with the Office for Sustainability to adjust computer sleep settings, address air temperatures in office spaces and consolidate appliances where possible. For their efforts, they earned UVA Green Workplace Certification at the “Silver” level.

“This way the people who are working in the building can optimize their choices and they can help with the process,” Warren said.

The Clark Hall project cost around $2 million, with $1.25 million funded by the Delta Force’s budget and $750,000 coming from the maintenance budget. Delta Force’s expenses have already been recovered from utility savings.

Delta Force has worked on about 65 University buildings, which together account for about 47 percent of the University’s energy use.

Clark Hall was dedicated in 1932 to house the School of Law. The environmental sciences department moved in when the Law School moved to North Grounds in 1975. The building construction was funded by William A. Clark Jr., a member of the Law School’s Class of 1899 and friend of then-University President Edwin A. Alderman and Law School Dean William Minor Lile. It was named in honor of Mabel Duffield Foster Clark, William Clark’s first wife, who died in 1903 shortly after giving birth to their only child, William Andrews Clark III.

There were two additions to Clark Hall while it was still the Law School, one in 1949 and the other in 1962. A large addition to the back of the building, which included the Charles L. Brown Science and Engineering Library, was completed in 2003.