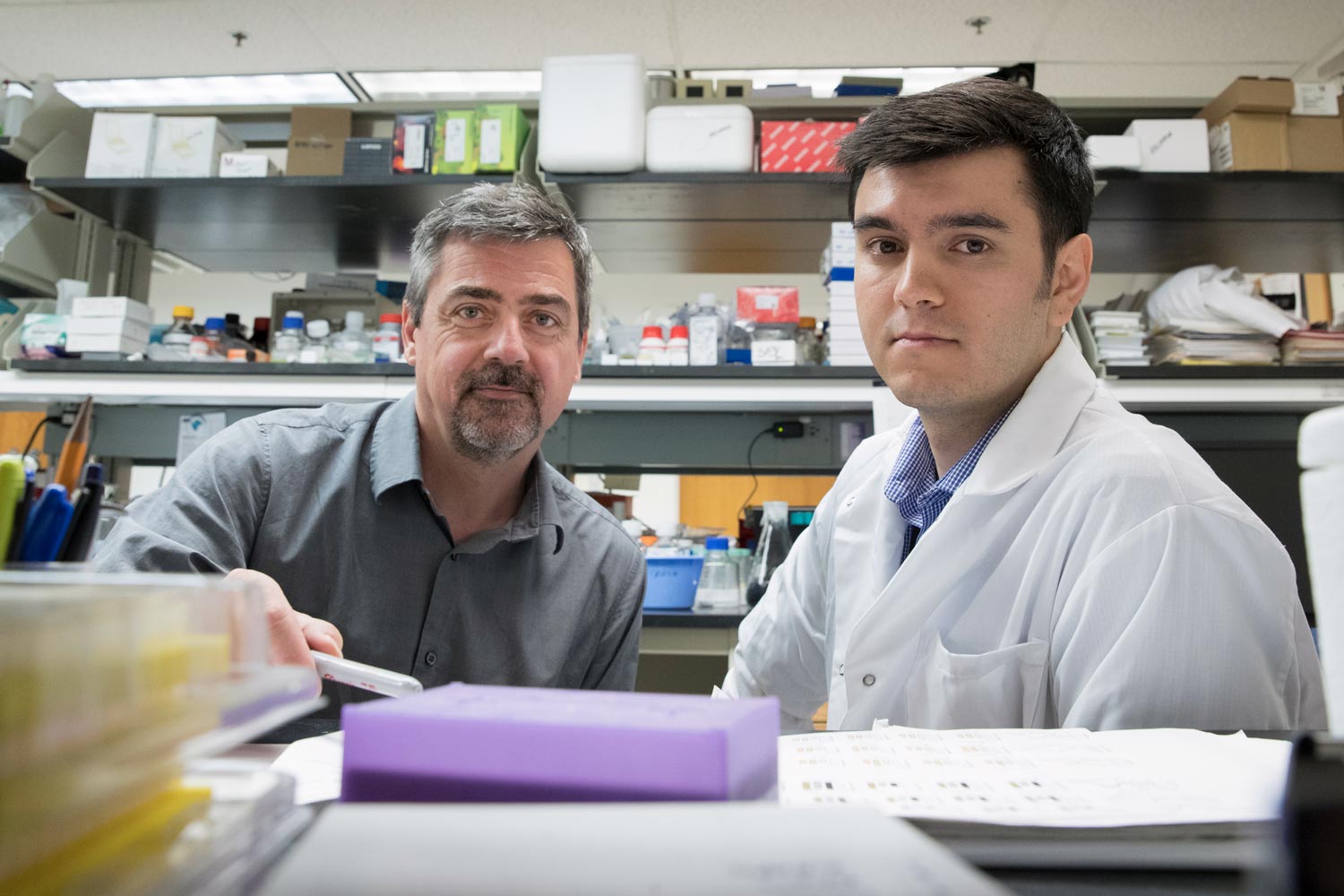 New research from the University of Virginia School of Medicine explains why obesity causes harmful inflammation that can lead to diabetes, clogged arteries and other health problems. Doctors may be able to use this knowledge to battle these chronic diseases and others driven by damaging inflammation.

“All these diseases have a common denominator,” researcher Vlad Serbulea said. “It may well be that we’ve identified what starts off the whole cascade of inflammation and metabolic changes.”

The researchers, for the first time, were able to explain why resident immune cells in fat tissue – immune cells that are thought to be beneficial – turn harmful during obesity, causing unwanted and unhealthy inflammation.

The research team, led by Norbert Leitinger of UVA’s Department of Pharmacology, found that damaging “free radicals” produced within our bodies react with substances known as lipids inside fat tissue. This attack on the lipids prompts them to cause inflammation, a natural immune response.

“Free radicals are so reactive that they want to hitch onto something,” Serbulea explained. “Lipids happen to be a very good sink for these radicals to combine with.”

“When we compare healthy and obese tissue, what seems to change is the ratio of full-length and truncated oxidized lipids,” Serbulea said. “Our studies show that the full-length, or longer, oxidized lipids are quite inflammatory. They promote inflammation within these immune cells, and we think that instigates and perpetuates the disease process within [fat] tissue during obesity.”

A Drug to Combat the Inflammation of Obesity

Now that scientists know which oxidized lipids are causing problems, and how, they can seek to block them to prevent inflammation. They may be able to develop a drug, for example, that would reduce the number of harmful, full-length oxidized lipids.

“Now, knowing that some of these molecules are really bad guys, so to speak, eliminating them from the circulation may have a very beneficial effect on chronic diseases,” said Leitinger, of UVA’s Robert M. Berne Cardiovascular Research Center and UVA’s Carter Immunology Center.

Alternately, doctors might want to promote the number of beneficial, shorter phospholipids. “Inflammation is important for your body’s defenses, so you don’t want to eliminate it completely,” Leitinger said. “It’s a question of finding the right balance.”

By restoring that balance, doctors may be able to make significant inroads against chronic diseases that now plague millions of people.

“One thing we showed is that metabolism in the immune cells is an exploitable target,” Serbulea said. “It’s been a target in diseases like cancer, but now for obesity and atherosclerosis it becomes more and more of a focus.”

The researchers have published their findings in the Proceedings of the National Academy of Sciences. The research team consisted of Serbulea, Clint Upchurch, Michael Schappe, Paxton Voigt, Dory DeWeese, Bimal Desai, Akshaya Meher and Leitinger.

Q&A: Assessing the Risks and Rewards of Pelosi’s Plan to Visit Taiwan END_OF_DOCUMENT_TOKEN_TO_BE_REPLACED

These Giant Wind Turbines, Inspired by Palm Trees, May Be the Future of Renewable Energy END_OF_DOCUMENT_TOKEN_TO_BE_REPLACED