Does Anyone Win in a U.S.-China Trade War? 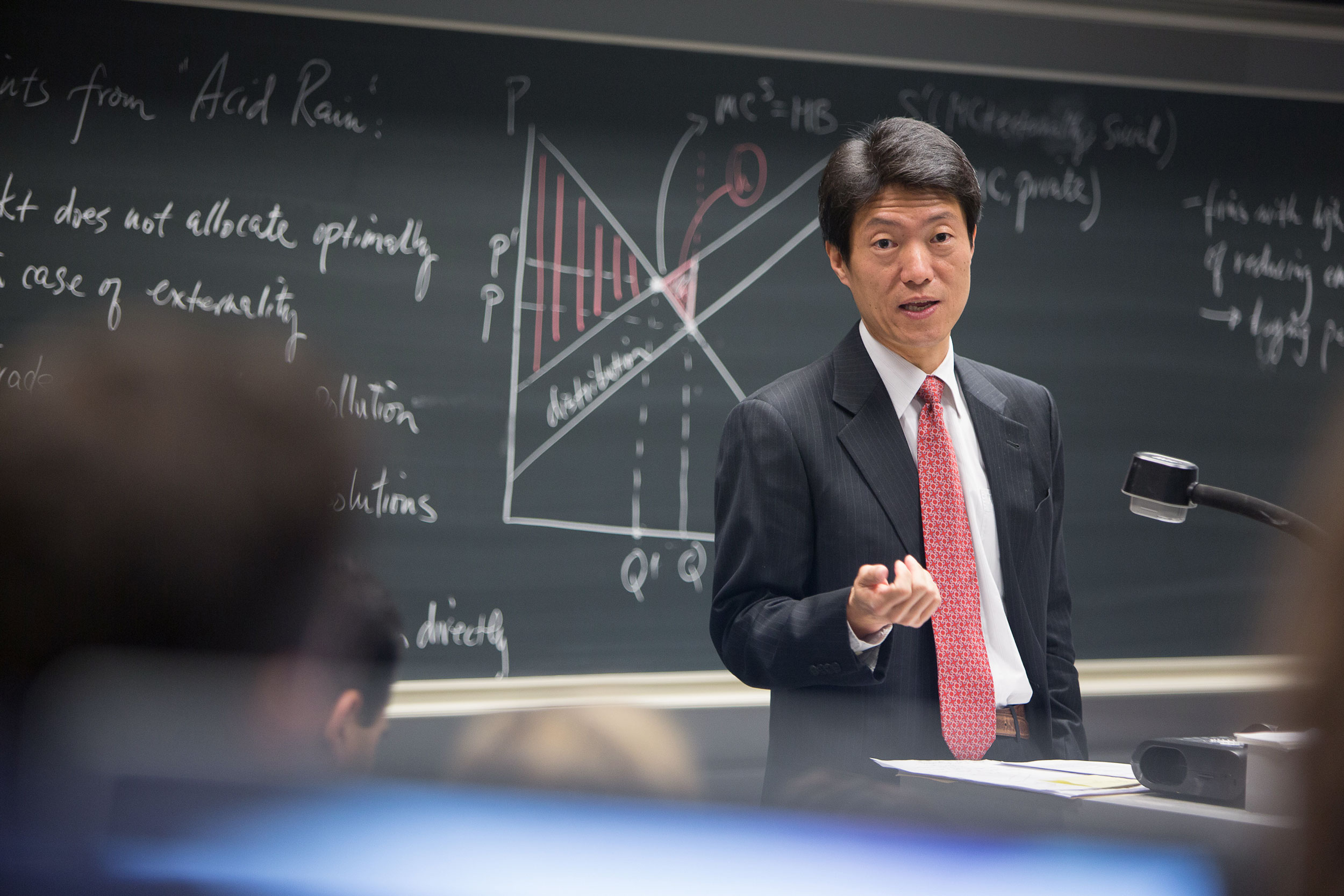 Ha Jiming, an economist and former vice chairman and chief investment strategist at Goldman Sachs in China, recently spoke to students at the University of Virginia’s Darden School of Business about the economic consequences of ongoing trade disputes between the United States and China.

The talk came ahead of a looming March 2 deadline to prevent another round of escalating tariffs between the two countries, and as negotiations continue to strike a trade deal that both leaders can live with.

In his State of the Union address this month, U.S. President Donald Trump said any trade deal with ChiCycle of Tariffsna “must include real, structural change to end unfair trade practices, reduce our chronic trade deficit and protect American jobs.”

It remains to be seen how palatable such changes might be to China’s government following two days of talks in Washington, D.C. last month between U.S. and Chinese negotiators. Those talks reportedly produced little progress, though China did end the talks with “soybean diplomacy” – a promise to buy an additional 5 million metric tons of U.S. soybeans.

On the other hand, China has already signaled its intention to retaliate with new tariffs once the 90-day trade truce between the two countries, negotiated by Trump and China President Xi Jinping, expires on March 2 if the U.S. moves ahead with stated plans for a massive round of tariff increases on Chinese imports.

The stakes are high, and U.S. Trade Representative Robert Lighthizer and Treasury Secretary Steven Mnuchin traveled to China in mid-February to continue talks.

In his discussion with Darden’s chapter of the Adam Smith Society – which explores links between economy, government and society – Ha focused on what would happen when the tariffs were raised and which countries could advance as a result of the conflict.

Below, he and Darden professor Dennis Yang, academic director of Darden’s Asia Initiative, break down the possible consequences.

The Office of the United States Trade Representative has promised a tariff rate increase from 10 percent to 25 percent on $200 billion worth of Chinese products on March 2, which comes in addition to a 25 percent tariff already placed on $50 billion of goods such as vehicles and semiconductors last summer. The U.S. government said it would impose the tariffs as part of its “continuing response to China’s theft of American intellectual property and forced transfer of American technology,” and to reduce its trade deficit with China and bring jobs back from overseas.

In his talk, Ha predicted a 25 percent tariff would lead to an overall 0.1 percent decrease in China’s gross domestic product growth. While this would cause some problems for the world’s economy, Ha said, he predicted a more negative outcome if the tariffs encouraged China to retaliate with additional tariffs – perhaps up to a 1 percent decline in China’s GDP. When the U.S. trade representative announced the tariff increase on the $200 billion of Chinese products in September, China quickly announced it would raise tariffs on $60 billion of U.S. goods, once the new U.S. tariffs were enacted.

If the trade war deepens, Ha said the Chinese government could depreciate its currency and the U.S. dollar would become stronger, making the exports of U.S. goods more expensive, which could neutralize the U.S. goal to close the trade gap. Changes in the value of the currencies of the world’s two largest economies could potentially exert significant pressure on both the Chinese and U.S. stock markets. Darden Professor Robert F. Bruner predicted a similar potential for a currency-driven shock in a recent Darden Ideas to Action article on threats to the U.S. economy.

Ha said China and the U.S. will likely try to limit dependence on the other, in the event of a full-blown trade war. The World Trade Organization indicates that the U.S. is the largest importer, having imported physical goods totaling $2.4 trillion in 2017 compared to $1.8 trillion for China. But what is the U.S. importing and who are the major contributors?

While Trump has said his intent with the tariffs is to relocate industries back to the U.S., Ha said he was not so sure the measures would result in that outcome. Ha believes there could be a relocation of the supply chain, but industries would likely relocate to another export leader such as Mexico.

Surveying the Landscape for Clues and Vulnerability

From his research on the U.S.-China trade relationship, including current and potential impacts of the ongoing trade dispute, Yang identified several factors that shed light on the consequences of the tariffs and on areas in which each nation has leverage in negotiations:

Which Issues Are Key to a Deal?

After analyzing the vulnerabilities of each economy and potential economic implications of a trade war escalation following March 2, Yang predicted several core issues must be resolved for a successful U.S.-China trade deal to be reached.

“On the surface, the central issue of the negotiation is the trade gap,” Yang said. “But the real core of the issue is intellectual rights protection, China’s state-sponsored industrial policies and fairness and competition in technological advancement.”

The arrest in Canada and attempted U.S. extradition of Huawei CFO Meng Wanzhou highlights the issue. Yang said the arrest was seemingly independent of the trade negotiations, but both aim at resolving issues related to intellectual property and future strategic competition in technology.
Regarding the trade gap, China’s offer to buy more U.S. soybeans provides the basis for a trade deal, but Yang said the more important issue is what agreements can be made on structural reforms.

“It is hard to imagine China can change its industrial policies,” Yang said. “In addition, implementation of certain agreements would be obscure and difficult.”

There is still hope that a trade war between the U.S. and China will not occur, but Ha said he suspects things will get worse before they get better. He believes the two countries are culturally very different and their trade associations have kept their relationship intact. When asked if he thought there was a possibility of military conflict, Ha said it was not a topic to which he could speak, but that global disputes over the South China Sea did not make him optimistic.

Here Is What You Need to Know About the New Coronavirus Variant, Omicron END_OF_DOCUMENT_TOKEN_TO_BE_REPLACED

Fall Is in the Air on Grounds END_OF_DOCUMENT_TOKEN_TO_BE_REPLACED

Meet the Cats and Dogs Your CVC Donation Supports END_OF_DOCUMENT_TOKEN_TO_BE_REPLACED