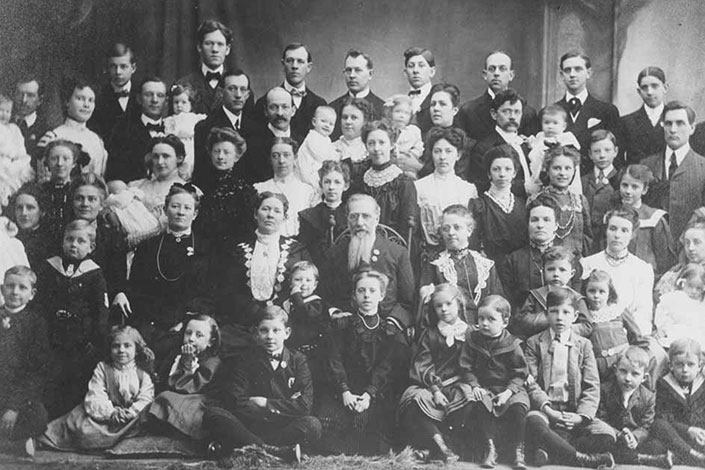 University of Virginia religious studies professor Kathleen Flake is building a digital database of early polygamous marriages among Mormons to understand the nature of these marriages, their internal logic and the resistance to conventional 19th-century norms. Though a historical study, it raises many of the same issues as today’s debate over the definition of marriage.

Flake, Richard Lyman Bushman Professor of Mormon Studies, is concentrating her research on the small town of Nauvoo, Illinois from 1842 to 1852, a decade that included some of Mormonism’s first plural marriages. At the time, both the public at large and many within the church itself were opposed to the practice, which the church officially banned in 1890.

Working with U.Va.’s Institute for Advanced Technology in the Humanities, where she is a 2014-16 faculty fellow, Flake has begun cataloguing every plural marriage undertaken in that period, using genealogies kept by the Church of Jesus Christ of Latter-day Saints. The Early Mormon Marriage database will include basic identifying information about each participant and as much relational information as possible, to shed light on how each member of the community was connected and what motivated their unions.

“We are trying to create a competent listing of who engaged in these marriages and to understand something about them that will help us understand their choice to be married polygamously,” Flake said. “What did they hope to accomplish?”

Ultimately, Flake hopes that the database will provide scholars with a better understanding of how polygamous marriage and the resulting large, closely connected families affected the social fabric of the community.

Flake’s work will help marriage scholars understand the controversial practice in the 19th century and could inform new debates that have arisen after the Supreme Court’s Obergefell v. Hodges decision to allow same-sex marriage in the United States.

In his dissent to that ruling, Chief Justice John Roberts wrote, “From the standpoint of history and tradition, a leap from opposite-sex marriage to same-sex marriage is much greater than one from a two-person union to plural unions, which have deep roots in some cultures around the world.”

Roberts continued, “It is striking how much of the majority’s reasoning would apply with equal force to the claim of a fundamental right to plural marriage.”

The Obergefell decision, Flake said, emphasizes an evolution in American marriage from an institution based on social utility and child-rearing to one based on emotional attachment. This could open the door for reconsideration of polygamous marriage, based not on the religious directives cited by 19th-century Mormonism, but on mutual affection.

“The emphasis on human love has rationalized the expansion of the parties to traditional marriage,” Flake said. “People have begun to question whether these changes will allow for other changes, and specifically if polygamy will be acceptable.”

The legality of polygamous marriage has already been challenged by Nathan Collier, the star of the reality television show “Sister Wives” who recently applied for a license to marry a second wife. Collier cited the gay marriage ruling as his inspiration and said that he plans to sue if the pending application is denied.

This contemporary debate has added a new layer to Flake’s study of Mormon polygamous marriages.

“The marriages I am studying were unacceptable in their own time, so it is interesting to look at what made them unacceptable then and if that criteria holds today,” she said. “The question our society is now wrestling with is whether the multiplicity of partners is still unacceptable given the increasing emphasis on affection as denominating the boundaries of marriage.”

The new controversy around polygamy is still in its infancy and public opinion seems to largely favor monogamous marriage. The same Gallup poll that found that 63 percent of Americans surveyed found gay or lesbian relations morally acceptable reported that only 16 percent found polygamy acceptable.

Regardless of how public opinion shifts, Flake hopes that her database, which will be freely available for scholarly research, can contribute to a better understanding of how American marital and domestic norms can impact communities past and present.

What Is the ‘4th Side’? END_OF_DOCUMENT_TOKEN_TO_BE_REPLACED