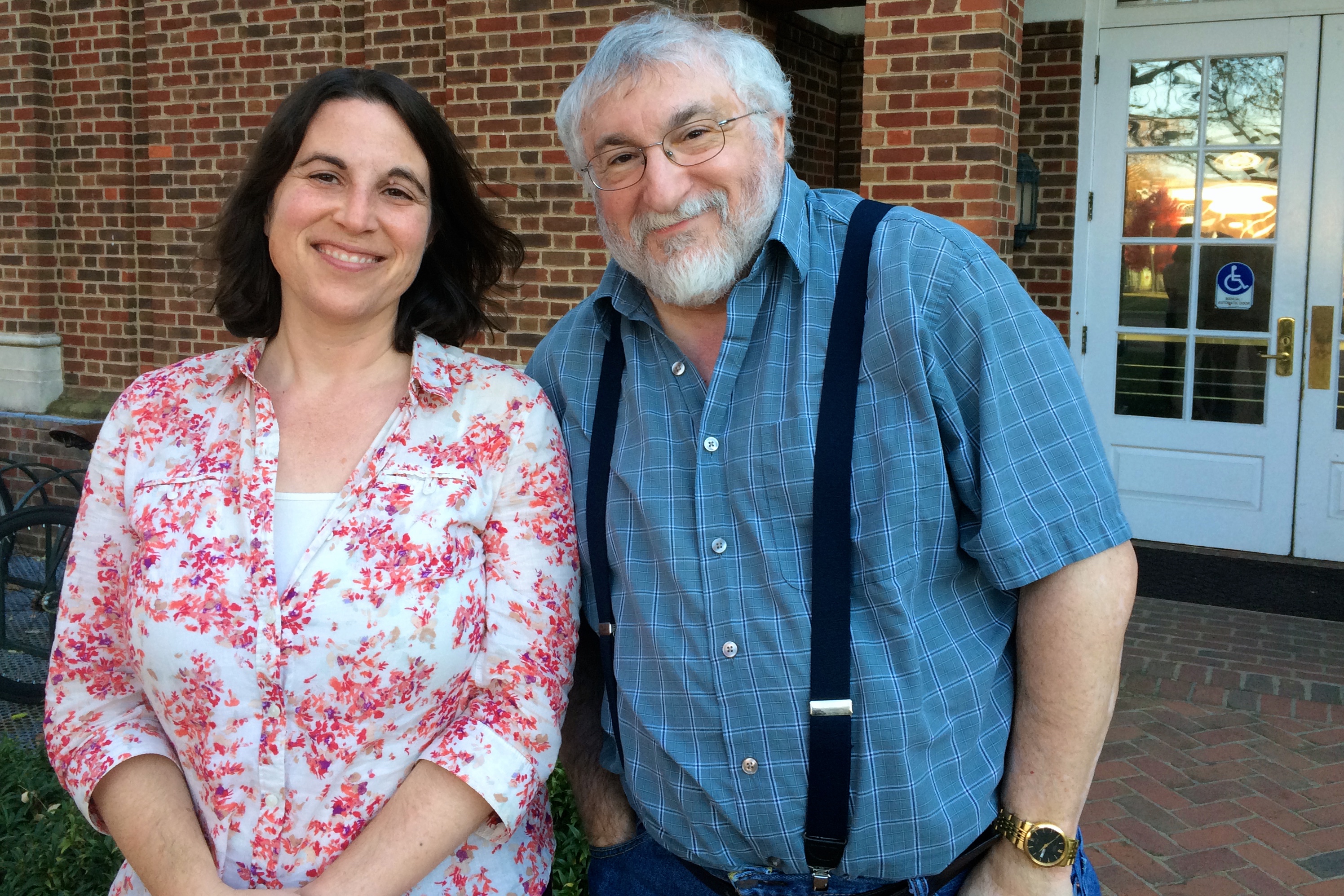 Economists are not famed for their romantic insights. But a new study by two University of Virginia economists, Leora Friedberg and Steven Stern, has found quantitative evidence of love – something very few economic studies ever have claimed – in married couples’ answers to two penetrating questions about the quality of their marriage, combined with their divorce rates six years later.

The questions are from the long-term National Survey of Families and Households, administered by the University of Wisconsin:

The study, published in the current issue of the International Economic Review, examines how 4,242 households answered those questions in a 1987-88 wave of the survey, and then again roughly six years later, on average, for the 1992-94 wave.

Only 40.9 percent couples accurately identified how their spouse would answer the question. So almost 60 percent of couples had imperfect (asymmetric) information about each other, and roughly a quarter of those had “serious” discrepancies in overall happiness (differing by more than one response category), notes the study, titled “Marriage, Divorce and Asymmetric Information.”

According to bargaining theory, the more that one spouse misjudges his or her partner’s happiness (particularly by overestimating), the more likely he or she will bargain “too hard” and make a mistake.

As an example, Stern explained, “If I believe my wife is really happy in the marriage, I might push her to do more chores or contribute a larger portion of the family income. If, unbeknownst to me, she’s actually just lukewarm about the marriage, or she’s got a really good-looking guy who is interested in her, she may decide those demands are the last straw, and decide a divorce would be a better option for her.”

In this scenario, pushing a bargain too hard, based on misperception of a spouse’s happiness (information asymmetry), will result in a divorce that wouldn’t otherwise have occurred.

Among these 4,242 couples, the data had the general shape predicted by bargaining theory. Divorce rates increased in strong linear correlation with couples’ reported unhappiness with the marriage, and with spouses overestimating their partners’ happiness – two strong indications that the answers were very sincere and accurate, Stern said.

While the average observed divorce rate was 7.3 percent, the rate was higher for couples in which one spouse overestimated how unhappy the other spouse would be if they separated, at 9 percent to 11.7 percent, and even higher if the misperception was serious (with answers differing by more than one response category), at 13.1 percent to 14.5 percent. Among those couples at the opposite end of the spectrum, in which both couples said they would be “worse” or “much worse” off if they separated, the divorce rate was substantially lower – only 4.8 percent.

While the general trend of divorce rates was consistent with bargaining theory, among spouses who misjudged each other’s happiness in the marriage, bargaining theory predicted a divorce rate much higher than it actually was. What would explain this? That’s where love comes in.

“We started out trying to explain the findings by modeling bargaining between the spouses,” Friedberg said. “This data shows that people aren’t being as tough negotiators as they could be, and then we realized that we needed to include caring in the model for it to make sense.”

With that observation, Friedberg and Stern, both of whom are professors in U.Va.’s Department of Economics, put themselves among a very small group of economists in history to have plausibly identified evidence of love in the real world.

“The idea of love here is that you get some happiness from your spouse simply being happy,” Friedberg said. “For instance, I might agree to do more house chores, which reduces my personal happiness somewhat, but I get some offsetting happiness simply knowing that my partner benefits.”

Economists are always looking for people to reveal their preferences through action rather than simply reporting their attitudes, Stern noted. This set of questions provides couples’ reported attitudes toward each other along with their revealed preferences: whether they are divorced or together six years later.

Friedberg added, “These two questions seem to have revealed something fairly profound, something no other surveys have uncovered.”

Friedberg and Stern realized their modeling could address one more issue. With imperfect information about each other, the couples must be making some bargaining mistakes, causing unnecessary divorces by bargaining too hard. The “optimum allocation” of divorces would generate the most total happiness for all parties. What would that look like? And could any sort of public policy based on public information (i.e. the best possible public policy) nudge the total population closer to the optimal allocation of divorces?

As it turns out, the caring behind not-so-hard bargaining leads to overall divorce rates that are actually fairly close – just slightly higher – than the optimal divorce allocation. And there is no observable characteristic or quality recorded by this survey – such as couples’ age differences, education differential, income differential, household chore effort, etc. – that a policy could be based upon to generate a more optimal level of divorces.

Stern explains: “With any given set of observables, some couples will have good marriages and others will have bad marriages. Any public policy will be based on an average marriage observation, which can’t see things like how much the couple are fighting; whether they have the same long-term interests; whether one of the two are really in love with someone else; or how much each spouse values simply staying together, which would make divorce more painful. All of those things should matter. The government can’t create policy based on those things, because it can’t see them.”

As a result, couples on their own are substantially better at deciding when to divorce or not divorce than any policy could be.

Many U.S. states have altered their divorce laws since 1970 in ways that reduce the cost of divorce, and in recent years many leaders have proposed policies to make divorce more difficult in order to reduce the divorce rate. “In this study, we demonstrate why making divorce more difficult is not a good idea,” Stern said, and how, due to caring about each other, couples already are selecting divorces in a way that is quite close to optimal.

Class of 2020: Memories and Moments From a Long-Anticipated Celebration END_OF_DOCUMENT_TOKEN_TO_BE_REPLACED

Business & Government
Q&A: Britney Spears, Conservatorship and What the Law Says
Naomi Cahn, director of the School of Law’s Family Law Center, shared her expertise about conservatorships, Spears’ situation and what could come next in the legal battle.