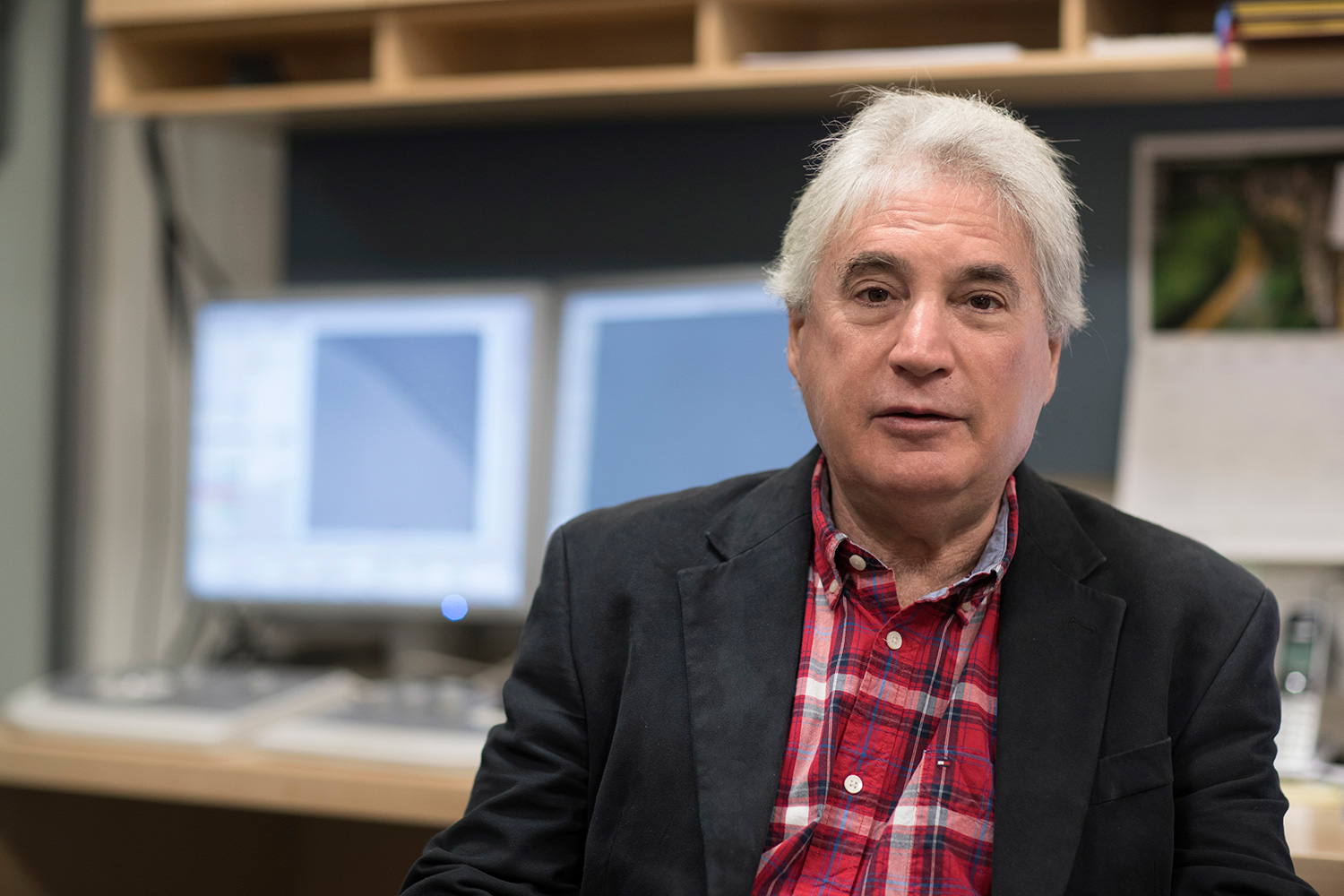 Scientists at the University of Virginia and elsewhere have made a surprising discovery about how strange bacteria that live in soil and sediment can conduct electricity. The bacteria do so, the researchers determined, through a seamless biological structure never before seen in nature – a structure scientists could co-opt to miniaturize electronics, create powerful-yet-tiny batteries, build pacemakers without wires and develop a host of other medical advances.

Scientists had believed Geobacter sulfurreducens conducted electricity through common, hair-like appendages called pili. Instead, a researcher at the UVA School of Medicine and his collaborators have determined that the bacteria transmit electricity through immaculately ordered fibers made of an entirely different protein. These proteins surround a core of metal-containing molecules, much like an electric cord contains metal wires. This “nanowire,” however, is 100,000 times smaller than the width of a human hair.

This tiny-but-tidy structure, the researchers believe, could be tremendously useful for everything from harnessing the power of bioenergy to cleaning up pollution to creating biological sensors. It could actually serve as the bridge between electronics and living cells.

“There are all sorts of implanted medical devices that are connected to tissue, like pacemakers with wires, and this could lead to applications where you have miniature devices that are actually connected by these protein filaments,” UVA’s Edward H. Egelman said. “We can now imagine the miniaturization of many electronic devices generated by bacteria, which is pretty amazing.”

Geobacter bacteria play important roles in the soil, including facilitating mineral turnover and even cleaning up radioactive waste. They survive in environments without oxygen, and use nanowires to rid themselves of excess electrons in what can be considered their equivalent to breathing. These nanowires have fascinated scientists, but it is only now that researchers at UVA, Yale and the University of California, Irvine, have been able to determine how G. sulfurreducens uses these organic wires to transmit electricity.

“The technology [to understand these nanowires] didn't exist until about five years ago, when advances in cryo-electron microscopy allowed high resolution,” said Egelman, of UVA’s Department of Biochemistry and Molecular Genetics. “We have one of these instruments here at UVA, and, therefore, the ability to actually understand at the atomic level the structure of these filaments. … So this is just one of the many mysteries that we’ve now been able to solve using this technology, like the virus that can survive in boiling acid. And there will be others.”

He noted that by understanding the natural world, including at the smallest scales, scientists and manufacturers can get many valuable insights and useful ideas. “One example that comes to mind is spider silk, which is made from proteins just like these nanowires, but is stronger than steel,” he said. “Over billions of years of evolution, nature has evolved materials that have extraordinary qualities, and we want to take advantage of that.”

The research was supported by the National Institutes of Health, including grant R35GM122510; the Hartwell Foundation; the Burroughs Wellcome Fund; and other backers. UVA’s Titan Krios electron microscope and Falcon II electron detector, which were used in the research, were acquired with NIH S10-RR025067 and S10-OD018149, respectively. The cryo-EM imaging of filaments used to solve the nanowires’ atomic structure was performed at Yale’s cryo-EM resource facility.